It is impossible to watch a TV show and not come up with a fan theory that is just about accurate. There are loopholes in the show that give these theories the ability to be true. These theories can be witty, accurate, sad and sometimes, really hilarious. These theories will have you at the edge of your seats and laughing. Here are 17 fan theories which are too good to not know:

1. The Fan Theory about Shrek and Pinocchio

This fan theory is as crazy as it can get. Fans believe the donkey in Shrek is one of the kids from Pinocchio. Why? Because boys from Pleasure Island were converted into donkeys. What makes us so sure that one of them didn’t escape and land up in Shrek? Nothing. There is a solid chance, at least according to this fan theory, that Donkey in Shrek is a kid from Pleasure Island.

Fan theories can be difficult to trust but this one is downright bizarre. Fans believe the entire show exists only in Phoebe Buffay’s head. She saw six friends having coffee together and she made up their stories to convince herself they actually were her friends. She kept imagining things and made up the entire show. This seems impossible but that’s how most of the fan theories are. This one just makes Phoebe schizophrenic.

3. This Fan Theory makes Kevin from The Office a genius

Fans from all across the world have come up with yet another bizarre theory. Fans believe Kelvin Malone from The Office, the guy who messed things up, was actually a genius. Now, who is to tell the fans that these theories may not be accurate. But this could be true. Kevin has always been good at math. He saved enough to buy a bar. This proves that he isn’t as big a muddle-head as we think he is.

4. It’s Always Sunny in Philadelphia starts with date and time because they are testifying against each other in court.

Fans believe Admiral Ozzel from Star Wars: Episode V – The Empire Strikes Again is actually a rebel spy. Ozzel tries to dismiss rebel shield generator and gets Vader involved. He gives time to the rebels to activate this shield. This decision clearly proves that he could have been a rebel spy.

6. Fan theories suggest Loki was controlled by the Tesseract

Fans believed t see Loki’s eyes glowing a lot of times. Loki also shed a tear when Thor tried to talk sense into him. This proves that he was controlled by Tesseract even more than he let on.

7. The old Lady in Ratatouille is the food Critic’s Mother

8. The Jetsons and the Flintstones live in the same dystopian future

Fan theories suggest that the Jetsons and the Flinstones may actually be living in the same time period. They might coexist in the same dystopian future.

9. James Bond is not a spy but a distraction

Fan theories suggest that James Bond, the most famous and loved spy, may actually not be a spy at all. He may be only a distraction to keep the bad people away from the actual spies. This theory is as bizarre as it can get.

10. Monsters in Courage The Cowardly Dog are actually normal People 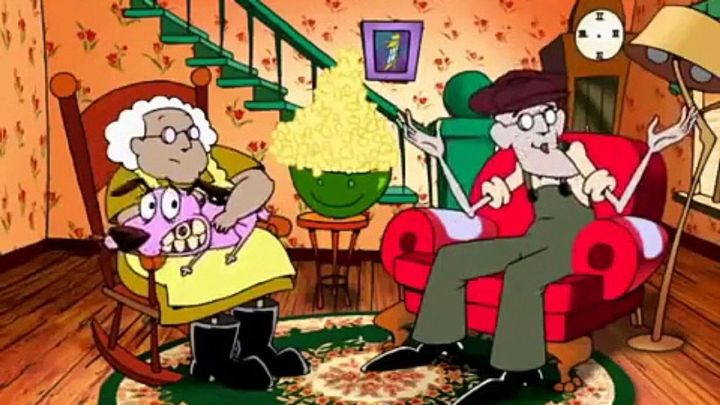 Fan theories make claims that can otherwise not be proven. So, one of such theories claim that monsters from Courage the Cowardly Dog are normal people. Although they seem monsters, but that is only from Courage’s point of view.

Fans suggest that ‘The Matrix’ has no reality. The reality shown in it is actually another layer of the matrix which is also false.

12. Gilmore Girls: A Year in the Life is the actual show

These peculiar theories claim that Gilmore Girls: A Year in the Life is the actual show. The assumed original series Gilmore Girls is only flashbacks of the characters.

13. Dawn was the Cause of Joyce’s aneurysm

Fans believe Dawn caused Joyce’s aneurysm in Buffy the Vampire Slayer. Joyce was Dawn’s mother and thus, had multiple artificial memories. These memories damaged her brain and killed her ultimately.

14. Andy hired parents because he was too embarrassed of his own 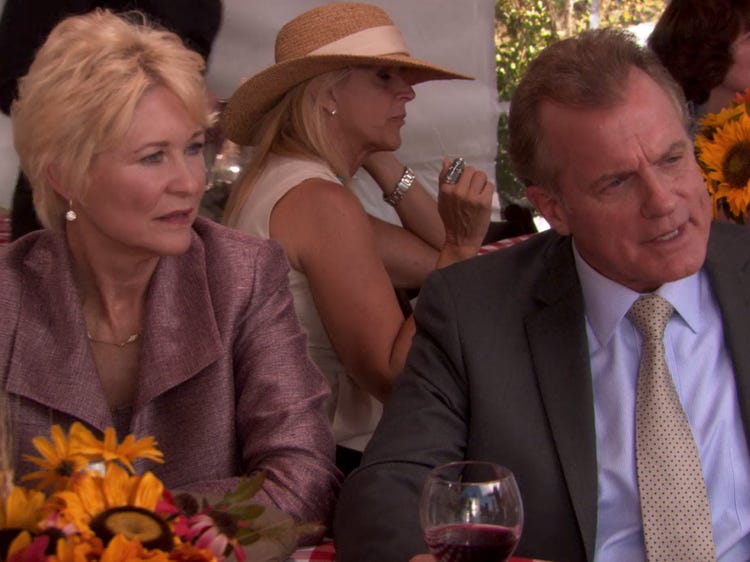 Another one of the crazy theories claim that we never saw Andy’s actual parents. He was so embarrassed of them, that he hired people to be his parents. He never wanted Angela to meet them and so, he didn’t introduce them.

16. The secret ingredient in a Krabby Patty from SpongeBob SquarePants is crab meat.

Although the name may suggest so, fans believe that Krabby Patty is made of crab meat. They believe this is the ‘secret’ ingredient in the dish.

Moana dies in the thunderstorm and only meets gods after that. She returns to Te Fiti, where they bring her back to life. After this, she lives a normal life but she did not survive the thunderstorm.

Kaley Cuoco and Billy Nighy have a “magical” Subway lunch on the Role Play set in Berlin.

Photo of Kaley Cuoco celebrating her 36th birthday in Disneyland