Seven years after How I Met Your Mother‘s divisive series finale — and 16 years after audiences first met Ted Mosby, Robin Scherbatsky, Marshall Eriksen, Lily Aldrin and Barney Stinson — Hulu has commissioned an offshoot. Hilary Duff is attached as its leading lady, and several key members of HIMYM‘s creative team are back as executive producers, including original series creators Carter Bays and Craig Thomas.
“Kids, I’m going to tell you an incredible story: It’s the story of how two writers got lucky enough to make their dream TV show for nine seasons, and now get to pass the torch to an inspired new creative team with their own incredible story to tell, the story of How I Met Your Father,” Bays and Thomas said in a joint statement. “We are honored by their passion and vision, and look forward to helping them tell a legendary new story.”
So, what does this “legendary new story” entail? And who are these new writers looking to put their touch on the romantic comedy?
The following list assembles every piece of information about HIMYF that has trickled out so far, and debunks any unproven theories about the titular father’s identity. Keep scrolling for all the latest — we’ll continue to update as we inch closer to the premiere — then hit the comments with your hopes for HIMYF. 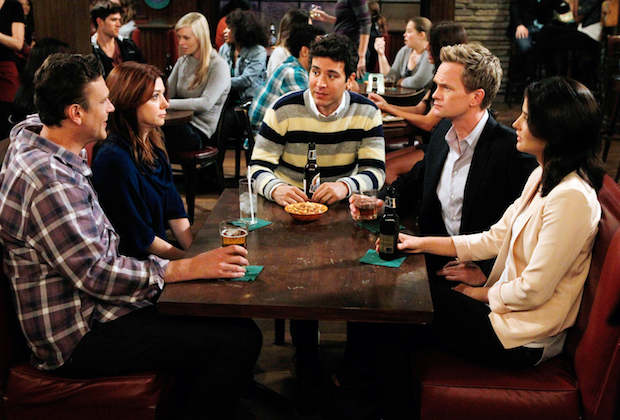 In the near future, new protagonist Sophie is telling her son the story of how she met his father — “a story that catapults us back to the year 2021, where Sophie and her close-knit group of friends are in the midst of figuring out who they are, what they want out of life, and how to fall in love in the age of dating apps and limitless options,” per Hulu. 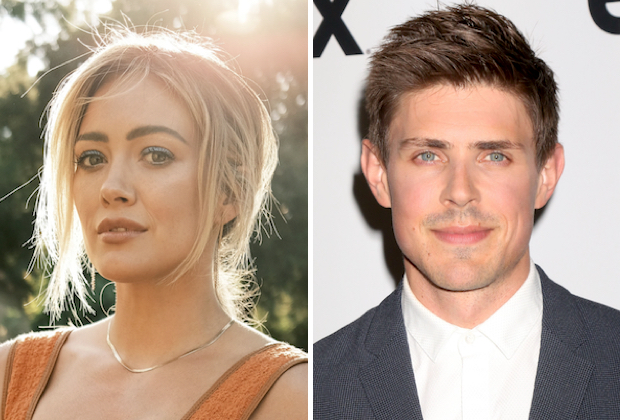 Hilary Duff (Lizzie McGuire, Younger) will play the above-mentioned Sophie. No further character details have been disclosed.
Chris Lowell (Veronica Mars, GLOW) will play Jessie. His character is described as “smart with a bit of an edge, and cynical about love. He is an aspiring musician who works as an Uber driver to make ends meet and lives with his best friend Tom.” (The role of Tom has yet to be cast.) 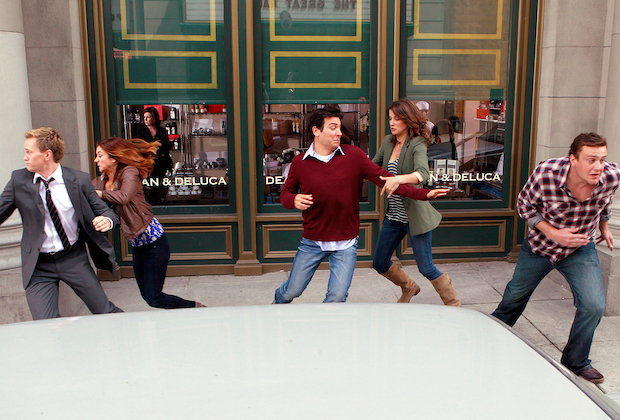 HIMYF will blend multi- and single-camera elements to give it a similar look and feel to HIMYM. Season 1 will consist of 10 half-hour episodes. 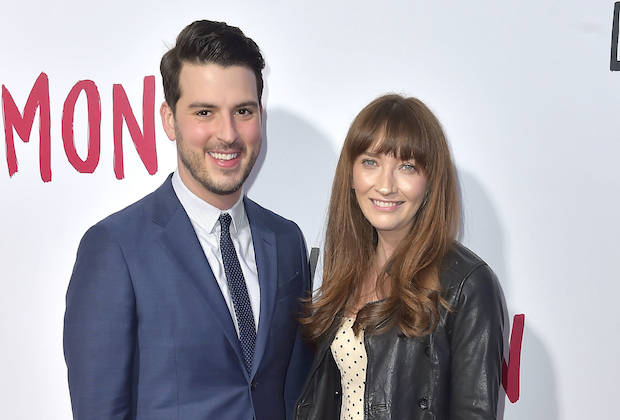 This Is Us co-showrunners Isaac Aptaker and Elizabeth Berger, whose credits also include Hulu’s Love, Victor, are shepherding the offshoot. They were first attached to develop HIMYF in 2016, but their commitment to the aforementioned NBC drama forced 20th Century Fox to put the kibosh on the duo’s planned pilot for the time being. 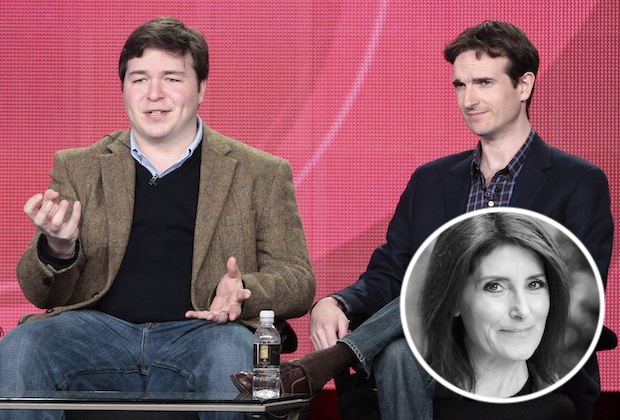 Aptaker and Berger will executive-produce alongside original series creators Carter Bays and Craig Thomas. Meanwhile, Pam Fryman, who directed all but 12 of HIMYM‘s 208 episodes, will return to direct the pilot and serve as an EP.

IS BARNEY THE FATHER? 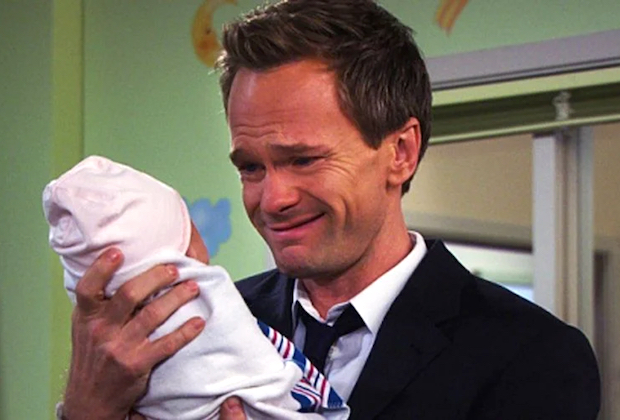 On the heels of April’s pickup, fans began speculating how the new show would be tied to its predecessor — if at all. One connective tissue could involve the titular dad. Because as many a fan has pointed out, Barney welcomed a child into the world in HIMYM‘s time-hopping series finale — and the mother’s identity was never revealed.
There’s just one problem with that theory: Barney had a daughter named Ellie. HIMYF, we’re told, takes place in the near future, as Sophie tells her son the story of show she met his father. (Of course, there is wiggle room…)

IS IT A REBOOT? A REVIVAL? A FLIM-FLAM? A STRATEGEM? A BAMBOOZLE? 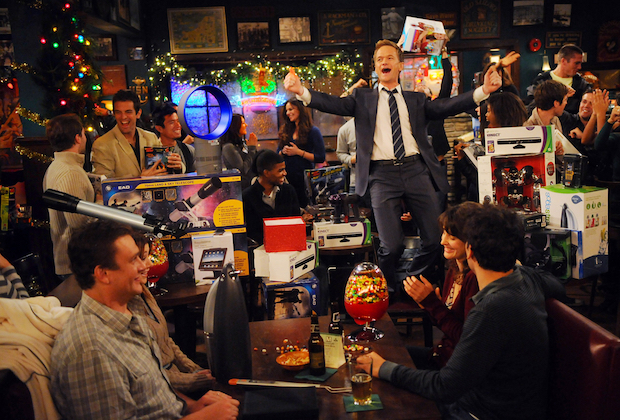 At the time of the original announcement, President of 20th Television Karey Burke said Aptaker and Berger’s show “honors the original and is entirely their own,” indicating that HIMYF is a gender-flipped reboot — or a “reimagining,” if you will. As of press time, no one from HIMYM is attached to reprise their role.

IS THIS DIFFERENT FROM HOW I MET YOUR DAD? 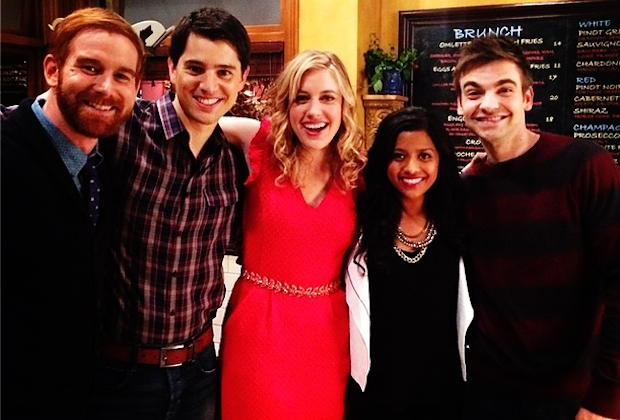 Yes. HIMYD was an entirely separate spinoff, which was piloted by CBS in 2014 and declared dead upon arrival. HIMYD was to be narrated by rom-com queen Meg Ryan, and starred future Oscar-nominated filmmaker Greta Gerwig. The cast also included Nicholas D’Agosto (Trial & Error), Tiya Sircar (The Good Place), Drew Tarver (The Other Two), Andrew Santino (Dave) and Anders Holm (Workaholics). A script was eventually leaked online — which we recapped here.
Two years later, Aptaker and Berger were brought in to develop HIMYF, and the rest is history.

IS THERE A PREMIERE DATE? 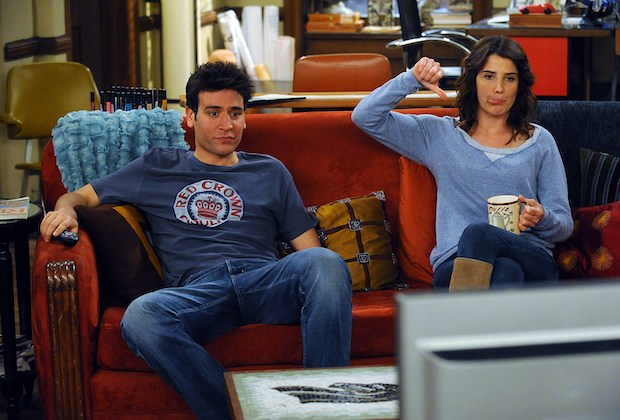 Negative. Hulu has not yet indicated a time table for HIMYF‘s release, but this page will be updated once TVLine learns more.