Josh Radnor, who played Ted Mosby in the popular sitcom How I Met Your Mother, recently made fun of the nearly decade-long show on the grounds that it seemed to be dragged for too long.

How I Met Your Mother was the next best thing to Friends for many of the post-Friends generation. It is one of those TV shows that can rekindle your faith in romance. Despite the strong character development, real-life storyline, and moments with the potential to melt your heart, fans were substantially disappointed by the ending.

It sure seems like Radnor understands this, and he didn’t shy away from expressing that he feels the same way in a recent Instagram post (which he appears to have since deleted).

The post was a picture of what, at first glance, seemed to be the DVD boxset of How I Met Your Mother. When you look at the cover, it actually says, “How I Stretched a 15-Minute Story into Nine F**king Years.” Radnor’s caption was simply “Well…yeah.” 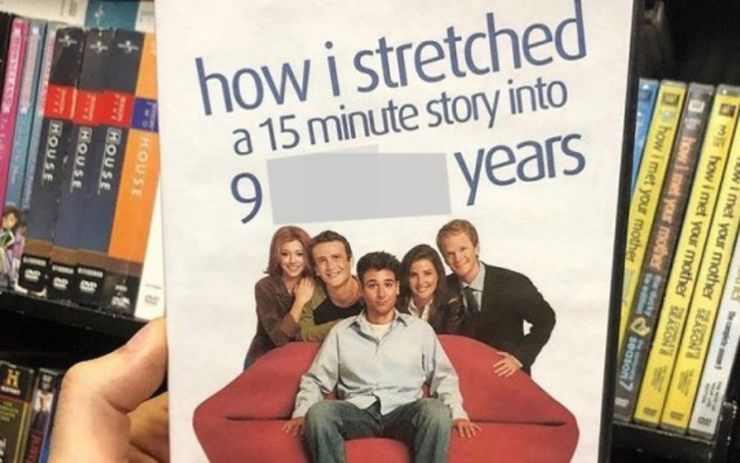 Some fans got excited and couldn’t stop laughing at this clever post and expressed their agreement in the comments. On the other hand, some said that despite the ending not being up to the mark, they thought it was the greatest show ever and showered the post with love.

In other news, Cobie Smulders, who plays Robin in the show, expressed her positive thoughts about the ending, saying that, “People are going to feel how they’re going to feel about that. But I think that there’s been enough time.” She talked about how when people watch the show after learning the ending, they will view it in a different light and “get a little bit more of a connection for other relationships.”

Nonetheless, it cannot be denied that the show indeed did surprise original fans with its twists and turns and an ending that no one could have anticipated. The show was an undeniable hit and launched Josh Radnor and his costars into stardom.