If we are talking about Josh Radnor, there is one character that will always come to our mind first. Ted Mosby from How I Met Your Mother is possibly the most romantic character ever written and Josh playing the role on the screen so well makes it even more special. Ted Mosby is one of the five main characters on the show. He is the narrator of the story of how he met his children’s mother. From his friendship with Lily and Marshall to his romance with Robin, this character will always have a special place in our hearts for being the most adorable person in the story. Josh Radnor Opens Up About Shedding ‘How I Met Your Mother’ Character, Actor Reveals He Is Creating Music.
While How I Met Your Mother had Barney Stinson play by Neil Patrick Harrison, Ted Mosby became iconic for all the lessons he taught his viewers about love, friendship and life in general. Josh essayed the role with utmost grace and made it look so real that every emotion felt by the character was felt by the audience too. The character was written with a lot of conviction, giving us a look into the reality of how love is. His character went through an amazing graph throughout the show and the best moment still remains when he finally finds the mother.
Today as Josh Radnor rings in his 47th birthday, we decided to take a look at some of the dialogues said by Ted Mosby on HIMYM. These quotes teach us about love and friendship and surely have a great meaning to themselves. Friends The Reunion: 5 Shows That Need a Reunion Special After Friends (Sports Grind Entertainment Exclusive).
Check The Quotes Below:

“You Can’t Cling To The Past Because No Matter How Tightly You Hold On, It’s Already Gone.” 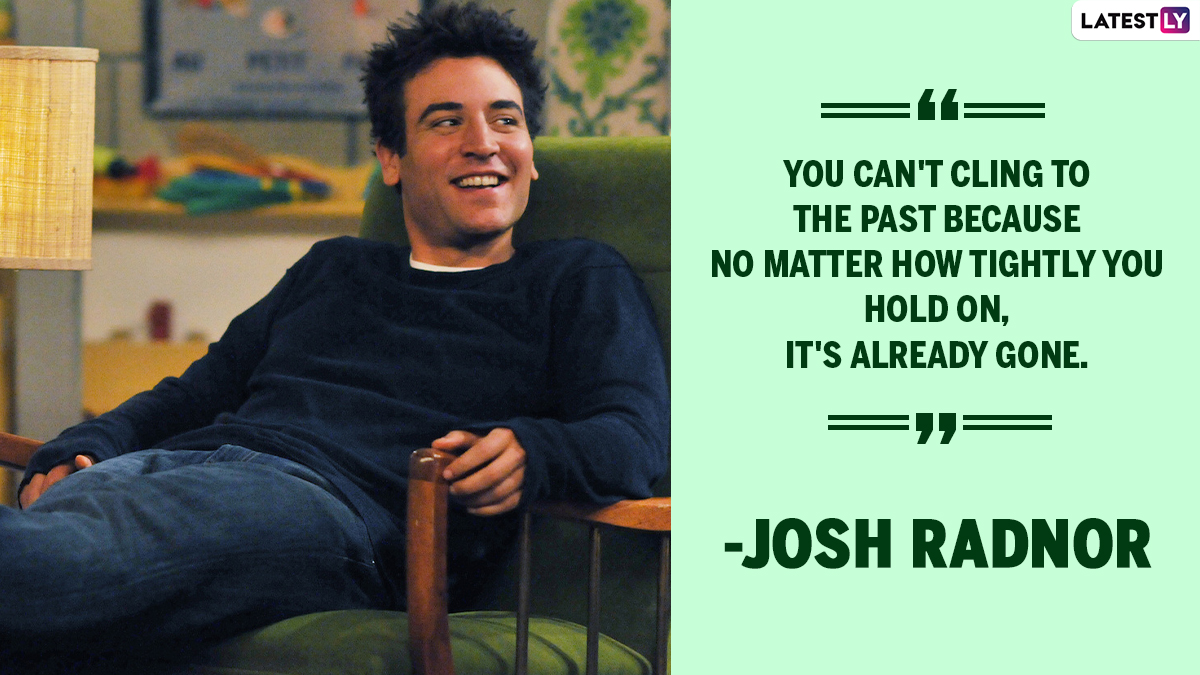 “Shouldn’t We Hold Out For The Person Who Doesn’t Just Tolerate Our Little Quirks But Actually Kinda Likes Them?” 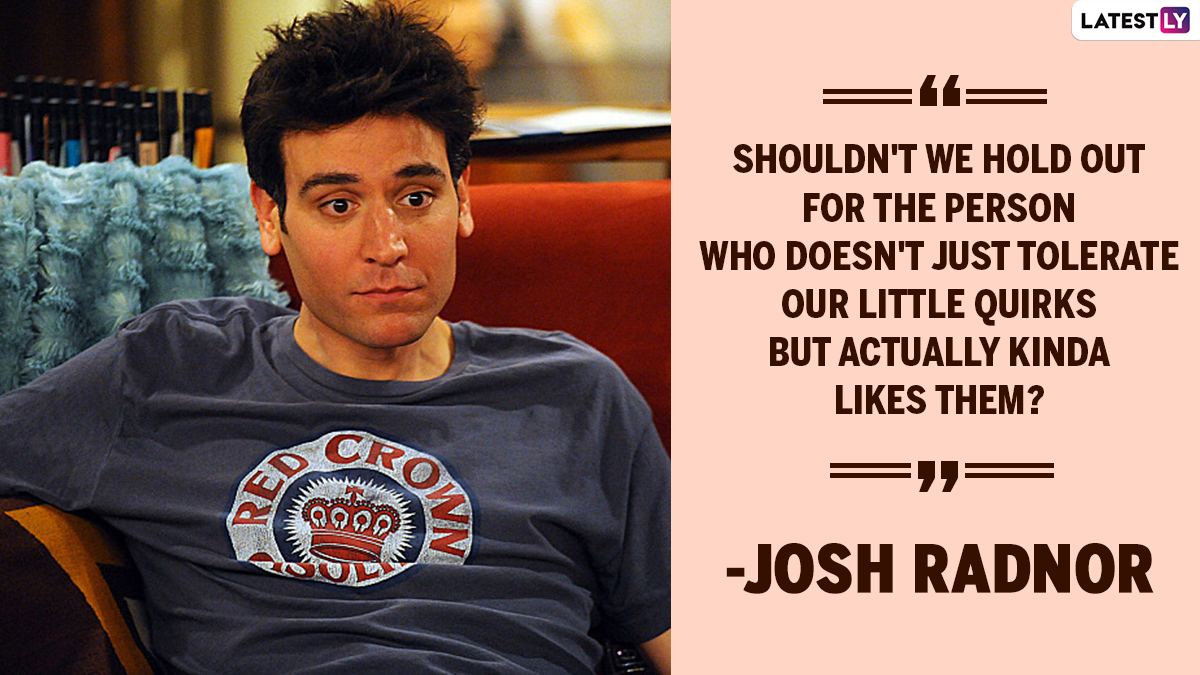 “Sometimes Even If You Know How Something’s Gonna End That Doesn’t Mean You Can’t Enjoy The Ride.” 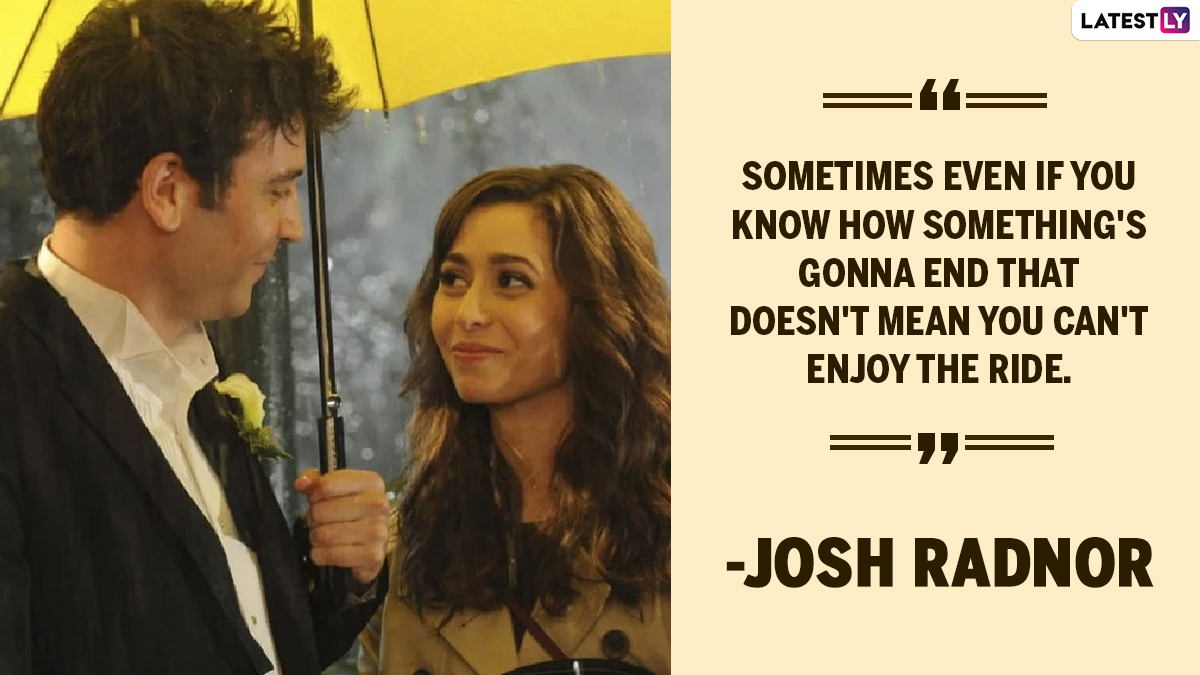 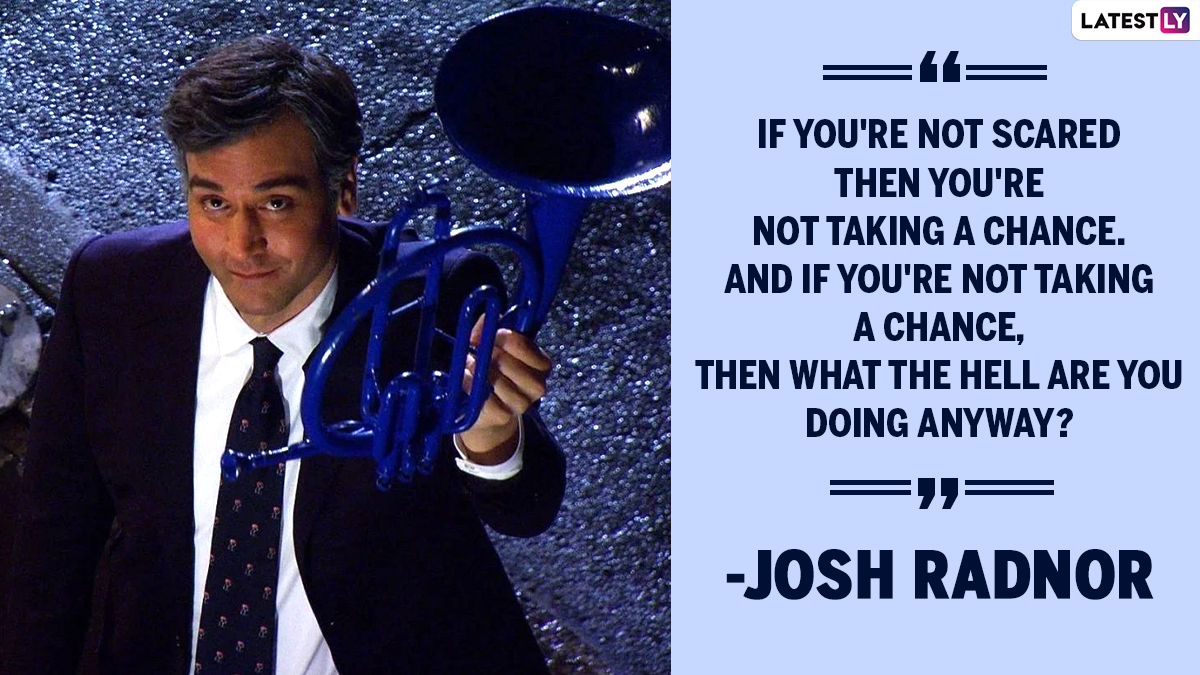 “You Can Ask The Universe For Signs All You Want But Ultimately We’ll Only See What We Want To See When We’re Ready To See It.” 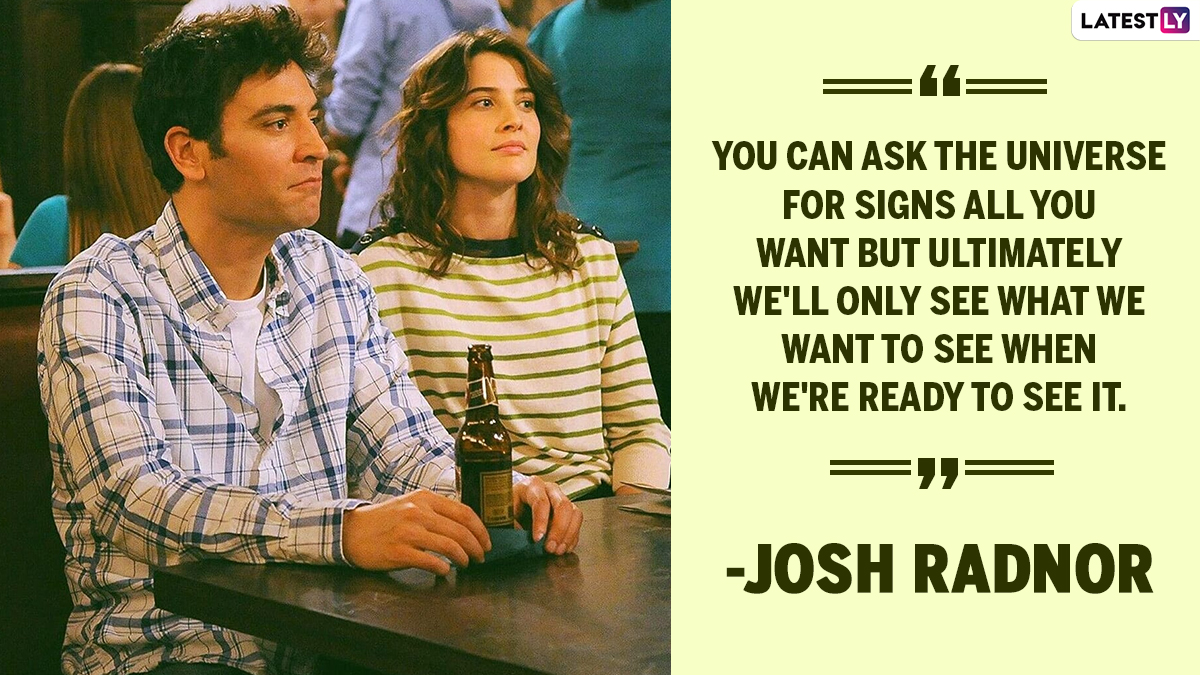 “Because When Baseball, Strippers, And Guns Can’t Help, The Only Thing That Can Really Heal A Broken Heart Is Time.” 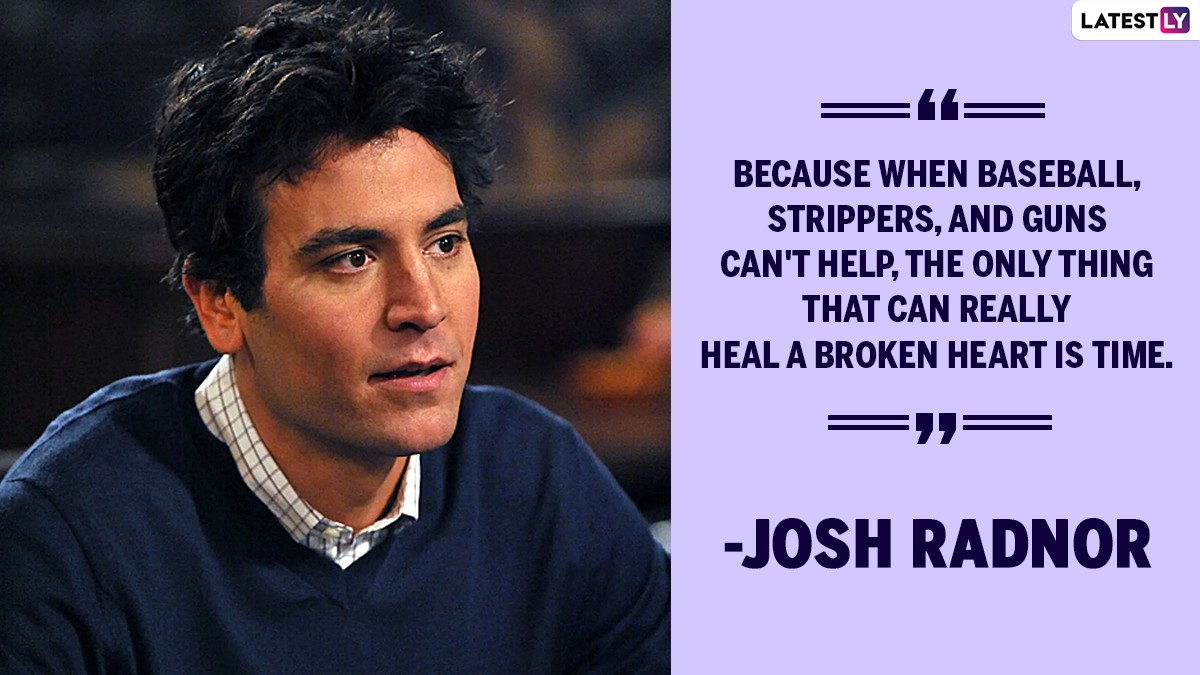 We thank Josh Radnor for essaying Ted Mosby so brilliantly and hope to see him essay more such characters on screen. Meanwhile, join us in wishing the star a very happy birthday.