Throughout the ten seasons, Friends was full of various plot twists. However, not all of them landed successfully in surprising the audience, and they ended up coming off as almost obvious rather than unexpected, particularly when the ongoing relationship between Ross and Rachel is concerned.
But while unsurprising, some of these twists were necessary to either test a character (such as Chandler getting cold feet before his wedding) or to help them move forward (Joey losing his big break is a factor in making up with Chandler). Others were just simply bound to happen and everyone knew it.

Monica And Chandler Getting Together 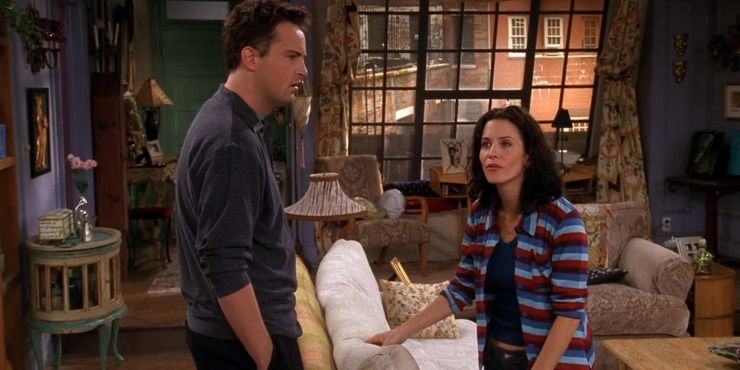 Although Chandler and Monica have one of the most interesting relationships in the series, the two getting together was not the most surprising twist. There were moments when the two seemed rather close in previous episodes, such as their tender moment in ‘The One with the Flashback’ and Chandler trying to convince Monica that he was a good boyfriend in the beach house holiday.
So when these foreshadowing scenes are taken into account, their blossoming relationship is less shocking than it should be. 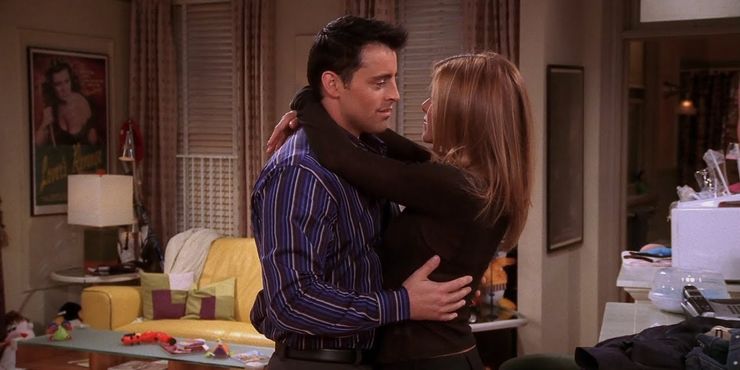 When the womanizing Joey fell in love with Rachel, it was unexpected and a little heartbreaking. But when Rachel later developed feelings for Joey, it was inevitable that they would end up going out.
Throughout the show, Rachel always ends up in a relationship with her crush at the time, even if it’s only for an episode or two. And although they were good pals already, Joey was no exception. And considering their closeness as friends, and Ross and Rachel’s relationship, it was also inevitable that they would break up too.

Marcel Is The Moonshine Monkey 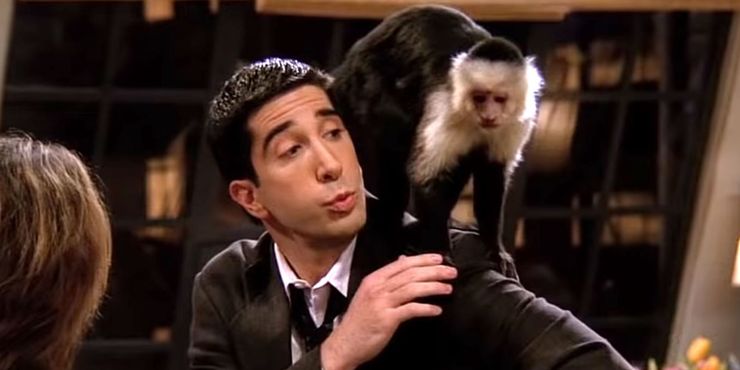 One of the sweeter plot twists earlier in the show was Ross’s brief reunion with his beloved pet monkey Marcel. Though it’s a relatively small plot twist, it’s no less predictable.
The moment ‘The Moonshine Monkey’ appears on a television commercial at the start of the episode, the audience knows it’s Marcel. It would be too much of a coincidence to include and focus on a monkey identical to Marcel at the start, and then for it to not be Marcel.

Janice And Chandler Breaking Up For Good 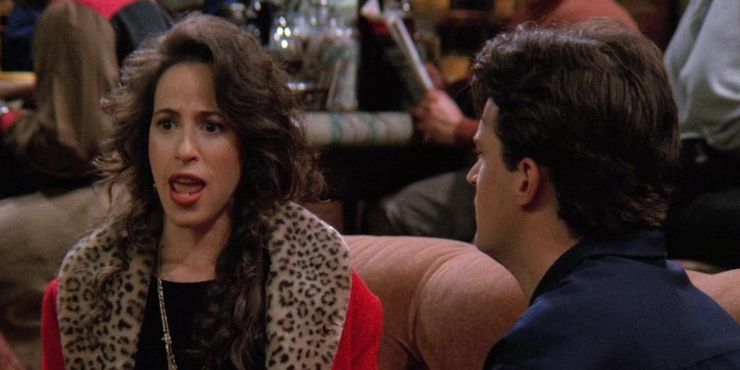 In the earlier series, Janice served as Chandler’s on-and-off girlfriend until they finally rekindled their romance properly in Season 3. However, this relationship was bound to end.
Considering Chandler’s past with Janice and how he felt about her before, it seemed unusual that he was genuinely happy to be in a relationship with her. So although it is a sad moment, it didn’t come as too much of a surprise when Janice decides to give her marriage another chance, ending their relationship for good.

Ross Being The Father To Rachel’s Baby 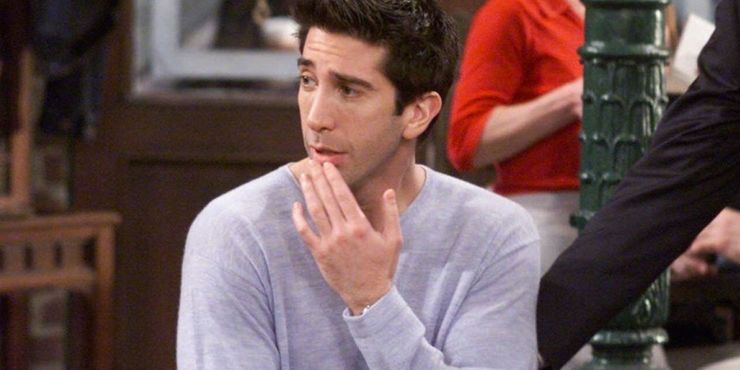 Rachel finding out she was pregnant is perhaps one of the biggest plot points in the show. But finding out that the father of her baby was Ross did not come as a surprise at all (Tag was even put in as a potential red herring before it was revealed).
Seeing as Rachel was not dating anyone at the time, it could not have been anyone other than Ross. In fact, it would have actually been an unexpected plot twist if anyone else but Ross was the father. 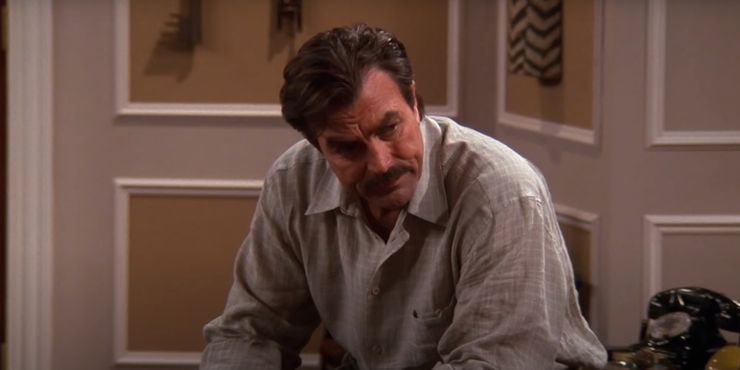 Richard and Monica were very clearly in love when they were together. The sole reason they broke up was that they wanted different things at the time, and they both took a long time to get over one another. So what better way to hinder Chandler’s proposal that was perhaps going a bit too smoothly?
Despite the predictable plot twist, as one of the most beloved secondary characters, Richard finally having to let go of Monica is still fairly sad to witness.

Chandler Disappearing Before His Wedding 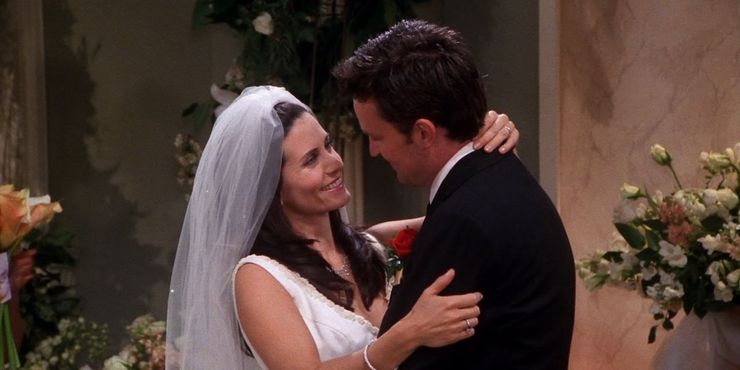 Before he was with Monica, Chandler frequently expressed fear of commitment in relationships. So when Chandler gets cold feet and disappears on the morning of their wedding, it feels somewhat expected, as it is more of a reminder of his character’s fears than a surprising plot twist.
But while it is one of the more predictable plot twists, this is a moment that shows huge growth in Chandler’s character, cemented further when he disappears again to buy a gift for the baby that he thought Monica was going to have. 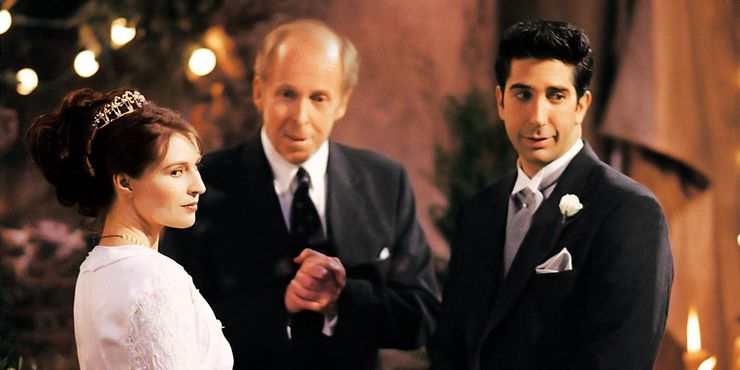 Ross and Emily’s whirlwind romance was doomed from the start. Their relationship and the marriage were rushed, and Rachel was unhappy with it from the start, especially as Emily was (understandably) angry with her on their first meeting.
So to see their marriage end almost as quickly as it started didn’t come as a surprise, nor did Rachel flying out to London in an attempt to stop the wedding. How it was ended, however, is perhaps one of the show’s biggest bombshells.

Joey Getting Cut From Days Of Our Lives 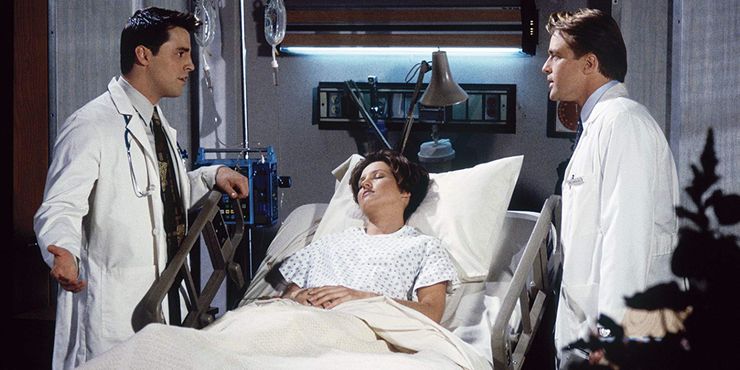 In the most notable moment of his career, Joey landed a recurring part on Days of our Lives through sleeping with the casting director, so it seemed odd to see Joey’s career go smoothly after years of struggling.
It is when Joey moves out after falling out with Chandler that intervention was called for to mend their friendship. So while killing off Dr. Drake Ramoray was expected, it wasn’t unwelcomed. Not only did getting cut give Joey that extra push to make amends with Chandler and move back in, but it makes his return to the soap opera more deserved.

Rachel Getting Off The Plane 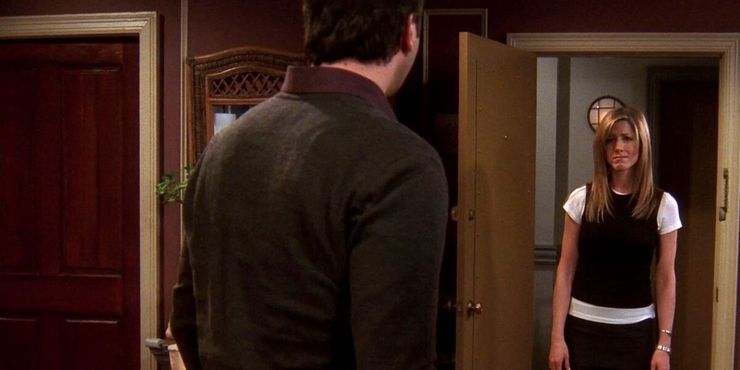 Out of the final plot twists in the last few episodes, Rachel getting off the plane is the least surprising and possibly the most disappointing.
Although the series went out of its way to build up to a possible ending where Rachel and Ross don’t get together, it was absurdly obvious that would never be the way things went. Still, it would have perhaps been nicer to see Rachel’s character growth rewarded with a dream job that she worked so hard to get.