The one with all the clothes! Jennifer Aniston, Courteney Cox, Matthew Perry, David Schwimmer, Matt LeBlanc and Lisa Kudrow just made dreams come true by launching the first ever (!!) Friends merch.

‘Friends’ Cast From Season 1 to the HBO Max Reunion: Photos

Yes, that’s right. The stars of the sitcom teamed up with apparel brand Represent to commemorate their favorite moments, quotes and scenes from the show, which aired from 1994 to 2004.

Here’s the deal: the collection, which is complete with t-shirts, sweatshirts, long sleeve tees, tank tops and mugs, will be released in three separate drops over the next nine months, each of which will be available for purchase for one month only.

The releases will also follow a chronological order. For example, apparel with references to season one to three is available today. The second drop will feature memories from season four to six and the final drop will highlight moments from seasons seven to ten.

Clothing from the first drop ranges in price from $29.99 to $49.99 and take it from Us, there’s some pieces you’re going to want to scoop up STAT.

The Crush, Where They’d Be Now and More ‘Friends’ Reunion Best Moments

There’s obviously a “We Were on a Break” sweatshirt — as well as a “We Were SO Not on a Break” t-shirt, because to be honest, this debate will never be settled.

And everyone can thank LeBlanc for creating a “Could I BE Wearing Any More Clothes,” sweatshirt, which is sure to be a fan favorite. Another must have? Kudrow’s “Smelly Cat” t-shirt. A wardrobe staple — obviously.

If you’re not already pressing the add to cart button on the entire collection, here’s a little incentive. A portion of proceeds are going to a great cause. Each of the cast members chose a charity that is close to their hearts.

“For the record … we were SO not on a break 🙄⁣,” Aniston captioned her Monday, August 2, Instagram post, wearing the “I Know” sweatshirt and “We Were SO Not on a Break’ hat. Excited to show you guys some pieces from the first ever @friends merch collection 👏🏼Half of my proceeds from this limited drop will benefit @americares, an organization I love … which is working to provide relief, mental health care, and medical aid to communities and individuals affected by Covid-19.”

Cox chose to donate to EBMRF, a non-profit raising awareness and money for Epidermolysis Bullosa, “a rare and debilitating genetic skin disorder, while Schwimmer said he will be donating money to The Rape Foundation, which “supports state-of-the-art treatment for child and adult victims.”

To see all the items from the first drop — and relieve the first three seasons — keep scrolling! Shop the collection at Represent.com/Friends. 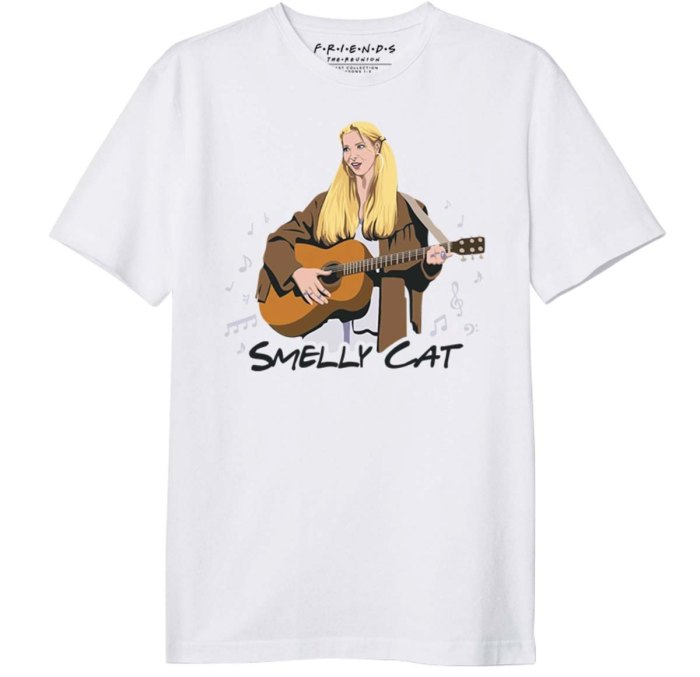 It doesn’t get any better! Show you’re love for Phoebe Buffet by wearing this shirt while rocking out to her most memorable single. 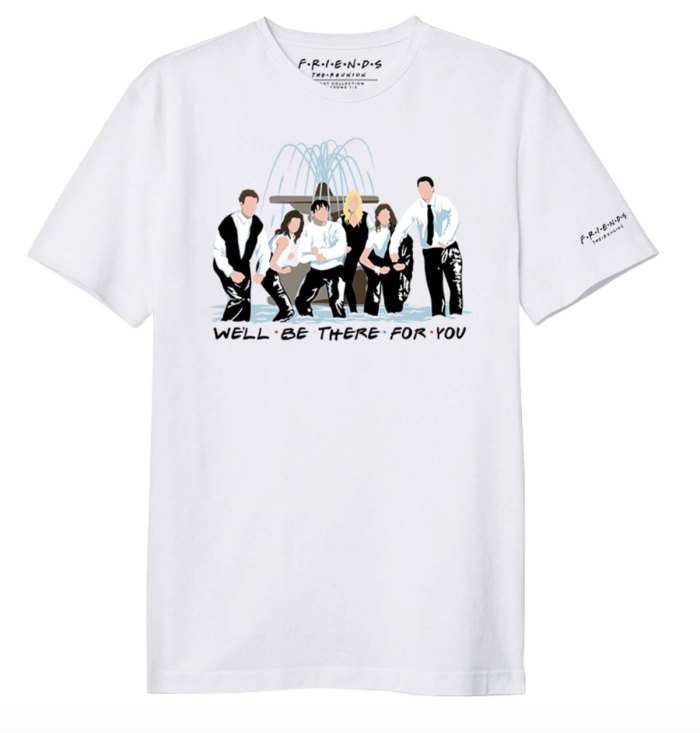 We’ll Be There For You T-Shirt

Always singing the Friends theme song? Us too! 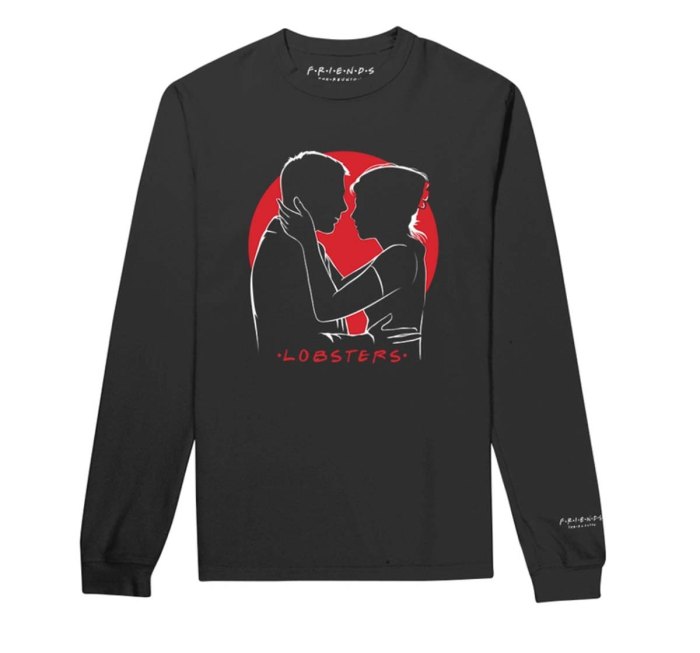 Commemorate Ross and Rachel’s first-ever kiss with this cosy long sleeve shirt, which retails for $39.99. 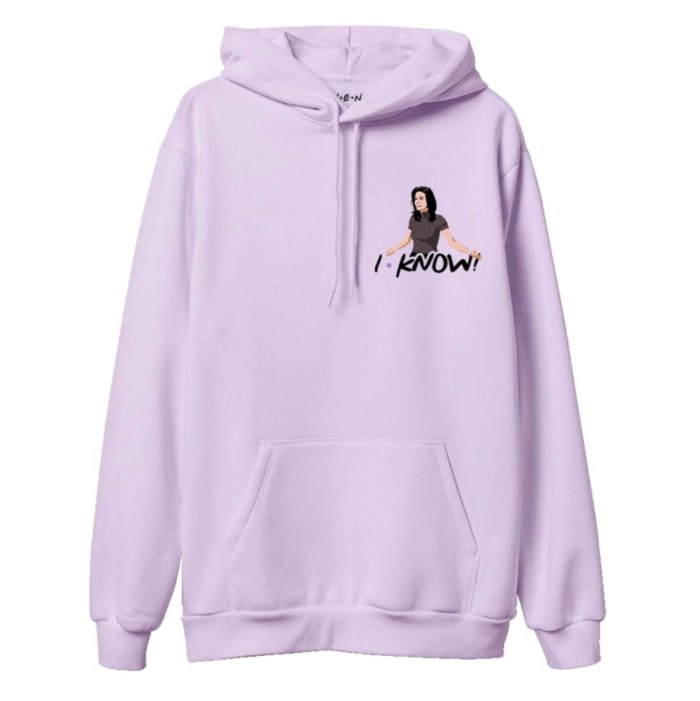 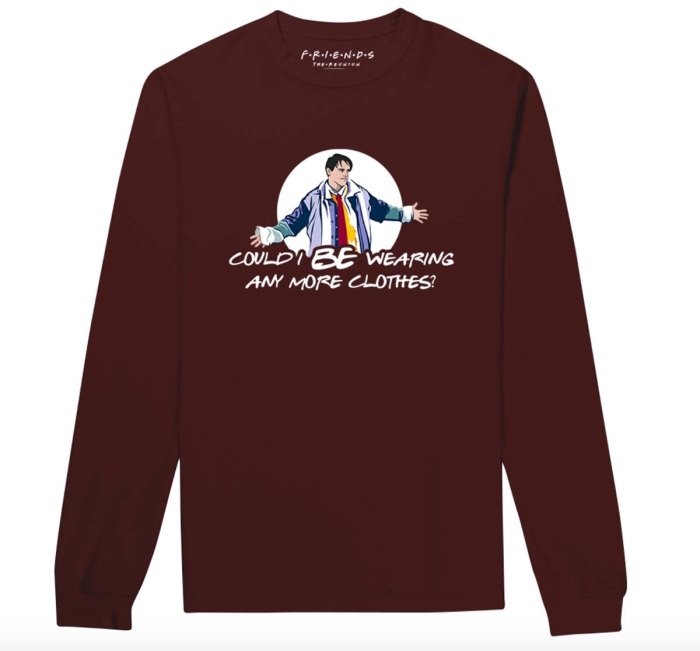 Could I Be Wearing Any More Clothes Long Sleeve

Dress like Joey and add another long sleeve to your ever-growing collection. After, there’s no such as thing as too many clothes. 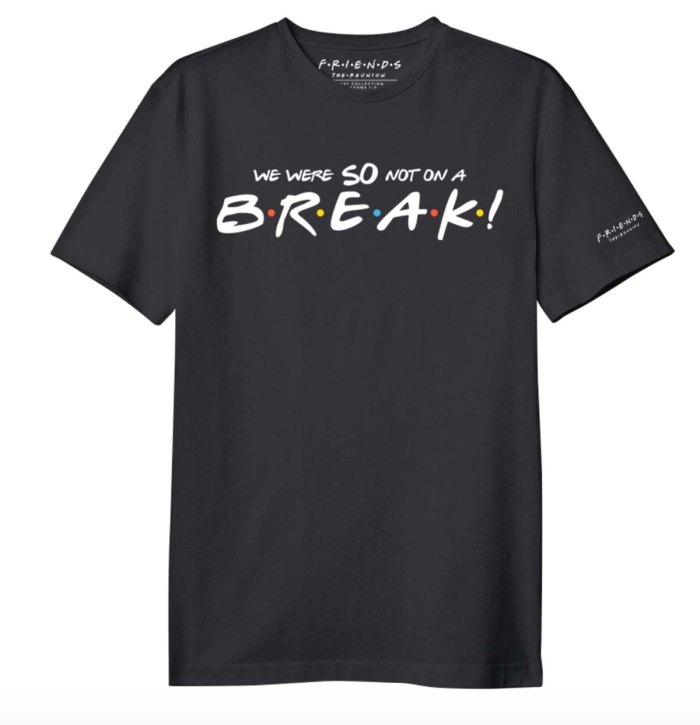 We Were SO on a Break T-Shirt

Team Rachel? Show your support with this iconic tee. 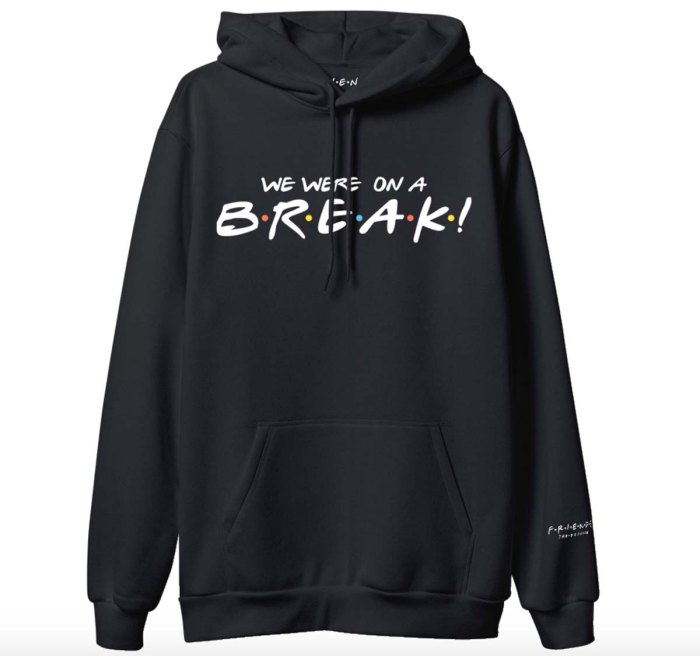 We Were on a Break Hoodie

Were they or weren’t they?! It’s a hot topic, but adding this sweatshirt to your cart will certainly show where you stand.