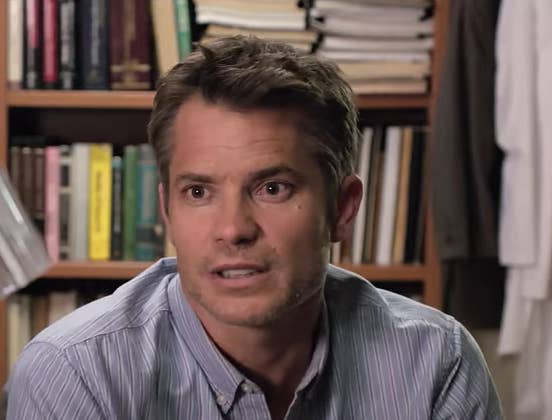 “How many men would go to the lengths he did to make their spouse happy?”
“He was so supportive even if he wasn’t 100% convinced something was a good idea. He was the best.”

“Winston from New Girl is not only the best character in the show, but one of the best characters in TV history. All he wants to do is sing Wicked, wear bird shirts, hang out with his cat, and do puzzles. We love unproblematic king Prank Sinatra!”

3. Michael from Jane the Virgin 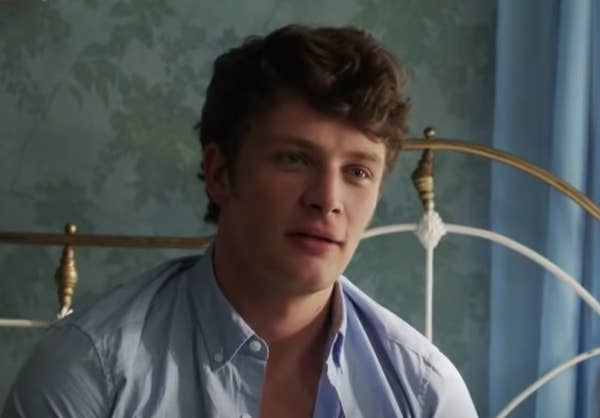 “He was such a good husband to Jane!”
“When he said his vows in Spanish, it melted my cold, dead heart!”

“He is just so sweet and cute. The way he protects and cares for Alec is amazing.”
“He and Luke Garroway were the most unproblematic characters on Shadowhunters. They were the pillars most of the characters relied on during tough times.”

5. Jack Pearson from This is Us 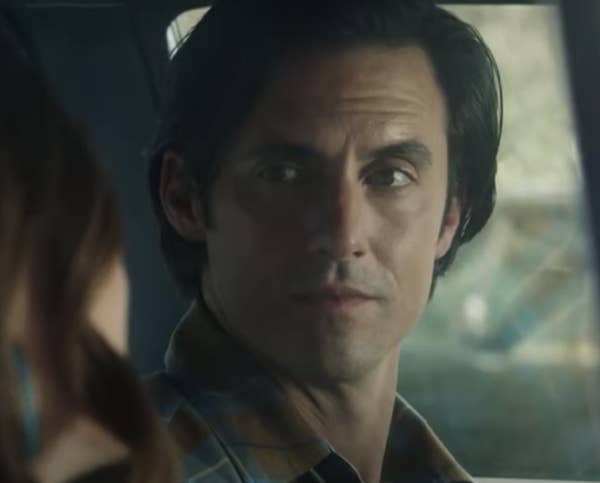 “He managed to be an amazing older brother for Nicky when their dad was abusive, and then became an amazing parent instead of following in his father’s footsteps. The fact he went back into the fire to save his daughter’s dog shows how much he hated to see those he loved in pain.”

6. Chidi Anagonye from The Good Place 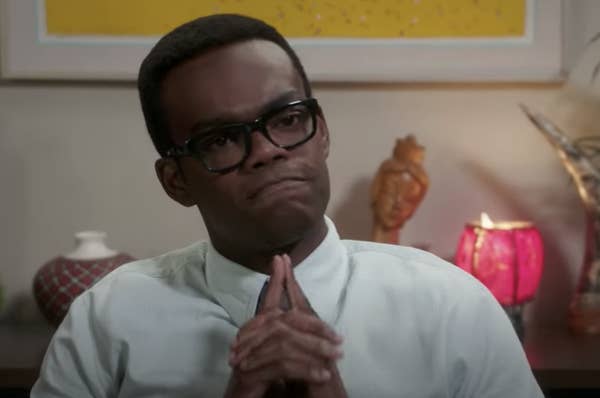 “He might not have been perfect but he was just so pure!”

“He’s a sensitive, non-threatening, well-educated man who puts others ahead of himself. He carries the team, and not to mention he’s super attractive.”
“Not only is the show so underrated but Mathew Gray Gubler also never gets appreciation for his stellar performance on the show. Dr. Reid is a gentle soul who’s been through hell and back but doesn’t use that as an excuse for bad behavior.” 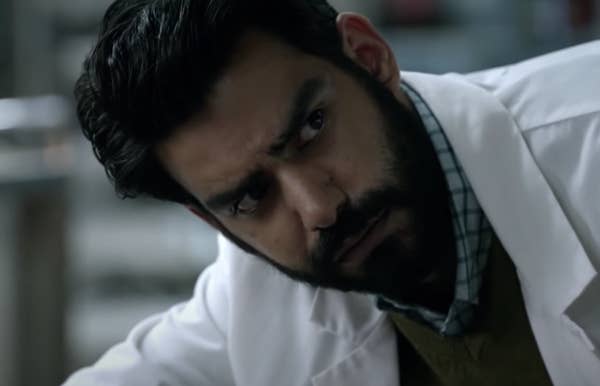 “He was so supportive of Liv from the start with her being a zombie and did whatever it took to find a cure. Plus he was so cute and funny! His friendship with Major was the best and his relationship with Peyton evolved into something great. He’s one of my favorite TV characters!”

“Lil Papi from Pose melts my heart. 🥺He’s such a supportive person especially to Angel. Even after she blew him off for modeling gigs, he understood it was her passion and that she needed every opportunity she could get because she’s a Black and Latinx trans woman. My favorite scene with him is when he found out Blanca had HIV and he broke down saying he was there to fight for her and protect her!” 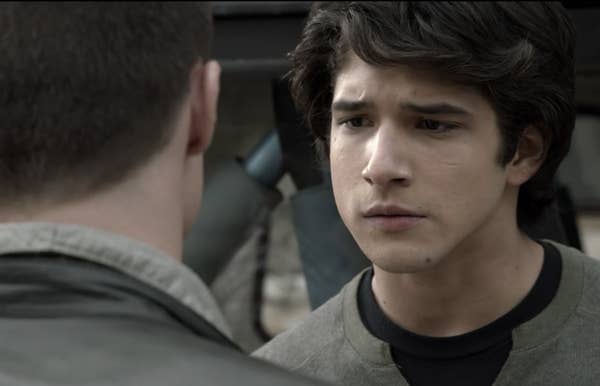 “Scott and Stiles are both kind, loyal, and protective. They’ve always looked out for Beacon Hills no matter what!”
“The ‘hot girl’ scene is Scott’s most iconic moment but he was also so cute with Kira, like when Kira asked what he was smiling at and he said ‘you’ or when he told her he wasn’t sorry for their awkward moment.” 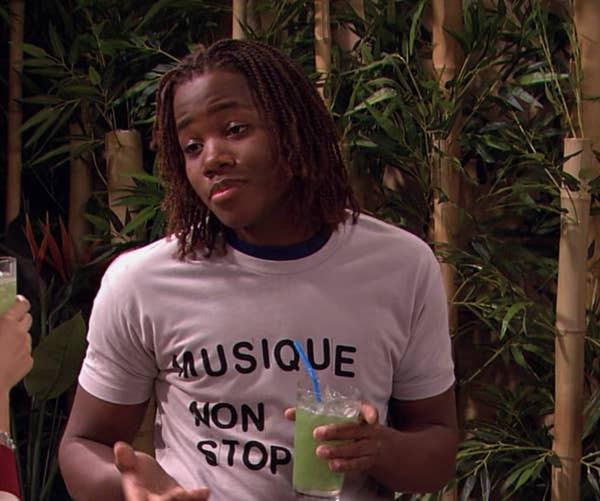 “Y’all slept on him! He was always there for Tori whenever she needed him and he was so talented!”

12. Marshall from How I Met Your Mother

“Not only was he the very best husband to Lily, but he also was always there for his friends no matter how ridiculous they were. From helping Barney play pranks on the office next door to drilling Ted out of a mailbox, his friendships came first. But he also never hesitated to talk sense into the friend group when they needed it. Also he was just incredibly lovable and I wish more guys were like him!”

“He was so supportive of everyone and was honestly the nicest character on that show!”

“He’s into his more capable double agent (Jennifer Garner) and not at all bothered by the fact she kicks 10x more ass than him, even if he’s a badass in his own right. Throw in being able to speak several languages and play hockey…sigh.” 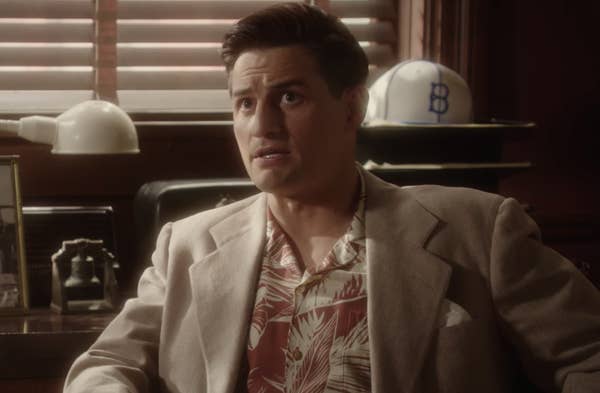 “He stands up for Peggy in a VERY male-dominated society and job. He’s the kindest TV show man I’ve seen, he does his job, and he looks adorable all the while.”
“He was so supportive of Peggy, valuing her opinions and treating her as an equal while all the men around her acted as condescending, sexist pigs!!”

“He’s the sweetest guy! He treats Alexis like royalty when they’re dating! Even while they were broken up, he gave her a job and never acted differently when Alexis broke up with him.”
“Dating the Roses could never have been easy, but Ted and Patrick were both so understanding of who their partners were and why they were that way, and so patient with their quirks. They were both so supportive and loving and warm and pushed their partners to be better without judgement. They also figure dout how to handle Moira and Johnny and that’s something. Honestly two amazing men (even with Ted’s puns).”

“His love for Bailey is so pure and unconditional, and I love his relationship with her son, Tuck. He would do anything for his family. One of the most wholesome TV characters!”

18. Ben from Parks and Recreation

“He loved Leslie for who she was and wasn’t intimidated by her in any way. He was also a great friend to every character and tried to help them in any way that he could (remember that time he helped April and Andy learn to budget?). To top all of that off, he was great at his job and was in public service because he genuinely wanted to help people.”

“He was honest about his plans for the future and chose to do what would hurt him to prevent hurting Phoebe. He had a great sense of humor and genuinely loved Phoebe!”

“I’m a woman so I wouldn’t be his type but this ain’t about romance. He was loyal, strong, and absolutely hilarious. He was fearless — he was an out queer man who loved traditional feminine things, and lived in a sh*tty town filled with anti-LGBTQ people. By the end of the series, he was the only character I was still watching for. Nelson Ellis absolutely nailed that role and his death was such a huge loss for the acting world.”

21. And finally, Killian from Once Upon a Time 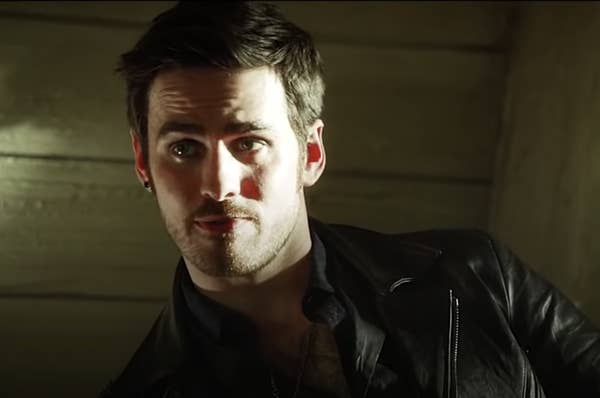 “He’s the sweetest guy and all he really wants is for Emma and Henry to be happy. He literally traded the last thing he had of his older brother (Liam) and his first love (Milah) TWICE just to bring Emma home. On top of that, he never forces Emma into anything and patiently waits for like two years until she’s ready to open up to him at the end of Season 3. His friendship with Belle is also pretty great, especially in Season 6 when he lets her stay with him while she’s pregnant.”