1. When Ezra revealed he met Alison and knew who Aria was and that she was underage before they met on Pretty Little Liars. 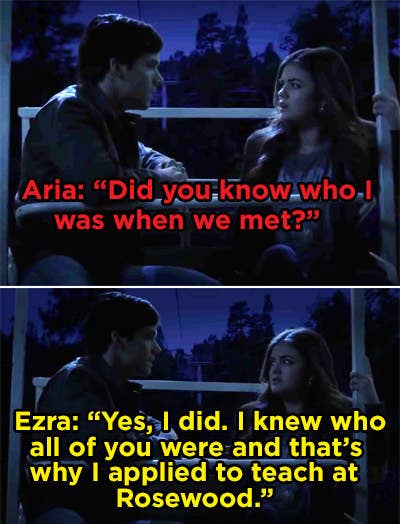 “Ezra was originally working undercover and planning to seduce Aria for his book about Alison, which he also had a thing with.”

2. When Love Quinn told Joe that she was also a stalker and murderer on You.

“It was stupid and clearly only done so the finale would have a plot twist. Ruined the show for me.”

3. When Alex left Seattle to be with Izzie on Grey’s Anatomy. 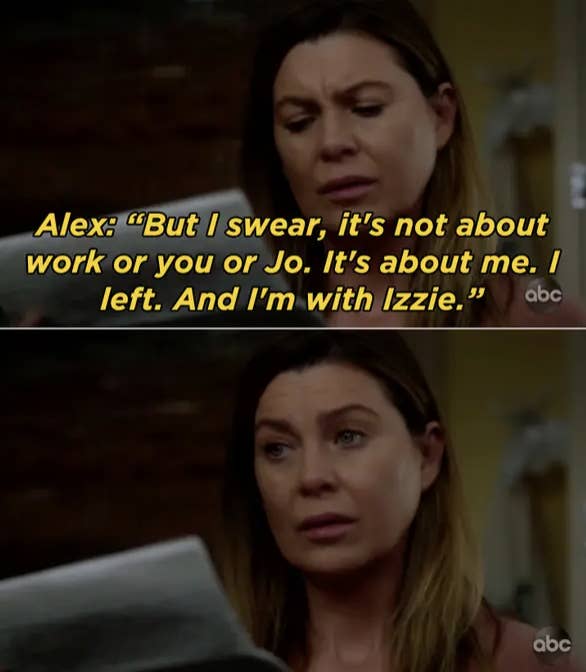 “The entire show, he grew from being hated to being a great surgeon in a stable relationship with Jo just to abandon ship. I understand the actor left abruptly, but I would have rather his character died with his integrity than to be written of in a way that destroyed his entire story arc.”

4. When Cece was revealed as “A” on Pretty Little Liars. 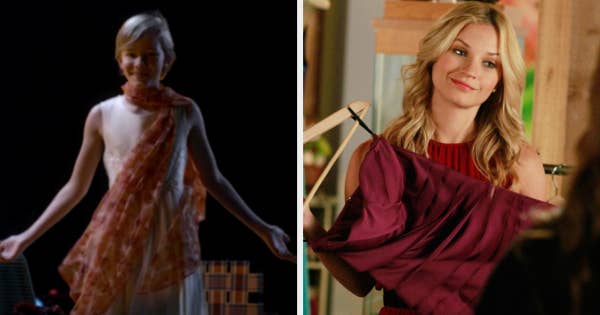 “Aside from the many other plot holes and misguided writing choices, making a trans character, Cece, the super villain is an overused and extremely offensive trope. Additionally, using a cisgender actor to play a trans role takes away an opportunity from a trans actor.”

5. When 13 Reasons Why revealed that Justin Foley had HIV-1 that progressed to AIDS, and then he suddenly died.

“How do you give a character who had so much growth — he was a person we hated in the first season and eventually became the absolute favorite — that kind of ending?”

6. When Logan was killed off on Veronica Mars.

“Not only was it a terrible move for the show, but the WAY in which he died was even more infuriating to lots of fans. It kinda felt like a big ‘screw you’ after such long-term dedication from fans.”

7. When Chuck found out his father Bart had faked his death on Gossip Girl.

“It was so pointless and random, and he was just going to die the next season. He should have just stayed dead.”

8. When Debra realized she was in love with her brother Dexter on Dexter. 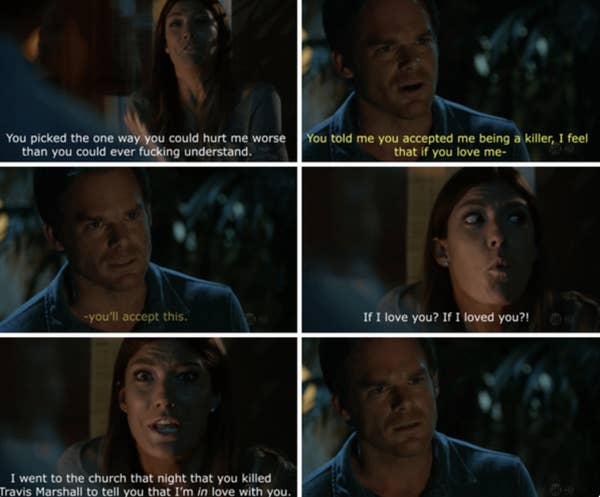 “The whole last couple seasons were all over the place. It was such a messy ending to what was a really interesting, creative show! They jumped the shark with Deb falling in love with him and the faked death at the end.”

9. When How I Met Your Mother is revealed to actually be a story about Ted’s love for Robin and not the mother. 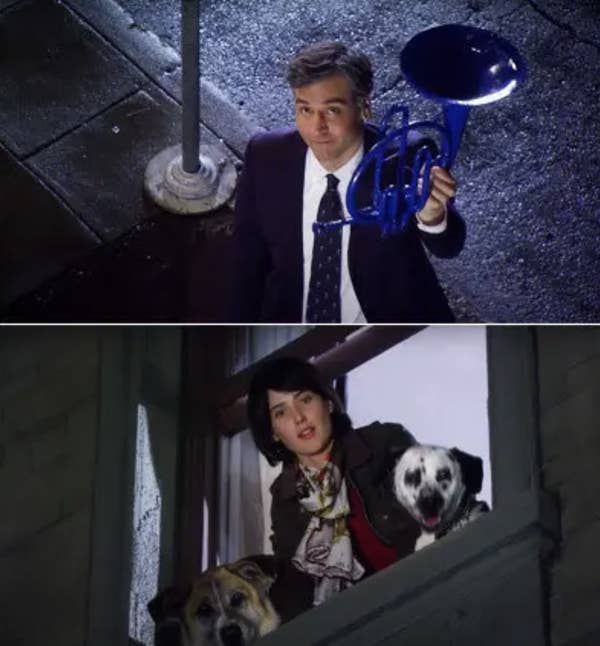 “The ending is all kinds of messed up, and quite frankly, disrespectful to Tracy.”

10. When David turned out to be alive on Revenge.

“The whole point of the show was for Emily to literally get revenge on the people responsible for her beloved father’s death, only to find out he was still alive. To top it off, his character was pretty unlikable and nothing like this amazing loving father we’d been seeing in flashbacks.”

11. When Riverdale revealed that Charles and Chic were dating.

12. When Omar cheated on Ander with Malick on Elite.

“We just needed one happy season for Ander and Omar, but no, they gave Ander cancer and had Omar cheat on him with his sister’s boyfriend? Omander deserved better.”

13. When A.D. turned out to be Spencer’s long-lost British twin on Pretty Little Liars. 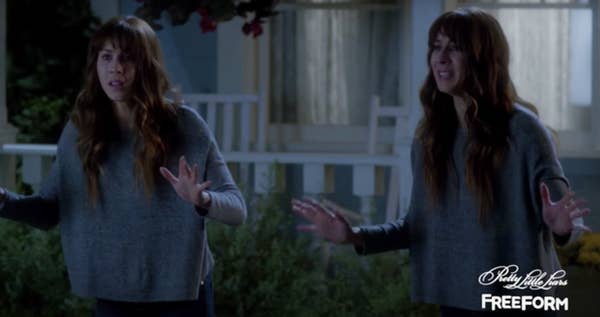 “It seemed like they took random fan fiction ideas and threw them together last minute. There were so many plot holes that it wasn’t even possible that it would be the case.”

14. When Rufus and Lily met their secret son on Gossip Girl. 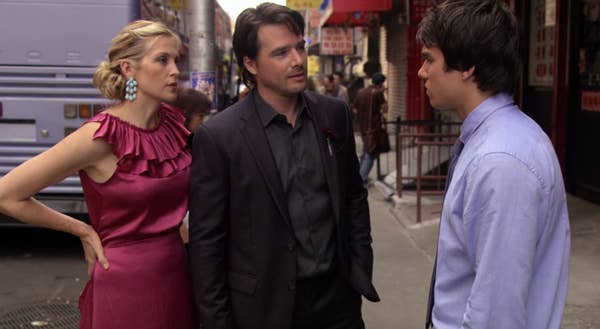 “He was there for a couple episodes, then it was never mentioned again.”

“It was so out of character for her to get married and have a child at 19!”

16. When Olivia got kidnapped on Scandal. 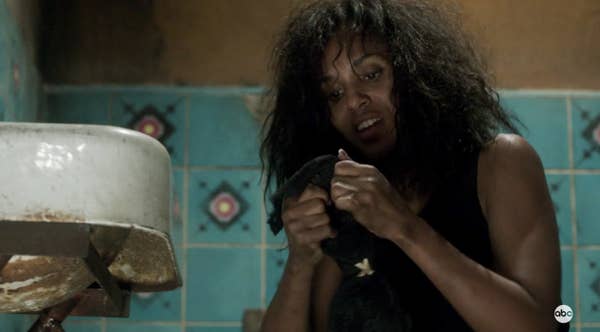 17. When Jane found out that Michael was still alive on Jane the Virgin.

“I know it’s a telenovela staple and the show is a parody of telenovela tropes, but we watched her grieve for YEARS and slowly fall in love with Rafael. Then they brought Michael back with amnesia and made him and Jane hate each other. They spat on Jane and Michael’s relationship when it was originally really lovely.”

18. And when Rory told Lorelai that she was pregnant at the end of Gilmore Girls: A Year in the Life.

“I know these were Amy Sherman-Palladino’s treasured final four words if she had written Season 7, but the fact of the matter is, she wasn’t writing Season 7. She was writing a revival that took place nearly a decade later and she ruined tons of character development because she didn’t get to write Season 7. Nobody wanted Rory to end up pregnant with Logan’s baby while he’s engaged to someone else. And the whole ‘full circle’ explanation is a complete cop out and it’s really lazy writing.”