What happened to Robin Scherbatsky after How I Met Your Mother ended? The character was played by Cobie Smulders for nine seasons until the series concluded in 2014. The series finale episode revealed surprising (and controversial) details about Robin’s fate.

Robin was the last member to join the core group in How I Met Your Mother. She had a tough demeanor and didn’t let her emotions get the best of her. Robin also had tomboy tendencies with her interest in sports, guns, scotch, and cigars. Before making her way to New York City to pursue a journalism career, Robin was a teen pop star in Canada under the name Robin Sparkles. However, her childhood wasn’t ideal due to her estrangement with her father which went on to affect her views on commitment, especially through her romantic relationships.

Despite struggling with her thoughts on settling down, Robin and Barney (Neil Patrick Harris) got engaged in How I Met Your Mother season 8. The majority of the ninth and final season of the season was set during their wedding weekend. Prior to the ceremony, Robin had second thoughts but the “Mother” convinced her to rethink the decision to leave Barney at the alter. Robin went through with the wedding and the Mother, aka Tracy (Cristin Milioti), later met Ted (Josh Radnor), her future husband. Rather than live happily ever after with Barney, the pair divorced as the series finale episode, “Last Forever”, jumped forward in time. 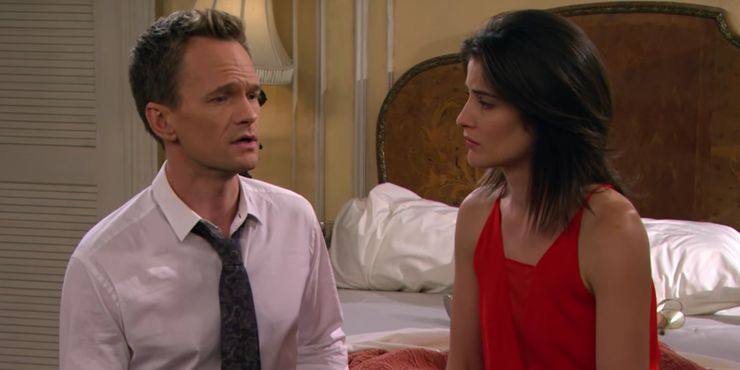 The group grew apart following Robin and Barney’s wedding. By 2016, Robin and Barney were divorced after a fight in Argentina. A few months later, Lily and Marshall (Alyson Hannigan and Jason Segel) hosted a Halloween party where Robin witnessed her ex-husband behaving like the womanizer again. After Barney had a daughter, Robin made amends with her former lover, but they never got back together.

In the years that followed the wedding, Robin focused on her career, the thing that evidently drove her and Barney apart. She eventually became a very successful TV journalist but, in doing so, stopped showing up for her friends’ biggest moments. The real reason for Robin’s absence was the difficulty in facing Ted, the man she always had second thoughts about. She was happy that Ted finally met “the one”, but she would never be able to stop thinking about what could have been.

Robin’s long-lasting feelings for Ted were explained through a deleted scene from How I Met Your Mother’s finale. After Robin and Ted ran into each other in the city, they agreed to have lunch. Robin came clean about questioning herself for not choosing Ted but he was already in a stable relationship with Tracy. The scene, however, was a hint at the fate of the two characters.

Tracy tragically died sometime ain 2024 and, after he retold the entire story in 2030, Ted’s kids instantly realized that their dad had feelings for Robin. They urged Ted to go after her and he did, using the blue French horn in a nod to the How I Met Your Mother pilot. Robin, who lived with her five dogs again tearfully accepted the fact that Ted was waiting at her doorstep, even though it took him a little longer than she probably wished.