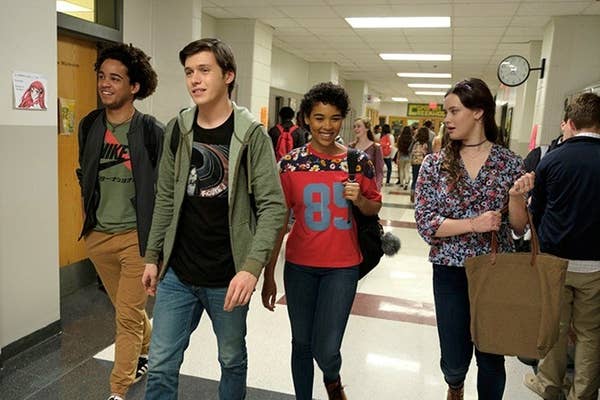 “Like sure, he lied to you, but that’s only cause he was being blackmailed about his sexuality!! Then they sat and did nothing while he was gay-bashed in the lunch room! Then they make Simon apologise to them at the end. He. Was. Being. Blackmailed.” 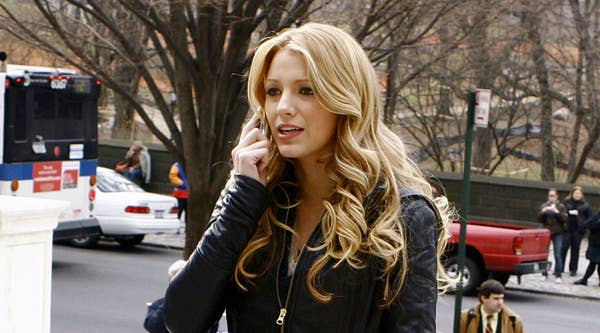 “She was a crappy friend to Blair, slept with two of Blair’s boyfriends, tried sabotaging Blair with Yale TWICE, and constantly pretended that she was an angel when, in actuality, all of her and Blair’s fights were her fault. She then proceeded to leave when Blair needed her because she felt she’d ‘outgrown’ Blair. Blair Waldorf could be a shitty person sometimes, but at least she owned it, instead of being all holier-than-thou like Serena.”

“I love BTVS so much but every time I re-watch it, I notice more and more awful things about Xander. Like, he knows Willow is in love with him for season one and some of season two, but he still talks to her constantly about his crush on Buffy and even uses Willow to practice his speech to ask Buffy out. He says he has no romantic interest in Willow but acts like a turd when she and Oz start dating. He is judgemental to Buffy and his jealousy over Angel is gross and creepy. He is hypocritical and lacks empathy. I could go on and on.”

“Lorelai Gilmore was pretty bad. Whenever she had a problem everyone came running, but when for example Sookie had a big problem, Lorelai just made jokes about it and went back to dealing with her own problems.”

5. Lily Aldrin from How I Met Your Mother

“As much as I love How I Met Your Mother, I think Lily was the worst sometimes. First off, she just left Marshall and disappeared to San Francisco for a while without even keeping in touch with her ‘best’ friends Ted, Barney, and Robin in the process. Second, when Ted gave her a job at the architect firm he worked at she almost got him fired as she stole his mean boss’ baseball. And lastly we find out that Lily has been purposely breaking up Ted and his girlfriends because she didn’t like them and they didn’t pass the ‘front porch test.’ I love Lily but sometimes she was just too carefree and undermining.”

“I understood where they were coming from, but to me it felt like they were using Cady for their own schemes to get revenge on the Plastics. Plus when they got pissed because their plan worked a little too well, and completely forgot that Cady has grown up in an entirely different country with a different social life. It just seemed unfair.”

“I swear she’s the worst. Every time something bad happens, she expects all her friends to drop everything and focus only on her. When her friends need help she usually encourages their bad mood with negative comments. She was probably the worst girlfriend to Derek too. She always wanted him to adjust to her needs and do what she wanted. And instead of saying what she wants, she beats around the bush or is passive-aggressive, and when they don’t catch on she throws a hissy fit.”

“This may be an obvious one but Ross from Friends was such a terrible person who only really cared for himself and looked down on so many of his friends because he had a better job than them. In fact, he even laughed at Rachel when she told him about her being a fashion designer, completely disregarding it as a profession.
“He even stopped her from pursuing it at the end just so he could be with her, and when they did stop dating for a few seasons (meaning a few years) he still got jealous whenever she talked to someone else. He also constantly poked fun at Joey throughout the show, which is just kinda horrible. And that whole ‘unagi’ thing he did, totally uncalled for.”

“Harry and Ron were terrible friends to Hermione, though Harry was a somewhat better friend to Hermione than Ron was. Harry and Ron would have not made it through most of the series if not for Herminoe’s intellect, which Ron made fun of in the first film.”

10. The friend group from On My Block (except Jamal)

“Everyone other than Jamal in the friendship group in On My Block. Not only do they always blame him for all the shit that happens during the entire first season, they never give him any emotional support. Even though he ***SPOILERS*** did actually solve the RollerWorld conspiracy!!”

“Unpopular opinion: Titus from The Unbreakable Kimmy Schmidt. She supports both of them and he can’t even take his damn Barbies out of the shower. Everything has to revolve around him, even his roommates’ trauma, his boyfriend coming out and his landlady’s boyfriend’s terminal illness.”

“She’s constantly stirring up drama under the guise of ditziness. She reveals that Monica had lunch with Richard to Chandler, and that Monica wanted to sleep with Joey first, causing major fights between them. She forces Monica and Rachel to reveal what they don’t like about each other, again causing a big fight. She tells Chandler that his employees don’t like him, Rachel that she’s a pushover and Monica that she’s high maintenance. She tells Ross he’s a bad and unsupportive friend after he objects to her stealing a little girls’ cat.
“She shames a random stranger for watching porn, tries to force Monica to give up her dreams for a mediocre catering business, and insults Monica’s restaurant after she is asked politely to stop singing inappropriate songs in front of it. Her actions regarding finding Rachel’s pregnancy test are truly awful – if you find a pregnancy test in someone else’s garbage maybe mind your own business!”