1. The erasure of Peeves the Poltergeist.

His character — and the saucy songs he made up — added some much needed comic relief to the series.

2. The absence of St. Mungo’s Hospital for Magical Maladies and Injures. 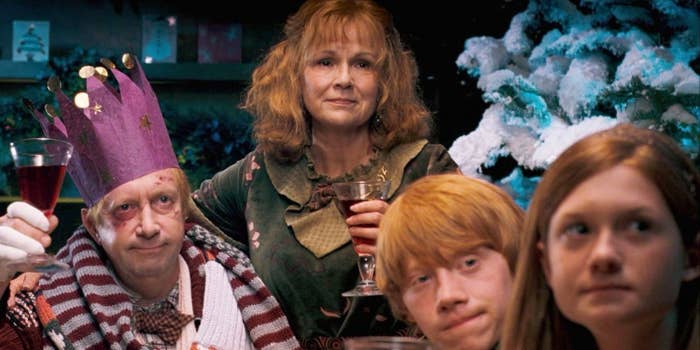 So many characters — Arthur Weasley, Frank and Alice Longbottom, Gilderoy Lockhart, etc. — had so many important scenes in this hospital that we never got to see.

3. Ginny’s entire character was watered down in the films.

In the books, she’s a strong, badass woman who could throw quick whips like it was her job. Film Ginny didn’t quit live up to book Ginny.

When Harry told the Dursleys to leave Number Four Privet Drive, Dudley thanks Harry for saving his life from the dementor attack. The films cut out the change in Dudley after the dementor attack at the beginning of Order of the Phoenix.

Hermione’s creation of S.P.E.W. (Society for the Promotion of Elfish Welfare) and overall kindness towards house elves played a major role in the book, especially when it came to Kreature’s redemption arc (more on that below).

Yes, he was the one that caused the death of Sirius Black, but it was due to Sirius’s cruelty to the house elf. The kindness that Hermione showed Kreature went a long way, especially because it was Kreature who united the house elves to fight on Harry’s side during the Battle of Hogwarts.

7. The history behind the Mauraders.

The Mauraders — Mooney (Remus Lupin), Wormtail (Peter Pettigrew), Padfoot (Sirius Black), and Prongs (James Potter) — and their importance were left out of the movies. Yes, we got that they created the Maurader’s Map, but the significance of their bond — the fact that James, Peter, and Sirius became unregistered Animagi to keep Remus company when he would shift every month— was left out of the films.

The raising of wands was quite a moment™ in the films, but the absence of Dumbledore’s funeral was severely missed. Magical creatures from all over came to Hogwarts to pay their respects. It was one of the few times we as the readers saw just how far Dumbledore’s reach went and how many people were impacted by his death.

9. The absence of Phineas Nigellus Black.

He was mostly a snooty, pureblood former headmaster who had nothing but disdain for his late grandson, Sirius. But, he played an important part in Deathly Hallows when he warned Snape that the trio was in trouble and in need of aid.

10. The rooms in the Ministry of Magic during the Battle of the Department of Mysteries.

The battle in Order of the Phoenix was intense, but a lot was left out, namely the Brain Room and the Time Chamber.

The movies kind of threw Lupin and Tonks together, when their relationship was a major subplot of Half-Blood Prince.

Removing Winky from the films left a lot of gaps in the Barty Crouch Jr. / Mad-Eye Moody reveal at the end of GoF. 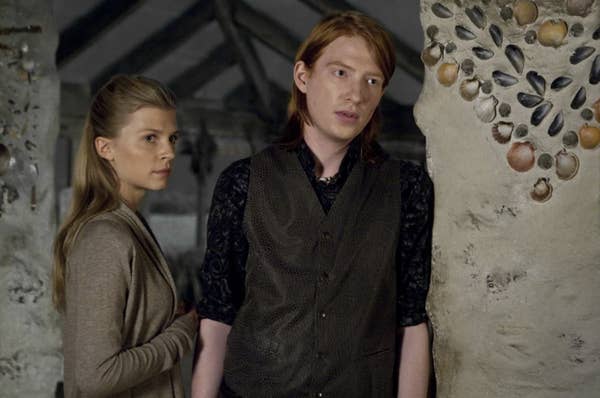 After Bill was attacked by Greyback, he was left permanently disfigured. Molly, who thought that Fleur was only with Bill for his good looks, was proven wrong when Fleur stayed by Bill’s bedside. Plus, Fleur saying that she was “good looking enough for the both of them,” was nothing short of iconic.

14. Neville Longbottom’s role in the prophecy.

When Professor Trelawney delivered the prophecy that sealed Harry’s fate, the movies left out that Neville was also part of that prophecy. When Voldemort went to kill Harry as a baby, he cemented Harry as his equal, but Neville could have easily been the Chosen One, and the parallels between him and Harry were missing from the movies.

In the film adaptation of Half-Blood Prince, we saw the memories of Tom at the orphanage and Tom asking Slughorn about Horcruxes. But in the books, we learned so much more about his background — his disdain for his mother, Merope Gaunt, his obsession with important magical amulets, his first murder, etc.

16. The howler from Dumbledore that Petunia received in Order of the Phoenix.

It’s a small omission, but the howler that Dumbledore sent Petunia — which referred to them knowing each other in the past — adds to why Petunia still protected Harry even though Vernon had nothing but contempt for him.

17. When Dumbledore reprimanded the Dursleys for their treatment of Harry.

Again, a small omission, but nothing was more satisfying than Dumbledore reading the Dursleys to filth for their treatment of Harry at the beginning of Half-Blood Prince.