It’s been hard to wrap our heads around the reality that the longest-running multi-camera series in TV history will be going out with a bang. The Big Bang Theory will debut its 12th and final season starting Sept. 24 on CBS—so get ready to soak up every second of Sheldon, Amy, Leonard, Penny, Simon, Bernadette, and Raj. We’re already feeling nostalgic for the nerdy comedy, so we’ve rounded up some of the coolest photographs Watch! has captured of the Big Bang cast. 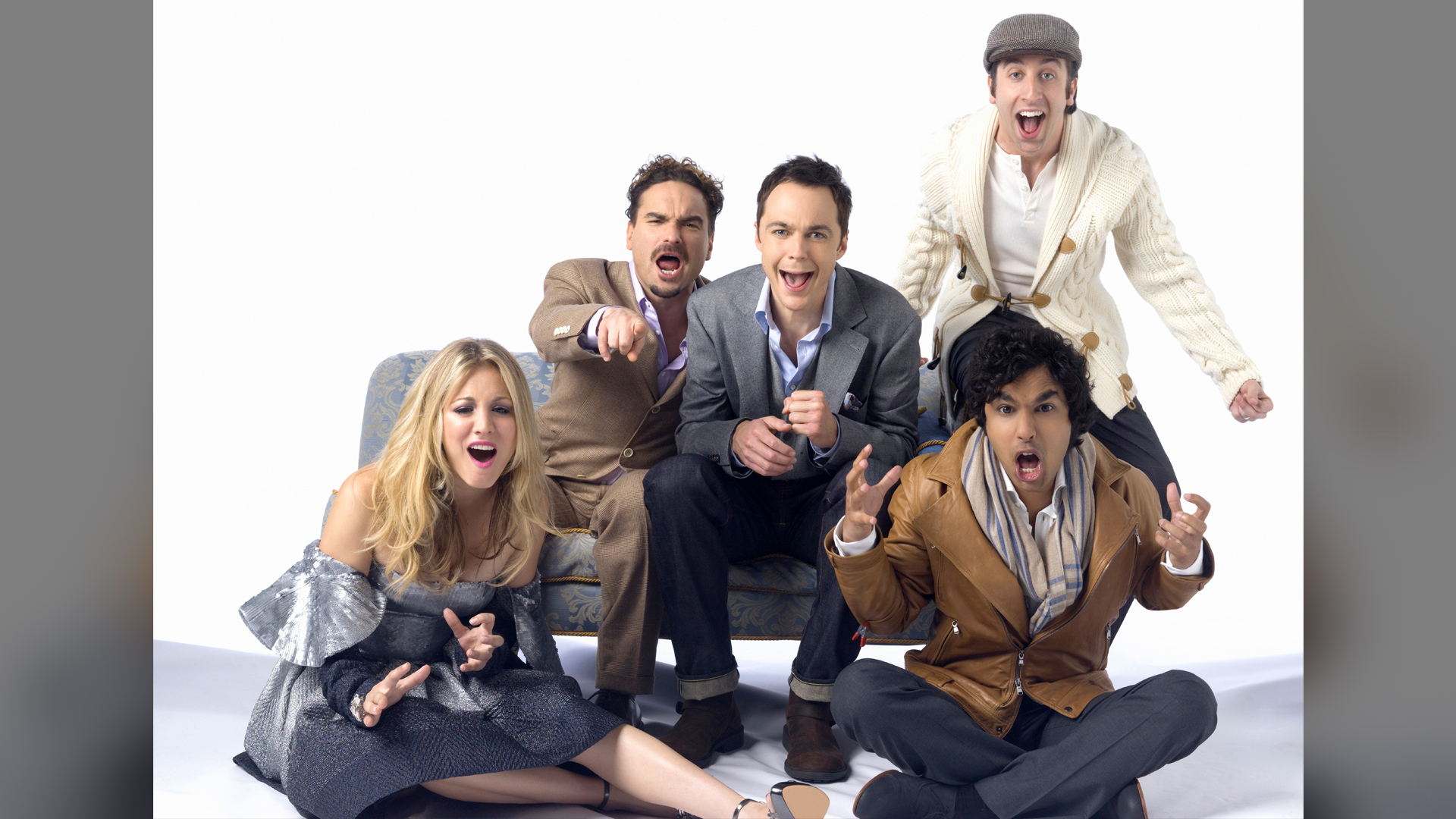 It’s been hard to wrap our heads around the reality that the longest-running multi-camera series in TV history will be going out with a bang. The Big Bang Theory will debut its 12th and final season starting Sept. 24 on CBS and CBS All Access—so get ready to soak up every second of Sheldon, Amy, Leonard, Penny, Simon, Bernadette, and Raj! 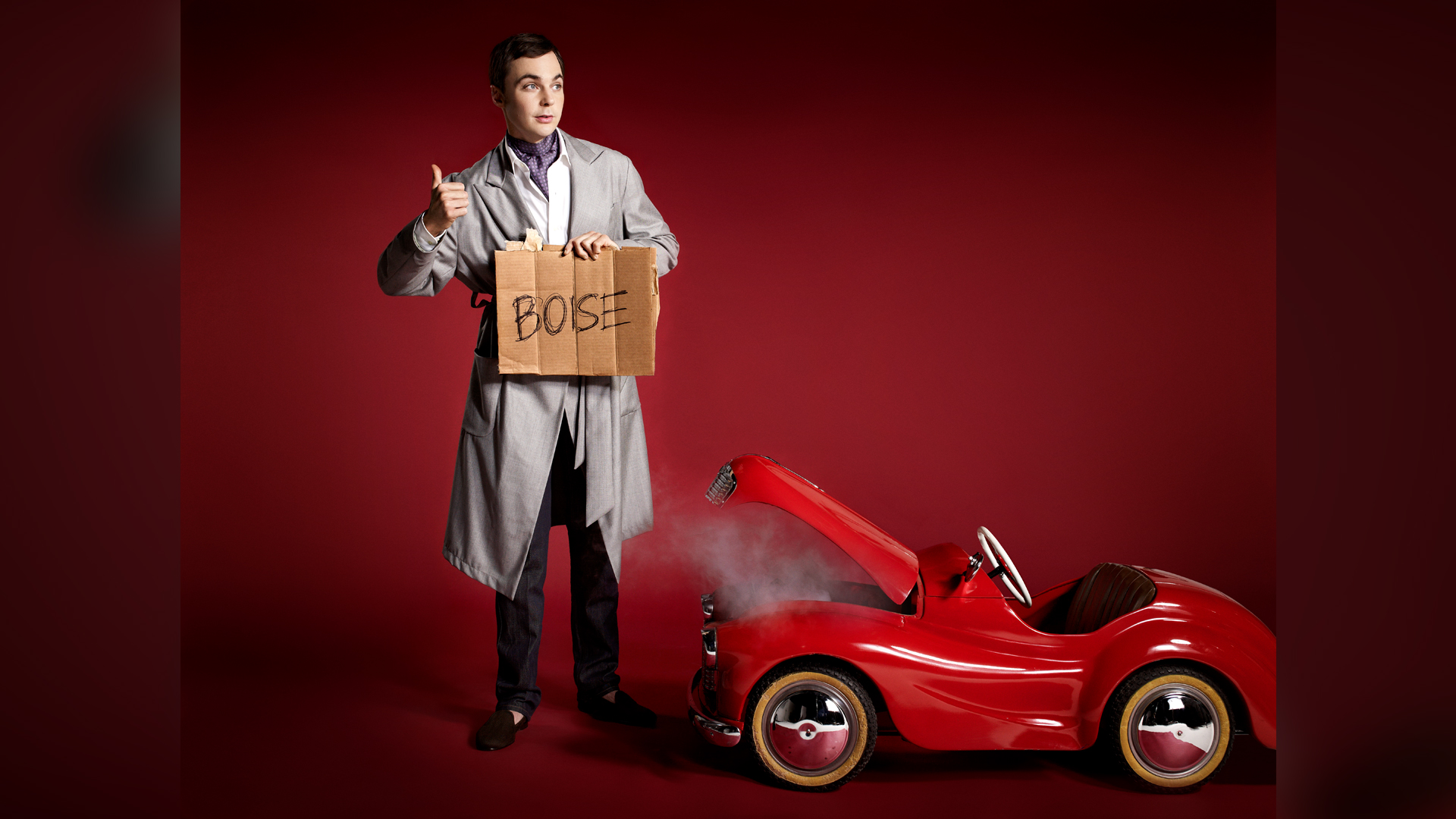 When he isn’t playing supergenius Dr. Sheldon Cooper on The Big Bang Theory, Jim Parsons makes the crew laugh during a hilarious car-themed photo shoot for our April 2012 comedy issue. 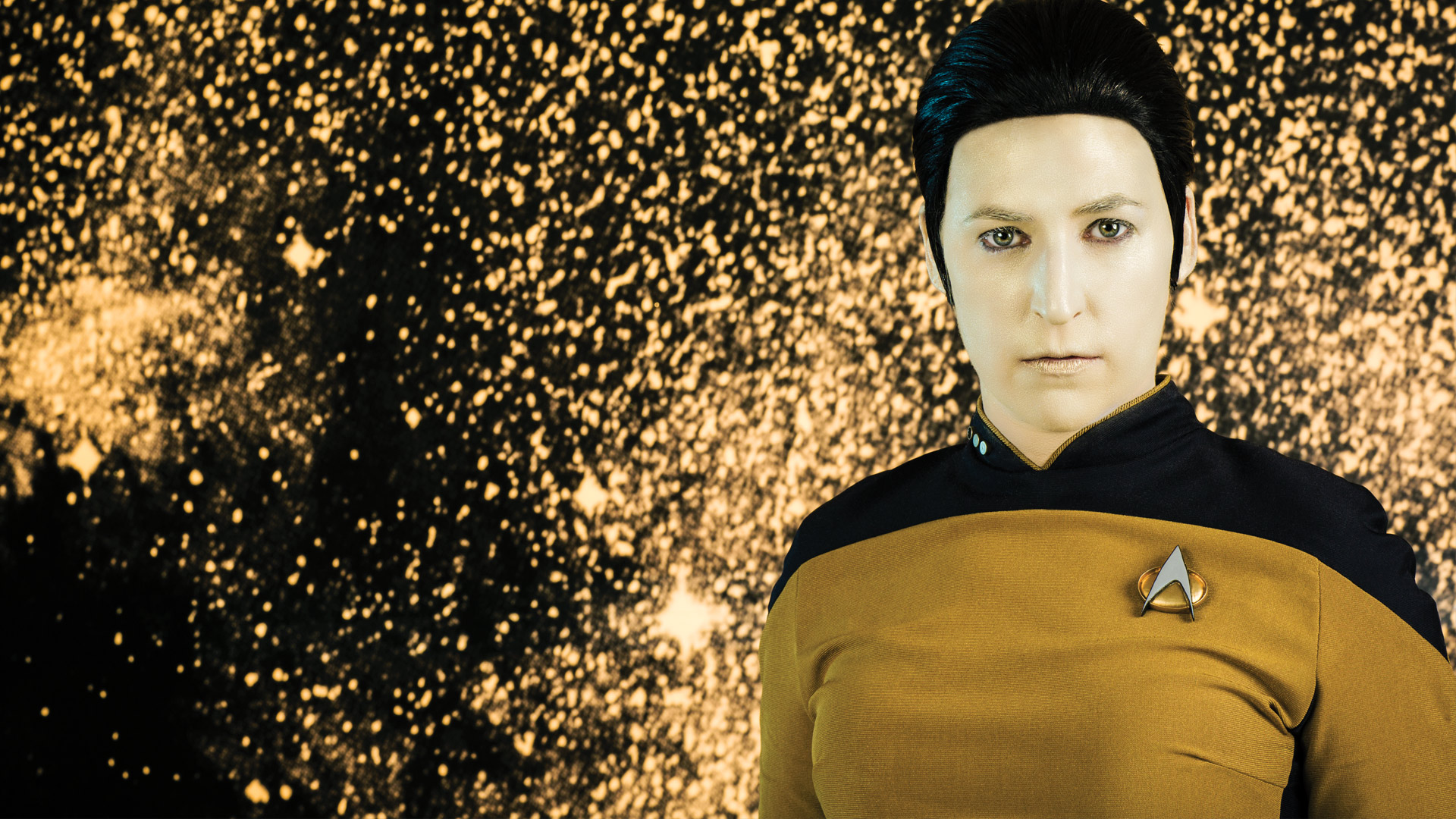 To celebrate Star Trek at 50, Mayim Bialik boldly went where no man—or woman—has gone before for a stellar photo shoot in our August 2016 issue. Here she channels Data (Brent Spiner) from Star Trek: The Next Generation.

Kaley Cuoco is oh-so-pretty in pink 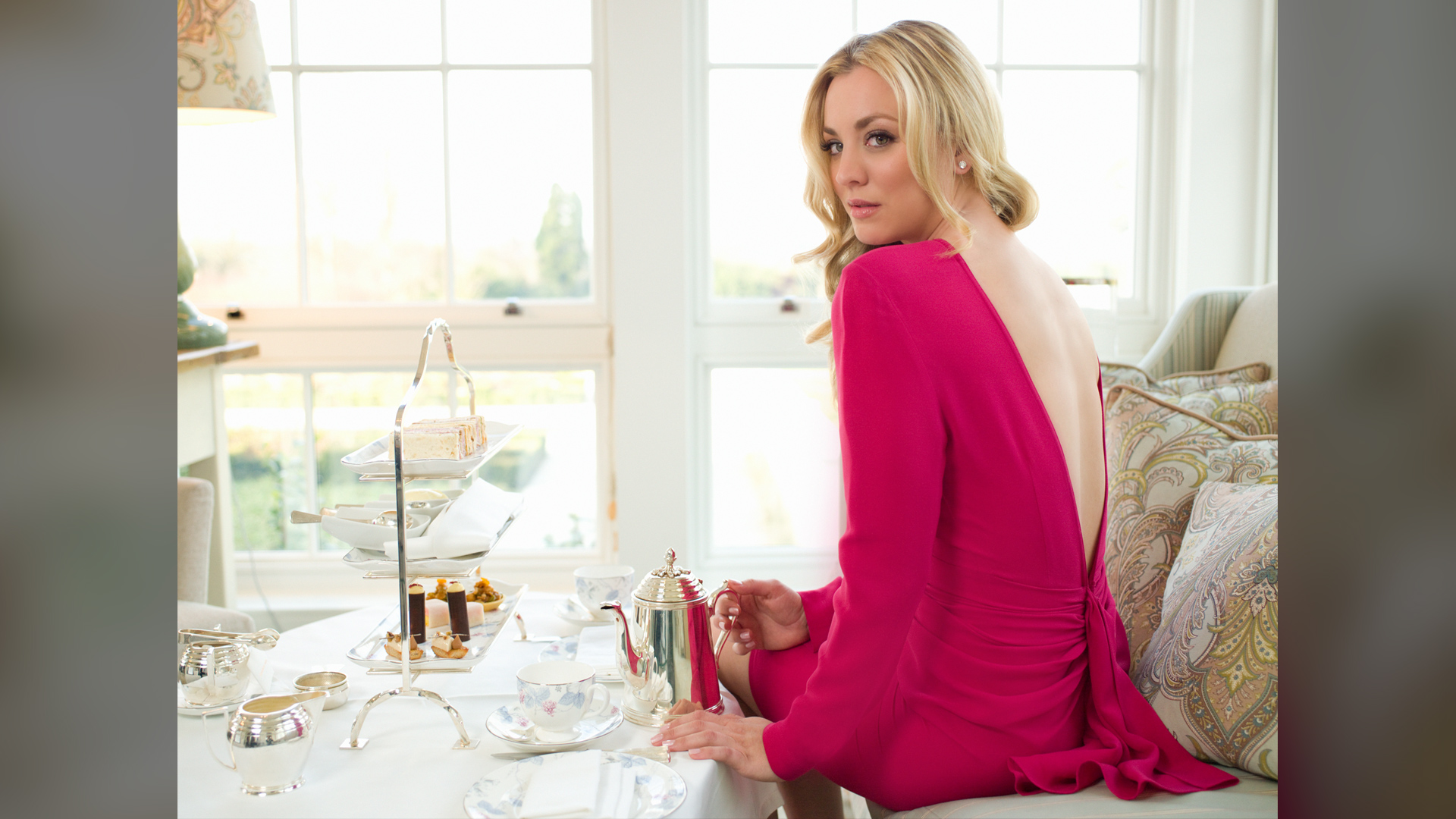 Tea time with Penny is our favorite time of day! Watch! took Kaley Cuoco to the English countryside for a pastoral photo shoot in our August 2011 issue, where TV’s knockout neighbor made quite the stunning impression. 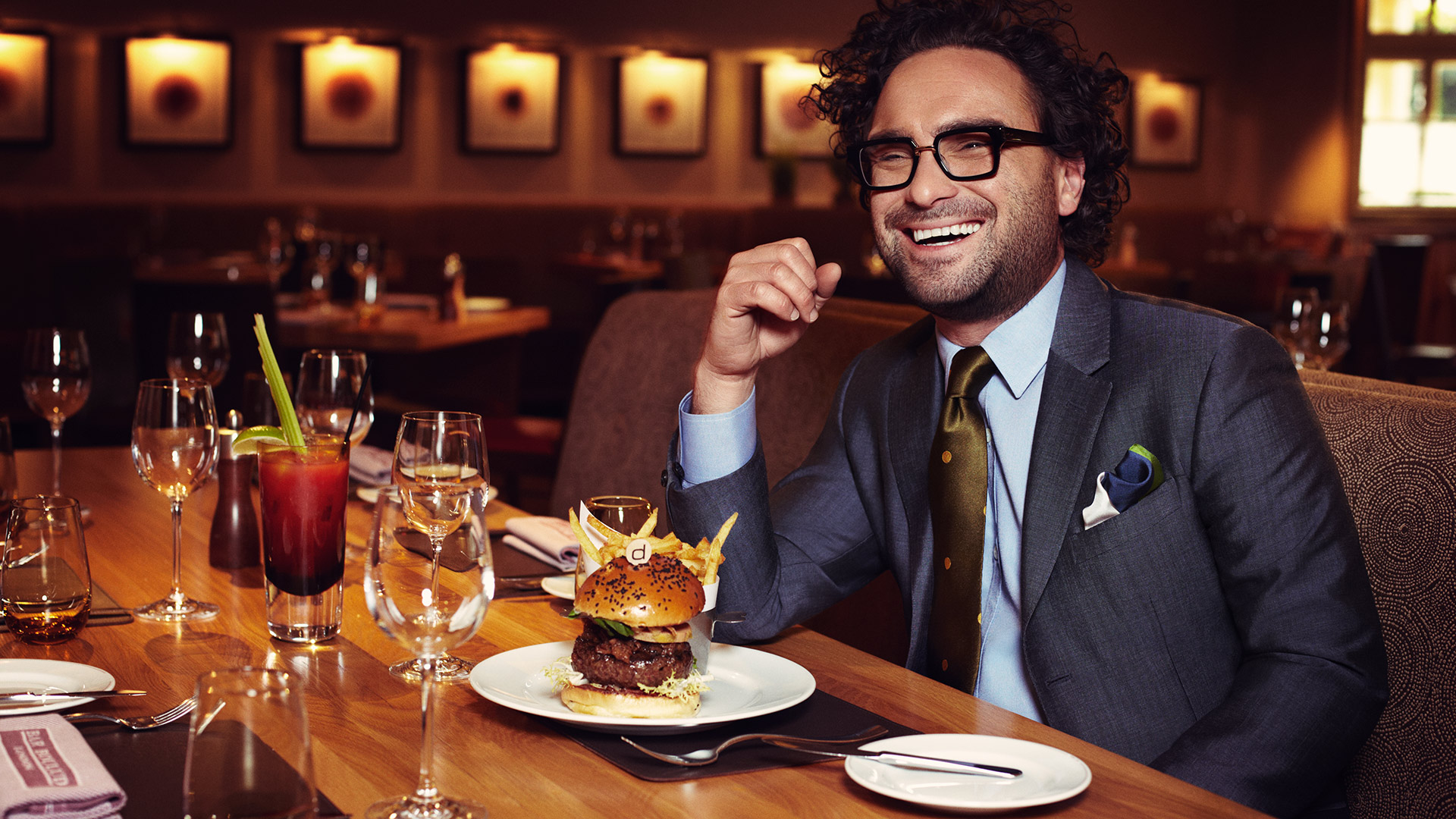 We can’t help but grin when we gaze at this happy moment with Johnny Galecki. Captured at Bar Boulud in London for our December 2013 issue. 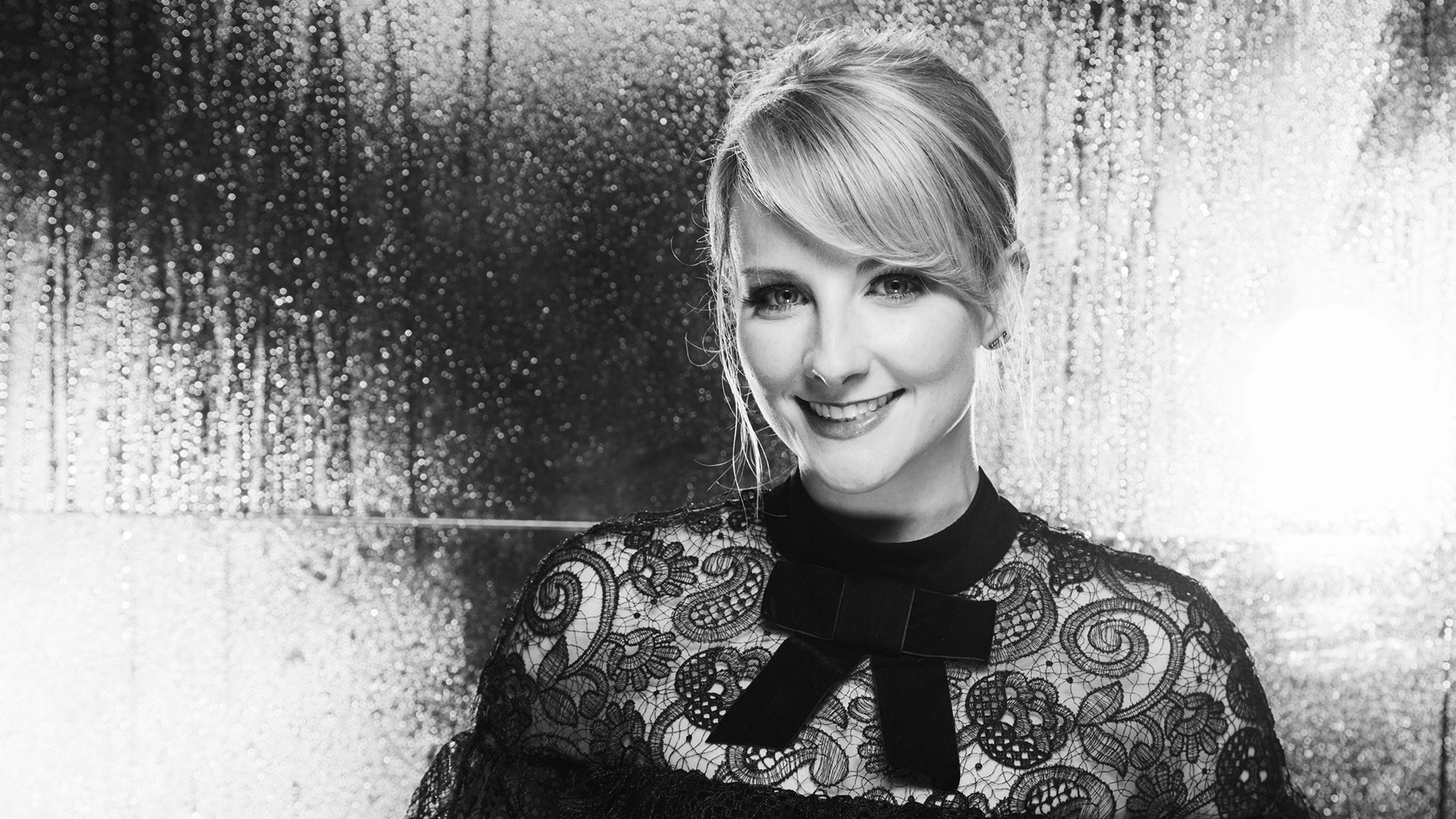 One of television’s hottest—and funniest—stars, Melissa Rauch, visited the CBS Photo Booth for the People’s Choice Awards in 2017. This pretty portrait is definitely a keeper.

Simon Helberg is a suave scientist 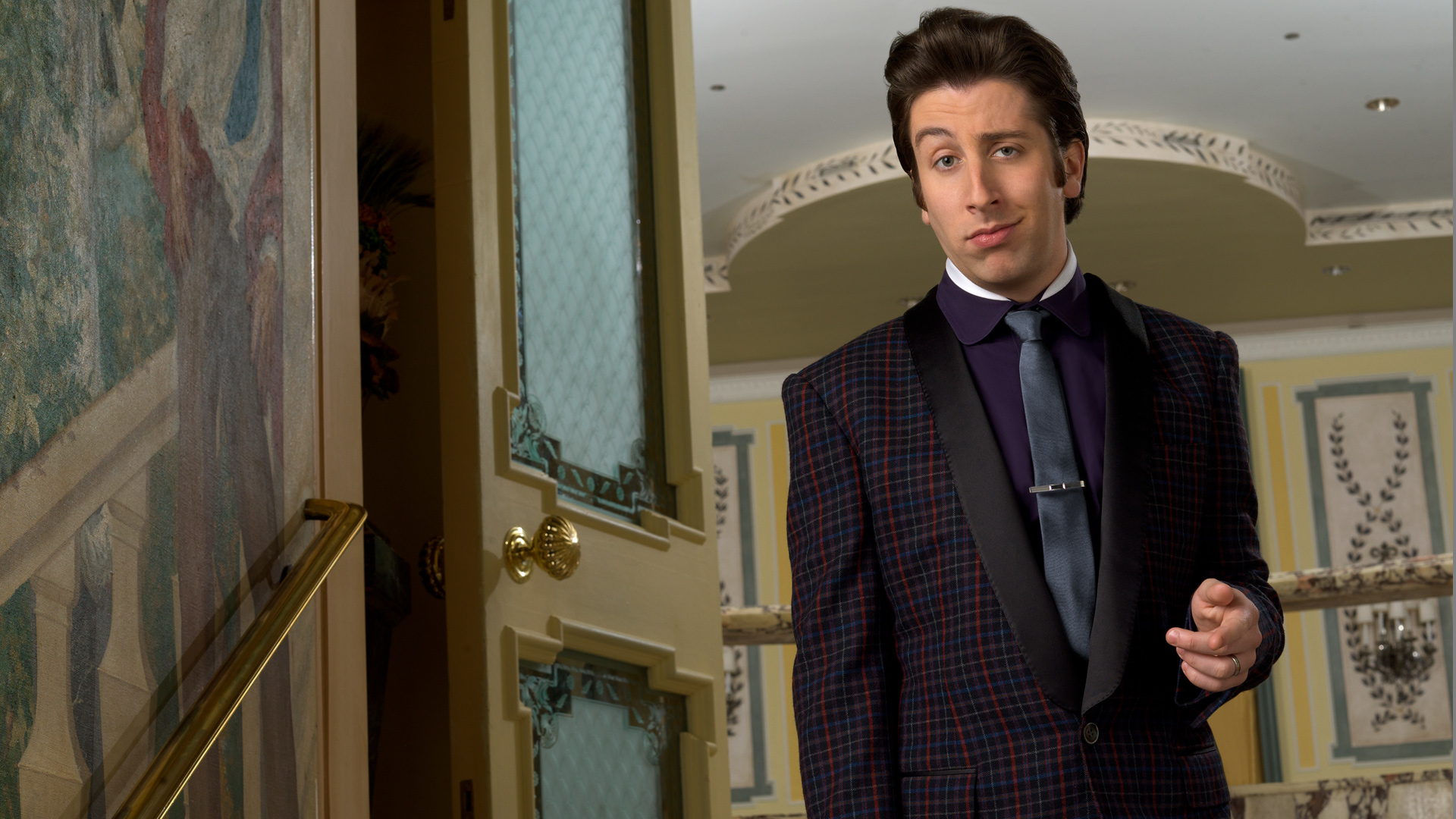 When not playing aerospace engineer and astronaut Howard Wolowitz, handsome Simon Helberg trades the comic book tees and tight pants for a designer tuxedo in this glam photo shoot for our October 2009 issue.

Mayim Bialik takes our breath away 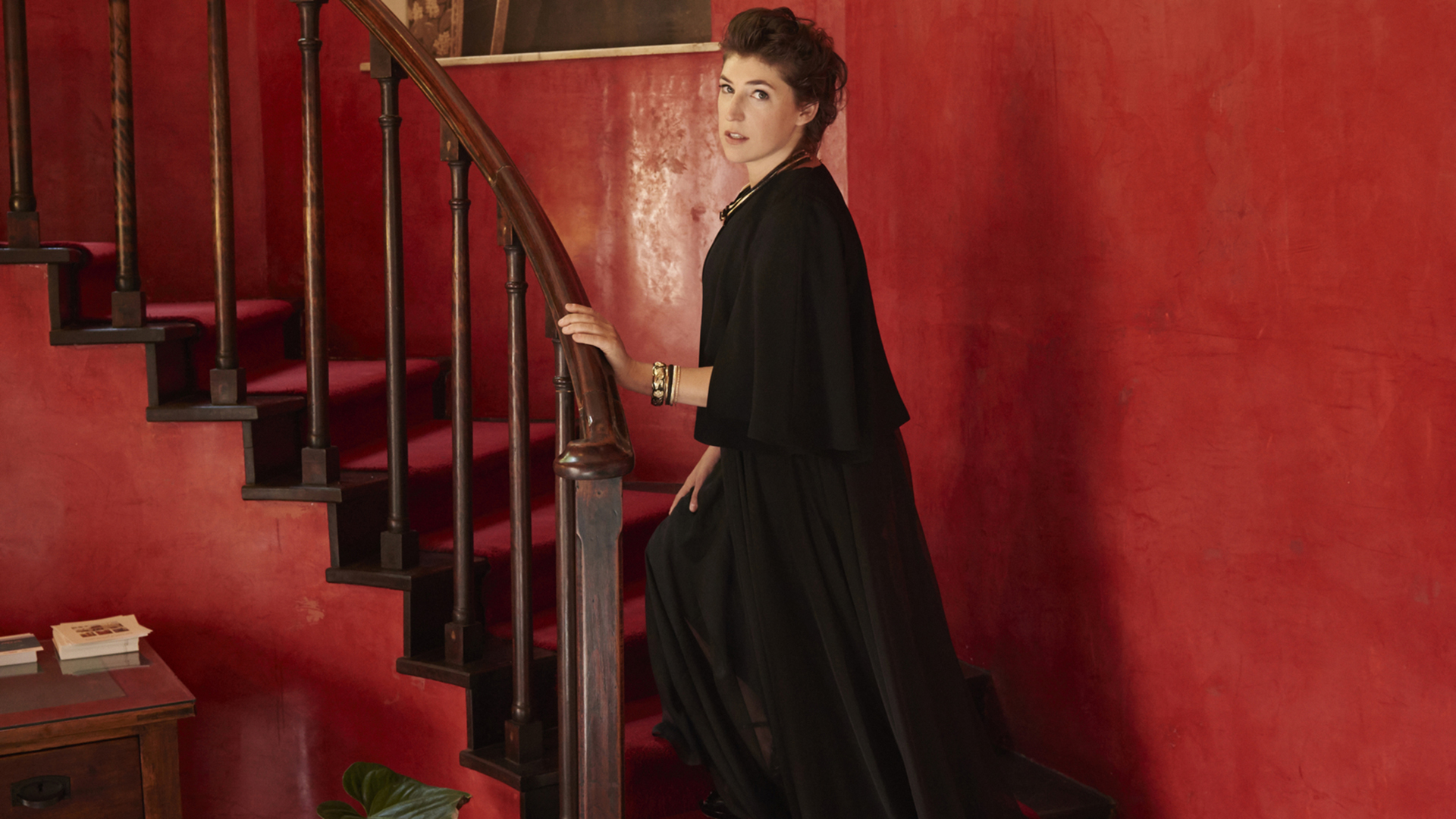 CBS’s leading lady had a memorable Watch! shoot in Israel for our April 2016 issue. Here, Mayim Bialik poses in the home of her first cousin and poet Hayim Nahman Bialik in Tel Aviv. She couldn’t be more beautiful.

Kunal Nayyar gets serious for his cover shot 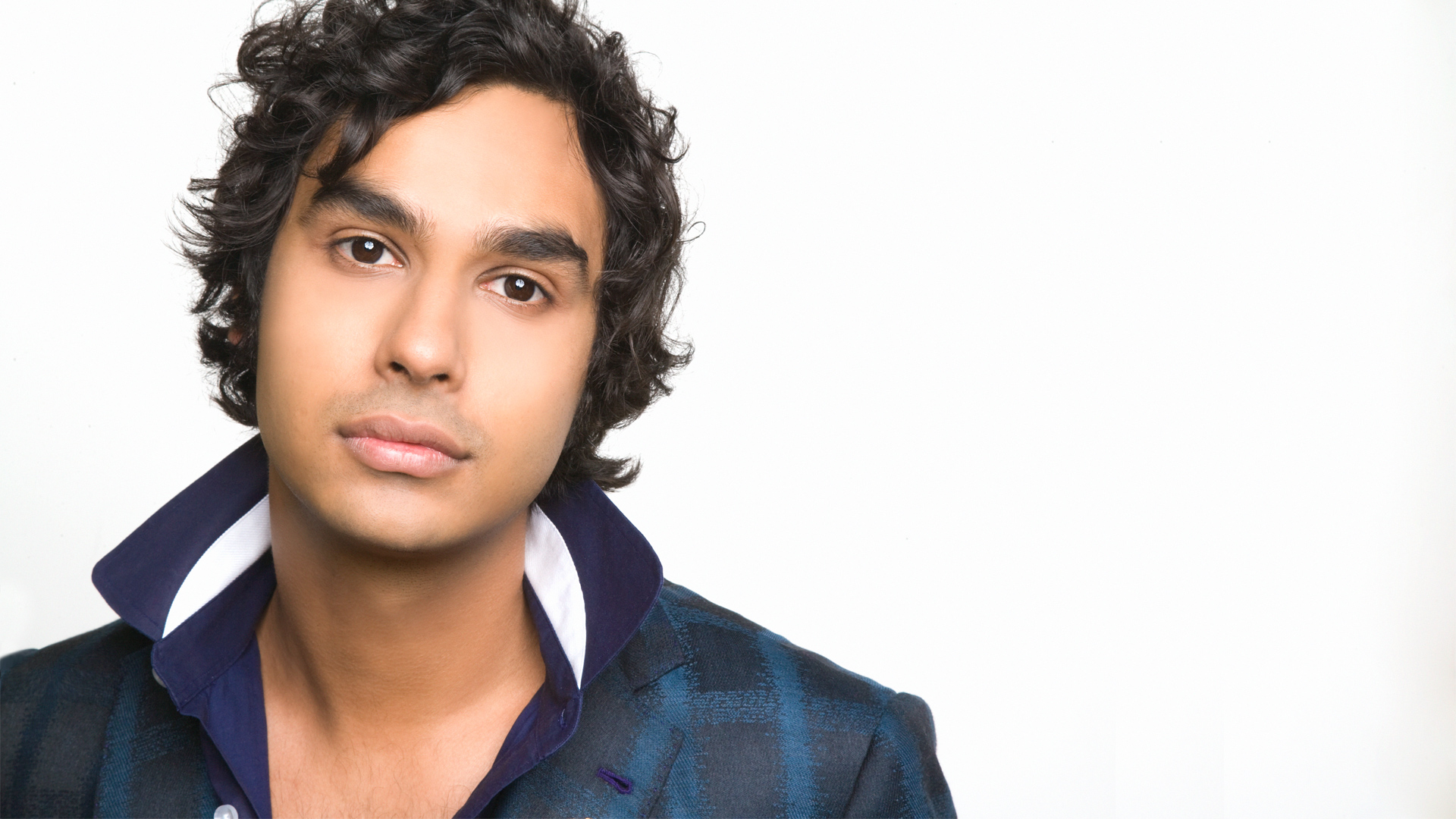 He may play perpetually single Rajesh “Raj” Koothrappali on The Big Bang Theory, but in real life, heartthrob Kunal Nayyar is absolutely ready for his close-up in our October 2009 issue.

Kaley Cuoco takes us on a haute ride 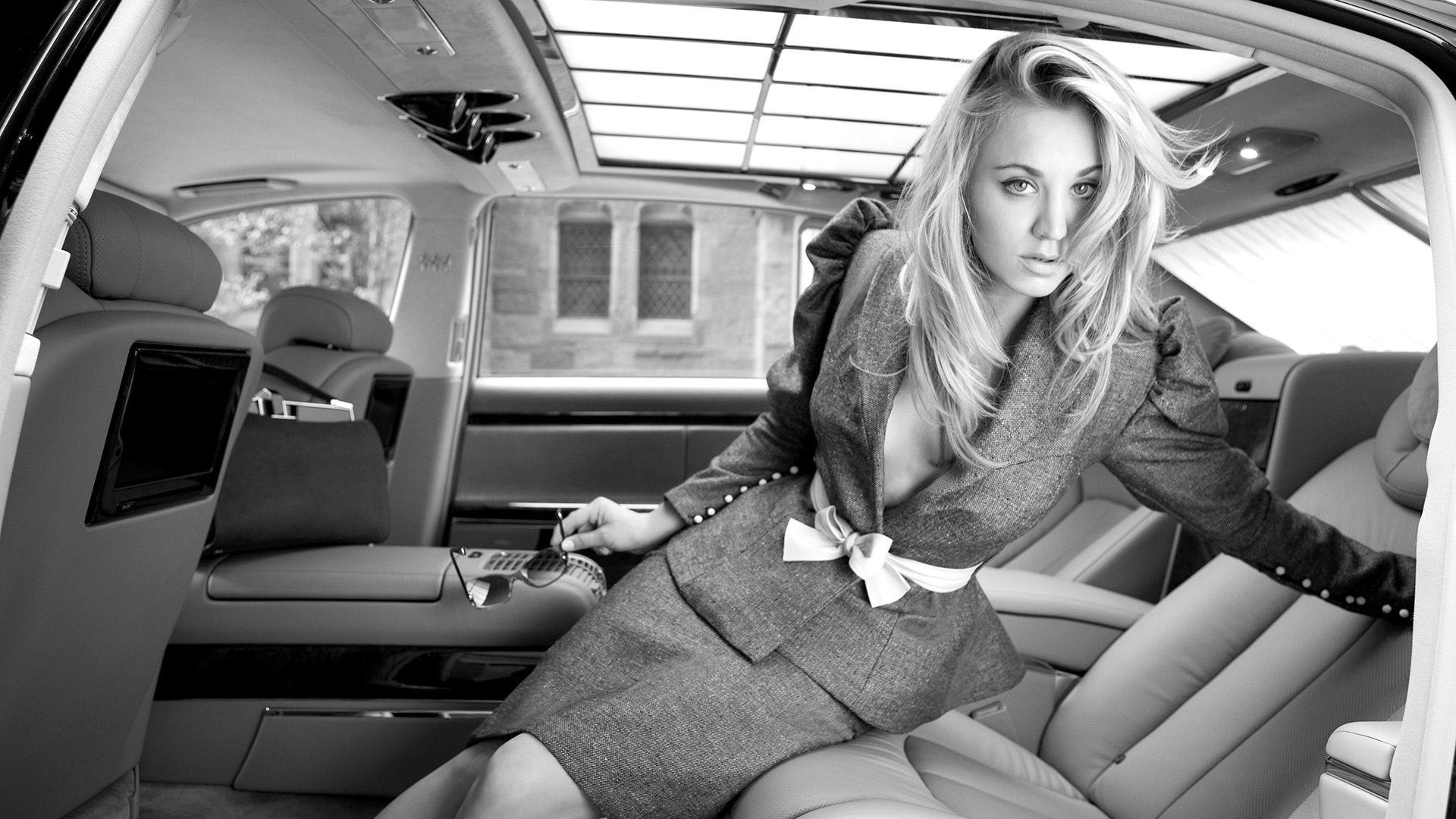 Madonna’s iconic and controversial “Justify My Love” music video was the inspiration for this jaw-dropping photograph. Kaley Cuoco channels the Material Girl to perfection in our October 2010 issue.