Hogwarts houses can be contentious – even Dumbledore himself wonders if Hogwarts “sorts too soon”, and if the idea of sorting children into groups based on their personalities is a good one. Unsurprisingly, many characters have traits that would place them in more than one house, and some even the Sorting Hat struggles with (known as Hatstalls).

Percy Weasley (Should Have Been Slytherin) 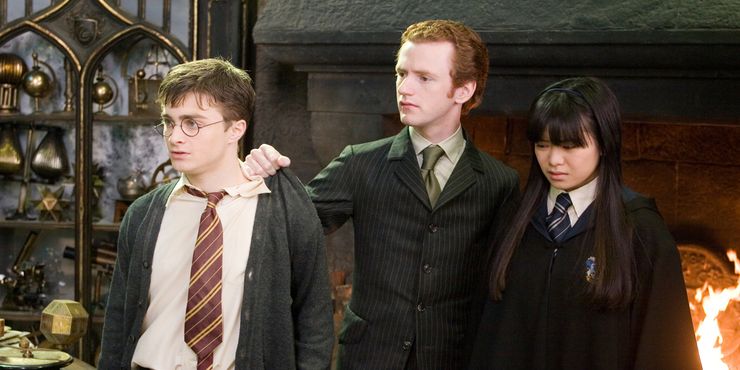 Like all the Weasleys, Percy was sorted into Gryffindor, and eventually became a Prefect and Head Boy. However, he would be a much better fit for Slytherin, based on his decisions both at Hogwarts, and working at the Ministry after finishing school.

Remus Lupin (Should Have Been Ravenclaw) 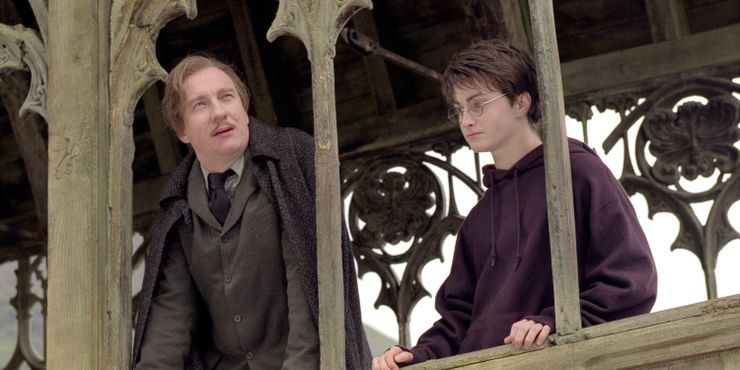 Much like the Golden Trio, the Marauders also seem to be a group that represent each of the Hogwarts Houses, rather than fitting into Gryffindor. Arguably, Sirius could have been a Hufflepuff for his unswerving loyalty (that kept him alive in Azkaban as a need for revenge), and Lupin would be much better as a Ravenclaw.

Dumbledore (Should Have Been Slytherin) 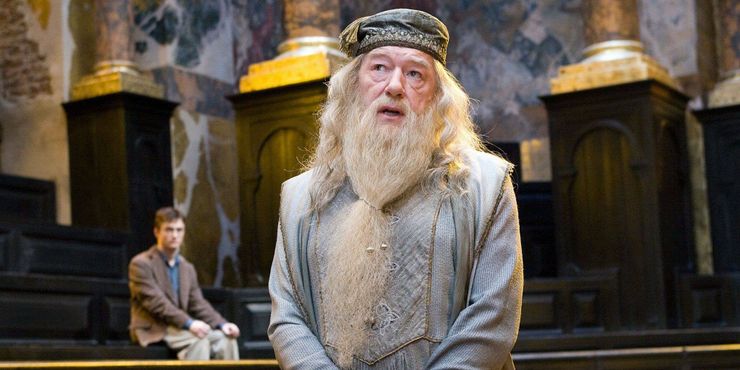 Dumbledore appears for most of the series as a kind and wise old man – perhaps even more suited to Ravenclaw than Gryffindor. However, the more that fans learn about the Headmaster, the more he seems like a Slytherin. As a young wizard, he was arrogant and driven by a need for power and knowledge. Had his sister not tragically died, and changed the course of his life, he would have likely become as dark a wizard as Grindlewald himself.

Molly Weasley (Should Have Been Hufflepuff) 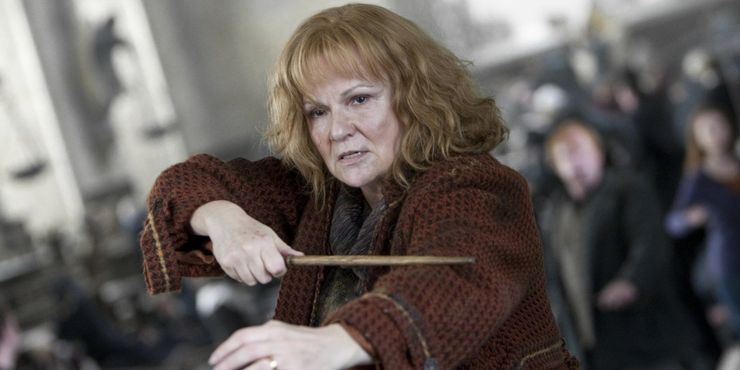 Molly was, of course, another Gryffindor – but may have been better suited as a Hufflepuff. This house is driven not just by loyalty, but by a sense of fair play, hard work, and a desire to be inclusive and welcoming. Molly is, of course, brave in battle, but most of the time she fits the Hufflepuff traits far better.

Gilderoy Lockhart (Should Have Been Slytherin) 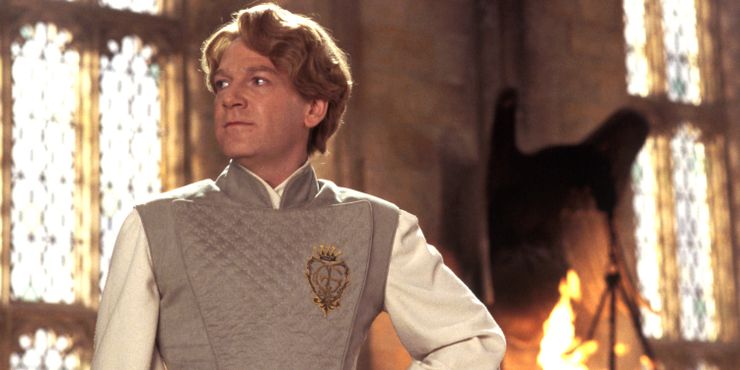 The reveal that Lockhart is a Ravenclaw was a huge surprise to many – especially after learning that Lockhart wasn’t actually that brilliant at defensive magic, and that he was claiming others’ accomplishments as his own. He was, in fact, incredibly talented at one particular spell, and other than that, is driven entirely by his ambitions to be famous.

Lily Potter (Should Have Been Ravenclaw) 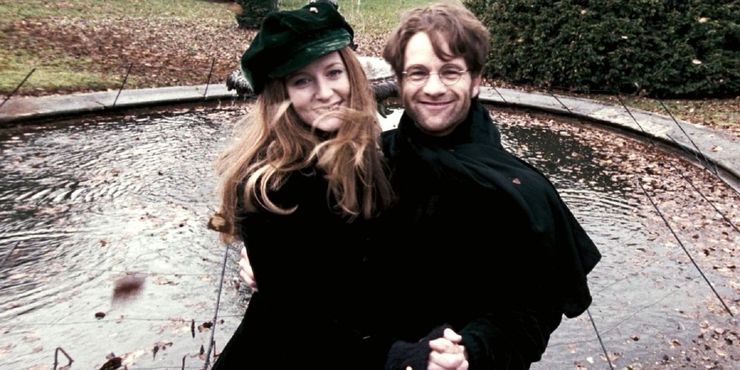 Lily Potter doesn’t get a lot of screentime, as of course, she dies before the story begins. However, from what is revealed, it seems that she would have made more sense in Ravenclaw. She is brave, of course, but the possibility of giving her life to protect her baby at some point in the future shouldn’t have been enough to sort her into that house!

Snape (Should Have Been Ravenclaw) 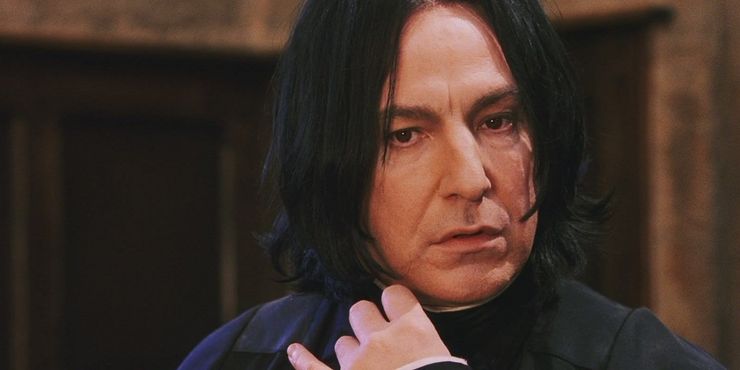 Perhaps if the Sorting Hat had put Lily and Snape together in Ravenclaw, the story would have been completely different – as Snape also seems to suit the house of wit and wisdom more than Slytherin. He is incredibly intelligent, and is shown to have created his own complicated spells and reworked potions while still a child in school. As a teacher, he is a bully, but Ravenclaw can certainly look down on those they see as unintelligent! He is also drawn to magic of the mind (occlumency) and to logic puzzles – like his test to protect the Sorcerer’s Stone.

Crabbe & Goyle (Should Have Been Hufflepuff) 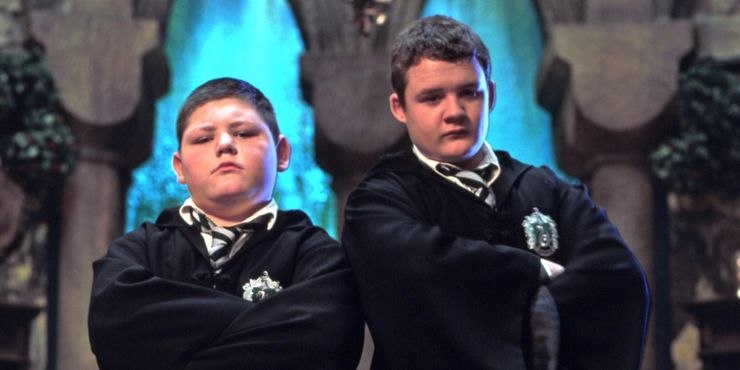 Crabbe and Goyle were likely placed in Slytherin because of the family line – their fathers worked for Lucius Malfoy, and their roles for Draco seemed pre-ordained. However, they show few real Slytherin traits.

Hagrid (Should Have Been Hufflepuff) 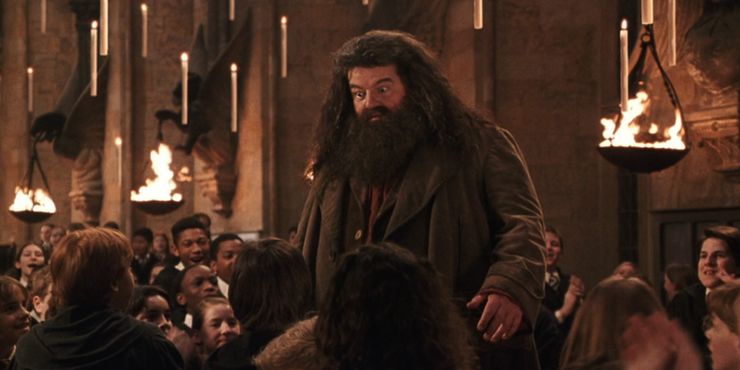 Hagrid is another character who seems to have been placed in Gryffindor not because he truly fit the House, but because he is a ‘good guy’, and the heroes of Harry Potter are almost entirely Gryffindors. He does have some bravery, of course, seen when he fights against being taken to Azkaban, but his personality fits far better with Hufflepuff overall.

Peter Pettigrew (Should Have Been Slytherin) 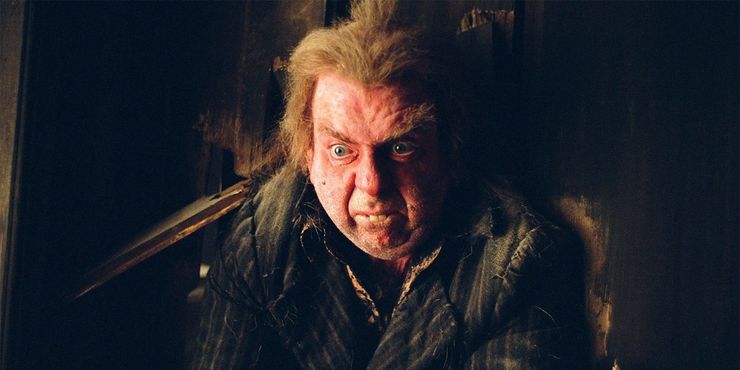 One of the most obvious wrong-house choices is Peter Pettigrew. Canonically, he is a Hatstall, but even this is surprising as he seems to be so obviously a Slytherin. Throughout the series, he displays no bravery at all – he has a brief moment of hesitation to hurt someone, and dies for it, but hesitation doesn’t quite seem like bravery. In fact, his decision to betray his friends and then go into hiding as a rat shows cowardice.