It would be hard to argue that Voldemort is anyone’s favourite character – except maybe Bellatrix’s – but he’s certainly one of the best. Through flashbacks and memories, we see him grow from lonely orphan to the monster he becomes, psychotic and loveless. Voldemort’s obsessed with living forever – and ensuring that whatever steps he takes to do are invulnerable to interference from outside – but it’s hard to see what he has to live for, since his existence seems to be either miserable or fixated on the aforementioned mission. If he’d focused his life on keeping his nose and hair, and maybe not sparking two Wizarding Wars, he might’ve been happier. Then again, if he had done that, we would have been deprived of one of the great villains, who announced his rebirth by ordering the death of Him From Twilight and went on to terrorise a nation.

Dobby is basically the worm that turned, the little guy who finds the courage and the opportunity to stand up to his oppressors and win himself a place in the world. His life under the Malfoys must have been brutal (as he says to Harry, “Dobby is used to death threats, sir. Dobby gets them five times a day at home”) but it’s a crucible that transforms him into a radical elf, one who becomes a veritable hero and a credit to his kind. He may look like E.T.’s scrawnier brother, and sound like Yoda on helium, but in his heart he’s a giant. Without him, Harry would have died ten times over – maybe the series should have a different title. Dobby’s death at the end of Deathly Hallows: Part 1 is one of the most sob-inducing moment of the series, a valiant farewell fitting for a tiny, tattered warrior. 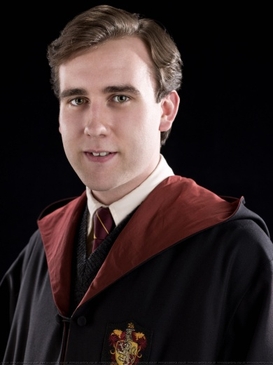 The whole Harry Potter saga was kicked off because of a prophecy that Voldemort would be done in by a newborn wizarding infant. Ol’ Dark Lord picked on one of the two infants that was “mixed blood” and went after Harry Potter – and the rest, as they say, is massively bestselling fiction. He could as easily have chosen to target the “pure blood” Neville Longbottom, son of two powerful Aurors and future gosh-darn hero. Overshadowed by Potter, Neville had a rocky, bullied start in life, suffering clumsiness and a spotty magical ability crippled by his own insecurities. However, he blossoms during his time at Hogwarts, winning Gryffindor the House cup in his first year, joining (and eventually leading) Dumbledore’s Army, and becoming a rebel leader against the school authorities. Also, he grows up well handsome, so well done him. Frankly, there’s a small part of us that would almost like to have read an entire series named after this guy instead of Potter.

Like Gandalf with a sweet tooth, Albus Dumbledore is wise but also not above helping out short-arses. In his case that’s 11 year-olds rather than hobbits, but the object – defeating a great and looming evil – remains the same. As wise as he is bearded, as eccentric as he is powerful and as fond of sherbet lemons as any man who ever lived, Dumbledore is a father figure and mentor to Harry – but one who isn’t slow about sending him into mortal peril when the occasion calls for it. He has made a few errors of judgment in his time – his record on hiring Defence Against the Dark Arts teachers is, shall we say, patchy – but he did foresee much of what transpired. And while he may not be able to choose a Bertie Bott’s Every Flavour Bean without going wrong, we can hope that his faith in people will be borne out.

Almost the first thing that Professor Lupin does onscreen is to hand out squares of chocolate, so it’s really very little wonder that he’s popular. Oh sure, the chocolate’s medicinal and he’s just gotten rid of a terrifying Dementor, which is nice too, but our affections can always be bought with confectionary. It’s really just a bonus that he turns out to be one of the most sensible and stalwart characters in the series, an ideal sort of teacher whose Defence Against The Dark Arts lessons are a rare example of that class not being a total waste of time and who brings out the best in all his students. In his later appearances, he’s an upstanding member of the Order of the Phoenix, who defeats Lucius Malfoy in the Department of Mysteries and helps Harry escape to safety in Deathly Hallows: Part 1. As werewolves go, he’s definitely at the loveable end of the scale, between Jacob Black and Teen Wolf, rather than down with the Howling gang and Fenrir Greyback.

In the absence of an actual father, Sirius Black is Harry’s next best thing. Like a member of the A-Team, he’s a crack wizard sent to prison for a crime he didn’t commit. 12 years later, he escaped a maximum security, Dementor-guarded stockade to the wizarding world underground. After that, still wanted by the Ministry of Magic and Lord Voldemort’s Death Eaters, he survived as a wizard of fortune. If you’re an orphaned wizard boy, if no other godfather / dogfather can help, and if you can find him, maybe you can hire… Sirius Black. Er, that got away from us a little there. The point is, Sirius is a wonderfully flawed character, combining an entitled arrogance and tendency to recklessness with an immense capacity for affection – all of which he lavishes on Harry, who badly needs it.

Hermione may start the Harry Potter films as an insufferable know-it-all, but she finishes them as an entirely sufferable, even loveable, know-it-all, someone who doesn’t hide her smarts but also gives the people around her credit for intelligence as well. Her friendship with Harry and Ron rubs off Hermione’s rougher edges, while age and suffering transform her into someone tactful. And, lest we forget, they wouldn’t get far without her problem-solving and research abilities, not to mention her quick responses to danger (consider that hex she throws at Harry when they’re chased by Snatchers in Deathly Hallows: Part 1). JK Rowling apparently gave her character an unusual name because she was afraid that children would get teased if they shared a moniker with Hogwarts’ school swot. By this time, however, we’re pretty sure that the name Hermione is a badge of honour rather than a cause of ridicule, because it turns out that the girl in the gang is maybe the most capable of the lot.

If Harry were a more self-centred person he’d probably object to placing third on his own list, but since the Boy Who Lived tends to err on the side of modesty, we’re guessing he’d simply confine himself to horror that he placed above so many valued friends and teachers. That’s perhaps the most likeable thing about Harry: despite the attention lavished on him by the entire wizarding world, he remains more conscious of his failings than his successes, and doesn’t let it all go to his head. In Daniel Radcliffe’s hands, the boy wizard grows up smart, reserved and quietly, fiercely loyal to his friends and ideals. Despite carrying the weight of the world on his shoulders and a sense of incipient doom in his heart, he stays determined throughout the series. For that steadfastness and courage, he’ll always be our hero. 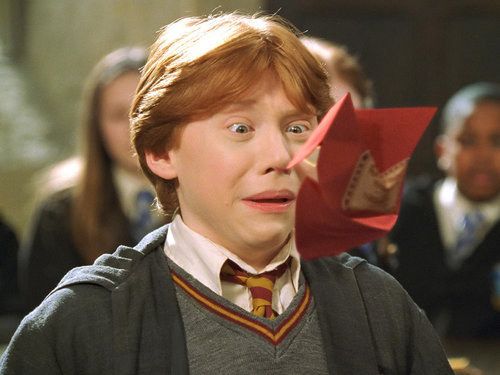 The heart and funny bone of the central trio, Ron provides the lion’s share of laughs over the course of the Potter books – and we love him for it. But there’s more to him than that. His relationship with Harry is not simply one of best friends, but a complex mix of love and envy. After all, while Harry envies Ron his large, loving family, Ron has to contend with his middle-child syndrome, and must contrast his own threadbare lifestyle with Harry’s wealth. There’s even a time when they seem to be rivals for Hermione’s affection (at least in Ron’s mind), and it’s no wonder that there’s tension there. But we love Ron because he always comes right in the end, abandoning resentment for affection and standing by both his blood family and surrogate family.

Alan Rickman was the only person other than JK Rowling to know, from the start, where Severus Snape’s story was going. He had to, because Snape is a puzzle-box of a character, layering secrets and riddles over a heart that remains hidden until the very end. Let’s face it: even the sneering, supercilious outermost layer is a delight to behold, Rickman’s distinctive delivery squeezing malice out of every word. Then there’s his shocking turn in Half-Blood Prince lashing out at Dumbledore, the one man who always had faith in him – and his ultimate redemption in Deathly Hallows Part 2, revealing his tragic backstory and lifelong commitment to Harry, Dumbledore, and, most importantly, Lily Potter. It’s this slow revelation of unguessed-at complexity that has put the school’s most bullying teacher in the top spot on this list, in a testament both to Rowling’s writing and Rickman’s endless capacity for snark. We can only stand in wonder, and salute their efforts.