One of the highest-rated TV series of all time, Game of Thrones, ended so discouragingly that its fans petitioned for a reshoot of the last season. At the moment, the initiative has gathered almost 2 million signatures. When your favorite TV series comes to an end, you want to see an enchanting ending, or at least, a logical denouement, that’ll put an end to all the storylines.
We at Bright Side decided to remember the popular TV shows that started out great, gathered an army of fans, and then didn’t live up to our expectations. And at the end of the article, we prepared a bonus — a TV series that brought everyone’s attention to the screen, and then again and again disappointed viewers with its sequels. 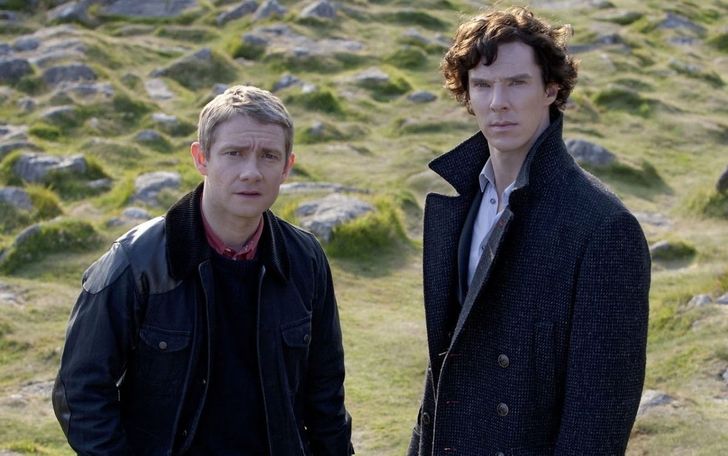 Showrunners Mark Gatiss and Steven Moffat brought the character of Arthur Conan Doyle to our time and it was a good decision. The series was a huge success and made Benedict Cumberbatch and Martin Freeman 2 of the most popular and sought-after UK actors. The New Year’s Eve for Sherlock fans became even more anticipated thanks to new episodes of their favorite TV show. And It made it even sadder that season 4 received mixed reviews and didn’t try to make a claim to be the legendary ending of this beloved story. 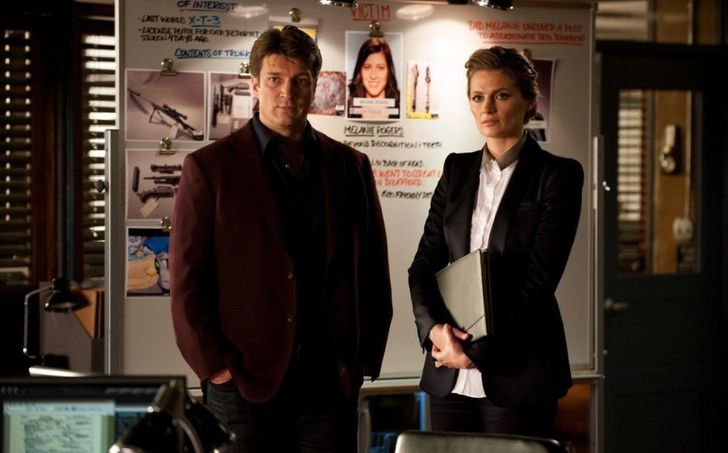 The ironic and charming writer Richard Castle became the partner of the serious and ambitious detective Kate Beckett. The audience fell in love with this couple, who constantly got into trouble and found themselves in the epicenter of some incredible events. For 7 seasons, the series managed to stick to high standards, but the last season just bored viewers. As a result, ratings dropped and the TV show was canceled. 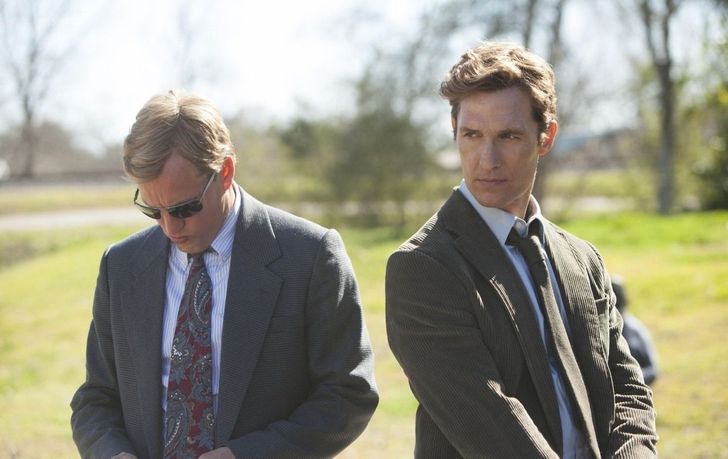 The first season of True Detective blew up the media. The acting duo of Matthew McConaughey and Woody Harrelson was acclaimed by critics, and the series itself was hailed as the most powerful TV show during its time. Critics admitted that it was impossible to stop watching the first season, and ranked True Detective with 87% “freshness.” Unfortunately, subsequent seasons failed to reach these heights. But the third season was received much warmer than the second one. 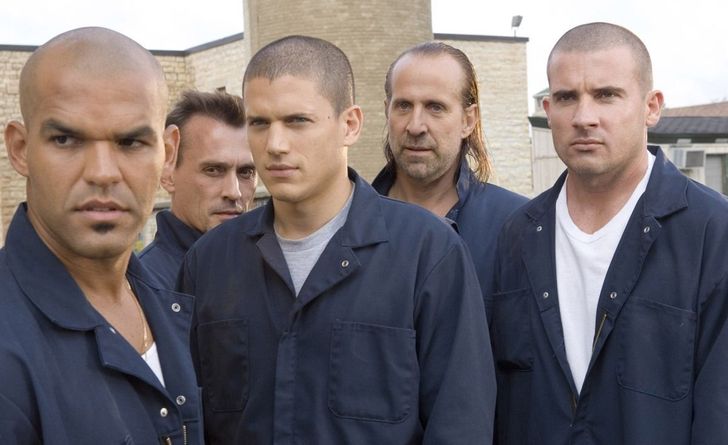 If the first 2 seasons were liked by both critics and viewers, then the further continuation of the epic Prison Break wasn’t to everyone’s taste. “Even I, a fan of Prison Break, started to perceive Monday nights as a burden,” — concluded one of Entertainment Weekly’s critics. 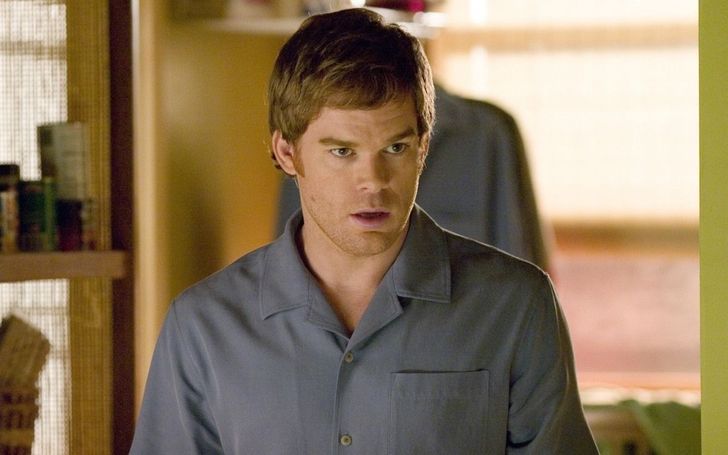 People call the finale of the Dexter TV series one of the most disappointing endings of all time. The first season intrigued viewers and was liked by critics. The series had been losing its audience since season 6, with the season finale gaining a depressing 33% on Rotten Tomatoes. “No one and nothing could have prepared me for such a miss in the finale,” — The Star-Ledger critic, James Queally, wrote. So it comes as no surprise that the Showtime channel wanted to film the show’s second finale and announced the return of Dexter. 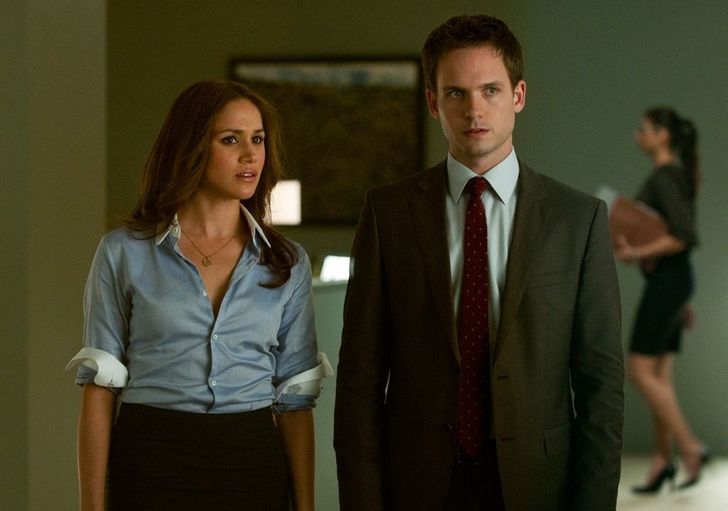 Self-taught lawyer Mike Ross finds himself in one of the best law firms in New York, right under the wing of the brilliant lawyer, Harvey Specter. Viewers fell in love with the everyday life of the clever legal team, but after season 5, the ratings of the series began to decline. “After Patrick J. Adams and Meghan Markle left, it’d have been better to cancel the show. It was possible to survive Meghan’s departure, but the main character’s departure… We stopped watching it even earlier because it was boring,” — says Bright Side user RagDolly. 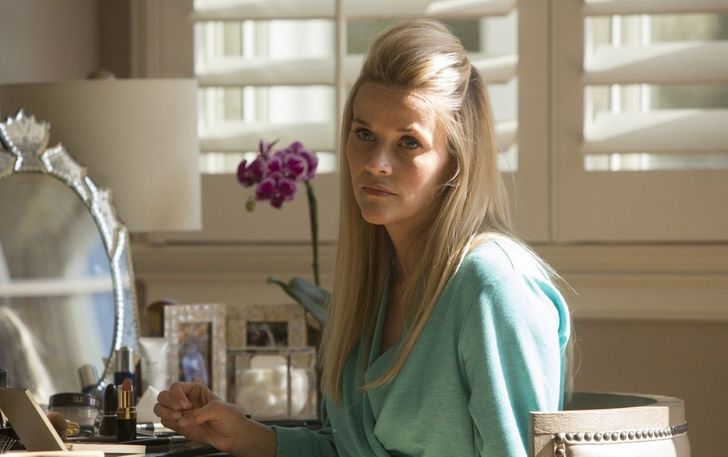 The first season impressed many people, and it was a complete story. Many viewers agree that Big Little Lies is good enough without a sequel. In his review of season 2, a journalist from The Atlantic noted, “And yet, there are more TV shows now than ever, which is why one so studded with extraordinary actors has the privilege of being that most unlikely thing of all for many people: a disappointment.” 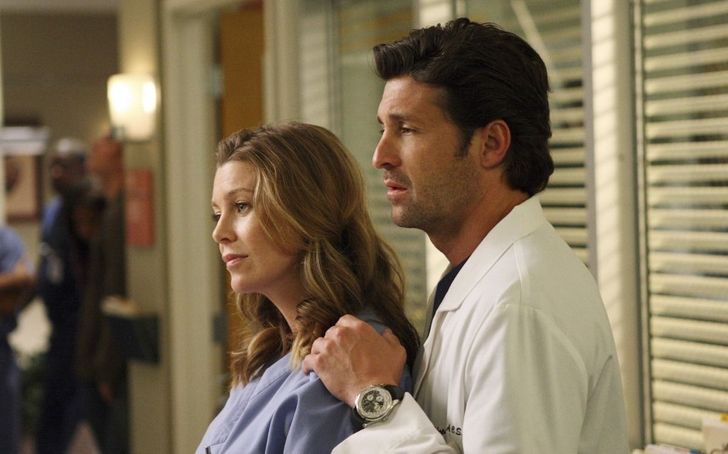 The popular drama about the life of doctors currently has 17 seasons under its belt. Those who were born when the pilot episode was released may have already graduated from high school. The devoted viewers experienced many events during this time: the vicissitudes of the personal lives of the doctors, disasters, and the deaths of their favorite characters. By season 13, the interest of the audience in Grey’s Anatomy had faded, and viewers’ ratings went down. “It was interesting until the end of season 13. After that, love lines that were completely sucked from the finger appeared on the show, when the actors didn’t show the chemistry that was there before,” — says Bright Side user Daria. 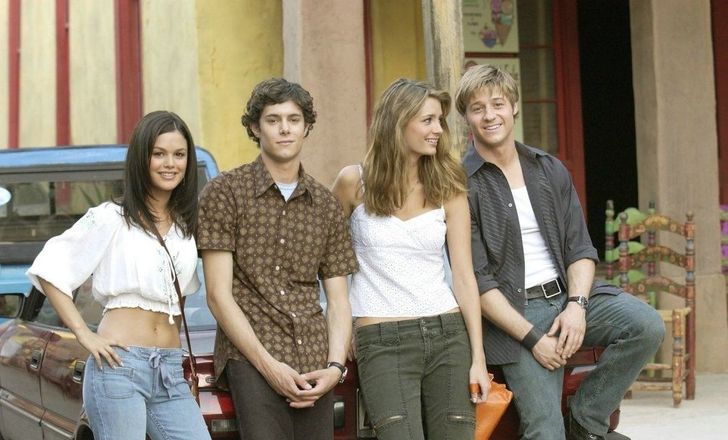 The first 2 seasons of THE O.C. is an exemplary youth drama that garnered rave reviews from viewers. However, by season 3, the scriptwriters of the show had noticeably fizzled out and couldn’t bring novelty to the relationship of the Californian teenagers Ryan, Seth, Marissa, and Summer. And it led to a sharp drop in ratings. 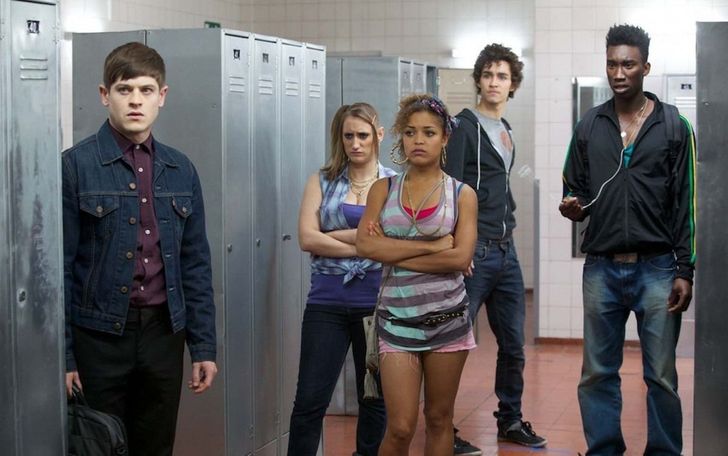 A cynical and non-PC TV show about several difficult teenagers who have received superpowers was to the taste of fans of unusual TV series. But after season 3, the audience’s interest began to fade. “I watched seasons 1–3 and a few episodes of season 4. And season 4 just ruined everything I loved about the show. In my opinion, you don’t need to watch seasons 4 or 5 because season 3 ended well,” — writes one of the Misfits fans. 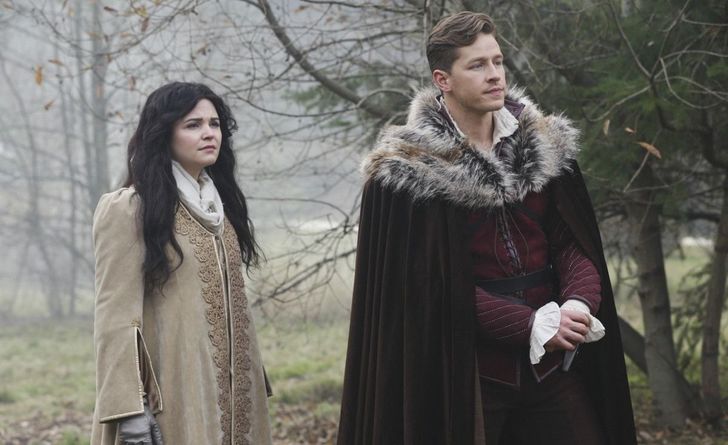 By the last seasons, ABC’s Once Upon a Time began to repeat itself. “The magic was gone,” —concluded Mark Perigard in an article for the Boston Herald. Bright Side user Marissita agrees with him, “I couldn’t cope with the last season, although I honestly tried. They came up with so many different things — it’s just awful. And most importantly, why would they do it? I don’t know. They just spoiled the whole impression from Once Upon a Time.” 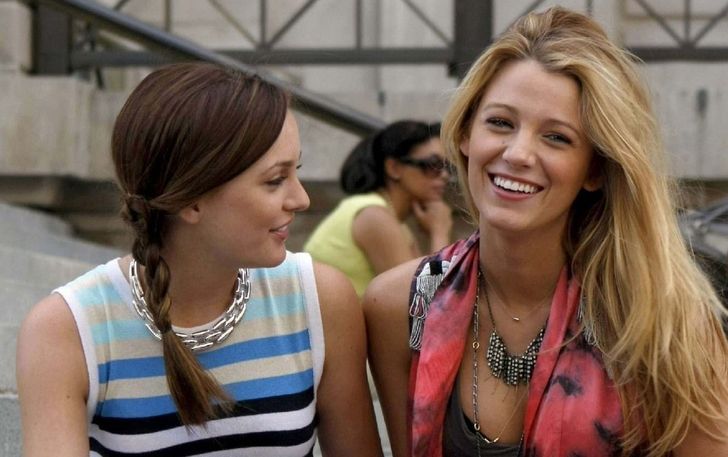 The first seasons were welcomed by both viewers and critics with open arms. However, with each subsequent season, the series lost its freshness. It was only intrigue, the intricate relationships of the characters, and intrigue again. Sooner or later, Blair, Serena, Nate, Chuck, and others had to grow out of the cramped world of Gossip Girl. Few viewers managed to wait for the finale and learned the main secret of the series (but its mystery had faded over the years). The rating on Rotten Tomatoes had dropped to 60% by season 6. 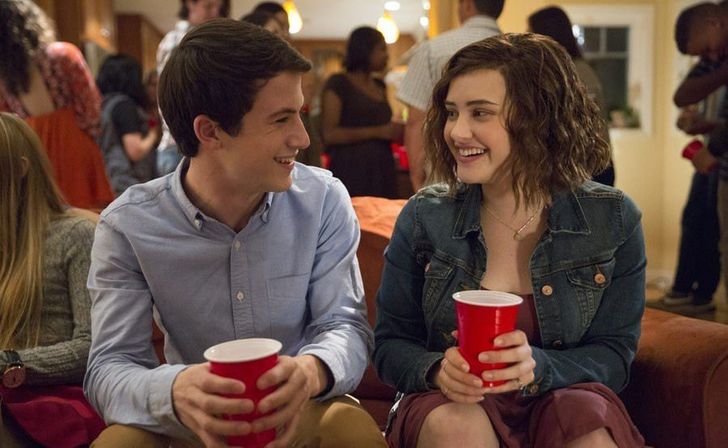 This is another example of when the showrunners needed to stop in time. The first season of 13 Reasons Why intrigues starting from the first episode and raises sensitive social issues. Its finale is a logical and brilliant end to the story. But why are there 3 more seasons? The answer to this question was not understood by critics or viewers. And the low ratings of the new seasons reflected the fans’ outrage. 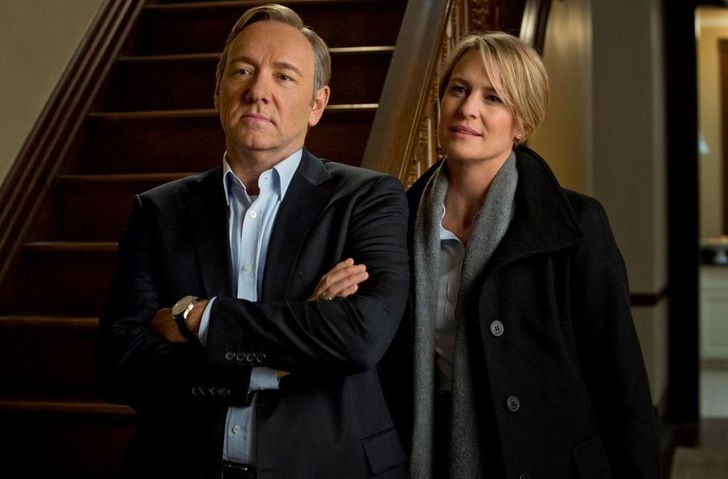 The unquestionable hit about the ambitious and calculating Congressman Frank Underwood was a breakthrough for Netflix. Over the course of many seasons, showrunners have managed to maintain the audience’s interest and consistently high ratings. However, the end of the series disappointed many people. “I don’t remember having watched any series that ended in such a terrible way,” — says IMDb user sshesley.

The legendary series about FBI agents Dana Scully and Fox Mulder lasted 9 seasons from 1993 to 2001. After season 8, the series’ star David Duchovny left the show. Season 9 caused critical rejection and fans’ outrage. However, the producers wouldn’t accept it and tried to restart the show several times. In 2008, a full-length sequel The X-Files: I Want to Believe was released and it did pretty bad at the box office. And in 2016 and 2018, 2 more seasons were released, in which Gillian Anderson and David Duchovny returned to their old roles. Any hope of sparking the nostalgic feelings of fans never came true. The ratings were low, and after 16 episodes, the series was canceled.