Jennifer Aniston is consistent. The star, who celebrates her 52nd birthday today, has never been one to follow trends. Instead, Aniston sticks to the things that make her feel at her best: the hair is always long, the skin is permanently bronzed, and nine times out of ten, the clothes are jet black. As Hollywood’s most dedicated little black dress enthusiast, Aniston has been extolling the virtues of understated style for the past three decades, onscreen and off.

To keep things fresh, Aniston plays with texture and silhouette. Sequins are a favorite for big nights out, like her 2017 trip to Vanity Fair’s Oscar party, where she dazzled in a sultry Atelier Versace gown with thousands of reflective discs. Casual moments call for something shorter, like the matte black Balenciaga number she chose for the Toronto International Film Festival in 2008. Daring days mean breaking out the leather and opting for a rock and roll-inspired piece, like the belted Hedi Slimane-designed Celine look she wore at the premiere of Murder Mystery back in 2019.

Even before she became a household name, Aniston was making the most of the LBD. At the 1995 GLAAD Awards, mere months after the premiere of Friends, she joined her castmates on the red carpet wearing, what else, a black sheath dress. A look that still looks modern a generation later—minus the iconic “Rachel” hairstyle—it set the tone for decades of compelling style from one of America’s best-loved stars. 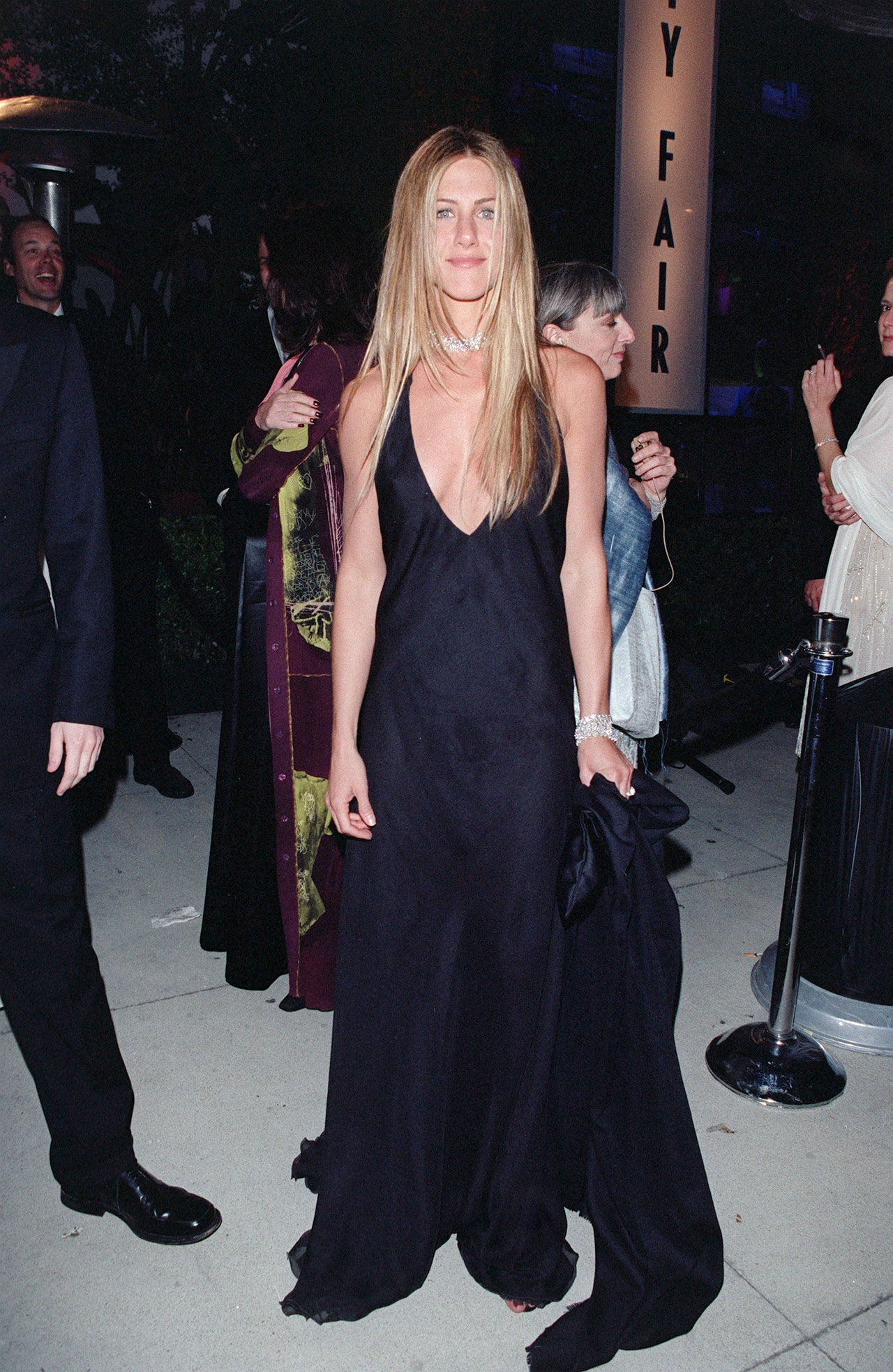 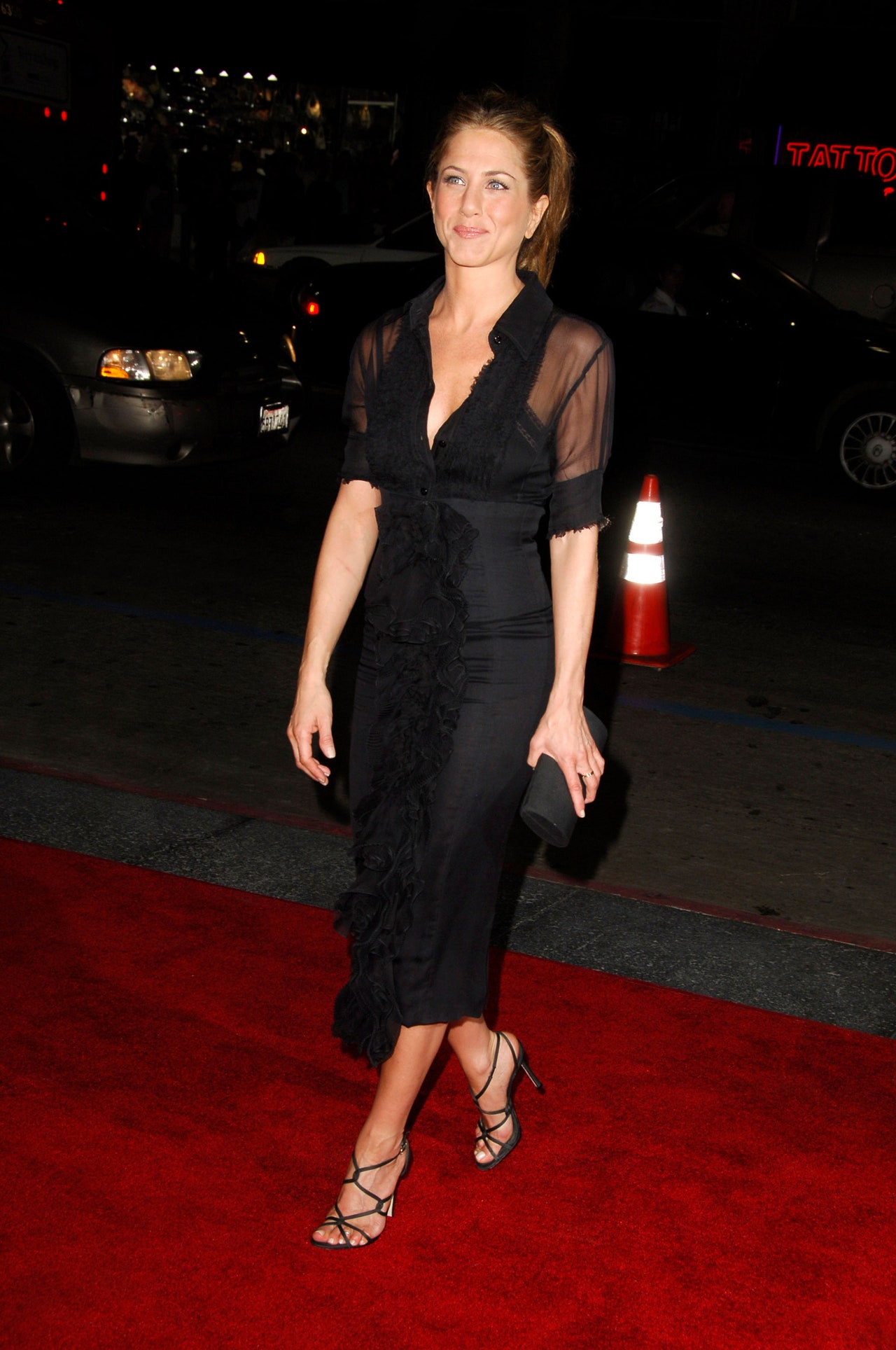 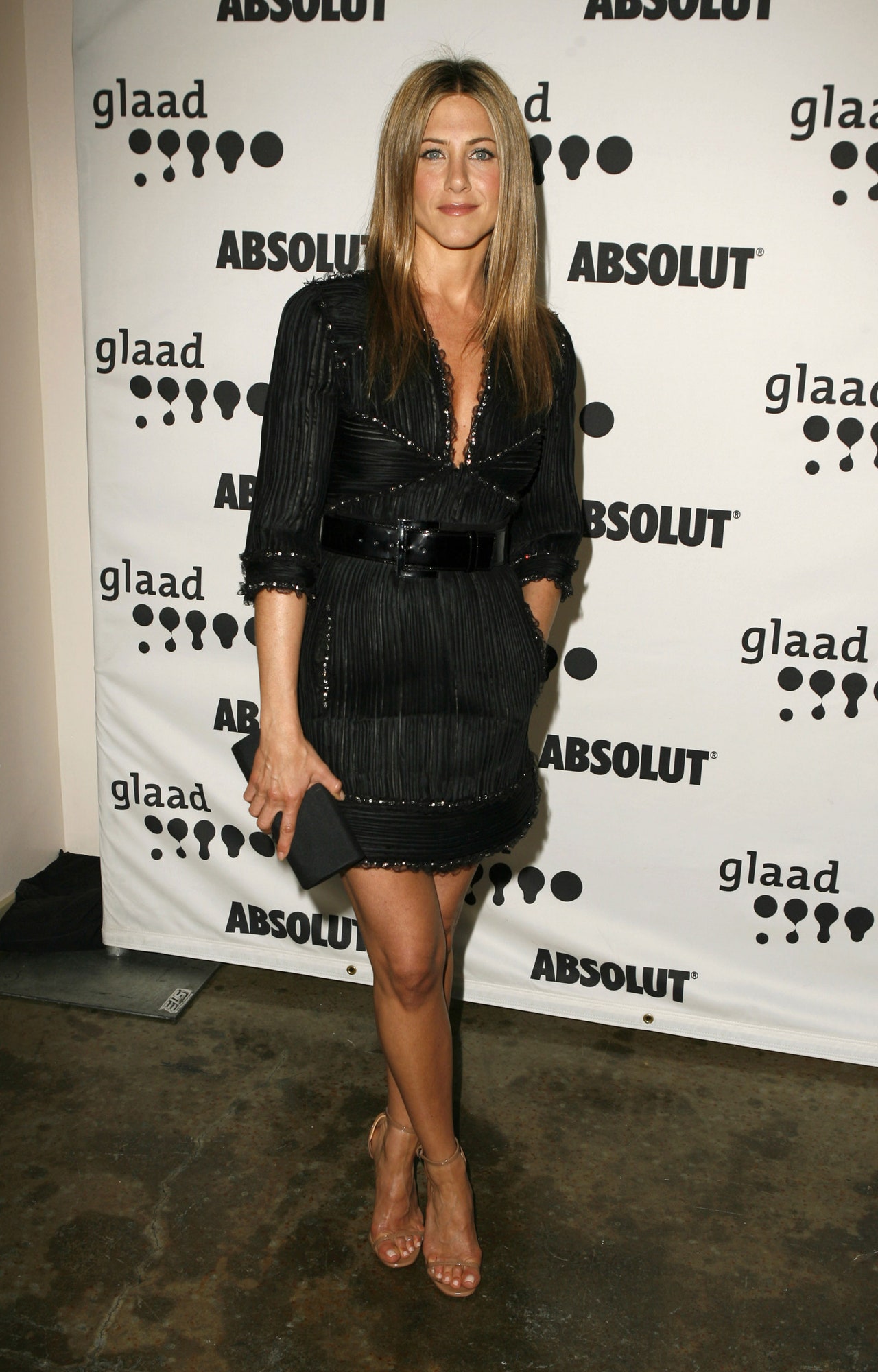 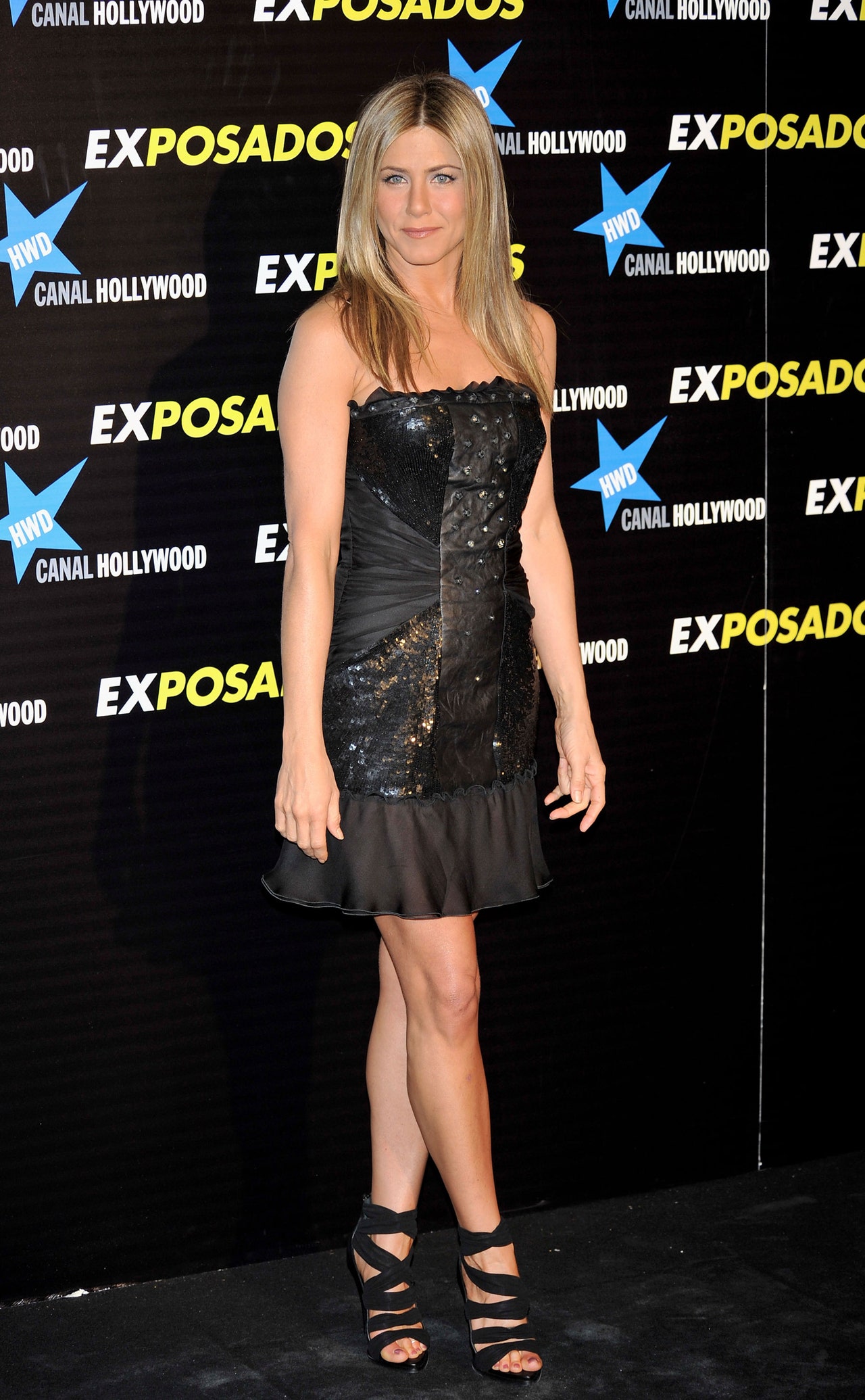 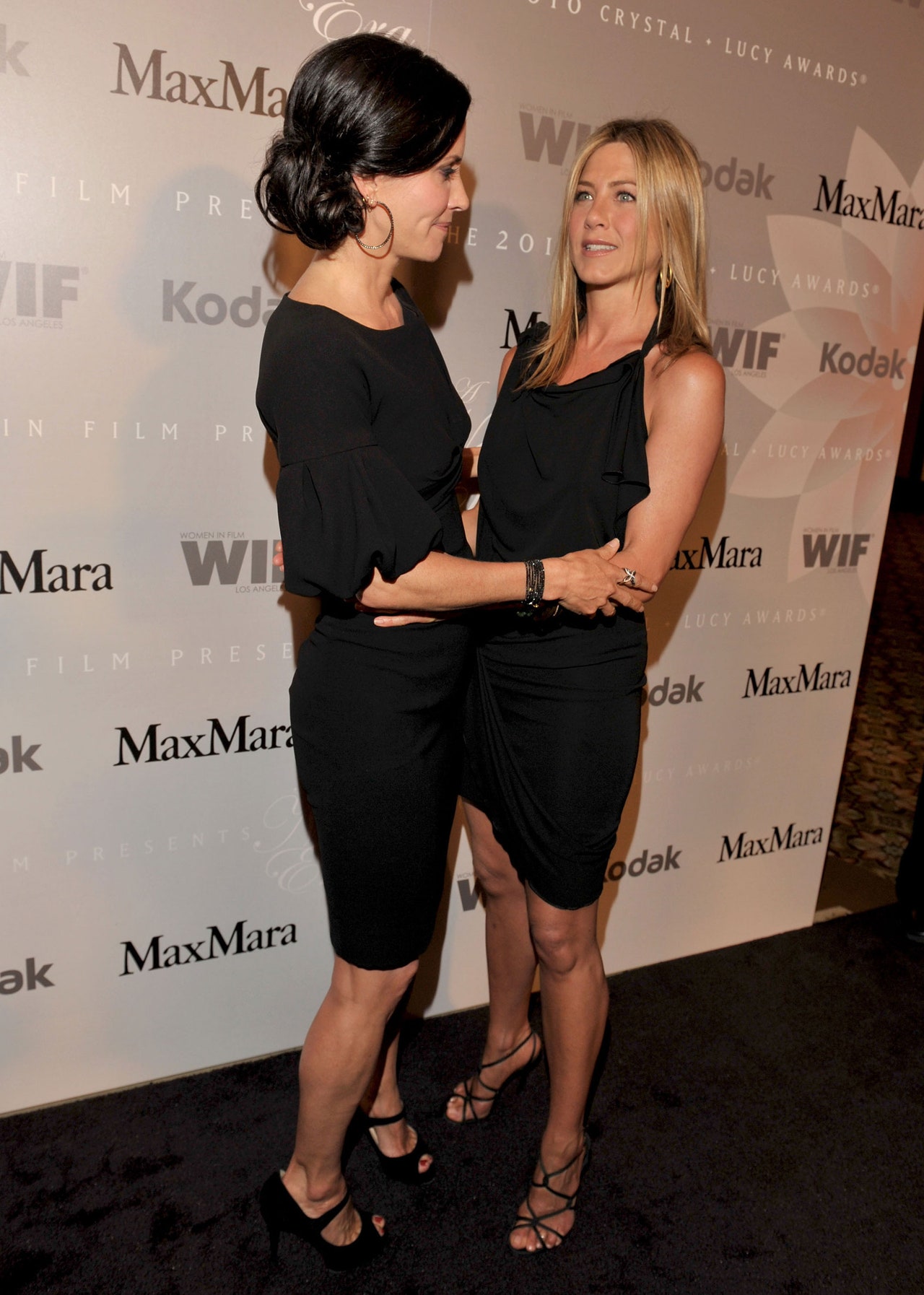 in RM by Roland Mouret 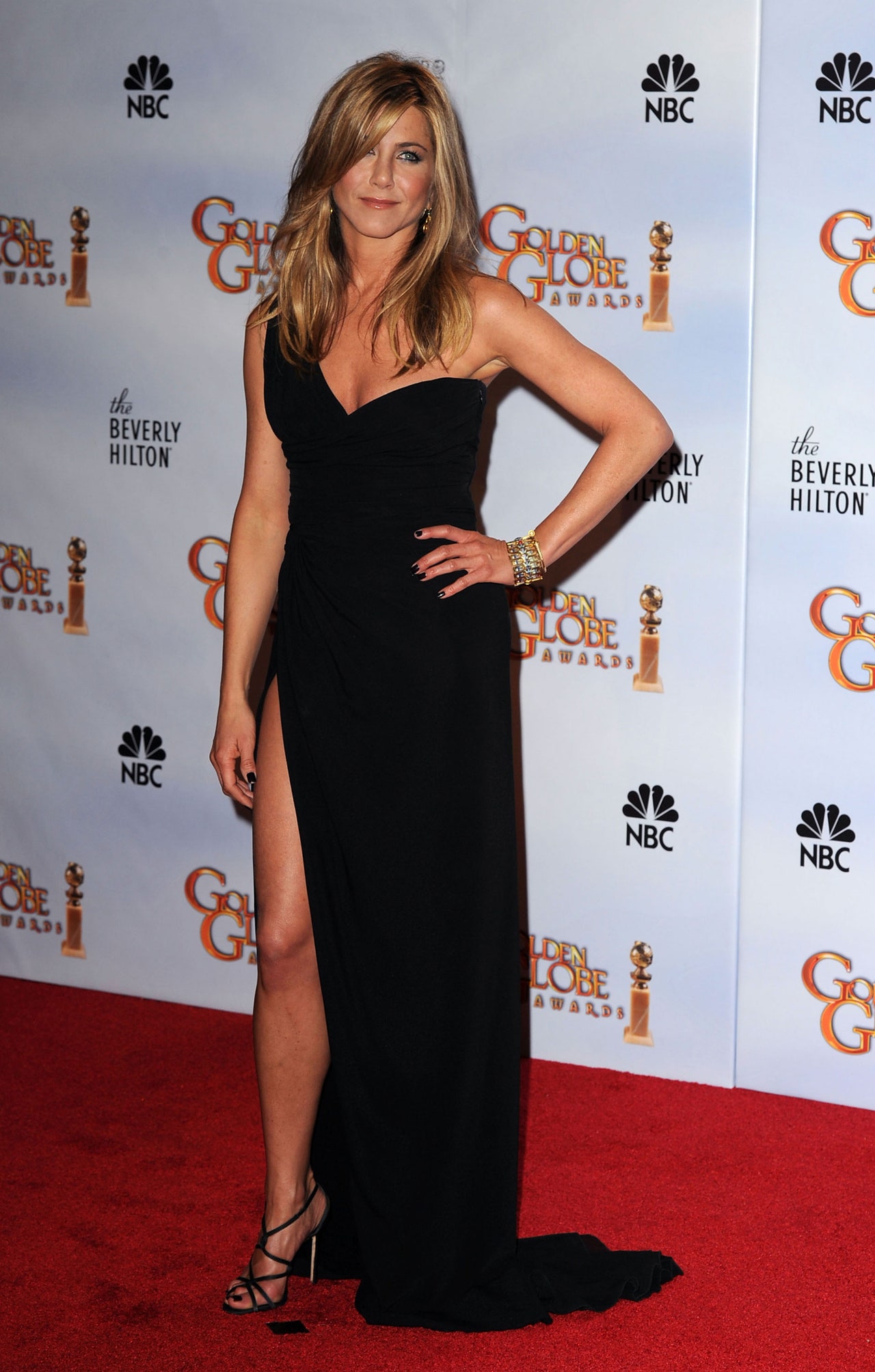 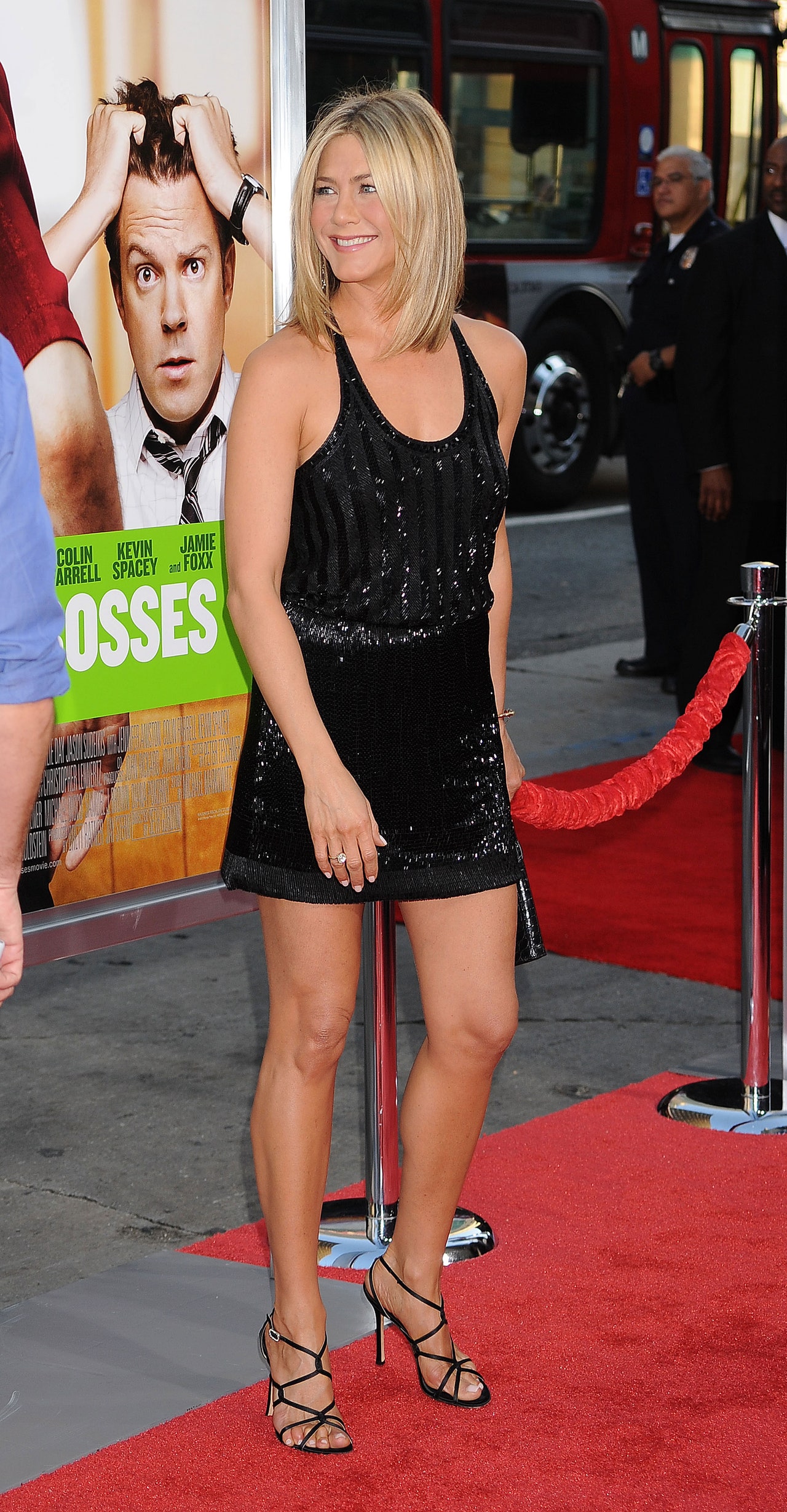 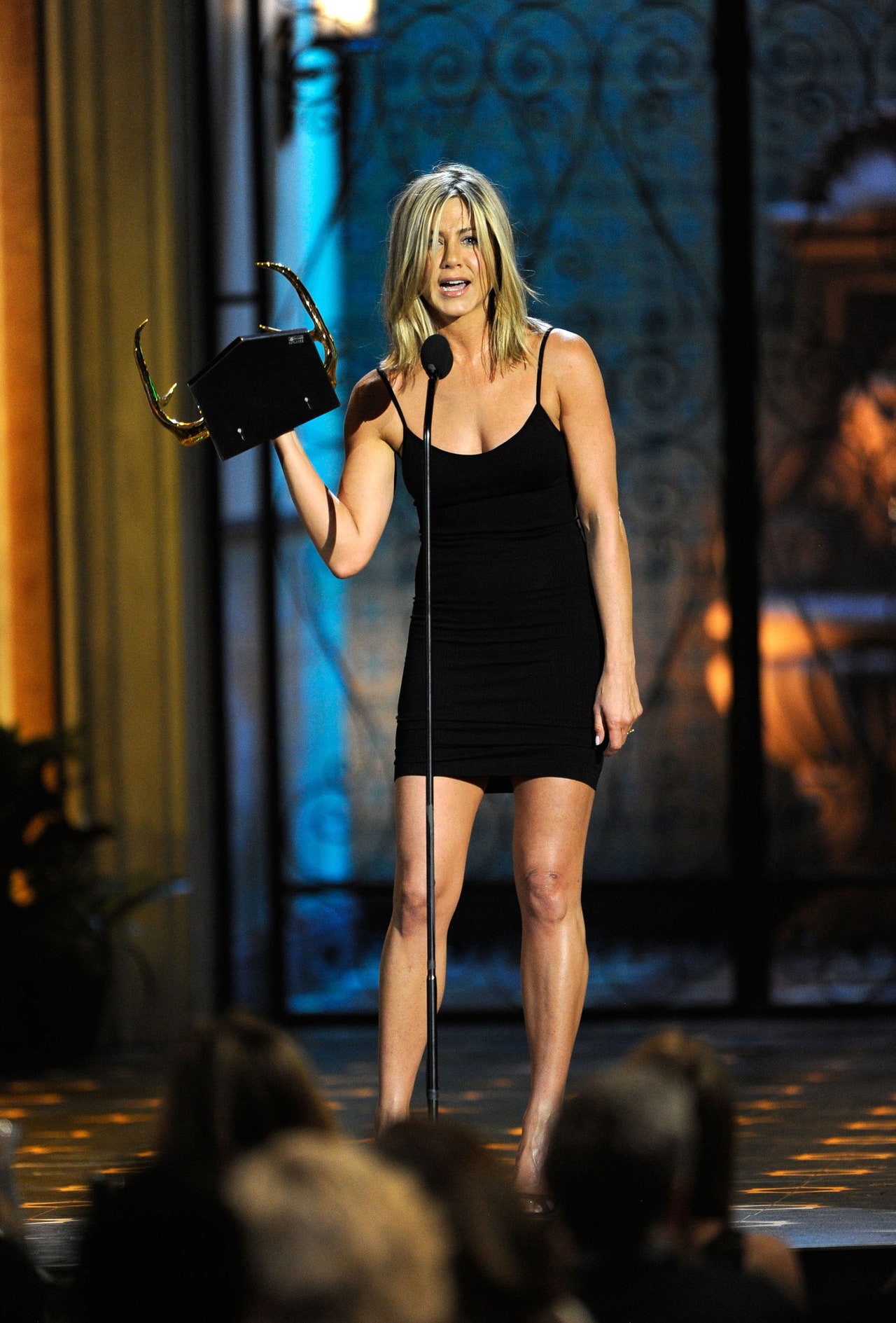 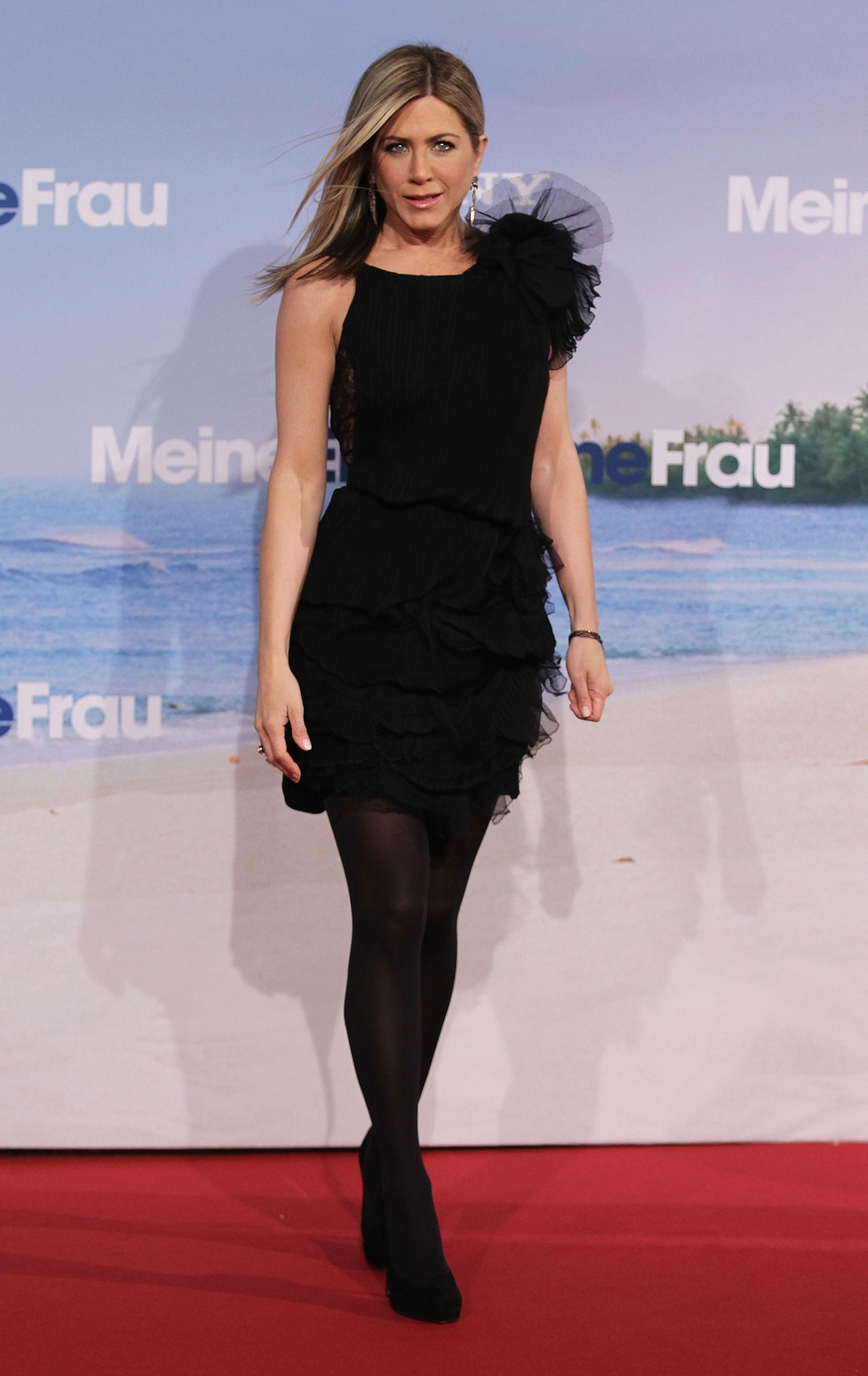 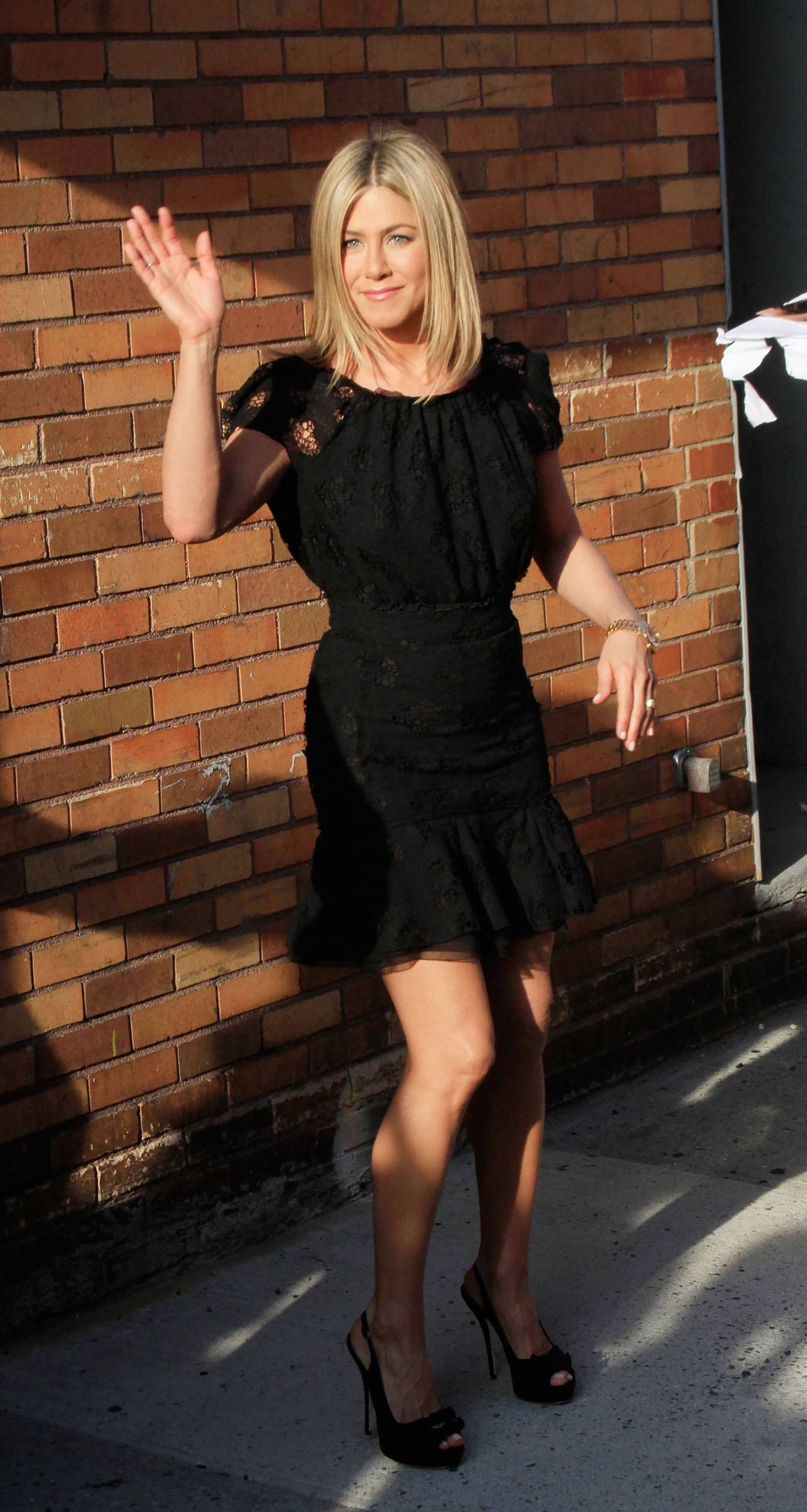 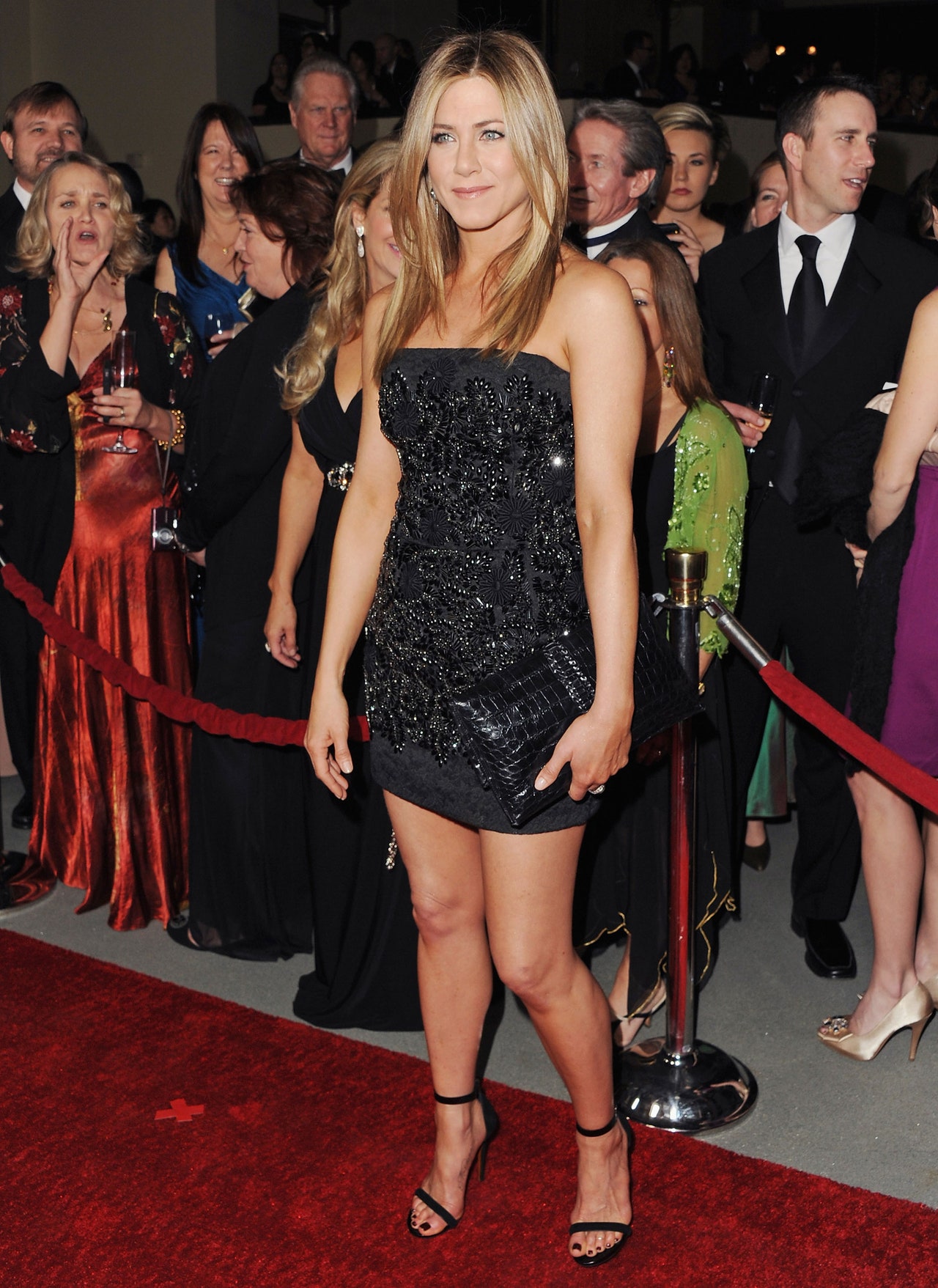 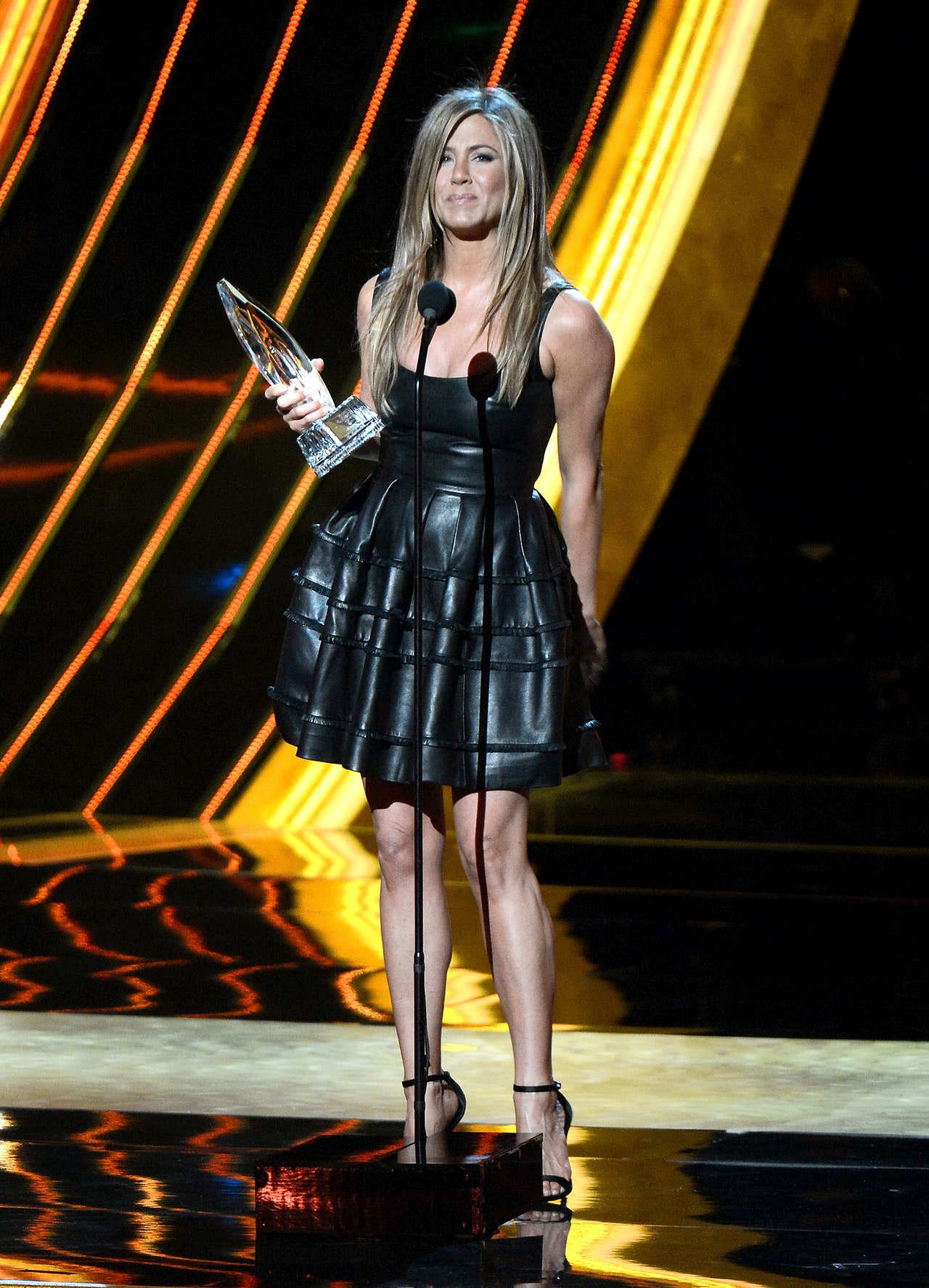 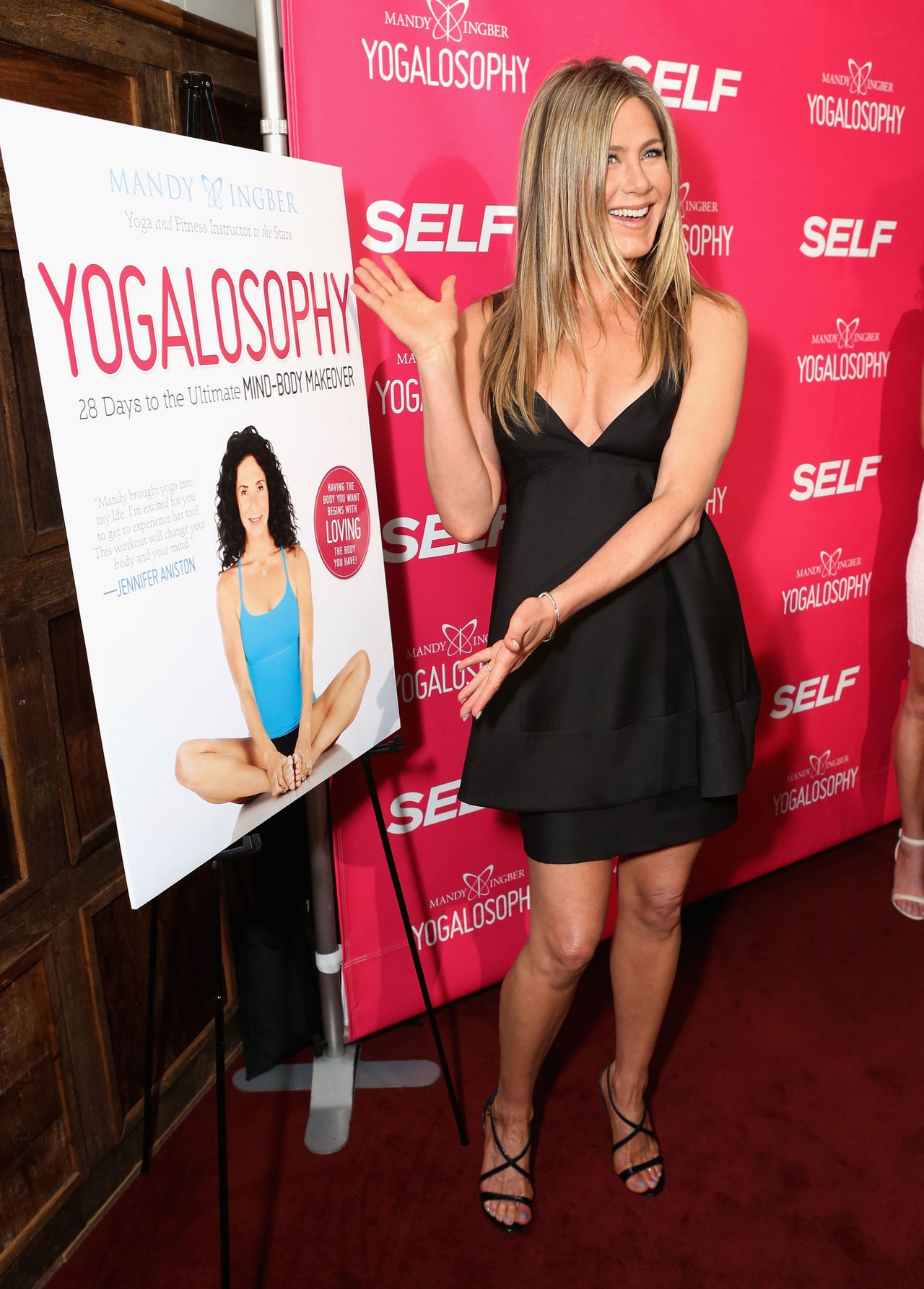 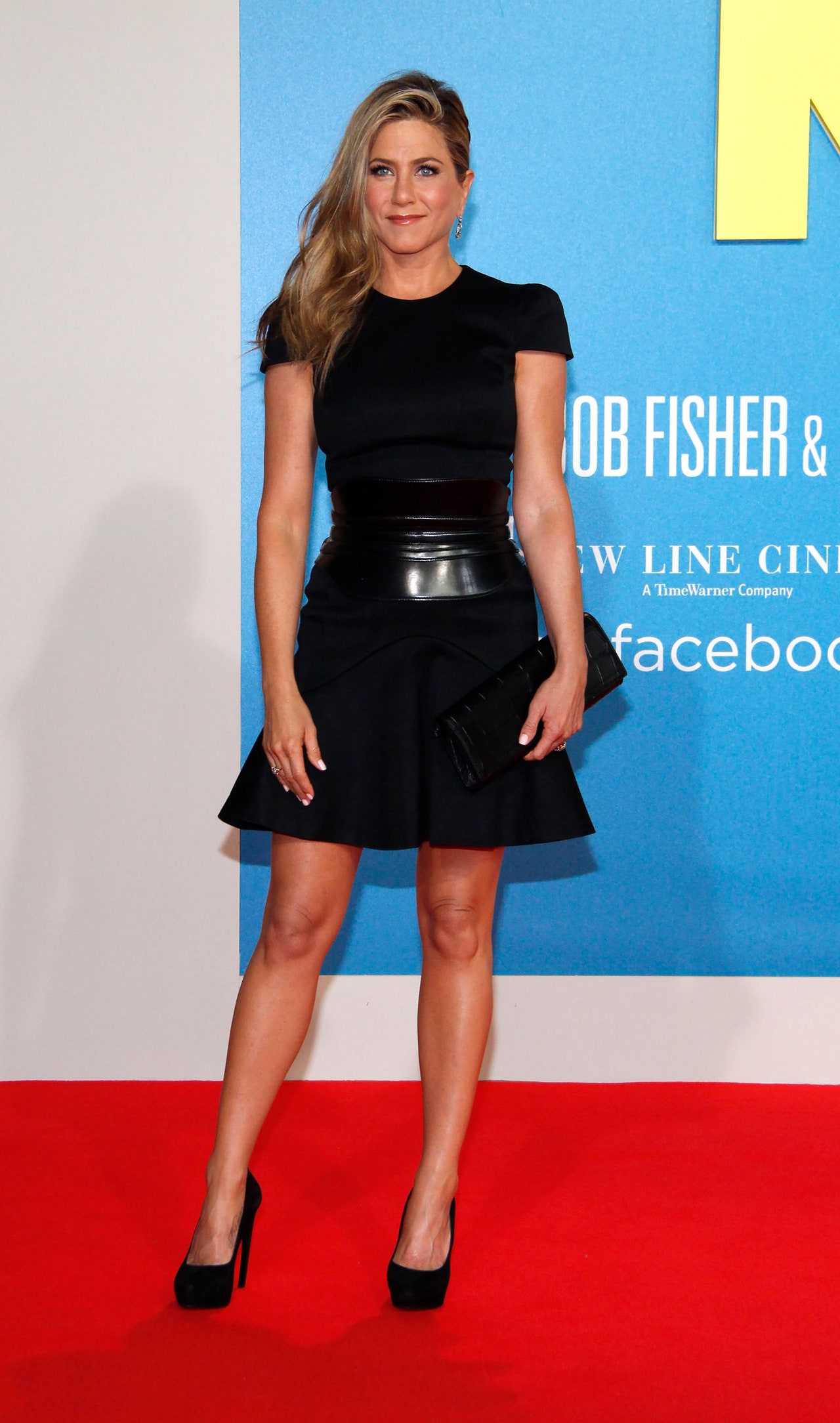 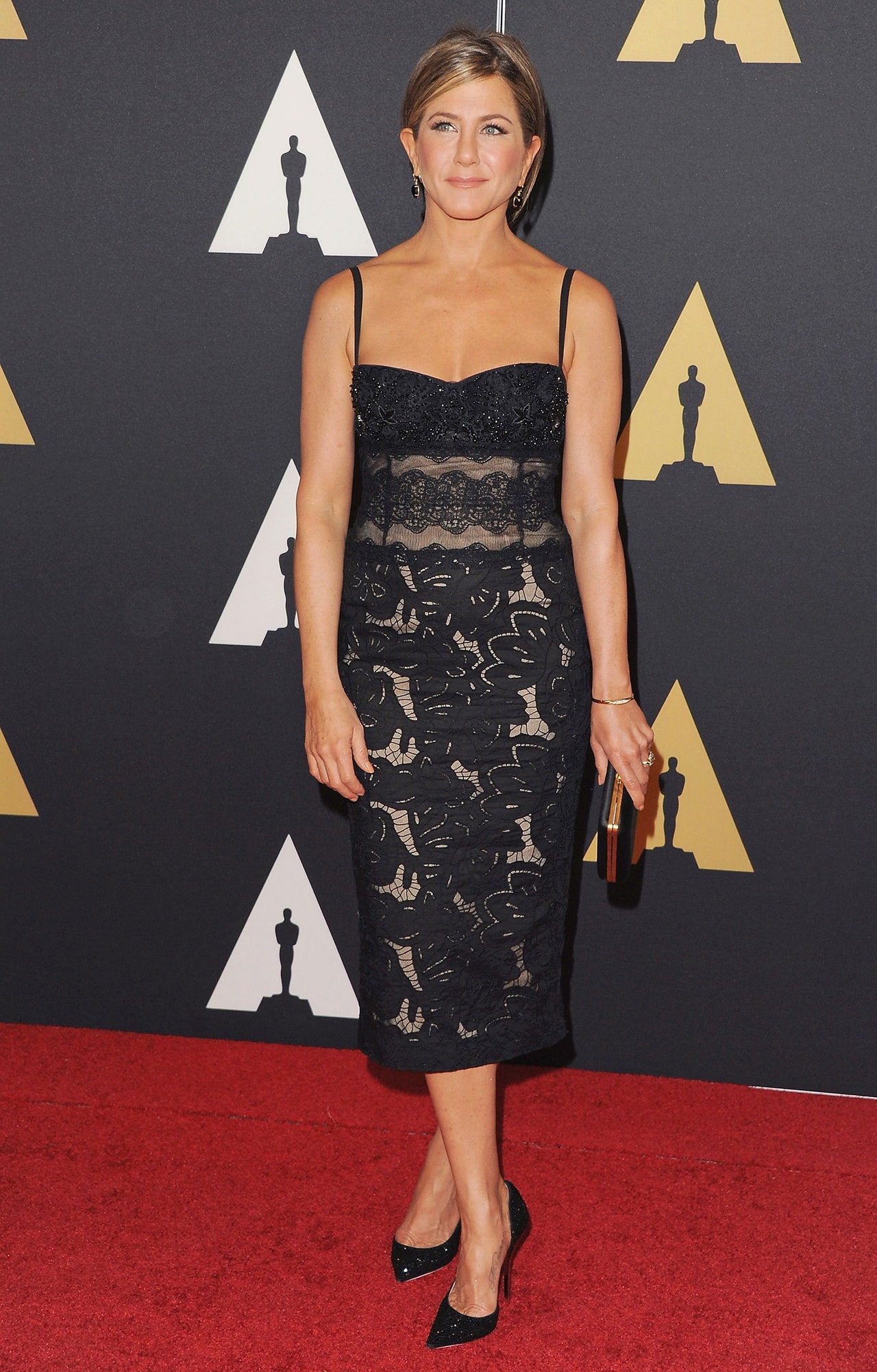 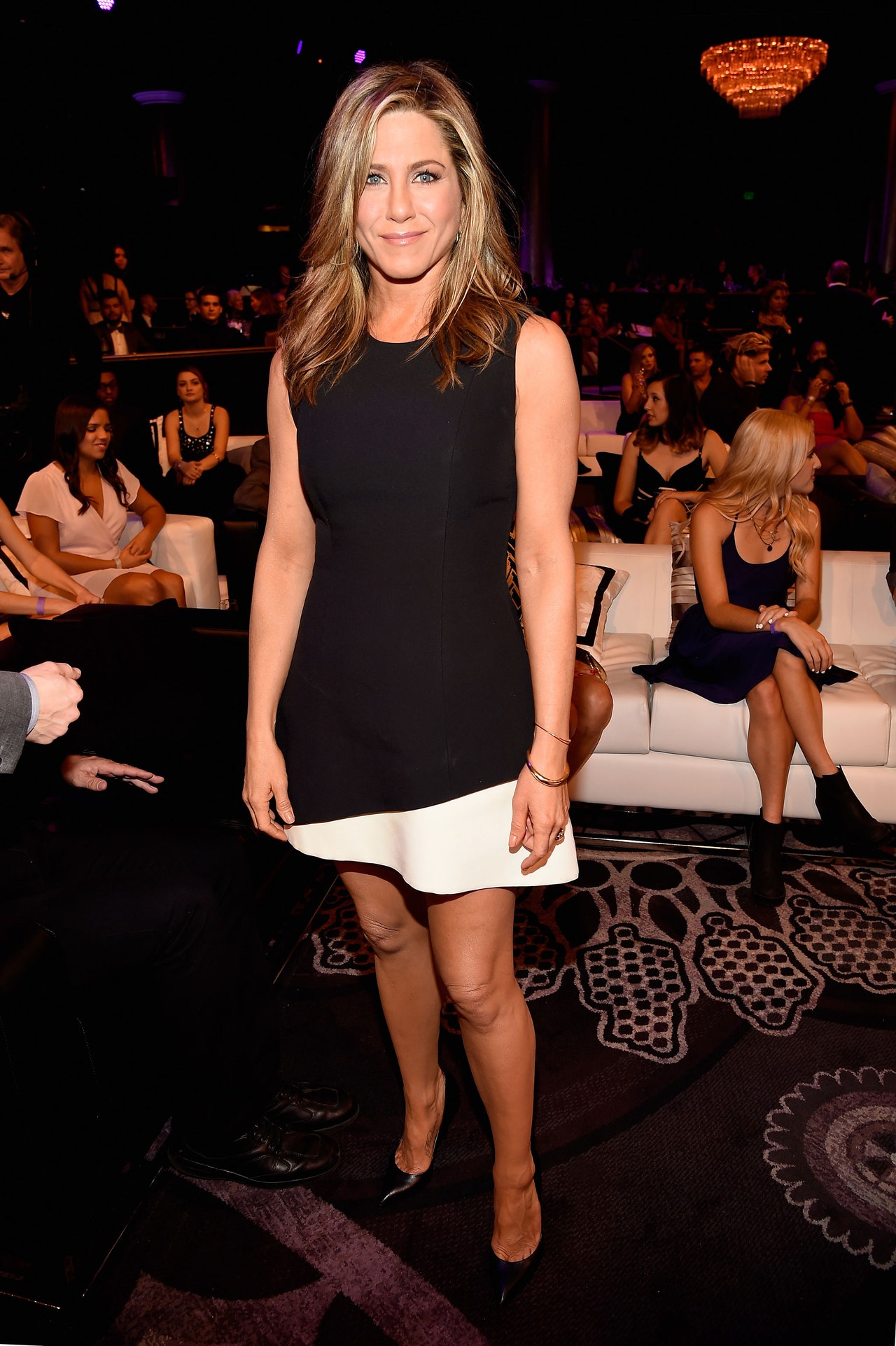 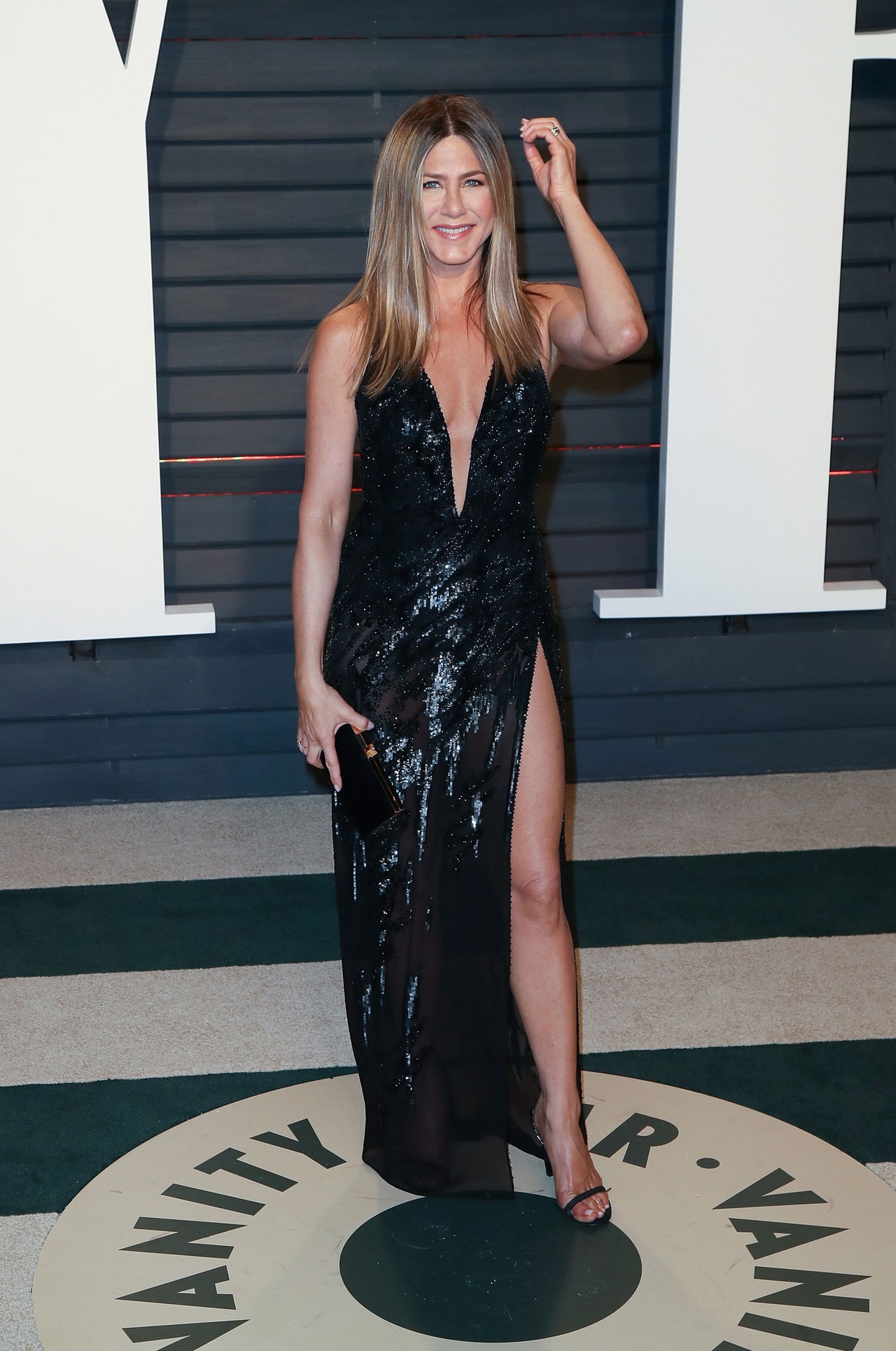 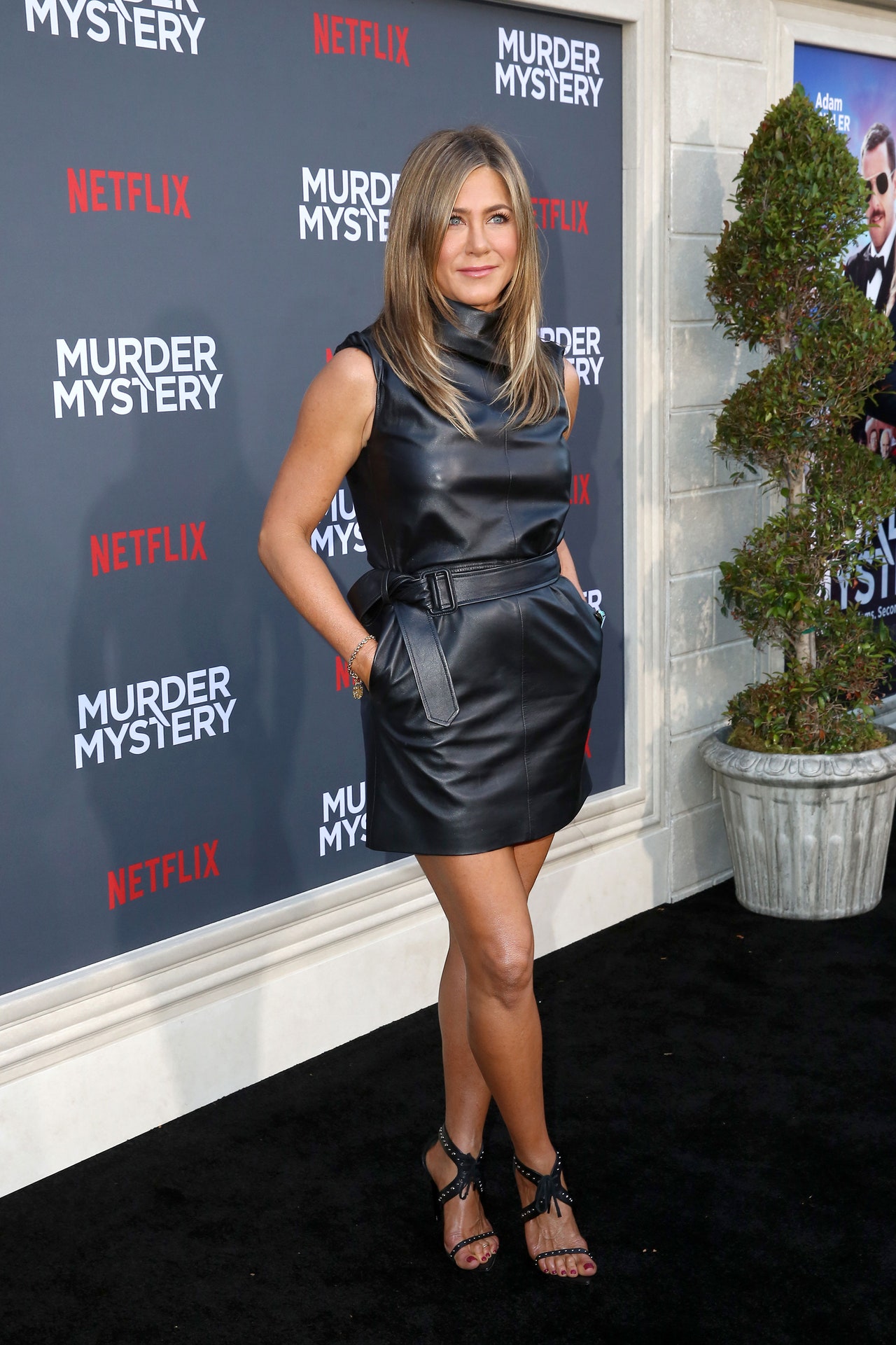 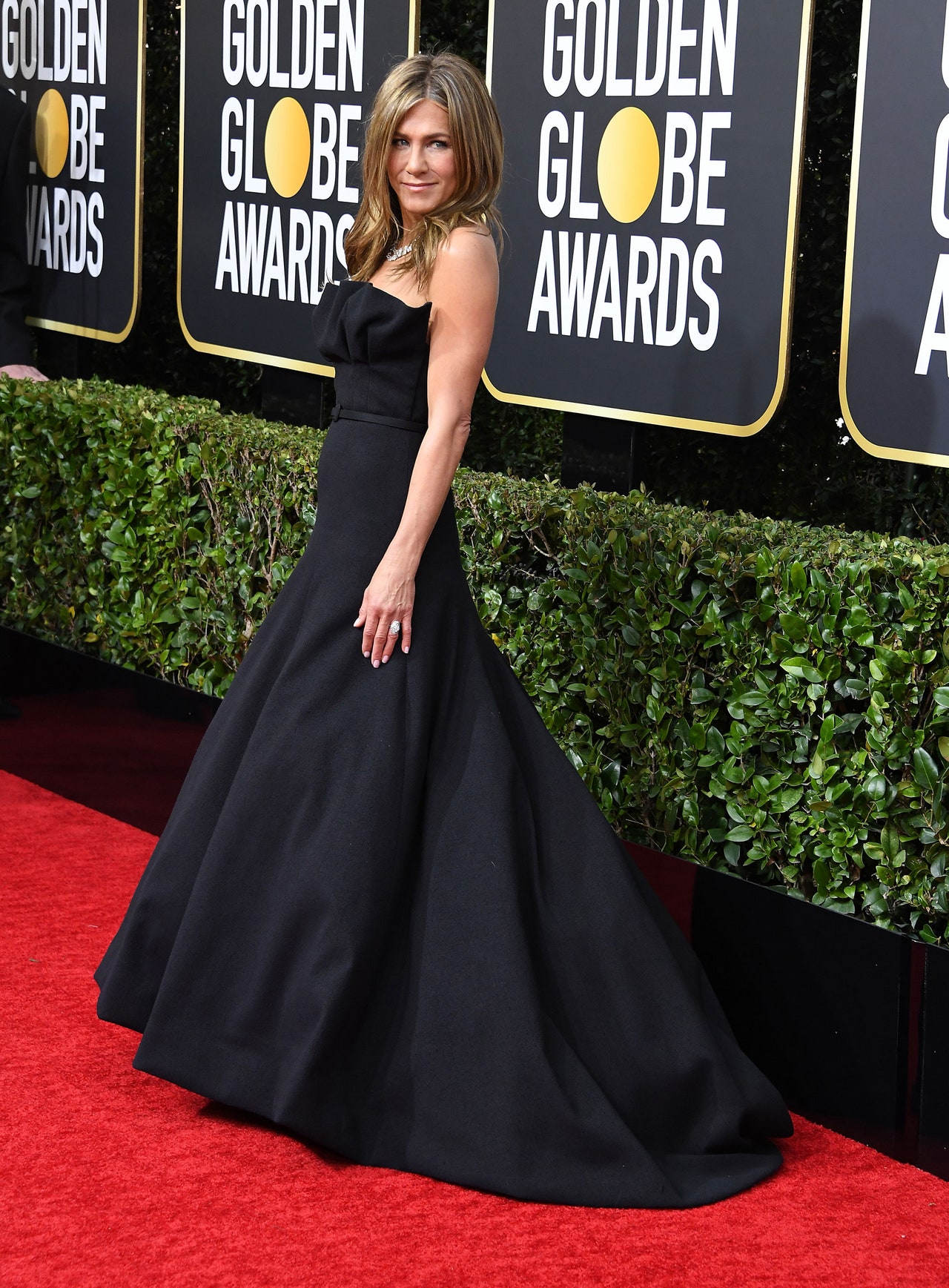