Many, many famous actors appeared on Friends during the sitcom’s ten-season run from 1994 to 2004. The entire main cast became household names, and the show was also known for having frequent celebrity guest appearances and cameos.
However, there were plenty more famous names who guest-starred on Friends before they became hugely successful. Here are nine Friends guest stars who went on to become highly successful performers in Hollywood. Some of these stars were already beginning to be famous when they guest-starred on the popular sitcom, while others had barely started their careers. All of them, however, have gone on to become much more successful since appearing on Friends.

These days, Ellen Pompeo is one of the highest-paid actors on television. She stars in the long-running ABC medical drama Grey’s Anatomy, which is entering its eighteenth season this fall. However, before she was known around the world as Dr. Meredith Grey, Pompeo appeared on Friends in the season 10 episode, “The One Where The Stripper Cries” as Missy Goldberg, a woman whom both Chandler and Ross had crushes on in college.

Jim Rash is instantly recognizable to TV comedy fans as Greendale Community College’s dean, Craig Pelton, from the beloved sitcom Community. Rash is also an Academy Award-winning screenwriter; he won the Oscar for co-writing the movie The Descendants. Before he was Dean Pelton and before he was an Oscar winner, he made a small appearance in the final episode of Friends as a nervous passenger on Rachel’s plane to Paris. 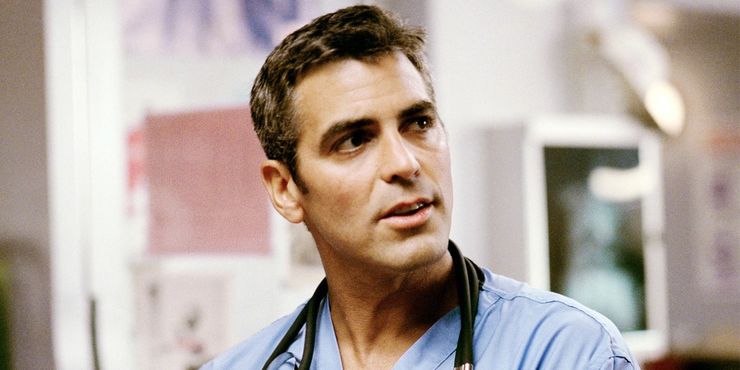 When George Clooney guest-starred on Friends, he was already a well-known actor. In fact, he appeared on Friends as a cross-promotion for his own TV show, the medical drama E.R. He and his E.R. co-star Noah Wyle played doctors whom Rachel and Monica meet in the hospital and invite on a double date. Since then, however, Clooney has gone on to become one of the most famous actors in the world. He also has a very successful career as a director and producer. He has won two Academy Awards out of eight nominations, and in 2016 he won the prestigious Cecil B. DeMille Award for lifetime achievement in the film industry. 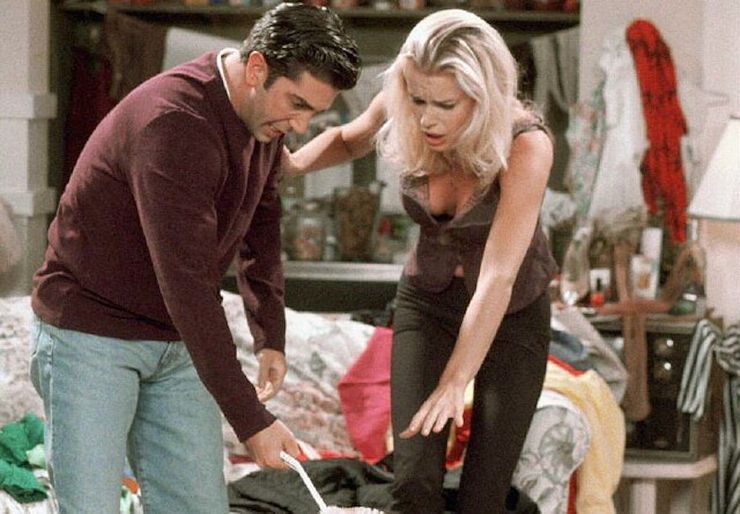 Rebecca Romijn rose to fame in the early 2000s thanks to her role as Mystique in the X-Men film series. She’s also played key roles in other superhero projects like The Punisher movie and several animated Superman and Justice League films. Her fist acting role was in 1997, when she appeared on an episode of Friends as a woman Ross goes out with who has a very dirty apartment.

These days, Ben Stiller is one of the most well-known and versatile film stars in Hollywood. He’s done slapstick comedies, childrens movies, independent dramas, and rom-coms. However, when he was just beginning his career he was mostly considered a sketch comedian, having performed on Saturday Night Live and The Ben Stiller Show. In 1997 he guest-starred in an episode of Friends as a man named Tommy with a very short temper.

Mae Whitman has been acting since she was a young child, and she was just eight years old when she appeared on the season three episode of Friends “The One Where Rachel Quits”. She plays a girl scout who dreams of going to space camp, and Ross has to help her sell cookies to achieve that dream. These days, she is best known for her supporting role on Arrested Development as Ann Veal, her main role as Amber Holt on Parenthood, and her lead role on Good Girls as Annie Marks. 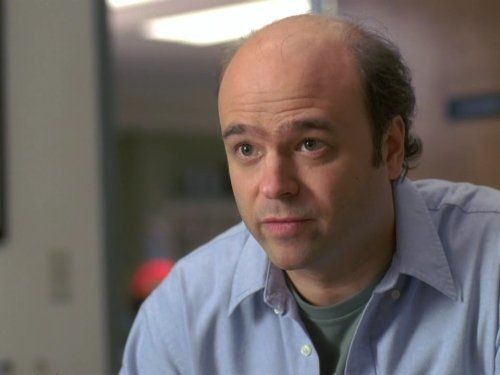 Scott Adsit appeared on Friends in 2002 as a casting director who is auditioning Joey for a part in a movie. At that point in his career, Adsit was well known in Chicago for her improv and sketch comedy work at The Second City, but he had yet to establish himself as an actor on screen. In 2006 he landed a main role in the NBC sitcom 30 Rock playing producer Pete Hornberger, and in 2014 he starred in the Disney animated film Big Hero 6 as Baymax the robot.

Jane Lynch has had a long and succesful career as an actor, and by the time she guest-starred on Friends she had already done a few films and appeared on several television shows. However, it wasn’t until a few years later that she rocketed to stardom. Since her appearance on the season ten episode “The One Where Estelle Dies”, Lynch has won five Emmy Awards for her work on shows like Glee, Hollywood Game Night, and The Marvelous Mrs. Maisel​​​​​​​.