1. When Ross needed some advice. 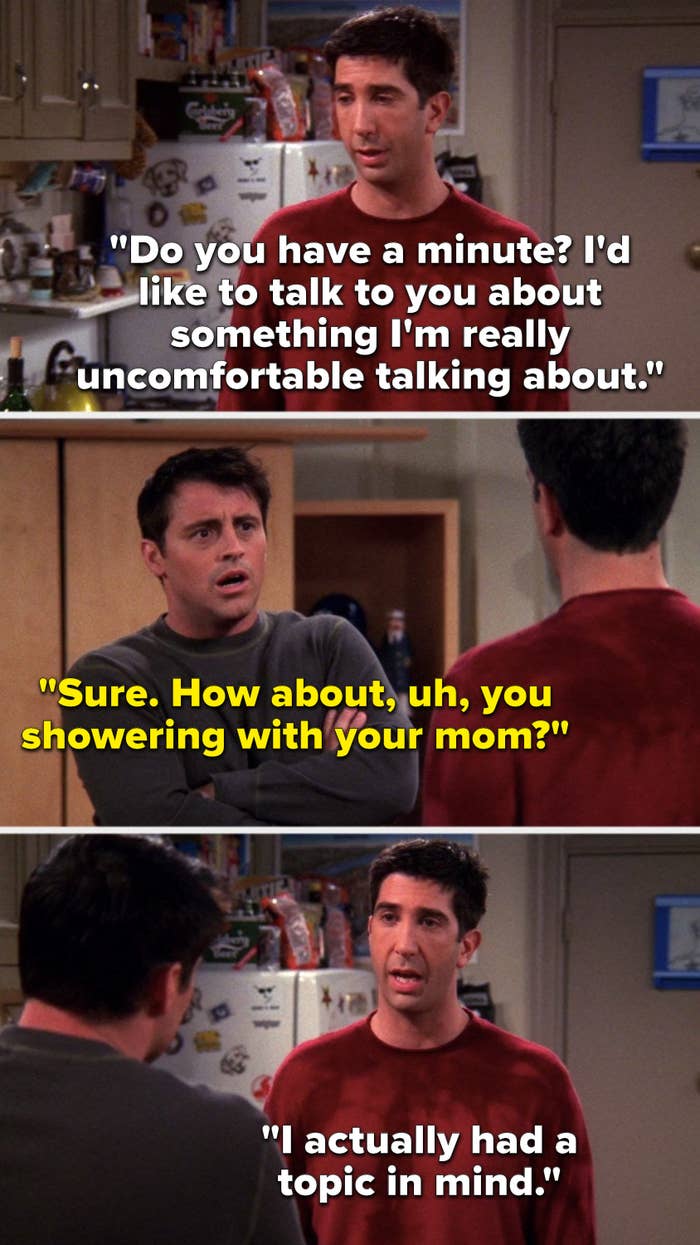 This may be my favorite Friends joke of all time. It’s certainly top-tier.

2. When Rachel made an English trifle that had a layer of beef sautéed with peas and onions. 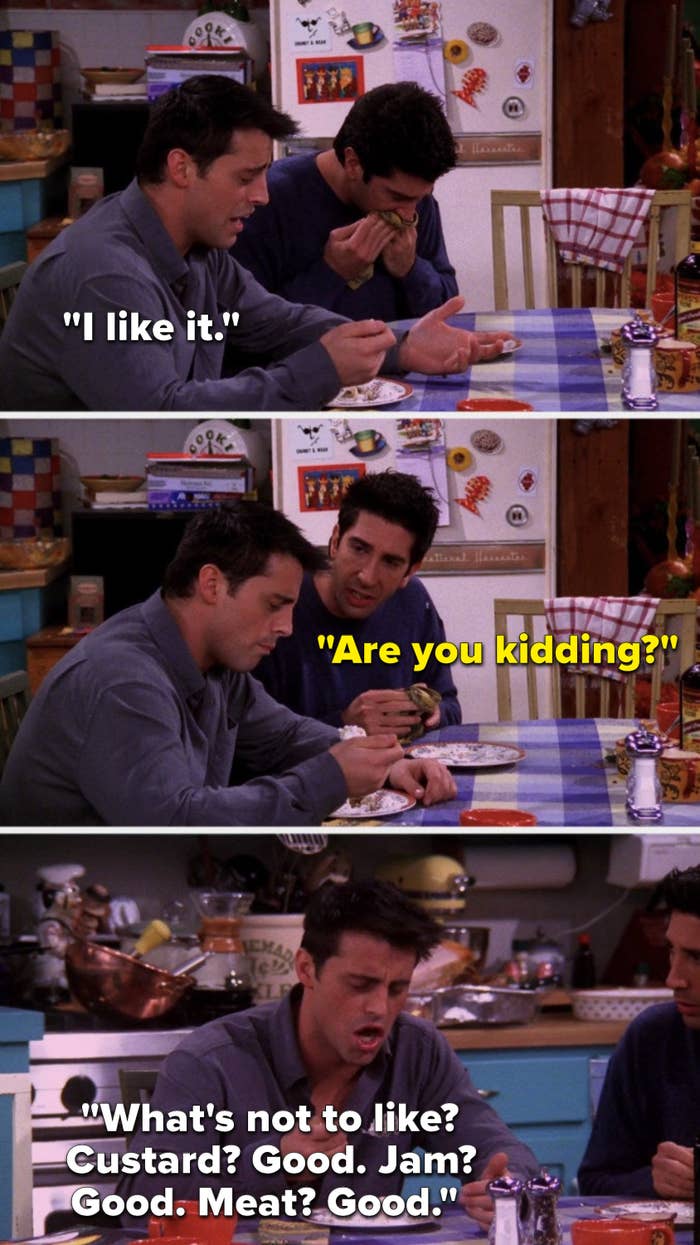 3. When Monica asked Joey what he’d do if he were omnipotent for a day. 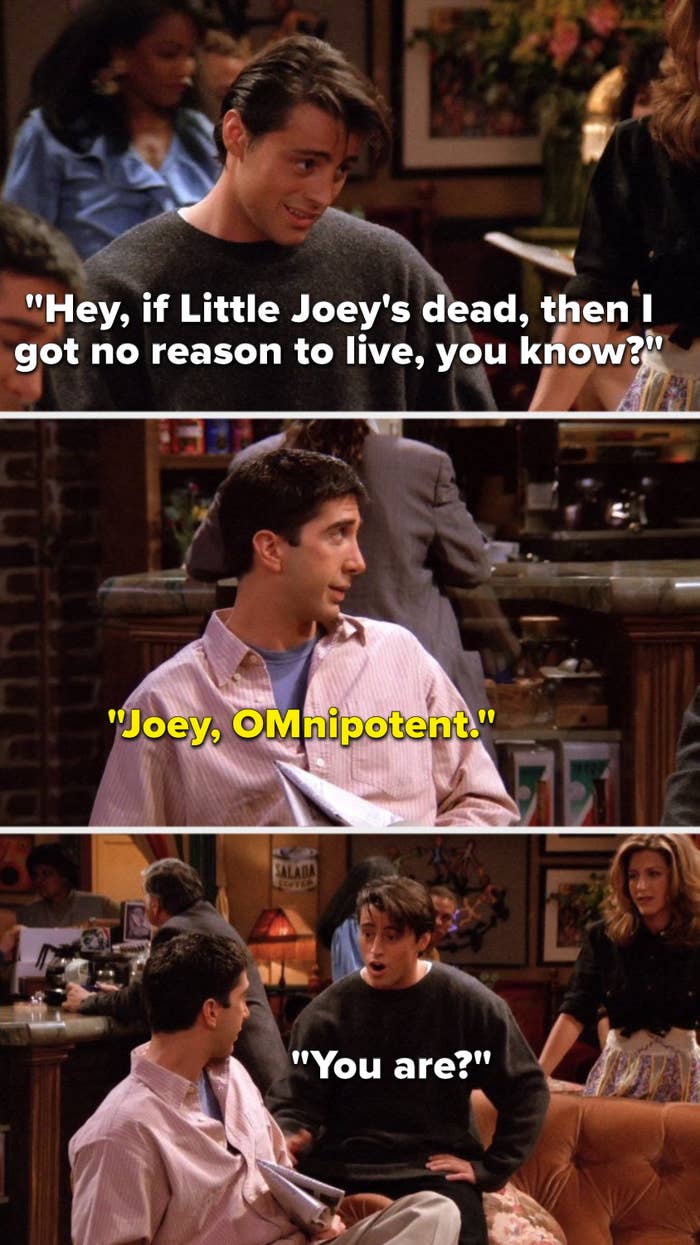 4. When they napped together and looked adorable as hell.

Basically, this whole storyline is great. Comfiness > the confines of traditional masculinity.

5. When Ross was on the phone outside and Joey was sure he was smiling, so Joey tried to prove you could tell if someone was smiling or frowning while they were turned around. 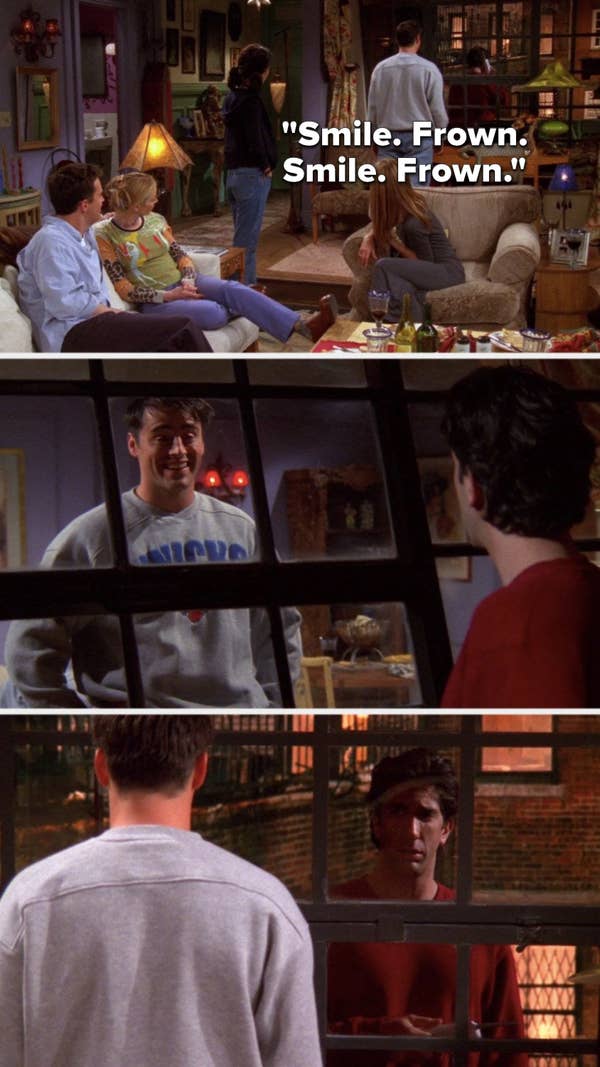 6. When Joey broke his fridge and wanted to get his friends to split the cost of a new one with him, so he pushed Ross into the broken one. 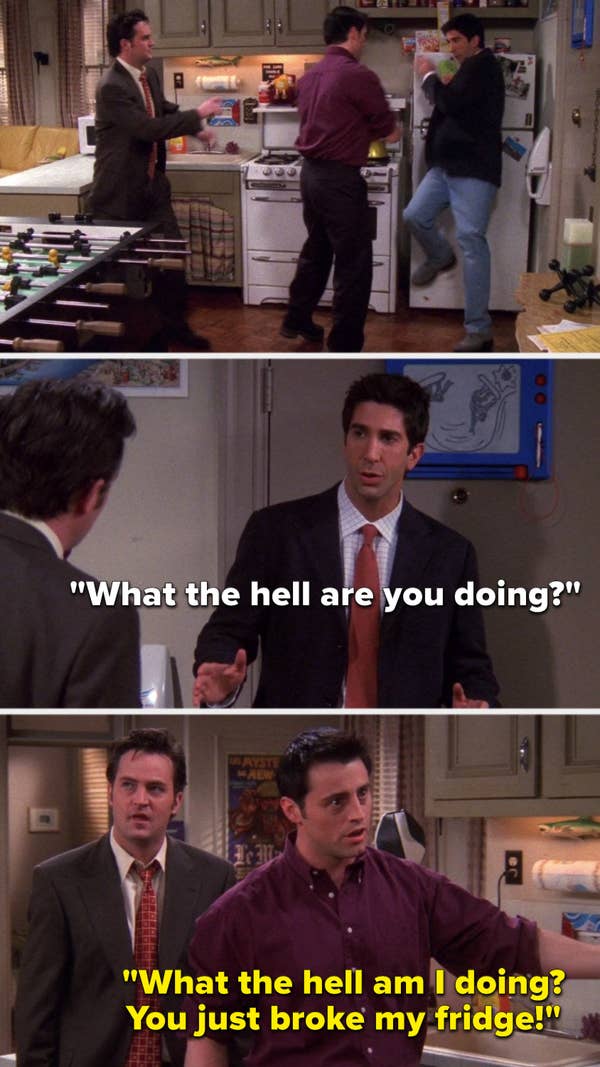 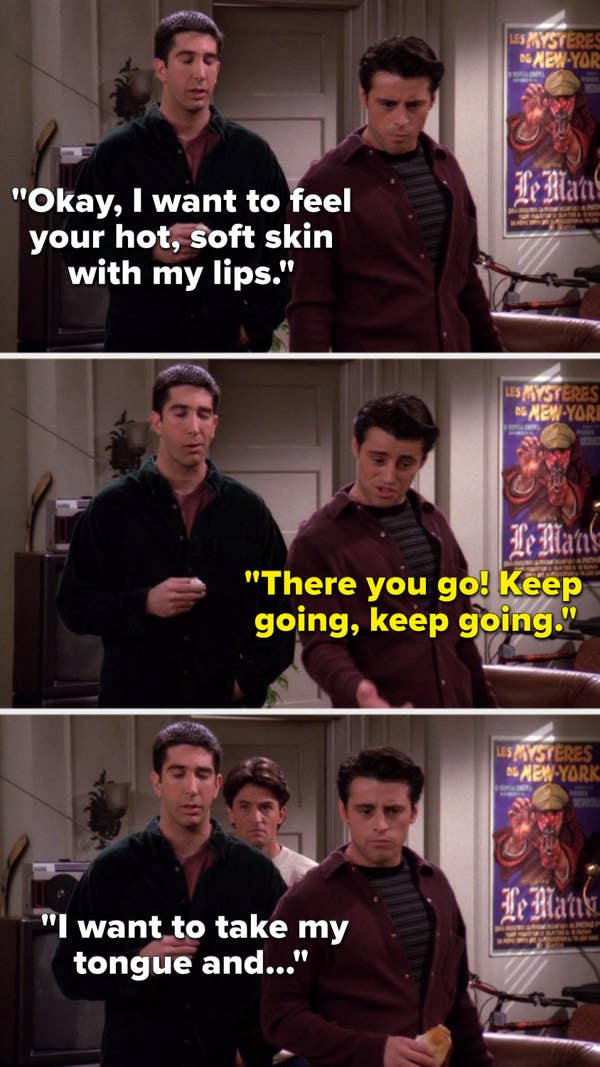 8. When Ross just wanted to be cool.

9. When Joey had a science question for Ross. 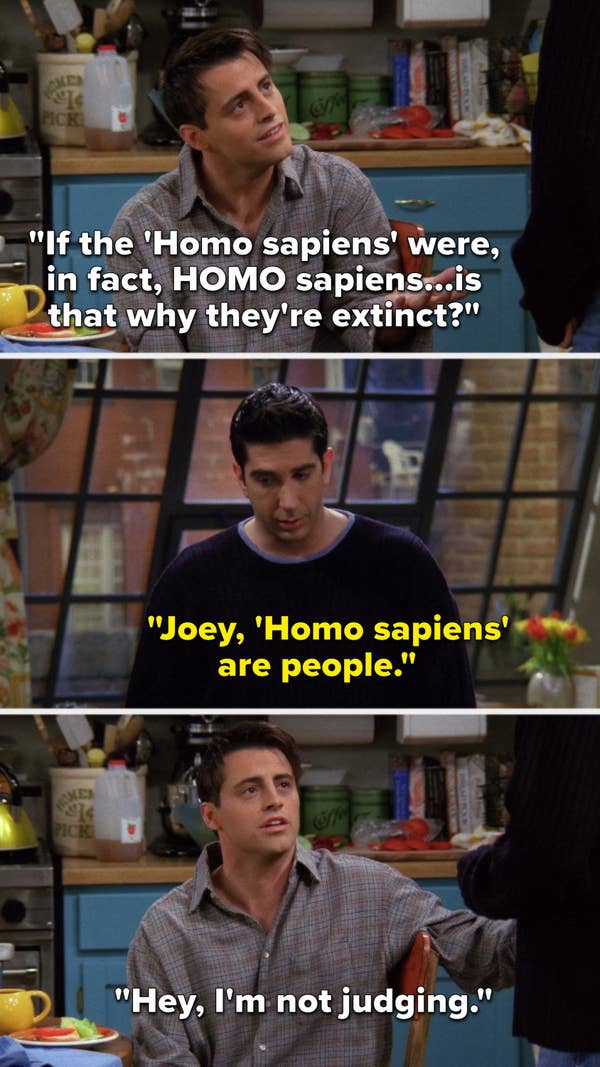 10. When Ross made Joey his best man, so Joey had to plan the bachelor party. 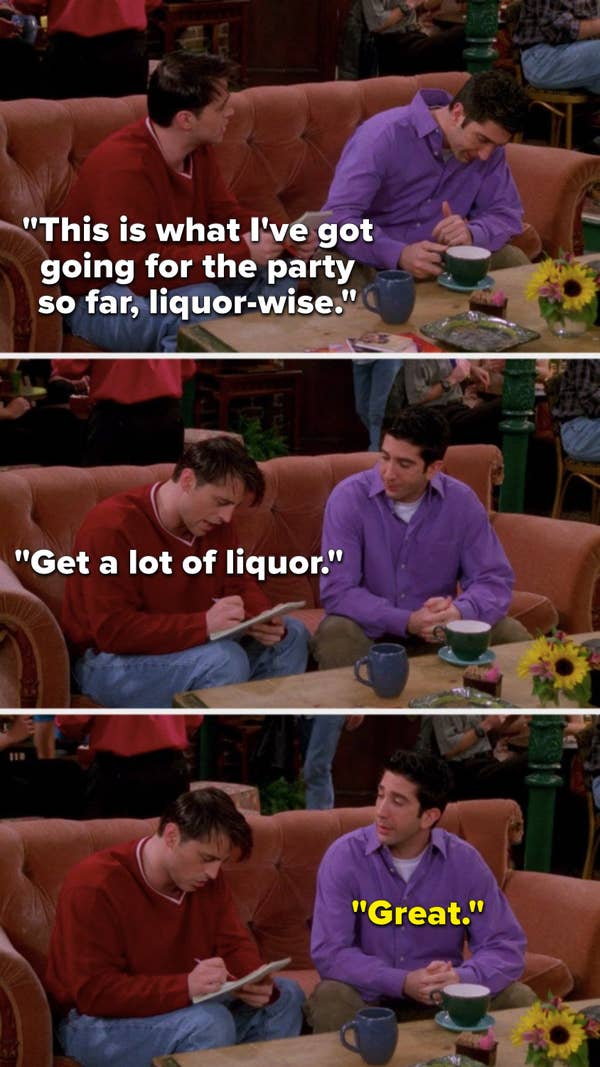 11. When Ross, Joey, Phoebe, and Rachel were late for Thanksgiving.

12. When Joey had the perfect comeback. 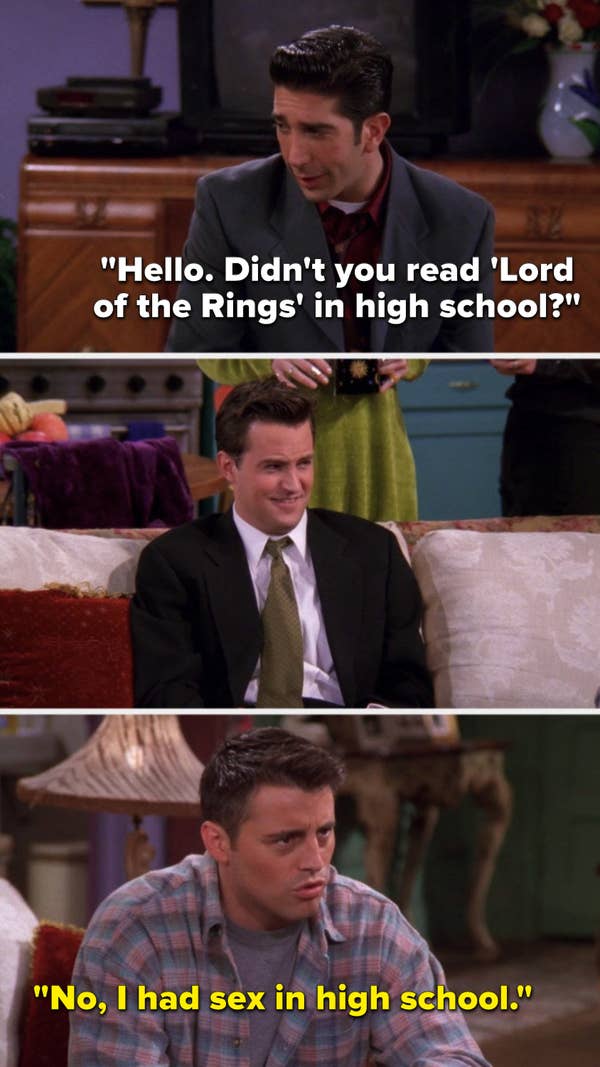 13. When Ross thought he was tough. 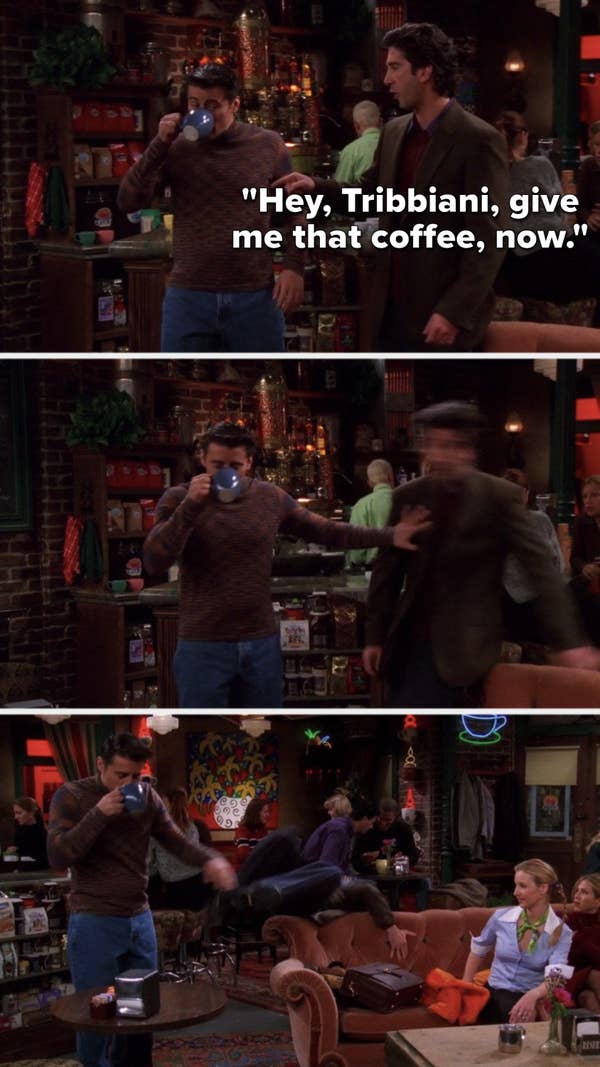 14. When they realized they were dating the same woman, so they tried to sabotage each other. 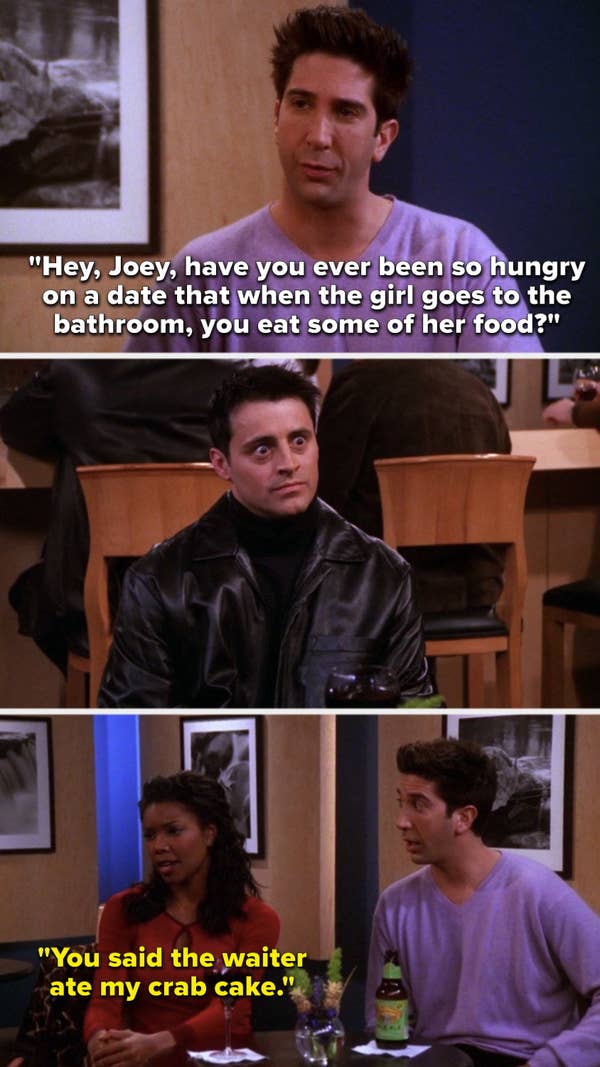 15. When they got stuck on the roof and tried to get down via the fire escape.

16. When Monica summed them up perfectly. 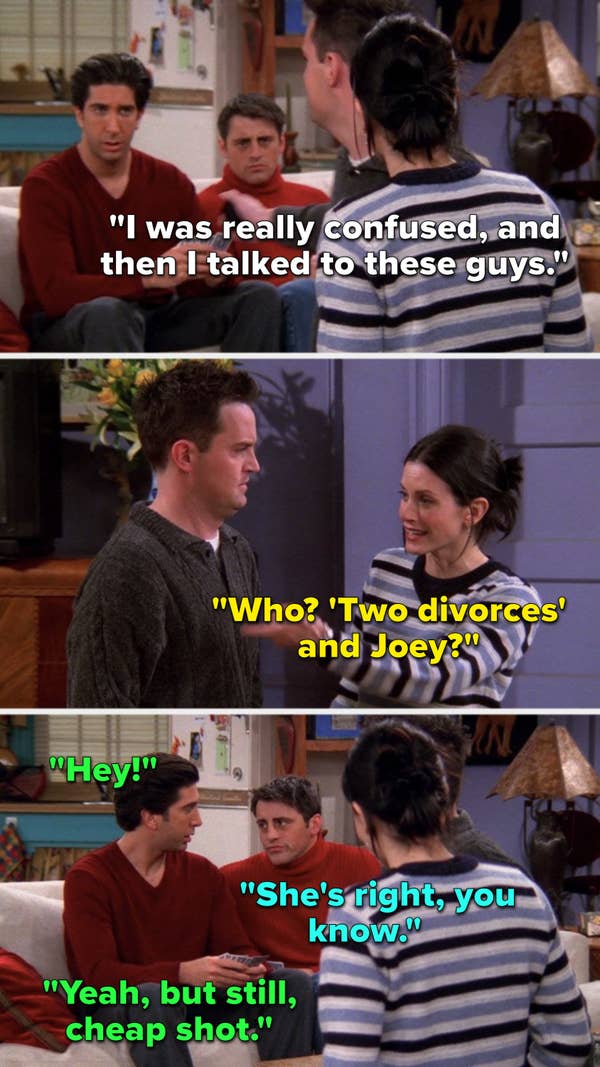 17. And finally, when Joey injured Ross multiple times in one conversation and apologized using air quotes because he didn’t know what they meant. 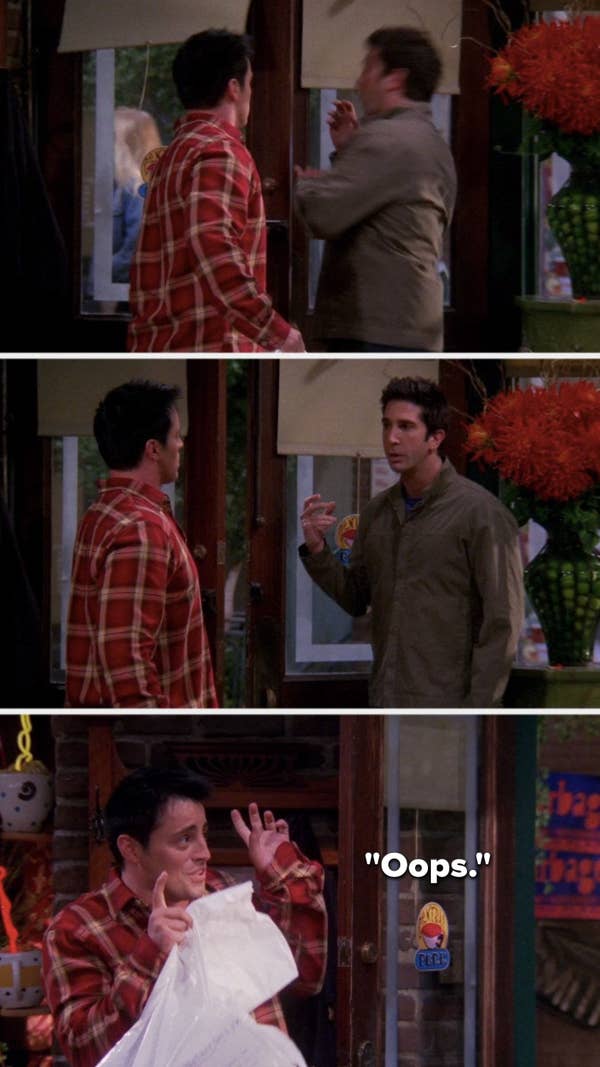