1. In early seasons of Game of Thrones, it took characters ages to travel across the lands, but by the final season they are going back and forth within episodes with hardly any time passing.

2. In Gilmore Girls, Anna and Sasha — two different, unrelated characters — were played by the same actor. 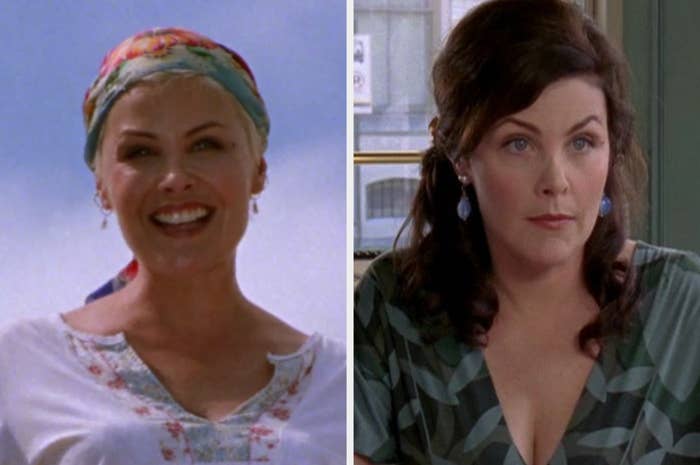 “How did they think we wouldn’t notice?”

3. And on Golden Girls, two of Rose’s boyfriends, Arnie and Miles, were also played by the same actor. 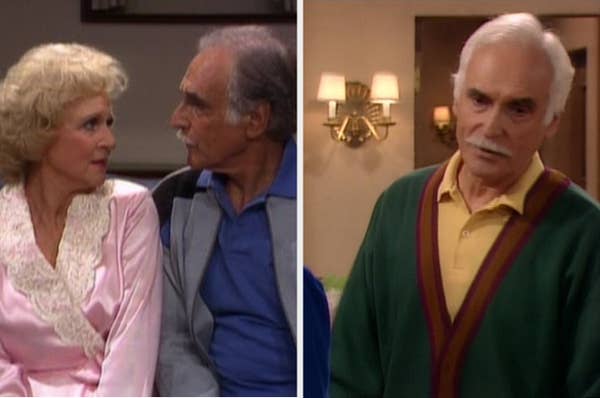 4. In Riverdale, Fangs got shot right in the stomach, but the following season, he doesn’t even have a hint of a scar. 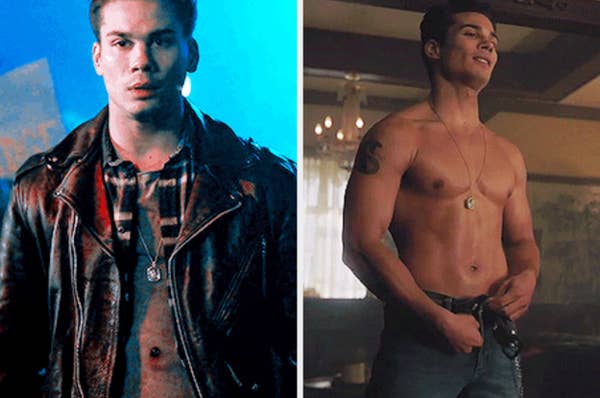 “But of course they are always reminding us about the time Archie got attacked by a bear!”

5. The many, many episodes of Gossip Girl where Dan was shocked by G.G.’s blasts, despite the fact that he was meant to be the brains behind them. 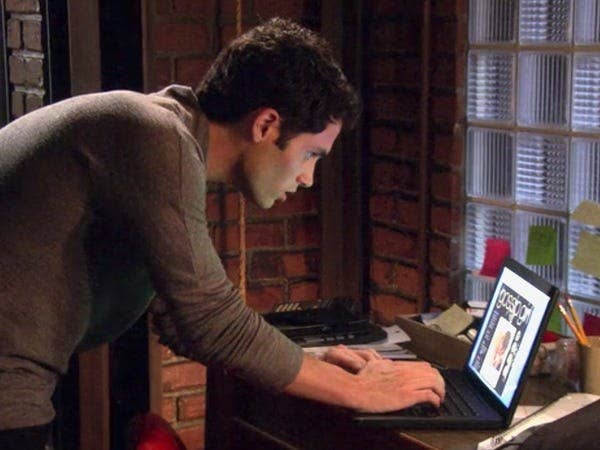 “It’s oh so obvious that Dan could NOT have done it!!! It just makes it more and more obvious that they decided to make him Gossip Girl at the very last minute.”

6. And in the first episode, Chuck joked about stealing his mum’s pills when she supposedly died during childbirth. 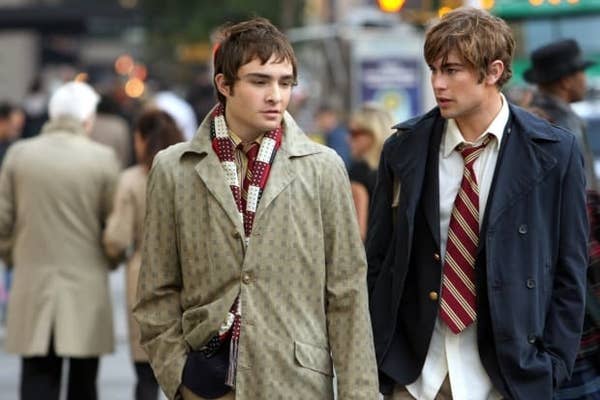 7. In Friends, Monica calls Chandler her soulmate in her wedding vows, but when she meets Don, she says she doesn’t believe in soulmates. What is the truth?! 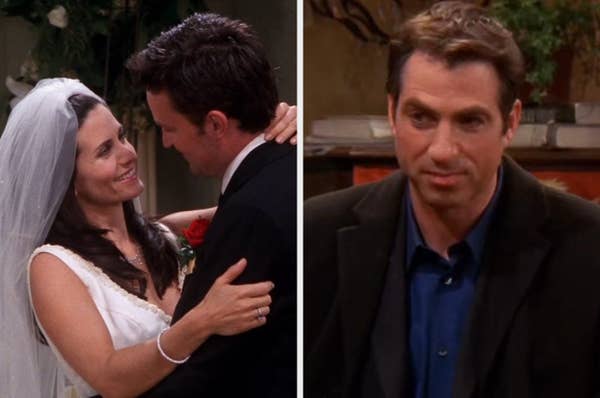 “Just 15 episodes after the wedding, Phoebe goes on a date with Don and thinks he’s MONICA’s soulmate. Chandler confronts Monica about it and she tells him she ‘doesn’t believe in soulmates.’ It’s INFURIATING as a lifelong Friends fan!”

8. In Brooklyn Nine-Nine, Jake tells Amy that he can’t grow facial hair, but then he has a full beard when he’s in prison. 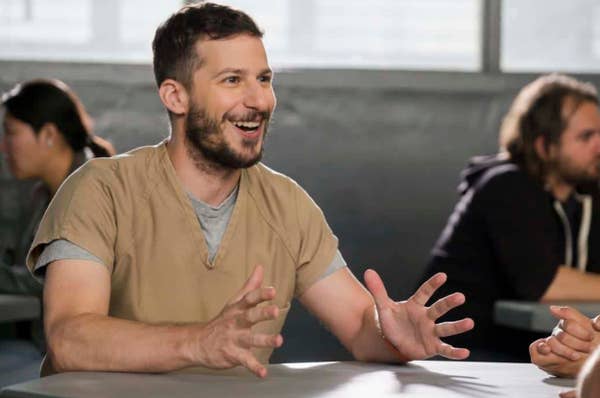 “They should have referenced it at least, in my opinion.”

9. In New Girl, Jess’s sister appeared for one season, and then, as if by magic, all existence of her vanished. She didn’t even go to Jess’s wedding! 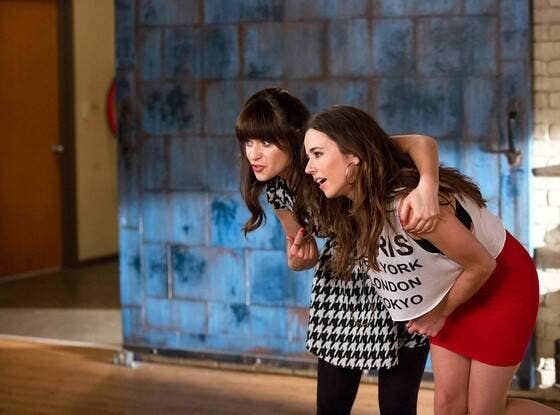 “There’s NO MENTION OF HER EVER, before or after she was there. At all. Never showed them as kids together, never showed them growing up together in flashbacks. And you would think, being her sister and all, she would be at the wedding or something…? NOPE. No one mentions her ever again.”

10. And then there was the moment when Jess told Nick that she’s ~weirdly good~ at volleyball, but a few seasons later we see her play it, and she’s ~spectacularly bad~. 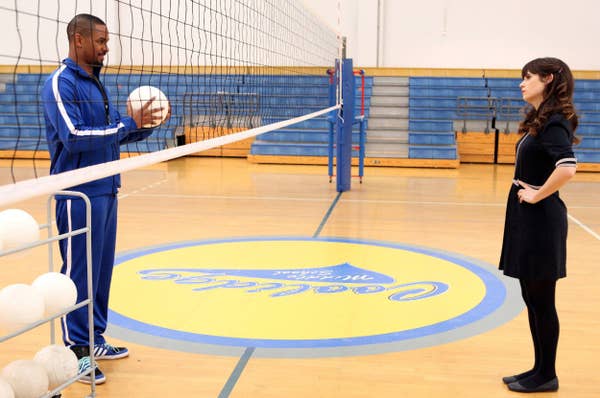 11. In Buffy the Vampire Slayer, the Initiative group implants Spike with a chip that causes him excruciating pain if he hurts any human in any way — apart from, it would seem, the scientists he attacks while he escapes. 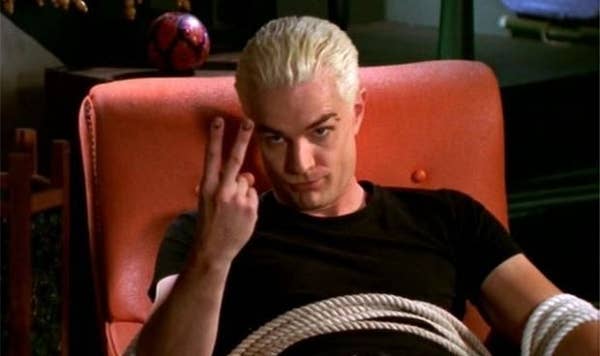 12. And in what seems to be a recurring theme, the first season of That ’70s Show, featured Tina, Donna’s little sister, but she mysteriously vanished and Donna became an only child. 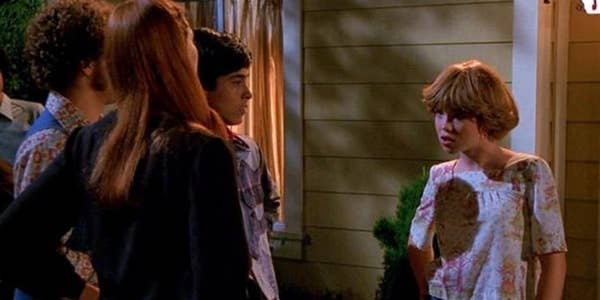 13. Hannah Montana has a whole episode dedicated to Oliver having a fear of chewing gum, but in a later season, Miley uses Oliver’s gum to get rid of a swarm of girls… 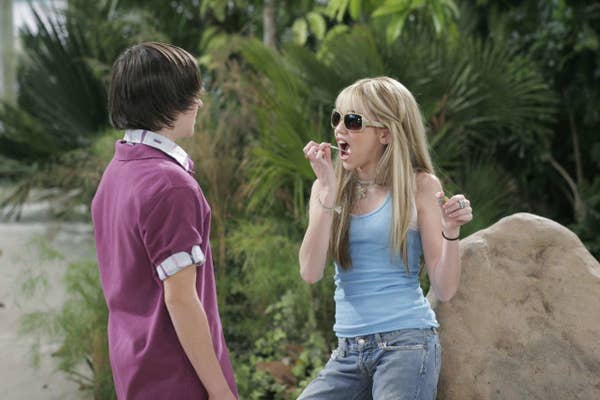 “Why would he be chewing gum if he had a fear of it?”

14. And in Community, the details of Troy’s sporting injury that loses him his scholarship completely changes. 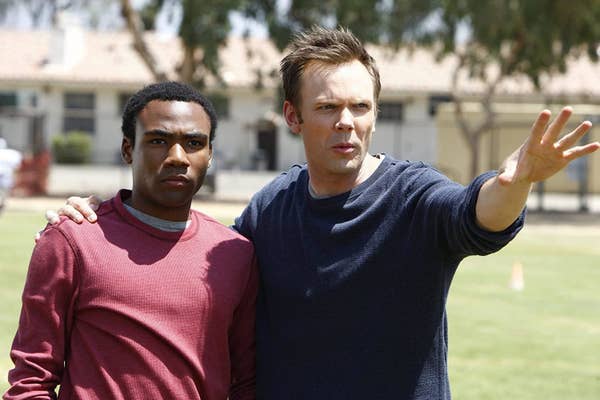 “In the beginning it was said that Troy lost his football scholarship because he dislocated both his shoulders in a keg flip. Later on it’s his knee that he hurt…”

15. And back to Friends, where Ross made a huge deal about Carol being the only woman he’d been with, although we later find out that he also slept with his university cleaning lady. 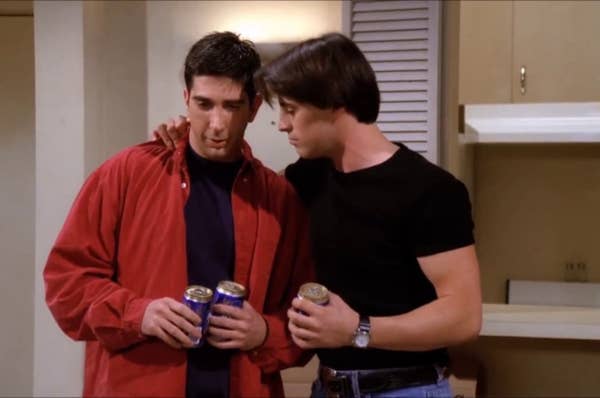 16. In Workin’ Moms, Ian’s new girlfriend was introduced, had a whole story arc, and then vanished without so much as a mention. 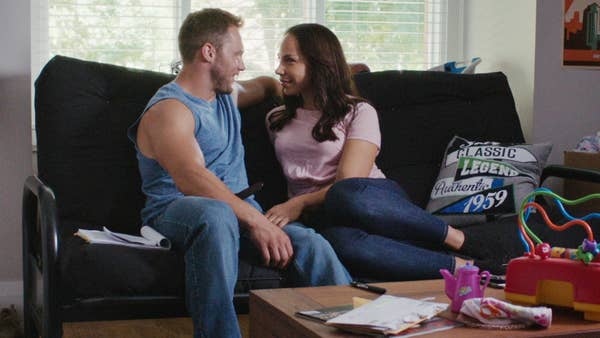 “It’s going great and she’s in a bunch of episodes, and then *POOF* she’s gone. No reason given.”

17. In The Big Bang Theory, Sheldon told Penny that he’s had his “three knock” compulsion ever since he walked in on his dad having an affair when he was 13. But in earlier seasons of the show, he was capable of knocking only once. 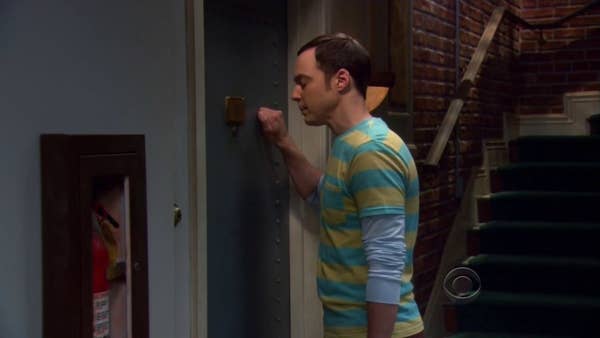 18. In the third season of the Vampire Diaries Elena changed the deed to her house so that unpermitted vampires couldn’t enter it, but later on when the Mikaelsons show up, loads of vampires just waltz right in. 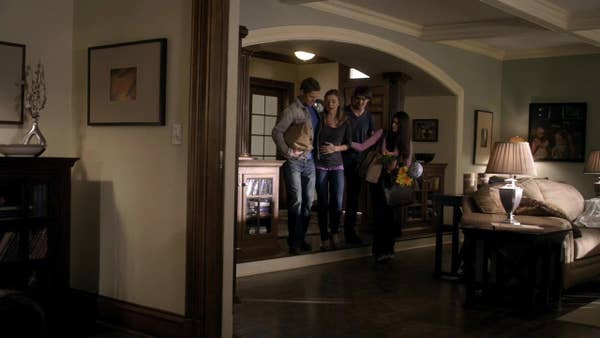 19. And in season six of Full House, there’s a storyline about Jesse dropping out of high school, but in earlier flashbacks he’s shown to graduate with the class. 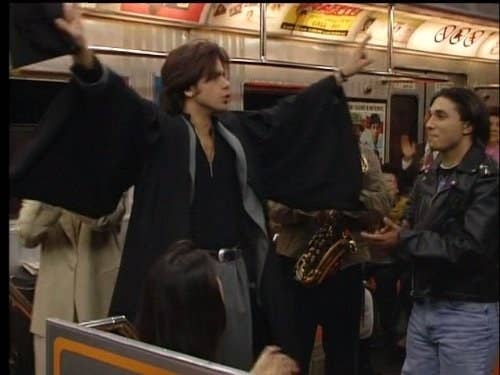 “It was a whole subplot throughout the season – Jesse was a high school dropout who went back and eventually graduated. But in a much earlier episode, he attends his high school reunion and, as shown in flashbacks, did graduate.”

20. In Scrubs, Dr. Cox’s hair flips between a buzzcut and curls throughout the sixth season. 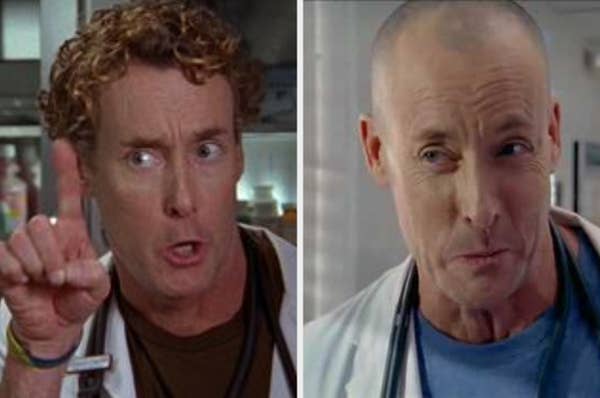 “Dr.Cox has a completely bald head… Next episode, full head of hair, lol. Then an episode or two later, they actually show him shaving his head. They even made a joke about it in the episode where patients can evaluate their doctor. I always thought that was weird how they aired out of order.”

21. And finally, after being one of Family Matters’ main characters for four seasons, Judy is sent to her room and is never seen or mentioned again. Spooky. 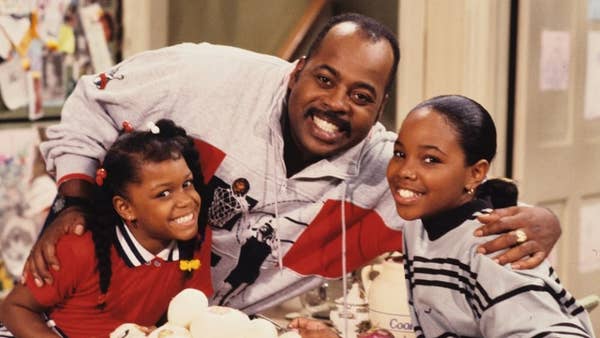