For those who grew up in the ’90s, TV series ‘Friends’ was an integral part of the childhood and adolescent years. Over the years, the show’s characters- the six friends- and the dialogues have become an integral part of everyone’s life. As Chandler would say, could it BE anymore cult than this?

While the show last aired in 2004, repeated telecast in various channels and our love for the series has kept Friends alive in our memories.

– The original story had only four Friends and Phoebe and Chandler were supposed to be supporting characters.

– Jennifer Aniston almost did not make it to the final season. Aniston wanted to leave after the 9th season as she wasn’t sure if there was much left of her character Rachel. But makers Marta Kauffman and David Crane arm twisted to stay so that they could give Rachel and Ross the happy ending.

– Hank Azaria auditioned for the role of Joey twice. He eventually played David, Phoebe’s scientist boyfriend who went away to Minsk for a very long time. 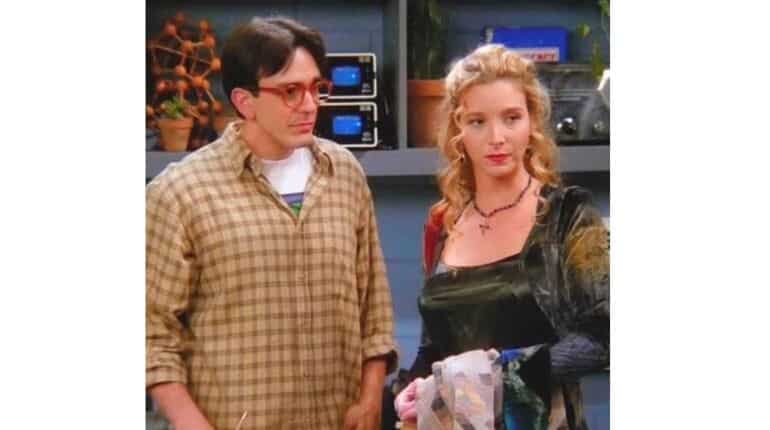 – Monica’s apartment number changed in the middle of the series. It was earlier ‘5’ and later it changed to ’20’.

– Cole Sprouse, the star of ‘Riverdale’, played Ross’s son- Ben in the show. Years later he had admitted he had a huge crush on Jennifer Aniston and had a hard time enacting scenes with her. “I was infatuated. I was speechless—I’d get all bubbly and forget my lines and completely blank…It was so difficult,” Sprouse said.

– Matthew Perry’s dad made a cameo in season four. John Bennett Perry played Joshua’s dad in ‘The One with Rachel’s New Dress.’

– Courteney Cox is the only Friend to not receive an Emmy nod for her work on the show.

– Gunther’s first line came after 33 episodes, when he said, “Yeah.”

– When the series wrapped, each cast member took home a piece of Central Perk.

– Central Perk was torn down to create the airport from where Rachel takes off from in the last episode.

– John Favreau had originally auditioned for the role Chandler. He later went on to play Monica’s rich boyfriend Pete. Favreau eventually directed films like ‘Iron Man’, ‘The Jungle Book’, and ‘The Lion King’.

– ‘Friends’ was originally called ‘Insomnia Cafe’. Titles like ‘Friends like Us’, ‘Across the Hall’ were also suggested.

– The role of Ross was written for David Schwimmer. He is the only actor who was offered the role, the rest of the cast were auditioned for their parts.

– The orange sofa in Central Perk was found in the basement of Warner Bros. Studios.

– The cast took a trip to Las Vegas together before the show went on air. Director James Burrows felt the actors would need it as it would be their ‘last shot at anonymity’. Burrows told them. “Once the show comes on the air, you guys will never be able to go anywhere without being hounded.”

– The episodes were shot in front of live audience except for the cliff-hangers.

– Bruce Willis appeared on the show for free after losing a bet to Mathew Perry.

– An average episode would take 5 hours to shoot

– Ross and Rachel weren’t meant to be the central romance of the series. Their storyline was developed because of David Schwimmer and Jennifer Aniston’s chemistry. 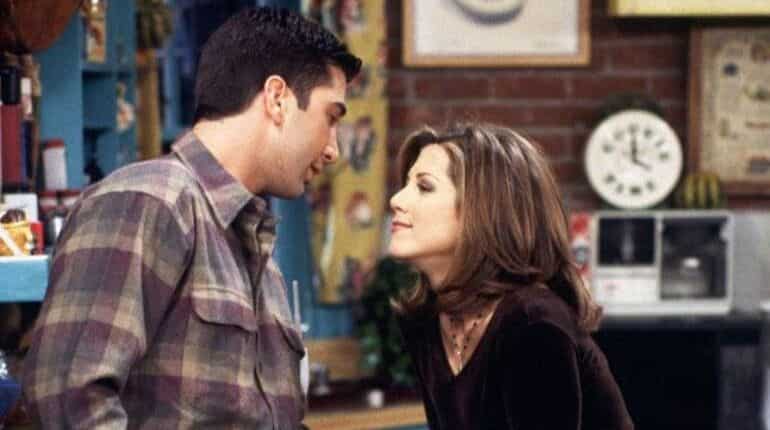 – Ellen DeGeneres turned down an offer to play Phoebe.

– All the main cast members have kissed each other at one point or another on the show (including alternative “what if” episodes). The only two that never shared an on-screen kiss were Monica and Phoebe.

– When the show was first written, Monica and Joey were supposed to be love interests.

– The frame around the peephole in Monica’s apartment originally had a mirror in it, but the production staff broke it during the early stages of filming. The producers liked the look of the frame and decided to keep it there.