Here are some of the best:

1. John Krasinski and Jenna Fischer as Jim and Pam from The Office 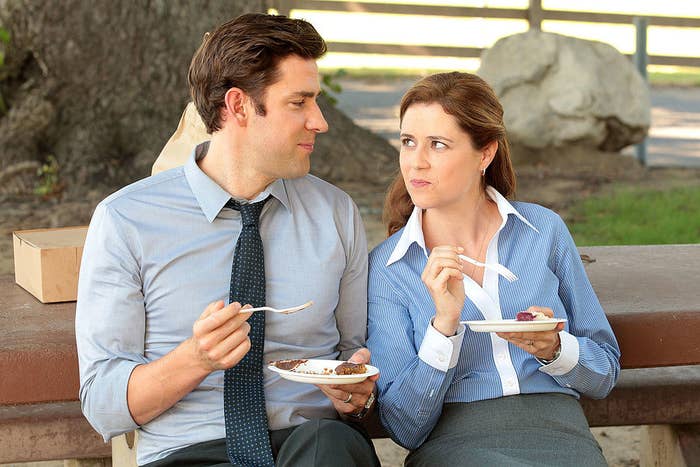 “They were unbelievably natural. Their attraction felt so real — it’s hard to believe they were nothing more than friends in real life.”

2. Brendan Fraser and Rachel Weisz as Rick and Evelyn from The Mummy (1999) 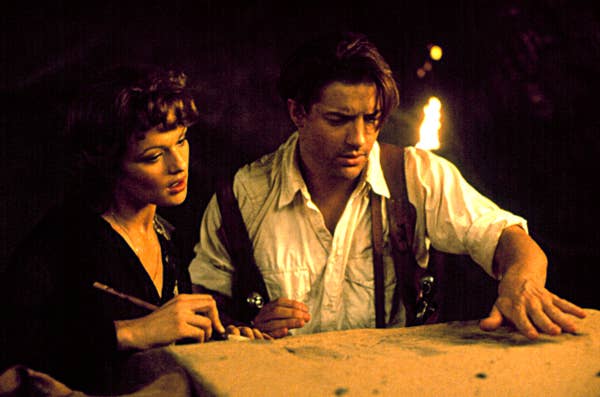 “My god, their chemistry…even as a kid, I knew.”

3. Raul Julia and Anjelica Huston as Gomez and Morticia from The Addams Family (1991) 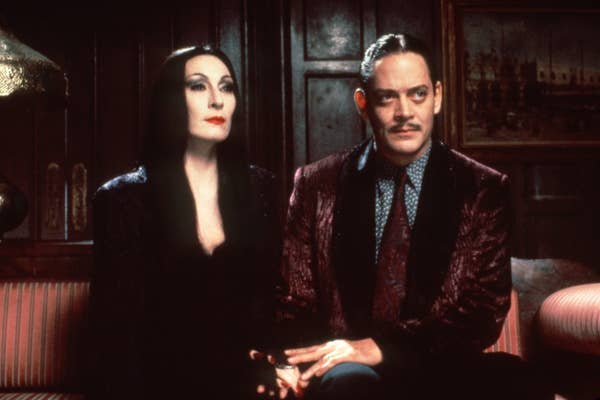 “They were hot AF together.”

4. Mads Mikkelsen and Hugh Dancy as Hannibal and Will from Hannibal 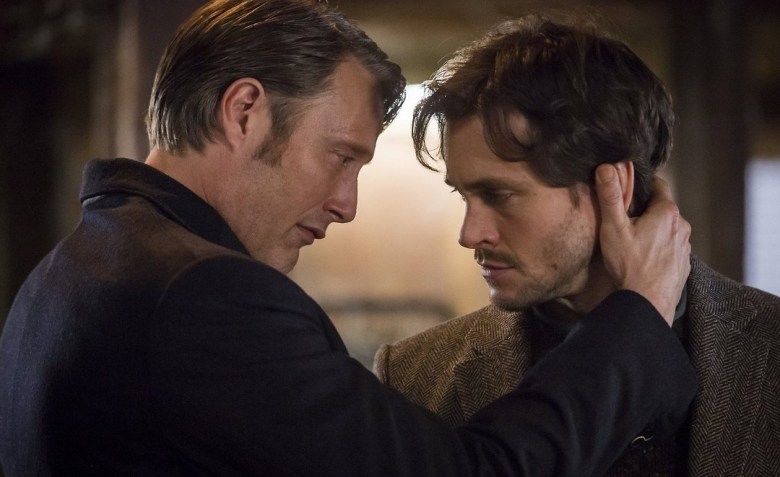 5. Zooey Deschanel and Jake Johnson as Jess and Nick from New Girl 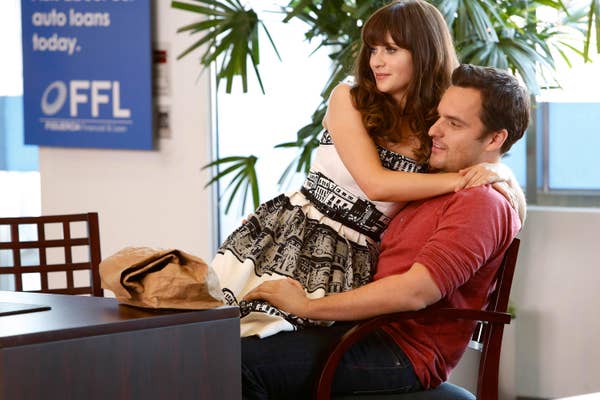 “They had to be instructed not to touch each other as much during the first season of New Girl because their chemistry was so good [that] it was distracting.”

6. Patrick Swayze and Jennifer Grey as Johnny and Baby from Dirty Dancing 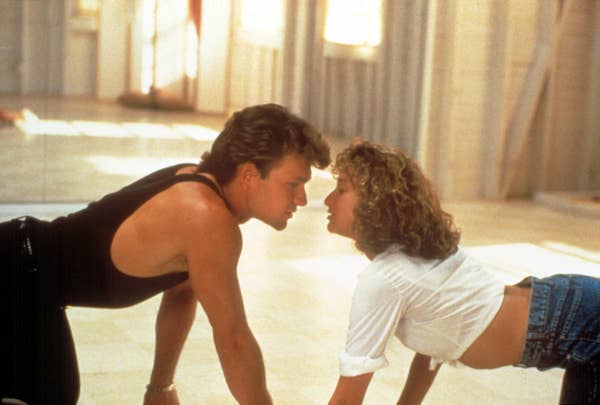 “They had great chemistry even though they hated each other with [a] passion in real life.”

7. David Schwimmer and Jennifer Aniston as Ross and Rachel from Friends 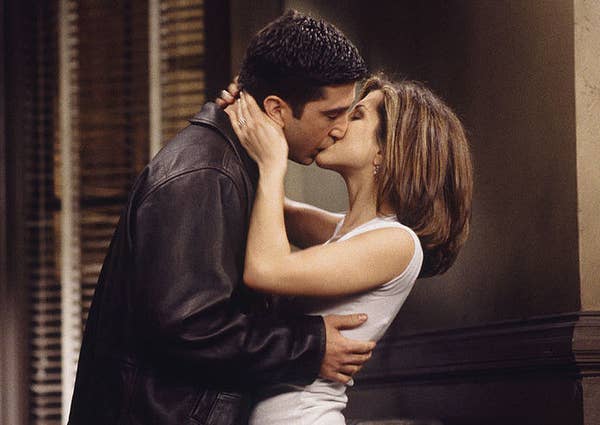 “In the Friends reunion special, Schwimmer and Aniston talked about how they both had crushes on each other at different times on the show.”

8. Sandra Oh and Jodie Comer as Eve and Villanelle from Killing Eve

9. Julia Stiles and Heath Ledger as Kat and Patrick from 10 Things I Hate About You 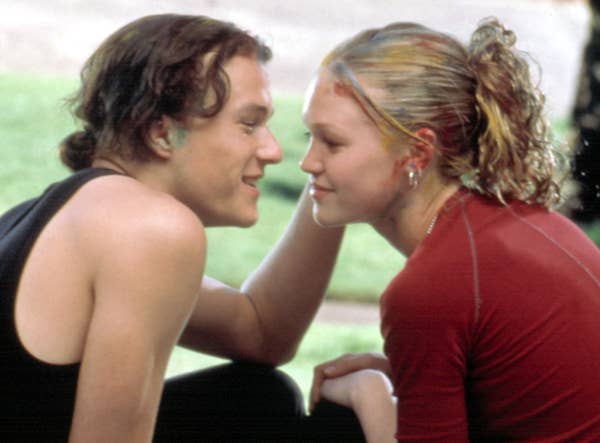 “Their chemistry was so believable.”

10. Dan Levy and Noah Reid as David and Patrick from Schitt’s Creek 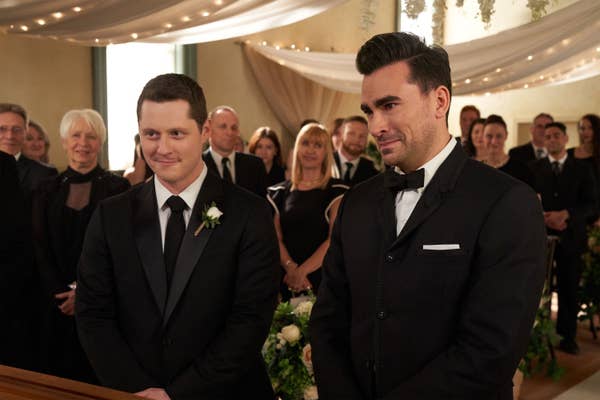 “They made me cry happy tears on multiple occasions.”

11. Bethany Joy Lenz and James Lafferty as Haley and Nathan from One Tree Hill 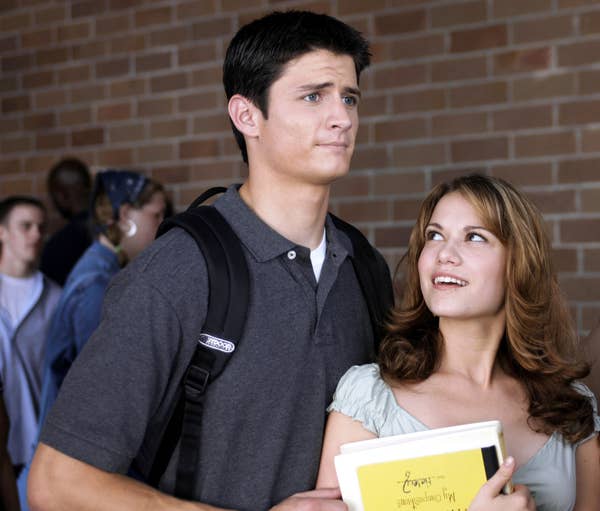 12. John Boyega and Oscar Isaac as Finn and Poe from Star Wars 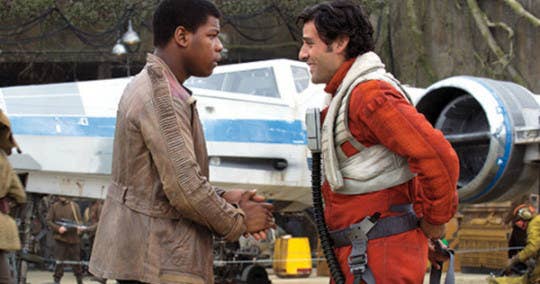 “That scene where they reunite and embrace each other melts my heart.”

13. Claudia Black and Ben Browder as Aeryn and John from Farscape 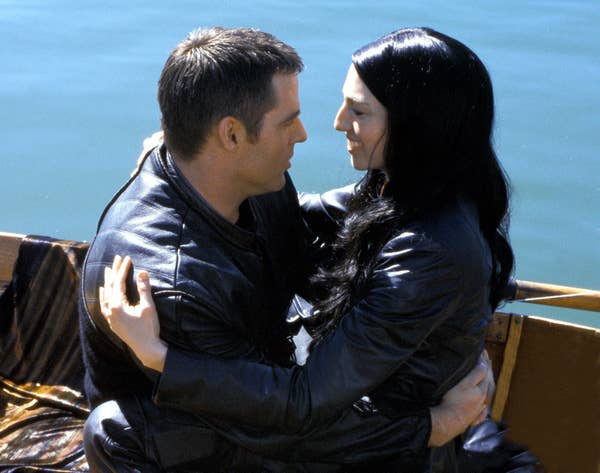 14. Leonardo DiCaprio and Kate Winslet as Jack and Rose from Titanic 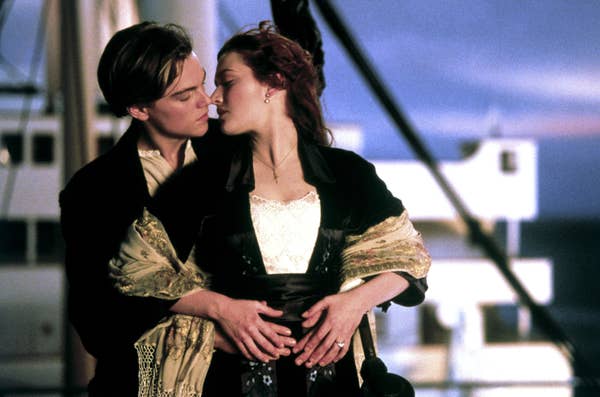 15. Joseph Gordon-Levitt and Zooey Deschanel as Tom and Summer from (500) Days of Summer 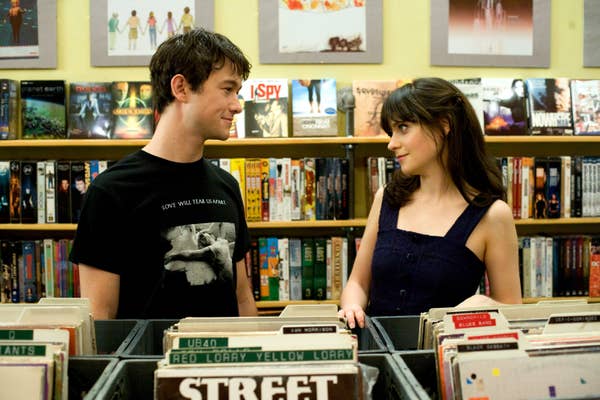 “I’m still not convinced they didn’t [date]. I’m perfectly aware that two people of the opposite sex can be platonic friends, but in the case of these two specifically, I wouldn’t be surprised if they [dated].”

16. Ryan Gosling and Emma Stone as Seb and Mia from La La Land 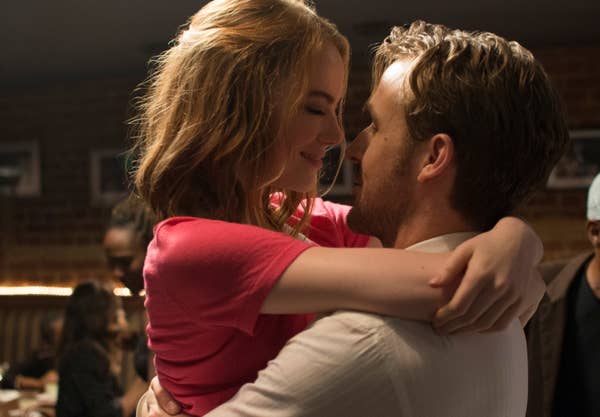 17. And finally, Bradley Cooper and Lady Gaga as Jack and Ally from A Star Is Born 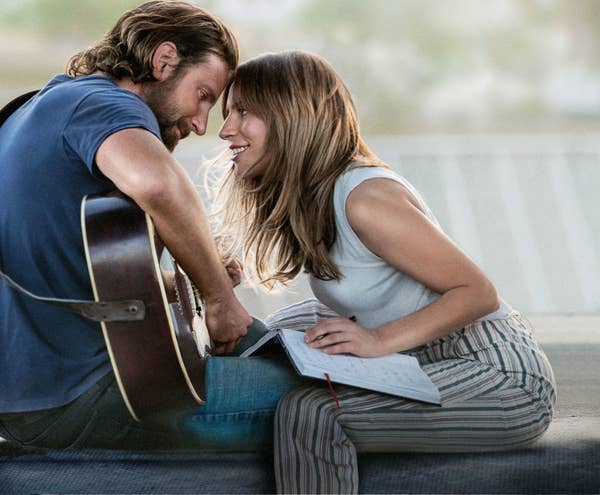 “For a movie that came out relatively recently, I can’t think of a better example of chemistry. From the first moment they meet, you’re totally sold on their connection.”