1. First, on The Office, when Michael tells the Scott’s Tots students that he actually can’t pay their college tuitions. 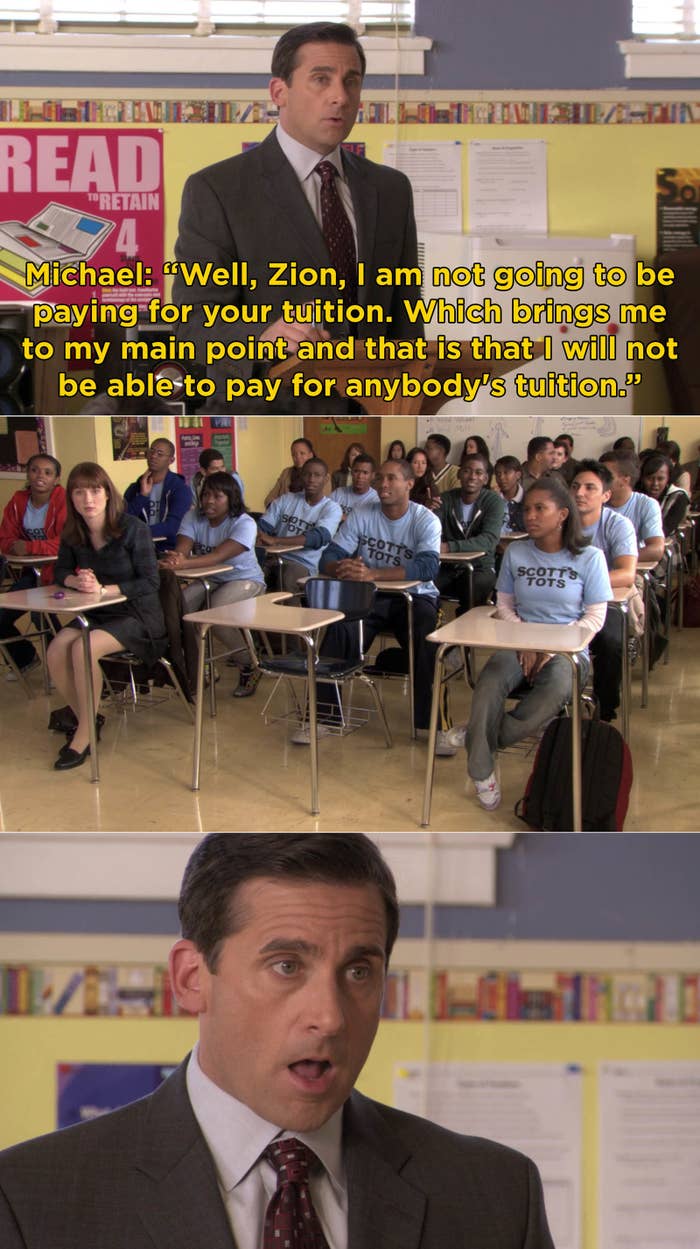 “When I think of cringey TV moments, this is what I think of. It’s so bad.”

2. When Jess tries to pressure Rory into having sex on Gilmore Girls. 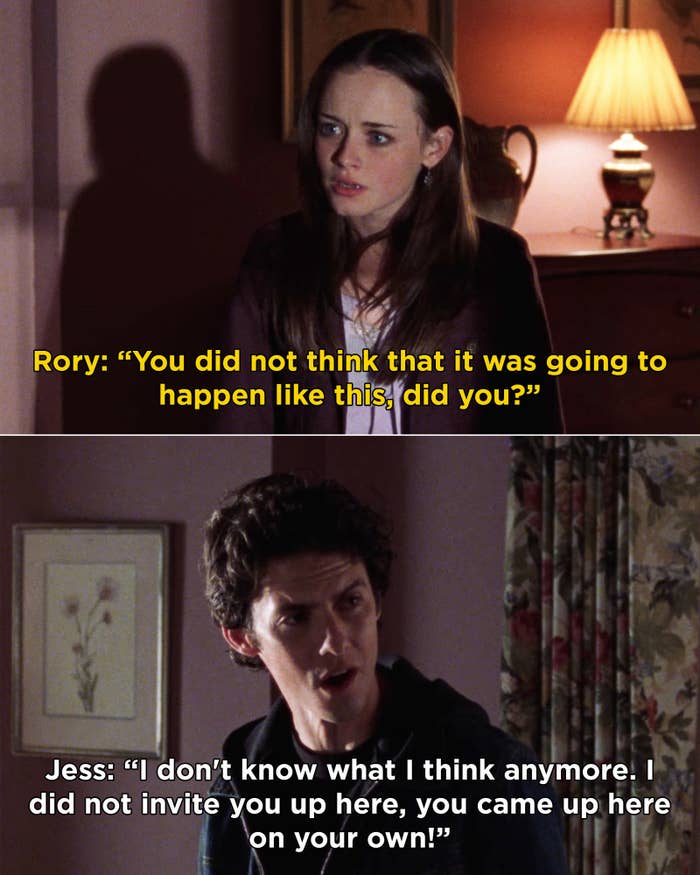 “This gets worse each time I rewatch it.”

3. When Betty dances to “Mad World” at the Whyte Wyrm on Riverdale.

“Ok, but like can we just talk about Betty striping in a club in front of middle aged men and IN FRONT OF HER MOTHER! How did this moment even get approved by all the people it went by?!”

4. On Friends, when Ross has a crush on his cousin and tries to kiss her. 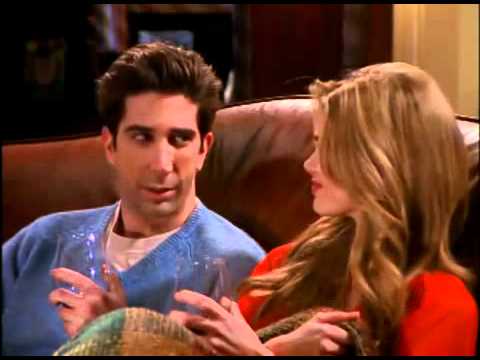 “This was the definition of a cringey TV moment.”

5. When Robby turns out to be Jess’s cousin on New Girl. 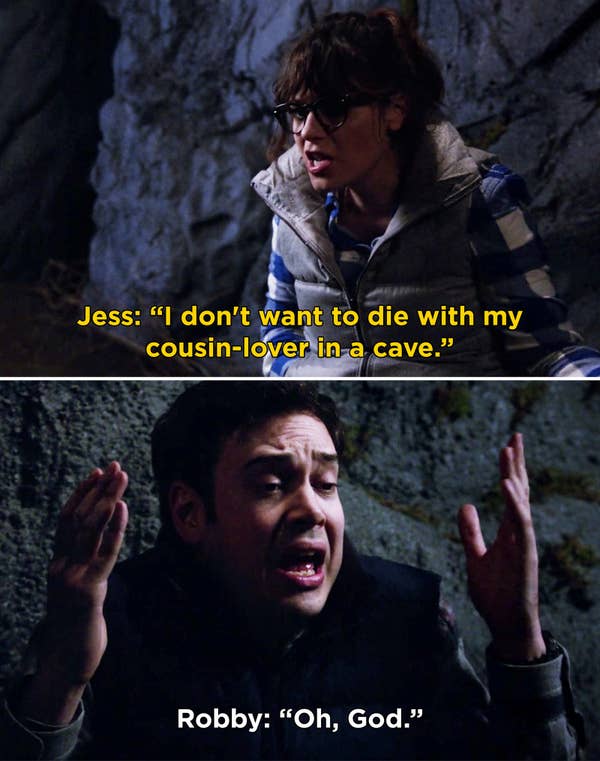 “I can’t believe this was even a thing.”

6. On Glee, when Finn sang “(You’re) Having My Baby” in front of Quinn’s parents. 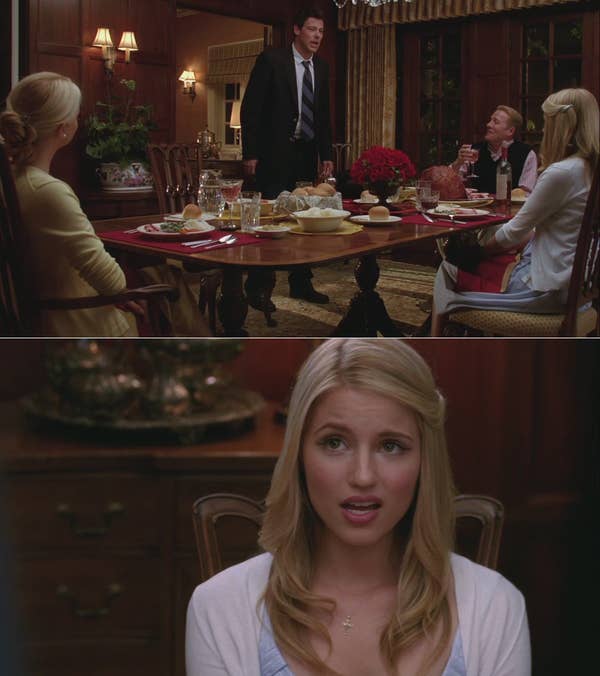 “This would still be bad if Finn was the father but considering he isn’t, it is so much worse.”

7. When Meredith wants Derek to choose her on Grey’s Anatomy.

8. On Game of Thrones, when Arya and Gendry have sex for the first time. 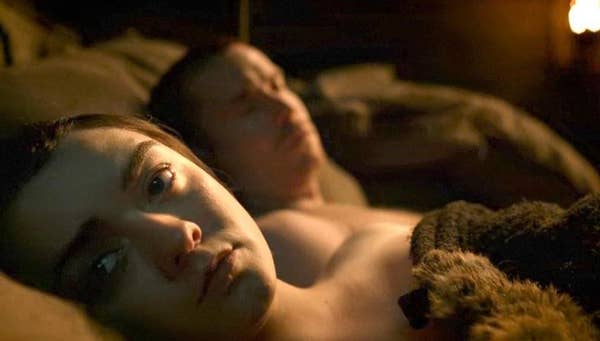 “It was the night before a huge battle and they’re in a dark room doing it! I had to put my hands over my eyes like a 5-year-old watching a scary movie. 15/10 major cringe.” 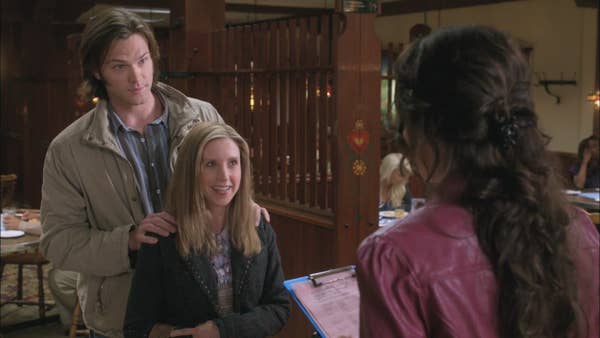 “Becky was the worst depiction of a fan girl EVER. She roofies Sam with some demon love potion and marries him! No thank you.”

10. On Gilmore Girls, when Lorelai runs and sleeps with Christopher right after breaking up with Luke. 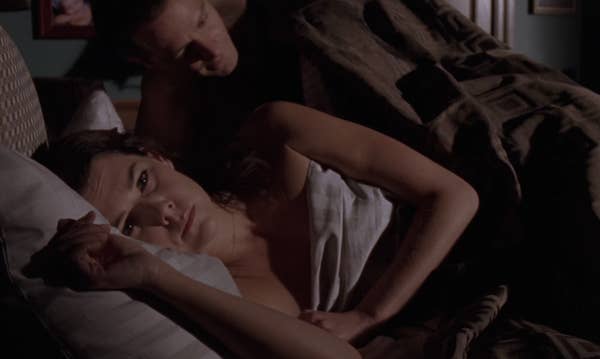 “I always skip this moment and the episodes where Christopher and Lorelai get married.”

11. On Brooklyn Nine-Nine, when Jake flirts with the medical examiner in order to delay an autopsy report. 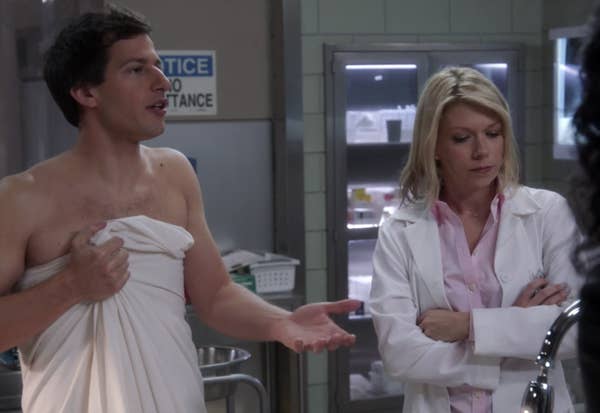 “It made me hate Jake for a while and I still can’t watch this episode.”

12. On Sex and the City, when Carrie invites Big to the cabin while Aidan is with her. 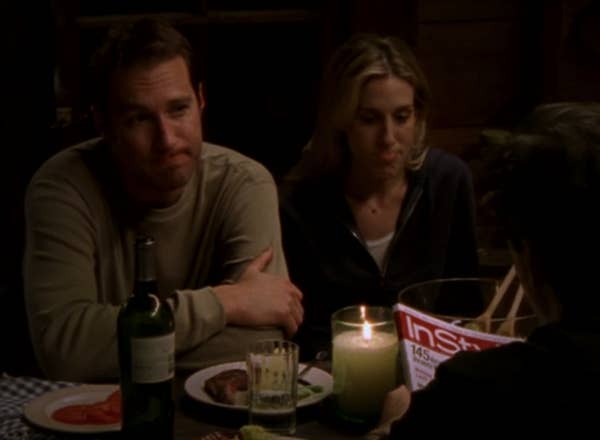 “Honestly, almost every moment with Carrie is cringey, but this is a big one.”

13. On Friends, when Phoebe tries to teach Joey French. 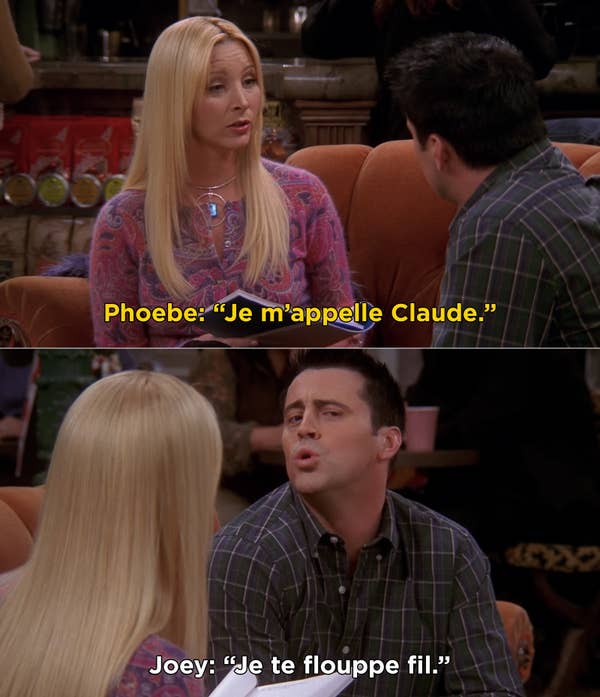 “Joey was always innocently dumb, but this episode makes me cringe every time. He was dumb…but nobody is THAT DUMB.”