The fact that Kaley Cuoco and Jennifer Aniston have a 17-year age gap probably doesn’t come up often. But it’s relevant when fans look back at a certain film that starred Jen and the child star who grew up to be sitcom superstar Kaley Cuoco. Let’s reminisce about the year 1997 when Jennifer Aniston was about to star in ‘Picture Perfect.’ Kaley was a tween (a 12-year-old), while Jen was already 28 and a rising actress. Thanks to ‘Friends,’ which debuted in 1994, Jennifer Aniston was a household name and also highly in demand. In contrast, Kaley was a relative nobody; even her credit for the film ‘Picture Perfect’ is “little girl,” highlights HuffPost. But the experience was well worth it, even if her singular line in the film was eventually cut, and her credit came last on the reel. As Kaley recounted on Instagram, she was a total Jen Aniston fangirl thanks to ‘Friends.’ The show was her life, she wrote, and of her time on set, she confessed that it was mostly a blur. Kaley wrote of the experience, “all I remember is spending the entire day convincing myself to tell Jen how much I loved her.” 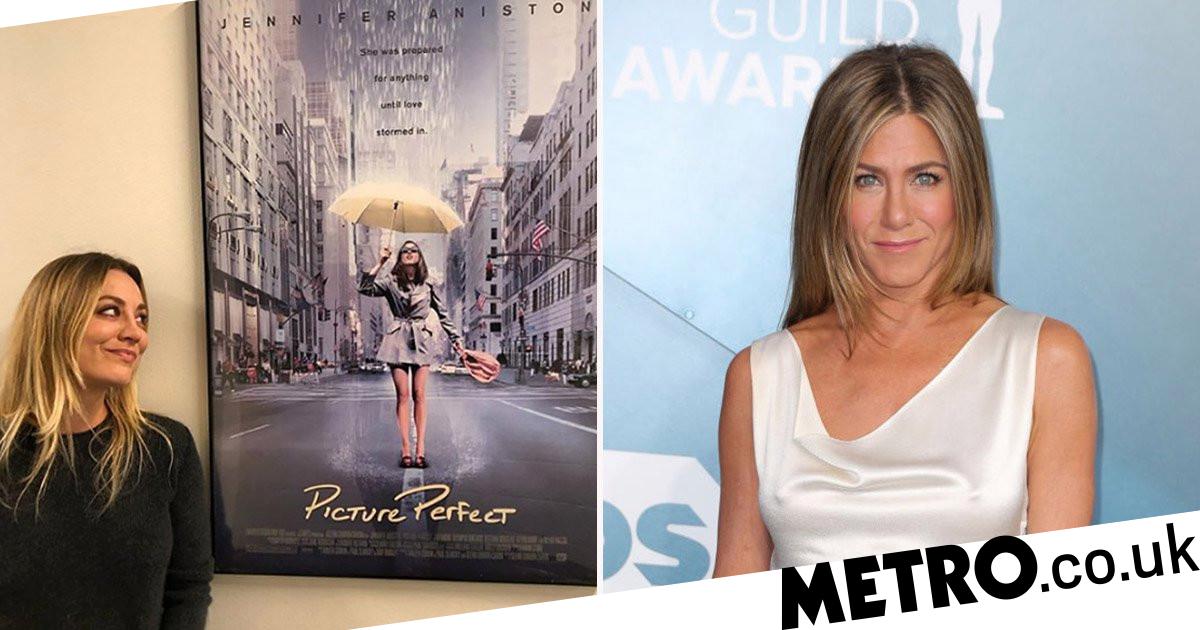 Who knew that years later, Kaley would go on to become famous worldwide thanks to her role as Penny on ‘The Big Bang Theory.’ Of course, Kaley did have a few roles before she spent time on set with Jennifer Aniston. She actually started out on TV in small roles, before nabbing a movie with Aniston, confirms IMDb. ‘8 Simple Rules’ in 2002 was Kaley’s next big break, and after that, her career only picked up steam. Now, Cuoco is starring in ‘The Flight Attendant,’ a series that has fans on the edges of their seats and critics attentively tuned in. 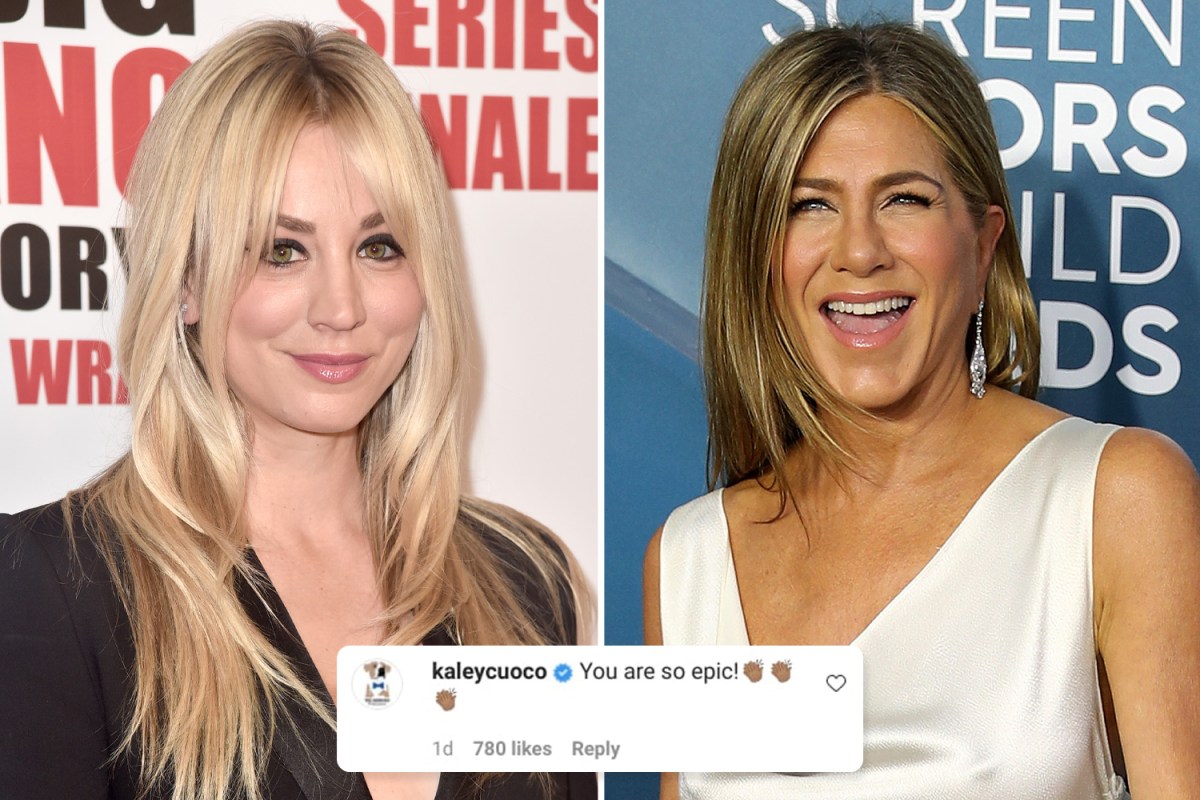 It’s fair to say that Kaley’s trajectory may match Jennifer’s in terms of her acting scope and longevity. Clearly, the older actress has severed has inspiration for the younger, and she has for decades already. Even though Jennifer has sometimes wanted to quit acting, she hasn’t quite retired just yet. Which means there may yet be time for a Kaley-Jen reunion on the set of some amazing movie featuring both their dramatic acting chops and their sitcom-comedy abilities. Both ladies also have directing and producing credits, so maybe they’d lean toward developing a project together and casting some of their BFFs from Hollywood. Jen is already part of a winning trio with Adam Sandler and Drew Barrymore, while Kaley has former castmates Johnny Galecki and Jim Parsons in her corner.