Rachel’s Engagement Ring is Worth a Shocking Amount

In one of the many memorable episodes of Friends, Joey accidentally lets Rachel believe that he proposed to her, using Ross’ grandmother’s ring. The value of that ring might make fans weep.

Design director Kate Earlam-Charnley of bespoke jewellery brand Taylor & Hart recently provided her valuation of the Geller grandmother’s ring, estimating its worth at approximately $11,000. The vintage platinum engagement ring has filigree detail on the tapered band and along the sides. With a halo of large diamonds surrounding the centre 1.0 kt diamond, with an estimated total carat weight of 1.42kts.”

The jeweller has provided an estimation for a variety of fictional valuables. Ranging from Thanos’ Infinity Gauntlet to the One Ring from the Lord of the Rings trilogy.

Rachel’s engagement ring has made their top 15 most expensive pieces of fictional jewellery. With the most expensive being the Heart of the Ocean blue diamond necklace from James Cameron’s Titanic. The necklace has an estimated value of $340 million. 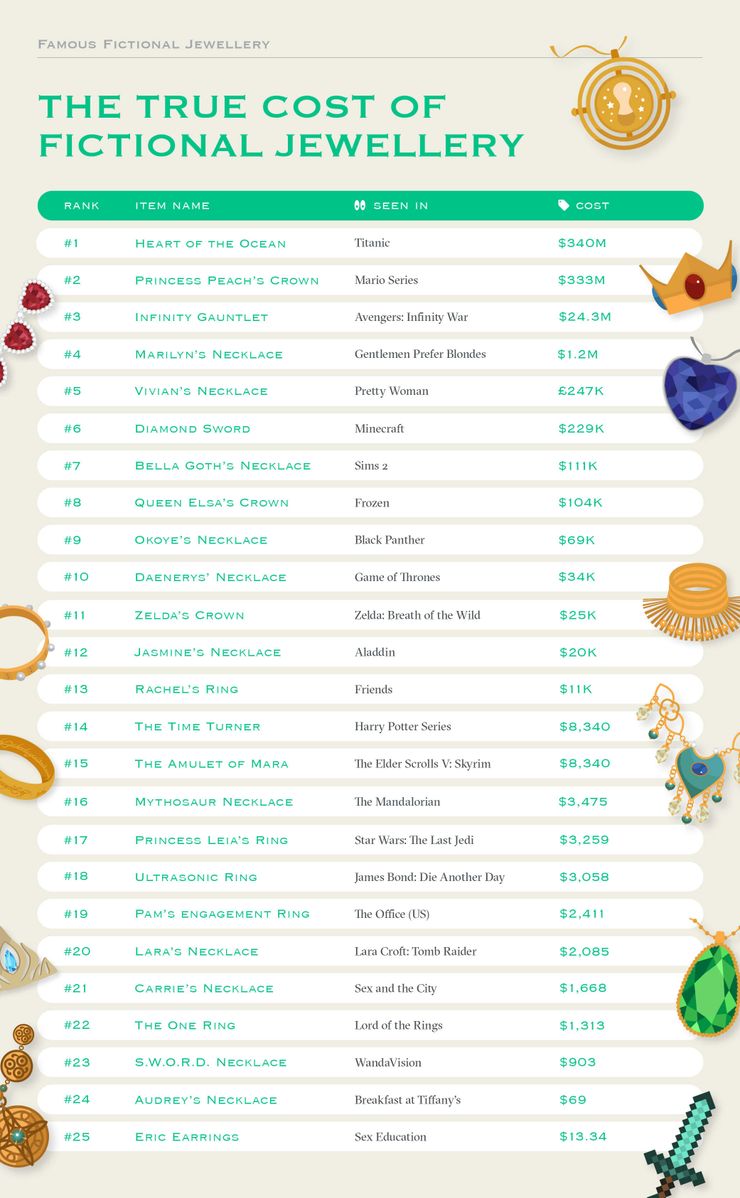 Friends concluded its tenth and final season in 2004. The reunion was originally intended to be to released at launch of the streaming service.