At the end of Friends, the main characters had found their partners and were ready to move on to another chapter in their lives, except for Joey – but he was secretly responsible for his friends finding their other halves. Although Friends debuted on NBC in 1994 and came to an end in 2004 after 10 successful seasons, it continues to be quite popular, especially now thanks to its arrival in the world of streaming through HBO Max, which has allowed fans to rewatch the show while also introducing new generations to it.

Friend follows a group of six young adults living in New York City and doing their best to juggle their social, personal, and professional lives while also dealing with everything adulthood throws their way. The series took a deep look at the lives of each character, exploring their dreams, fears, family backgrounds, and more, and it obviously paid close attention to their love lives.

After dating all types of people, Monica, Chandler, Phoebe, Ross, and Rachel found their “lobsters” and by the end of Friends, they were ready to build their own families, except for Joey, whose arc had to continue in a spinoff series. Joey might have not found his other half in Friends, but he did help his friends find theirs.

By the end of Friends, Monica and Chandler had become parents to twins. Phoebe and Mike were married and building their life together. And Rachel and Ross got back together (presumably for good) after Rachel got off the plane. So they were finally able to be a family along with their daughter, Emma.

The secret matchmaker behind all these couples was actually Joey. Who unbeknownst to him ended up making it possible for his friends to have their happy endings. First were Monica and Chandler, who got together in London before Ross and Emily’s disastrous wedding.

It was later revealed that Monica was actually looking to hook up with Joey. But as he wasn’t in the room. She ended up sleeping with Chandler, and the rest is history. 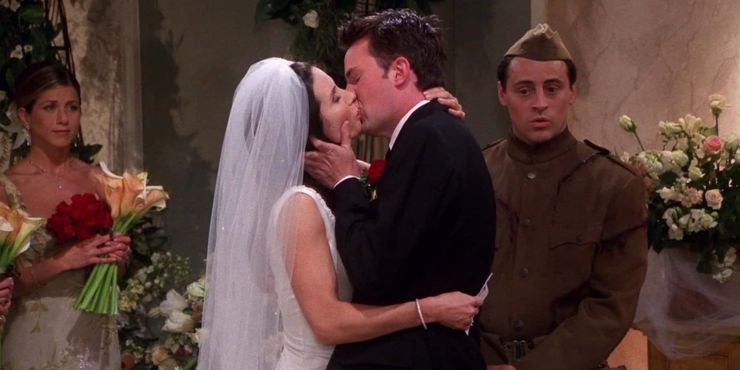 Then it was Phoebe, who made a deal with Joey in which they would arrange blind dates for each other. But Joey forgot and had to improvise. After telling Phoebe that his date’s name was Mike, he went to Central Perk and shouted “Mike!” to see who answered and if he agreed to go on a blind date. That’s how Joey met Mike Hannigan (Paul Rudd), who ended up marrying Phoebe, who had already been married twice.

Last but not least are Rachel and Ross, who had the most unstable (and problematic) relationship in Friends. But a turning point in it was the birth of their daughter, Emma. One day, Rachel and Ross got drunk and the result of that night was Emma, and once again. Joey was secretly and subtly behind that. He shared one of his most successful flirting “tricks” with Ross which was all about a made-up story about going backpacking in Europe. But Ross wasn’t counting on Rachel knowing the story too, and she used it on Ross, leading to them hooking up. Joey, then, was indirectly responsible for Ross and Rachel getting together that night and for her pregnancy.

Joey ultimately met his other half in his spin-off series. But it’s curious to see how, in Friends, he helped his friends find their partners even if he didn’t know he was doing so. While he ended up alone – seriously alone, as he was single and his friends moved away and focused on their lives. Pushing him to move to Los Angeles. In the end, all the main characters in Friends got a happy ending. Though not all in the same TV show.