Widely attributed as the king of sarcasm, Chandler Bing from Friends is a fan favorite character worldwide. Portrayed by Matthew Perry, he still remains a yardstick for comparing the funniest TV characters, even many years after the series’ end.
Throughout Friends’ 10-season run, not once did Chandler shy away from unlearning and seeing things in a new light. He eventually learned how to handle critical life decisions with grace, even though he had a difficult childhood with his parents’ divorce. Chandler eventually made amends with Nora and Charles Bing and by doing so, he taught fans how relationships were to be nurtured. It’s time to recall why Chan Man’s story arc outshines the rest of the gang.

There Would Be No Joey Without Chandler 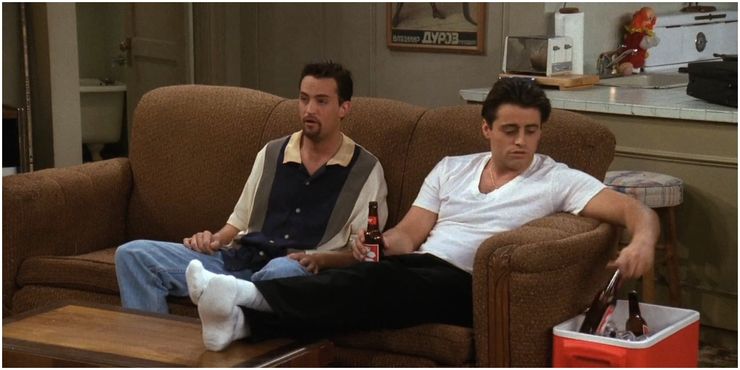 Season 3’s “The One with the Flashback” is a collection of events from three years earlier when Chandler was looking for a roommate. He’d already interviewed the guy with the ferrets, the spitter, and the guy who enjoyed saying “Bing” so much he made a noise every time he said it. Joey was the last guy Chandler spoke to and found somewhat okay for his living situation.

He Was A Worthy Life Partner 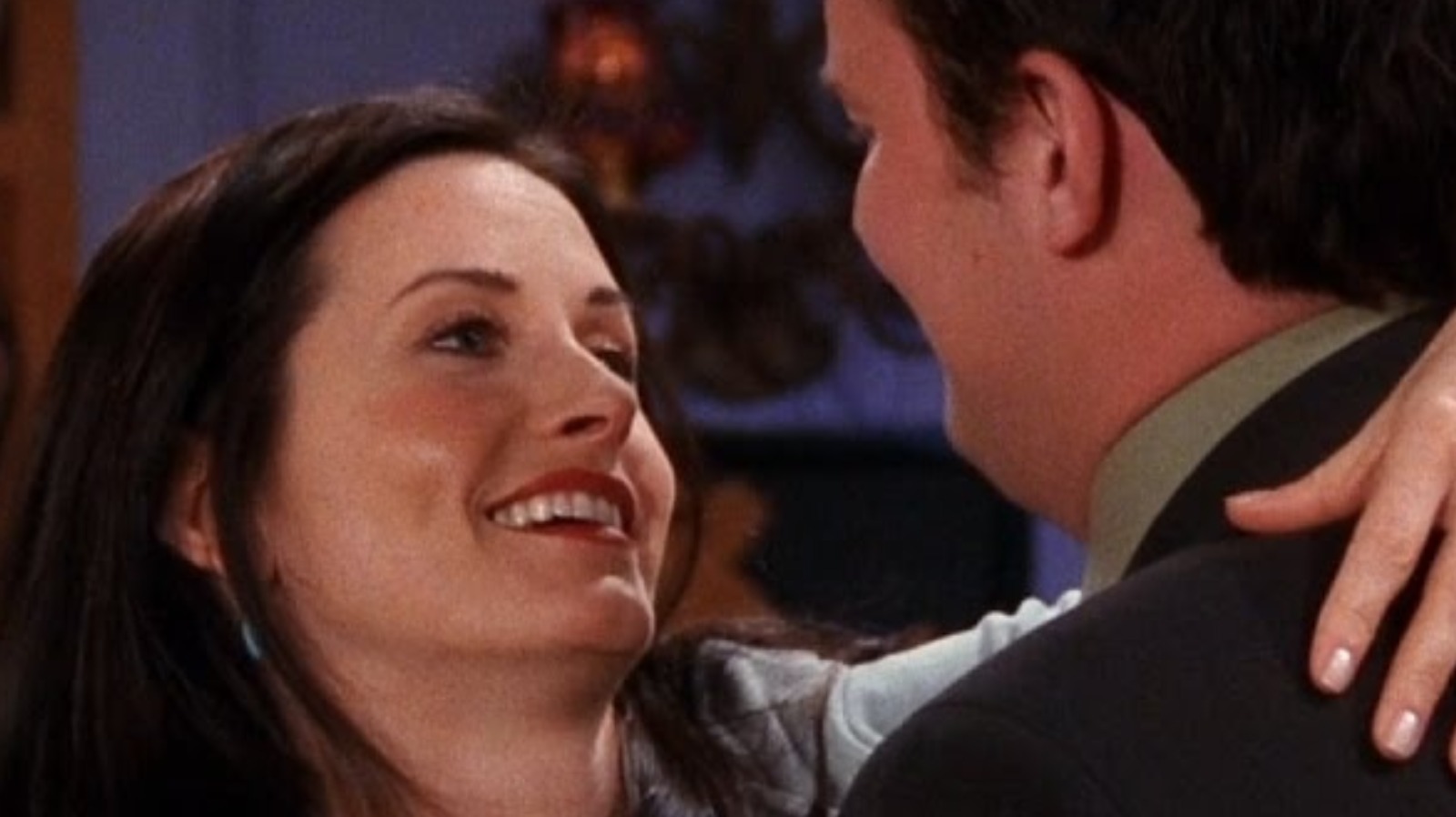 Sitcoms and movies oftentimes portray an unrealistic image of romantic relationships. This, of course, has a bearing on the way people ultimately perceive love. Chandler and Monica’s relationship, however, captured the quintessence of realistic romance. The Chan man had struggled in most of his relationships and feared commitment more than anything else in the world. In “The One with Joey’s Award,” he admitted he was dangerously dehydrated during the first six months of their relationship.

He Was A Good Friend 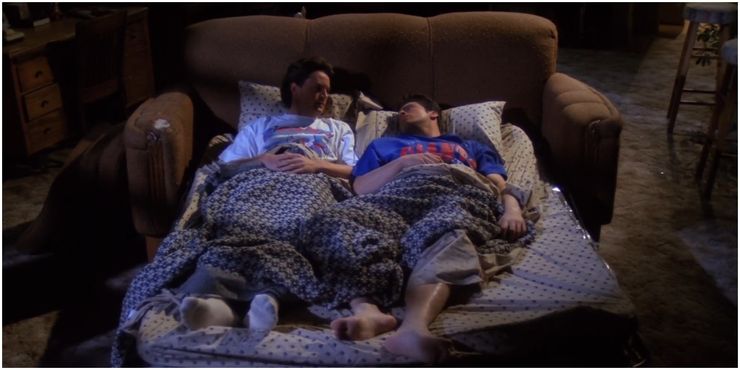 Chandler consistently proved Joey’s friendship meant the world to him. He’d help him rehearse for acting parts and often speak words of encouragement to help with cope with the challenging acting business. Chandler did more than just regular roommate stuff, for instance, in “The One with the Boobies,” when Joseph Tribbiani, Sr. and his girlfriend, Ronnie stayed at their place, he showed the lady to his room and crashed on the couch with Joey.

He Worked Towards A Healthy Relationship With Monica 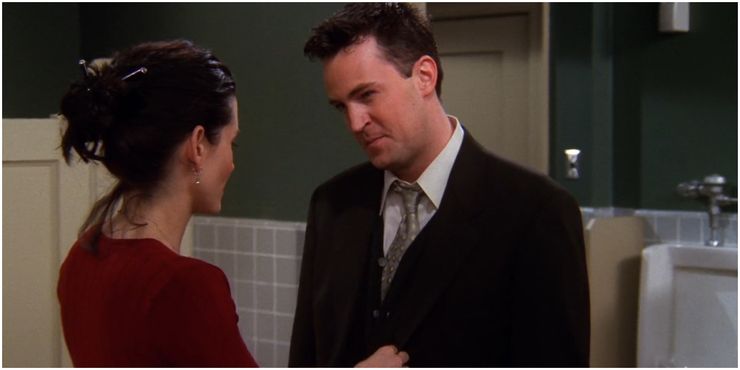 In “The One with Rachel’s Inadvertent Kiss,” Chandler and Monica switched places in their relationship, in that he became the rational one, and she acted irrationally. At the time, Phoebe had just met her boyfriend, Gary, and they were in the beginning phase of their romance. The fact that Phoebe and Gary could barely keep their hands off each other seemed to perturb Monica, so much so that she set out to compete against the two.

He Was Sensitive In Their Adoption Journey 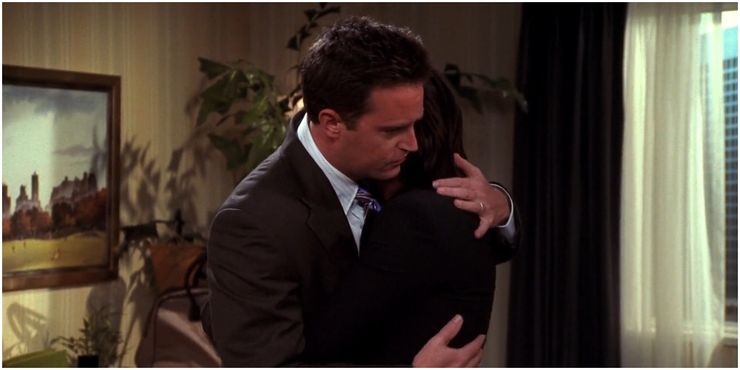 One of the progressive storylines on Friends, involving Monica and Chandler, dealt with adoption. After struggling with infertility as a couple, they agreed on going ahead with adoption. It was the biggest decision of their lives, and Chandler was mindful of every step they took. In “The One with the Birth Mother,” Monica and Chandler traveled to Ohio to be interviewed by Erica — the surrogate mother of their prospective child.

He Sang Monica’s Praises To Erica, Securing Their Adoption 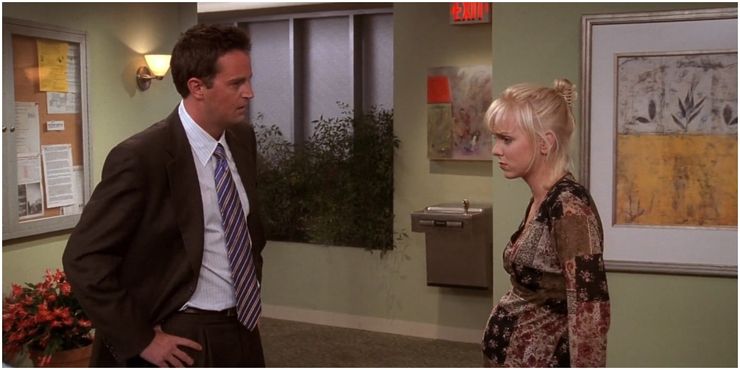 Chandler knew it would be harder to go along with a lie than to speak an unpleasant truth. It was he who told Erica about his and Monica’s actual profession and the mix-up. While trying to reassure her about giving them her baby, he spoke highly of Monica’s maternal instincts.

His Use Of Sarcasm 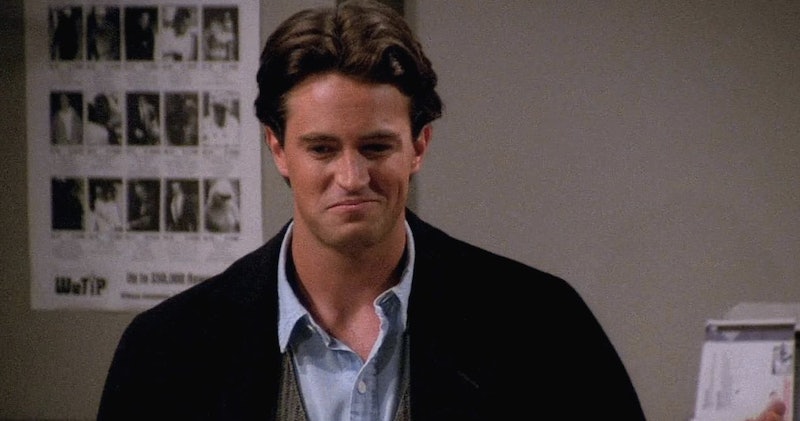 Chandler Bing is mostly known for his sarcasm and his well-timed jokes on Friends. While resorting to humor, he definitely taught fans a thing or two about the art of sarcasm.

He Had A Compelling Character Arc 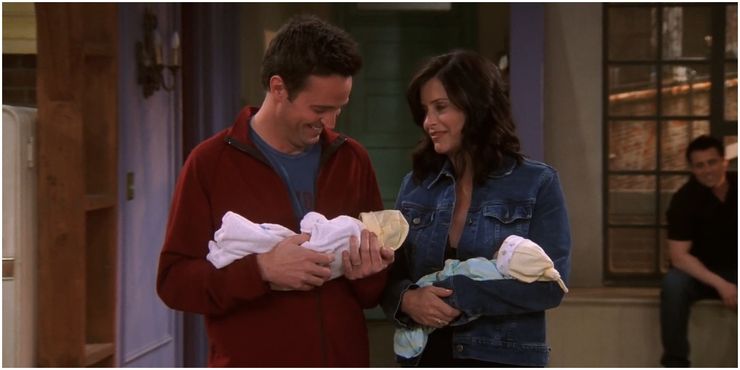 The only child of a romance-novelist Nora and a burlesque dancer, Charles Bing, Chandler’s intimacy issues stemmed from his difficult childhood. His tendency to joke about things began as a coping mechanism for dealing with his parents’ divorce and the fact that Nora and Charles failed to respond adequately to his emotional needs. 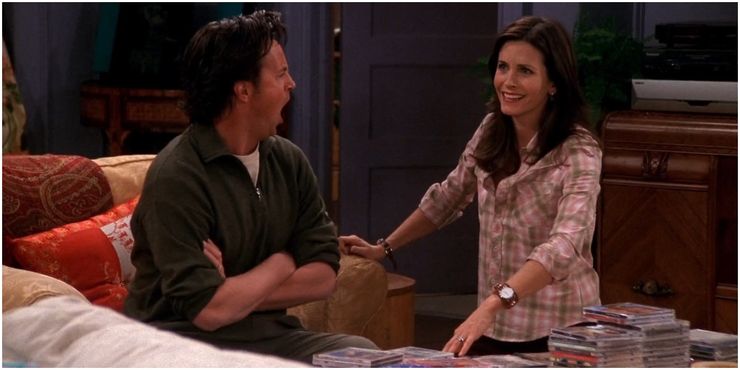 Chandler spent a lot of time battling gender norms and the culturally acceptable standards of manhood. He was ridiculed because he got pedicures, was unable to grow a mustache or the fact that he owned two copies of Annie the soundtrack.

His Character Left A Legacy On TV 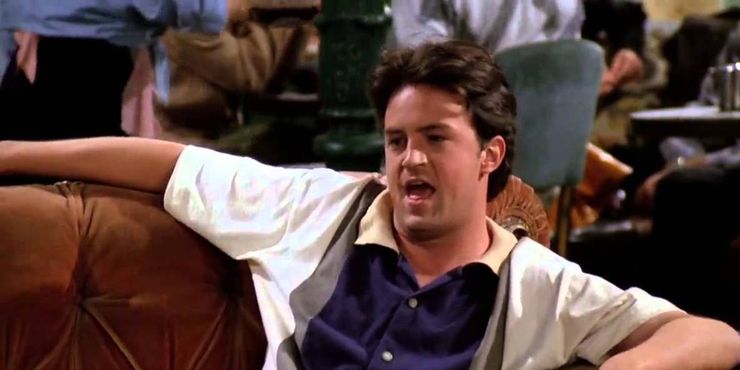 Matthew Perry’s nuanced performance as Chandler Bing left an indelible mark on the sitcom landscape. He started off as an emotionally stunted man and an unhappy corporate worker. He over-analyzed every little detail in his dates and broke up with women for trivial reasons.