The Big Bang Theory has become one of the most popular TV shows over the past few years, ever since it made its debut in 2007. It is centered around four scientists called Leonard, Sheldon, Raj and Howard, as well as their neighbour Penny, who is an actress but actually works at the Cheesecake Factory because it seems that she isn’t all that good at acting.

15.How Can Penny Work In A Bar With Her Wine Addiction?

Penny has an unhealthy relationship with wine. This is one of the running jokes throughout the series, but it reaches the point where Penny actually gets quite drunk on a number of occasions when she is out with Bernadette and Amy, who both seem quite worried about her.

Penny’s looks are one of the reason’s why she worked so well as the main female character on the show for so long, but at the beginning of season eight, Penny decided to cut off her hair. Obviously, it was Kaley Cuoco who made the decision and stated that it was something that she had wanted to do for a long time, and the writers then wrote the show around it.

13.Given Her Brother’s History With Substance Abuse, Why Would Penny Want To Work With Her Family? 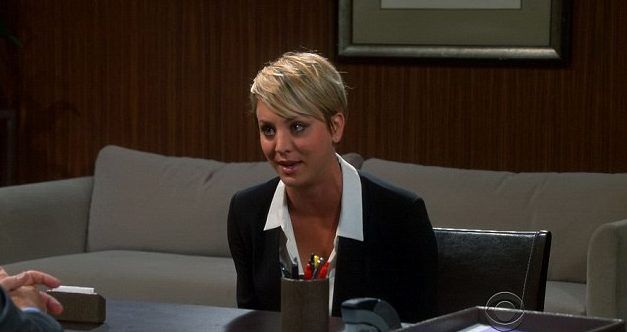 Penny’s family doesn’t play a big part in the show until the later seasons, but it is known that she has a brother and sister, and her brother is in prison. He is later released from prison and is able to attend her wedding, but it is said that he is a drug addict at this point.

12.Where Was Penny’s Mother When She Was Growing Up?

Penny mentions her strained relationship with her father a number of times throughout the show and the fact that he always tried to raise her like a boy, which is why she is so good at the things that the men in the show can’t actually do, but Penny never mentions where her mother was while she was growing up.

11.The Roles In Her Relationship With Leonard Seem To Switch

At the beginning of the show, Leonard is obsessed with Penny. He will do anything for her so that he can eventually one day ask her out on a date. He is in awe of her the more time they spend together and he is the one who says “I love you” first.

10.She Dropped Out Of College But Can Still Land A Job In Pharmaceuticals

Penny is always portrayed as the least intelligent member of the group, unless the focus is switched to Howard, who is “only” an engineer. This is what adds the comedy to the show during the first few seasons. Penny admits to Sheldon that she dropped out of community college but she was too scared to tell Leonard.

9.Why Did Sheldon And Penny Become Friends?

Sheldon didn’t like Penny for a number of years after she moved into the same building as him and Leonard. Many of Penny and Sheldon’s best sarcastic comments came from the fact that they really didn’t like each other.

8.Penny Never Tries To Learn About Her Husband

Leonard and Penny are always destined to be together. From the first episode of the show, it’s obvious that the writers are trying to create a world where the pretty girl can fall in love with a nerd. The problem is that Leonard is so much smarter than Penny, and while that makes for a number of comedic moments throughout the first few seasons, Penny still doesn’t try to learn so that she can fit into the group.

7.Why Does Amy Idolize Penny?

Amy is a successful neuroscientist and was bullied by girls like Penny throughout her life, which should make her act the opposite way when it comes to her relationship with Penny.

6.How Does Penny Afford Her Apartment?

Penny is working as an actress and a waitress when she first appears on the show, but she has moved into a building where a scientist with a PhD has to have a roommate to afford his apartment, so how is she managing to get by on a waitress’ salary?

5.What Happened To Penny’s Job As A Pharmaceutical Rep?

Penny wasn’t going to be able to work at The Cheesecake Factory forever. She obviously finally gave the job up and her dream of being an actress for a more rewarding job with financial security when she became a pharmaceutical salesperson at the beginning of season eight.

4.Why Don’t We Ever Meet Her Sister?

Many members of Penny’s family are finally shown for the first time in season 10 as Penny marries Leonard, while her mother Susan, father Wyatt and brother Randall are all in attendance for the wedding, one person that is missing is her sister.

3.She Has Much More Drama Than Any Of The Other Characters

Penny seems to be a drama sponge; she has always been the one with the most real-life drama. Penny found out that Leonard was cheating on her before they got married, which meant that the couple were left trying to put the pieces back together, while Howard and Bernadette managed to have an argument about where a Doctor Who Tardis should go before Amy wins it in a game of table tennis.

2.Penny’s Mother Isn’t The Same As She Is Described

Penny rarely mentions her mother throughout the early season of The Big Bang Theory, but there is one comment that is made by Sheldon in season 5 when Penny eats the last dumpling before smiling. Sheldon then states sarcastically, “I’ve seen pictures of your mother, keep eating.” This led fans to believe that Penny’s mother is quite large.

This is a strange one. Even though fans of The Big Bang Theory have known Penny now for more than 10 years, her last name has never actually been revealed. It is made common knowledge that she is from Nebraska and that growing up she was a raised like a boy by her father Wyatt, but even her father is never given a surname.