Recently we wrote about some famous lost and banned TV shows, and the BuzzFeed Community came through with a bunch of other great examples! Here are 17 more TV movies and shows that either never aired or were pulled from airing again due to controversy.
1. Fear Factor, “Hee Haw! Hee Haw!” (supposed to air in 2012) 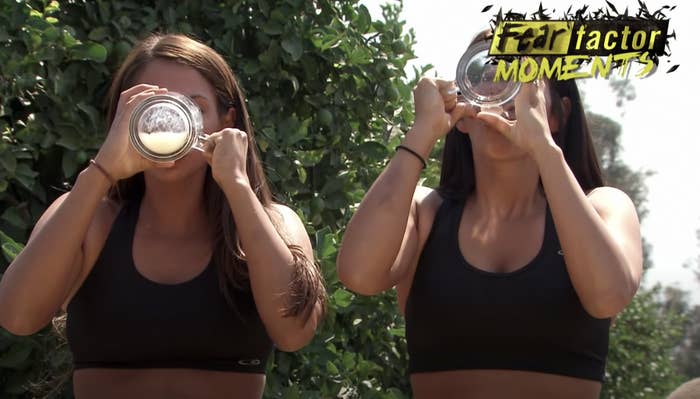 The episode included a challenge where sets of twins had to chug donkey semen and urine. NBC pulled the episode before it even aired, but the official Fear Factor YouTube channel posted a video of the challenge two years later.
2. The TV movie Ghostwatch (aired once in 1992) 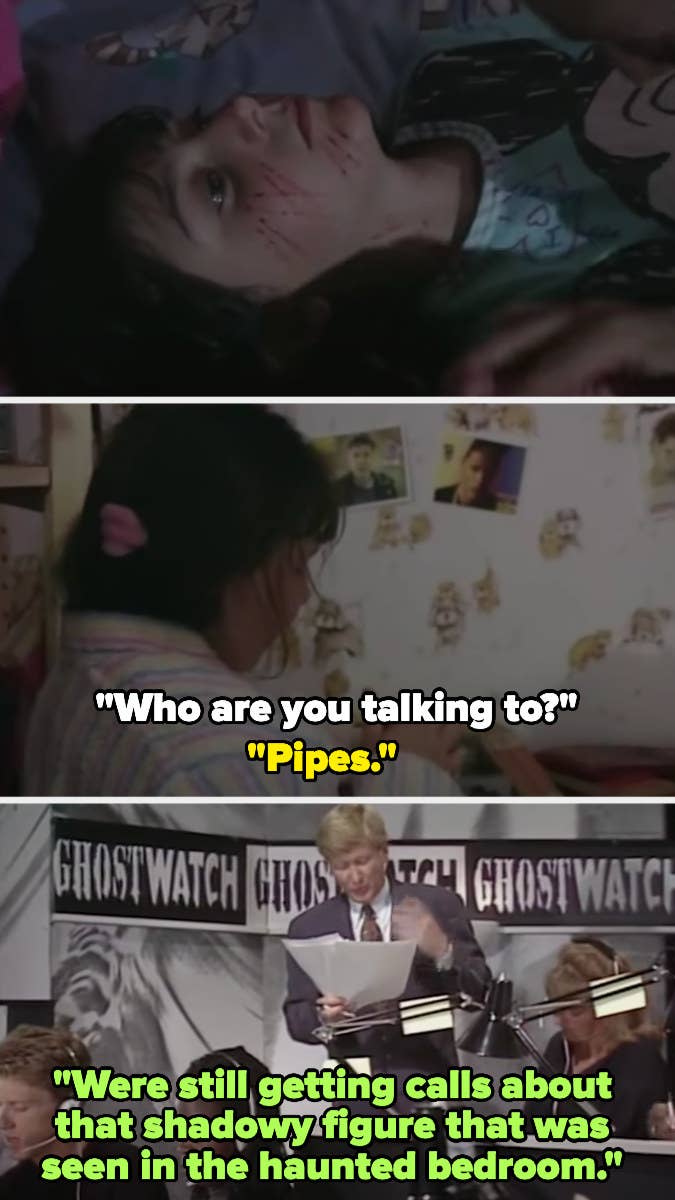 “The most infamous banned show I’ve ever watched was Ghostwatch. It aired only once. It is a fake documentary wherein some reporters are supposed to spend the night in a haunted house but there’s also a studio segment where the host ‘takes calls’ from people who begin experiencing strange things while watching the show. It’s done as if it was live. The BBC was flooded with 30,000 calls from panicked people who thought it was real and caused at least two cases of PTSD in children. I found it a few years back via download and it is fantastic. One of the creepiest things I’ve ever watched.”
3. Sesame Street, “Episode 847” (aired once in 1976) 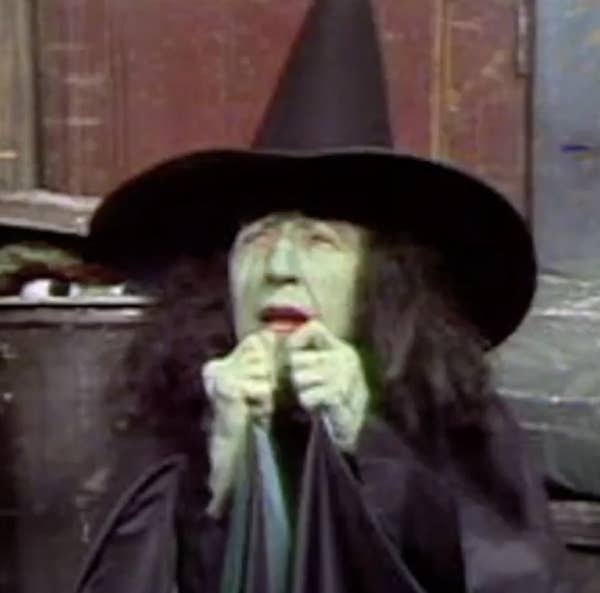 “There is an entire episode of Sesame Street that got banned and hasn’t seen the light of day since it aired. It involved the Wicked Witch of the West from The Wizard of Oz. It was apparently so scary that parents complained that their kids became afraid of their TVs and the Muppets. There’s only a couple of photos available on the internet and a brief synopsis.”
4. Law & Order: SVU, “Unstoppable” (supposed to air in 2015) 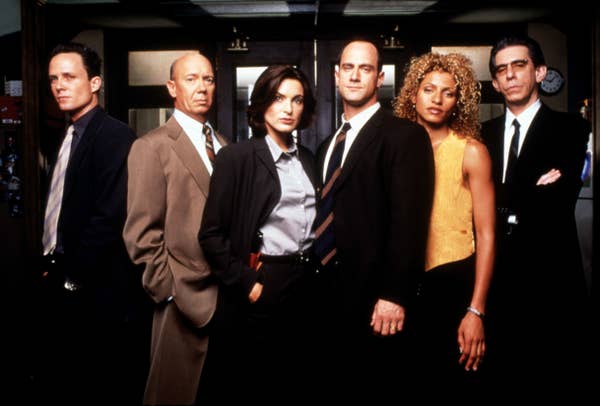 Law & Order: SVU filmed an episode about a Trump-esque man who runs for president but is then accused of rape. It kept being pushed back due to allegations of harassment and assault against Trump prior to his election, and ended up never airing after he was elected. Ice-T commented and confirmed they’d filmed it, but said it was probably too old and could’ve come off as corny or even making light of the actual allegations against Trump (since the allegations in the episode ended up being false).
5. Peppa Pig, “Mister Skinny Legs” (originally aired in 2004) 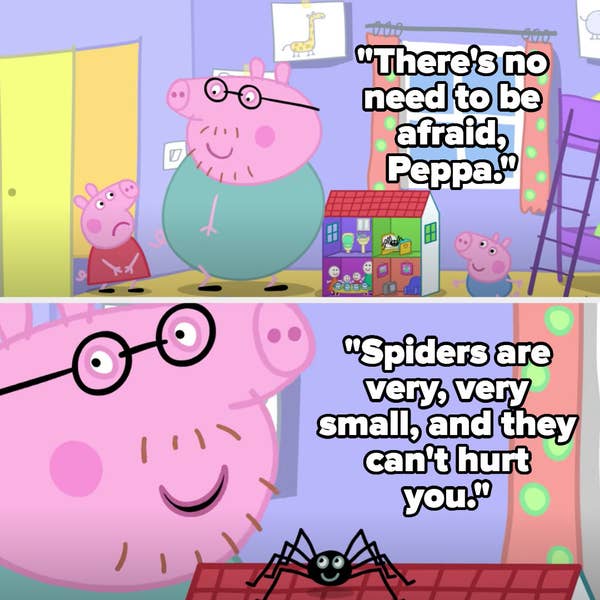 The episode, which encouraged children that spiders were safe and couldn’t hurt you, was banned in Australia as many spiders in Australia actually can hurt and kill you.
6. Tiny Toon Adventures, “Elephant Issues” (aired once in 1991) 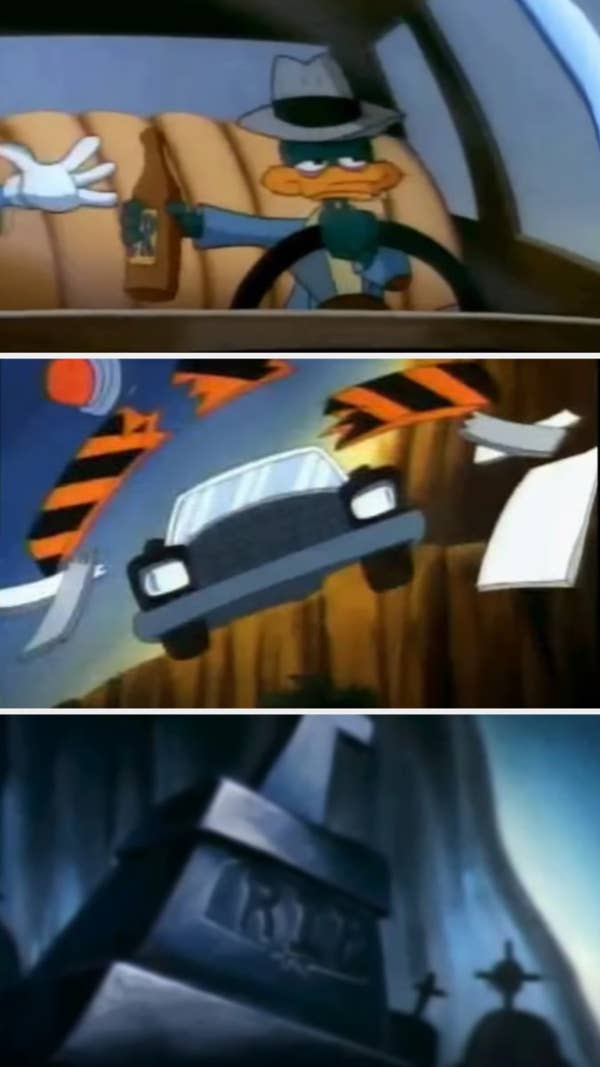 “Anyone remember the banned episode of Tiny Toons Adventures where Plucky Duck drinks beer? The episode is supposed to teach children about drinking responsibly when they’re 21. The episode is available on YouTube. It aired once on TV in the US I think. I didn’t hear about that until a few years ago.”
7. Arthur, “The Great MacGrady” (originally aired in 2009) 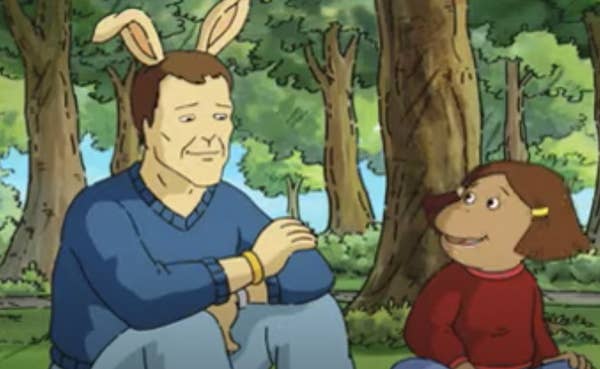 The episode of Arthur that deals with Mrs. MacGrady’s cancer and featured Lance Armstrong was actually remade after the doping controversy, replacing Lance’s parts with fictional wrestler Uncle Slam. It seems to have been done pretty quietly, but viewers watching reruns noticed that the new episode is almost shot-for-shot, word-for-word the same. You can watch the newer version here and a trailer for the original version here.
8. The Simpsons, “The City of New York vs. Homer Simpson” (originally aired in 1997) 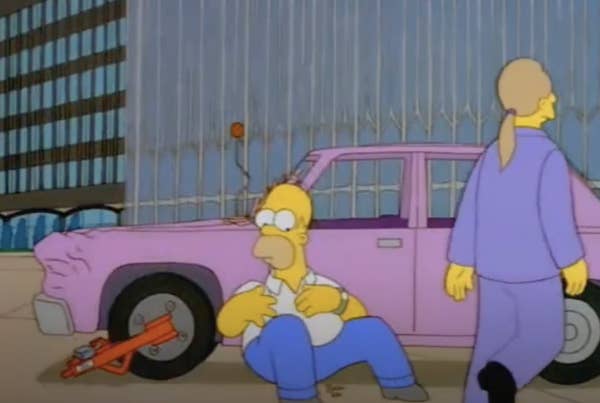 The episode featured the Twin Towers (and scenes where employees there argued) and was pulled from syndication after 9/11 out of respect to the victims. It was put back in rotation in 2006, however (but with the employee argument scene cut out).
9. SpongeBob SquarePants, “Mid-Life Crustacean” (originally aired in 2002) 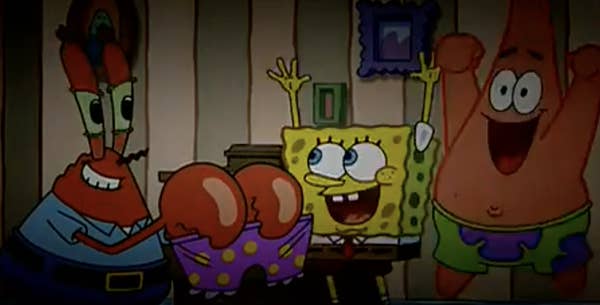 The episode was pulled from rotation in 2018 due to standards review, which found parts of the episode not appropriate for children. Nickelodeon didn’t specify why, but many have guessed it’s due to the “panty raid” scene where Mr. Krabs, Patrick, and Spongebob break into a woman’s house to steal her underwear (though it ends up belong to Mr. Krabs’s mother).
10. SpongeBob SquarePants, “Kwarantined Krab” (supposed to air in 2020) 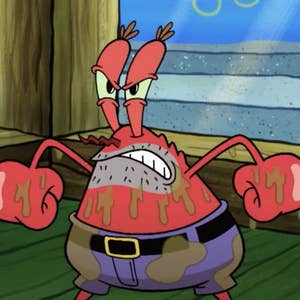 The episode was pulled from airing in the US due to the current COVID-19 pandemic, as it features a virus/quarantine storyline. However, you can find it online.
11. Dance Moms, “Topless Showgirls” (aired once in 2012) 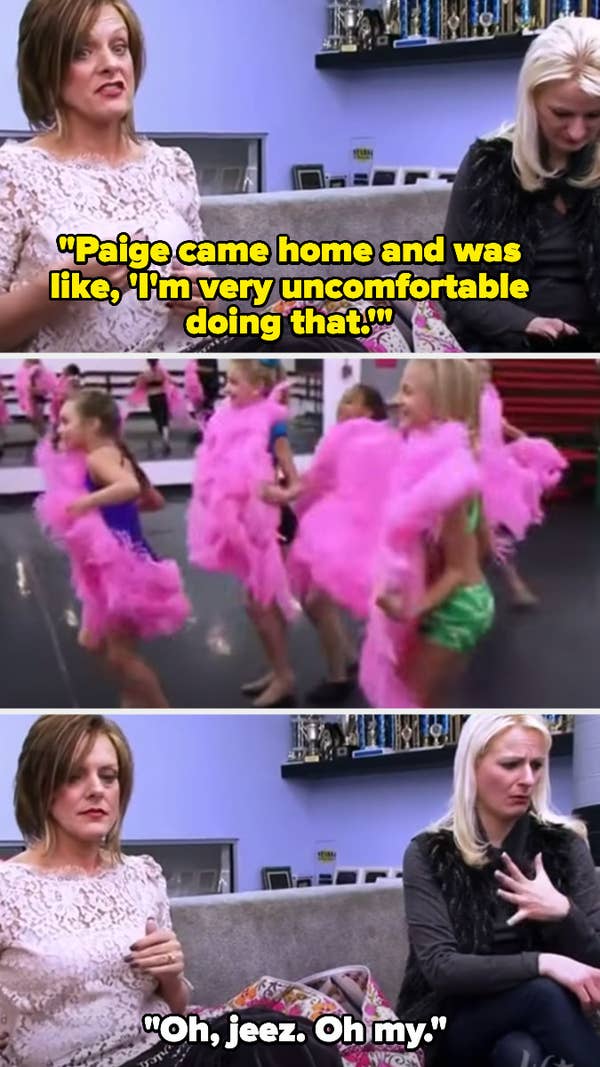 The Dance Moms episode (later retitled “Costume Drama”) was pulled a few weeks after its initial airing and it was stated it would not be available for streaming. In the episode, the 8- to 13-year-olds learned a showgirl-style fan dance, then performed it at a competition in tight nude bodysuits that made them look naked.
12. Degrassi: The Next Generation, “Accidents Will Happen” (originally aired in 2004 in Canada) 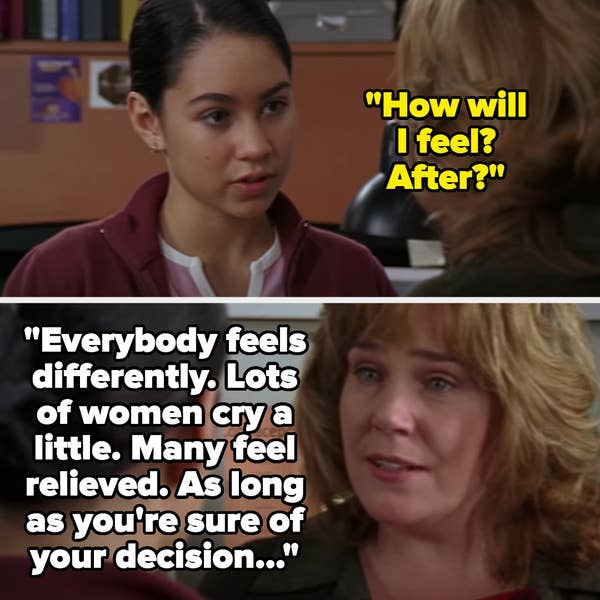 “The Degrassi: The Next Generation episode titled ‘Accidents Will Happen,’ wherein Manny gets an abortion, was not aired in the US until 2006, two years after its Canadian release. Viewers signed a petition … that it wasn’t right to edit out that major plotline.”
13. Seinfeld, “The Puerto Rican Day” (originally aired in 1998) 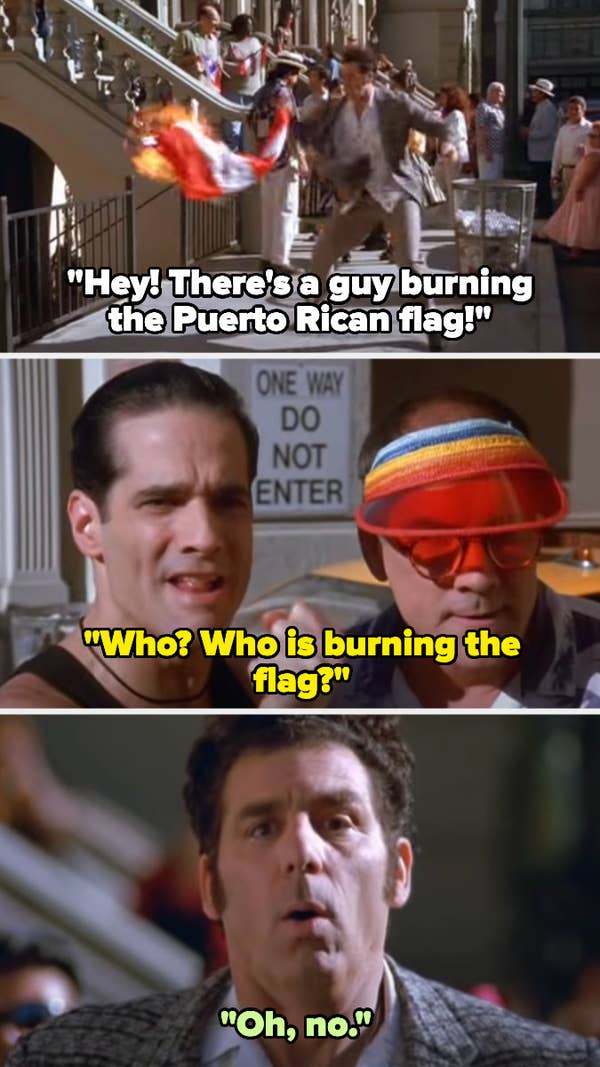 The episode, which depicted the gang getting stuck in Puerto Rican Day parade traffic and featured Kramer accidentally burning a Puerto Rican flag, was pulled from syndication for five years after public outcry. However, it has since returned to syndication.
14. Boy Meets World, “Prom-ises, Prom-ises” (originally aired in 1998) 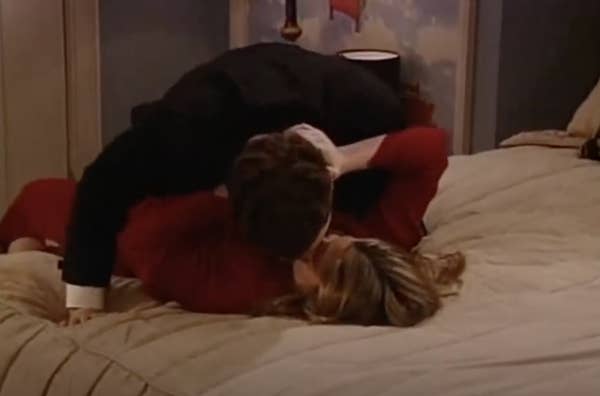 The episode aired on ABC, but not when the show went into syndication on Disney Channel. It featured Corey and Topanga considering having sex after prom. Another episode tackling sex-related themes, “The Truth About Honesty,” was also not aired on Disney Channel, though it is on Disney+.
15. Boy Meets World, “If You Can’t Be With the One You Love” (originally aired in 1998) 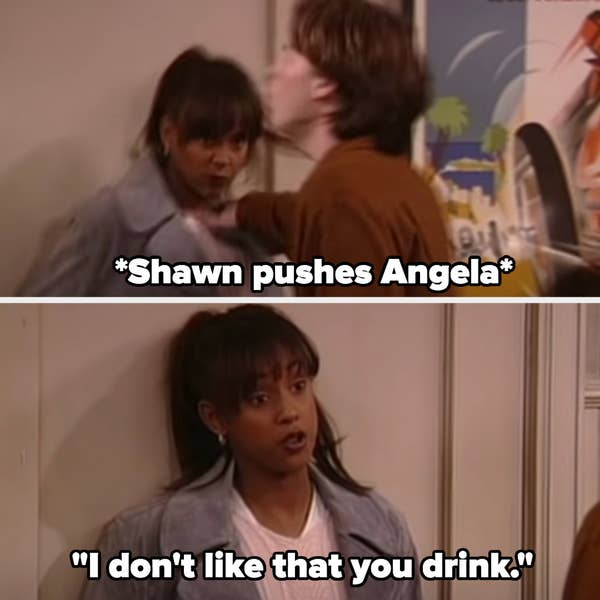 Like “Prom-ises, Prom-ises,” this episode was deemed not appropriate for Disney Channel. In the episode, Corey and Shawn get drunk, which starts to become a habit for Shawn. When Angela tries to talk to him about it, he pushes her up against the wall. This episode is available on Disney+.
16. Pokémon, “Electric Soldier Porygon” (aired once in 1997)

The episode featured a scene in which Pikachu uses his powers to destroy a missile, which used a lot of strobe lights. This allegedly gave 700 Japanese kids seizures. The episode was pulled from ever airing again and was never dubbed for international markets. There was a ton of pushback and the show actually took a hiatus after this.
17. And finally, Pokémon, “Beauty and the Beach” (originally aired in 1997) 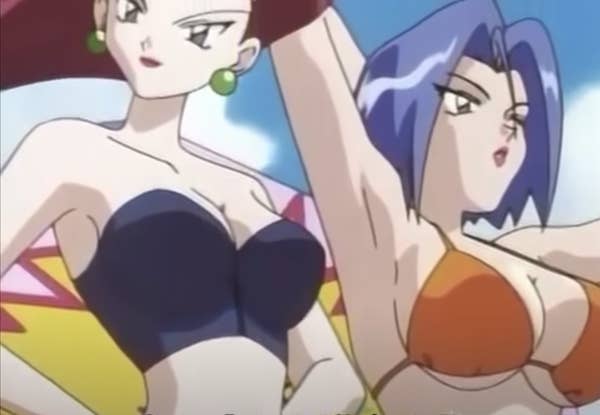