1. First, when Ted explained where he lives: 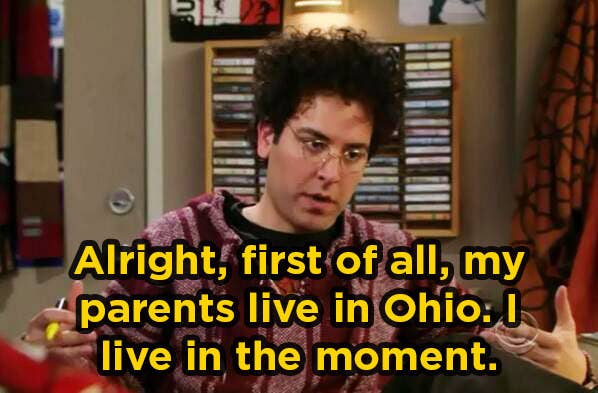 3. When the gang convinced everyone to call Barney “Swarley”: 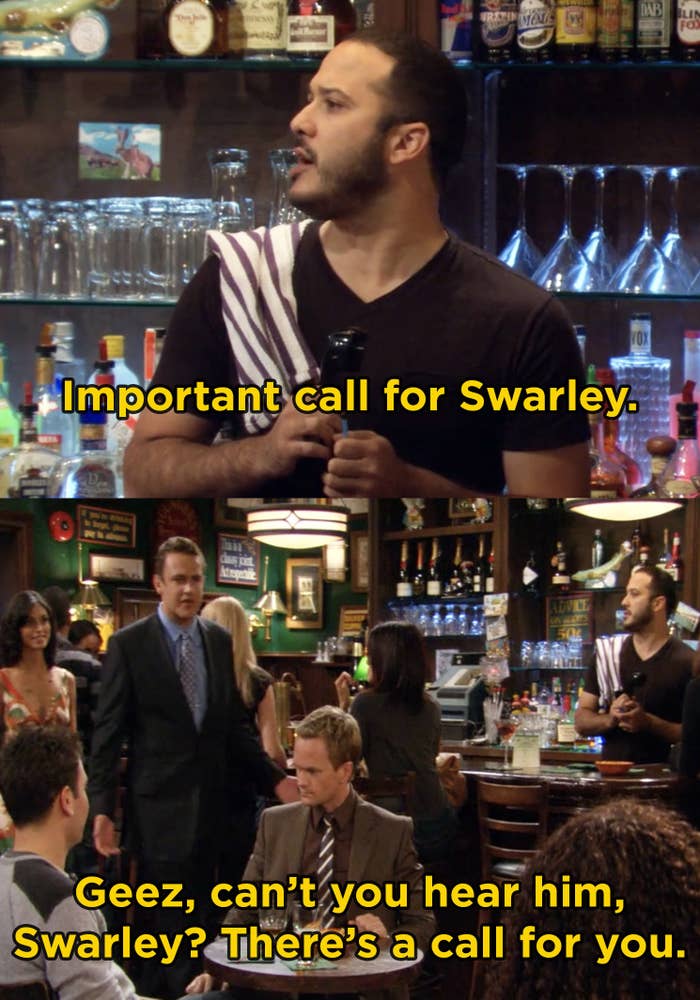 4. When Ted and Marshall tried to hide the fact that they were high from Lily:

5. When Robin had trouble making friends: 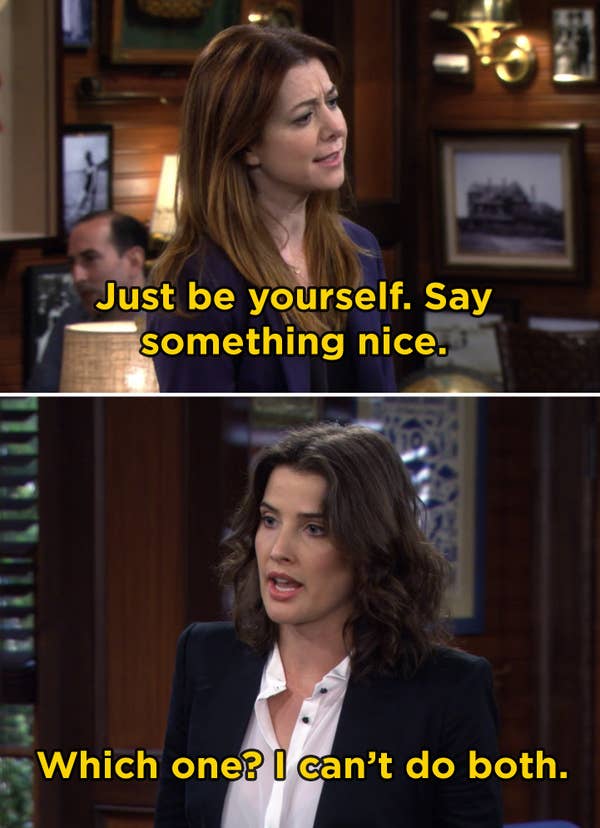 6. When Marshall introduced Barney to Slapsgiving:

8. When Robin revealed why she actually hated the mall:

10. When Marshall was stunned that Stella had never seen Star Wars:

11. When Barney questioned how Ted was ever gonna meet someone:

12. When the gang held an intervention for Marshall’s hat: 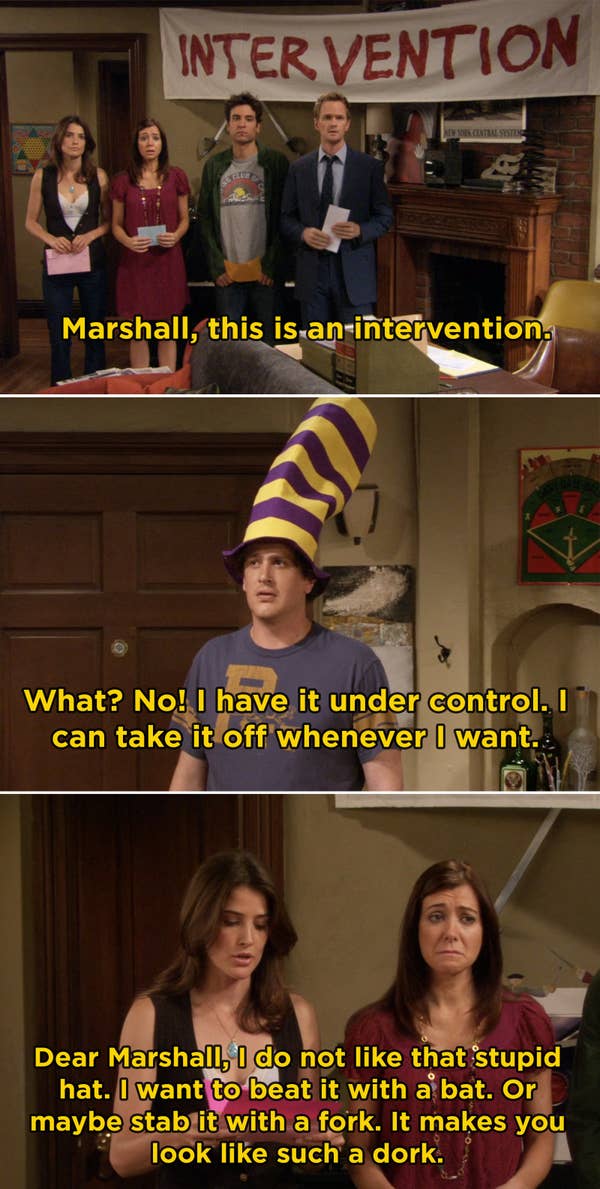 13. When Barney lost the doves before his wedding: 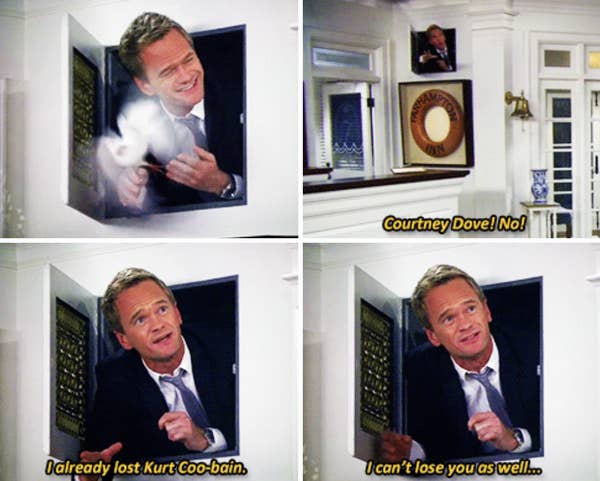 15. When Ted realized his mom had been lying to him for years: 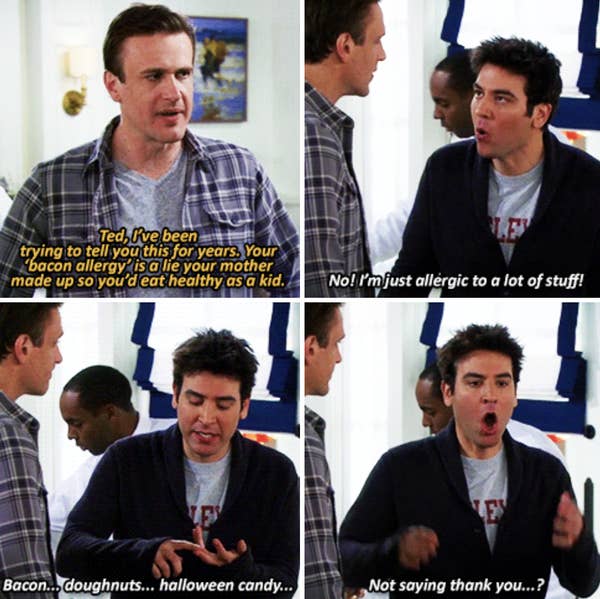 16. When Ted thought his mom was calling instead of Robin: 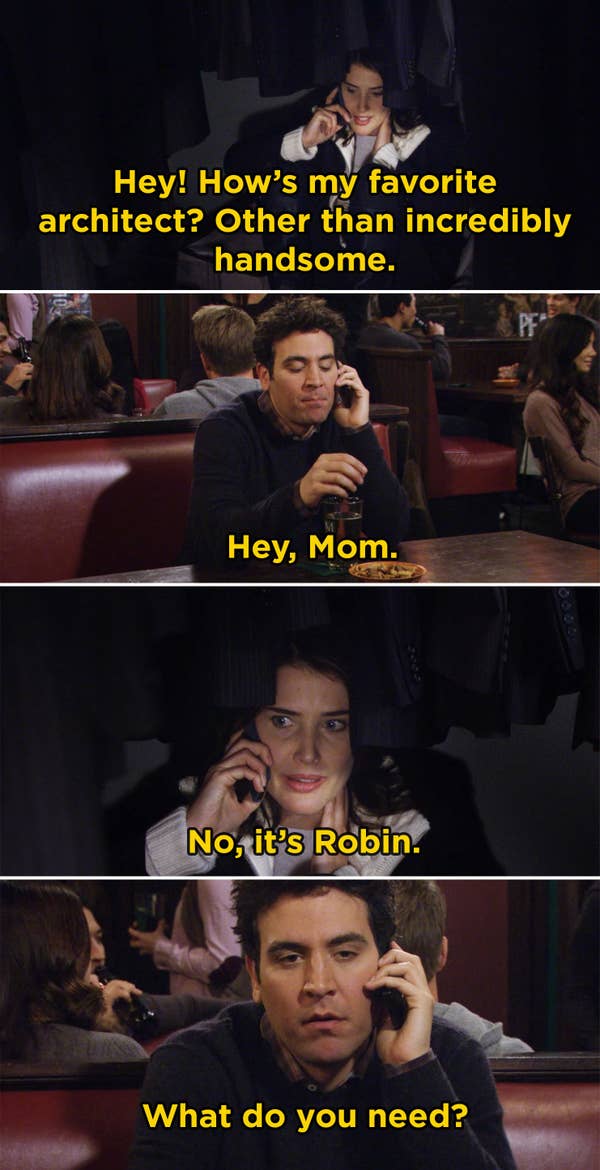 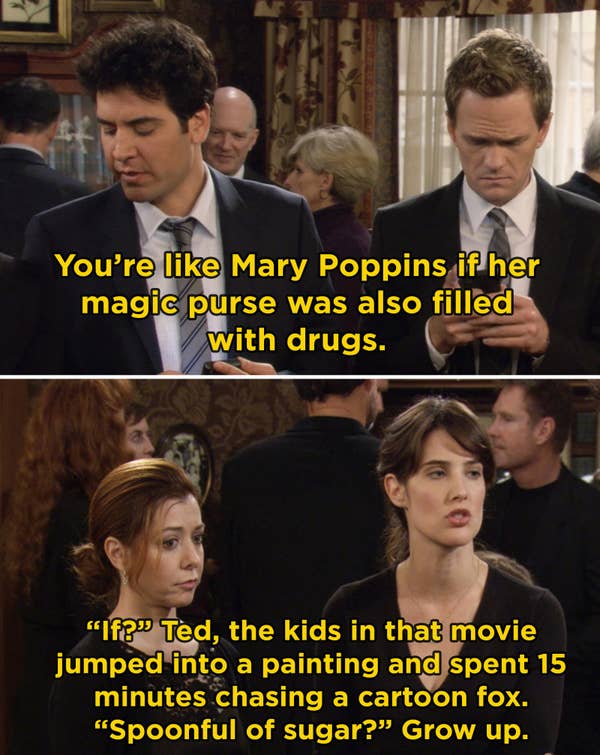 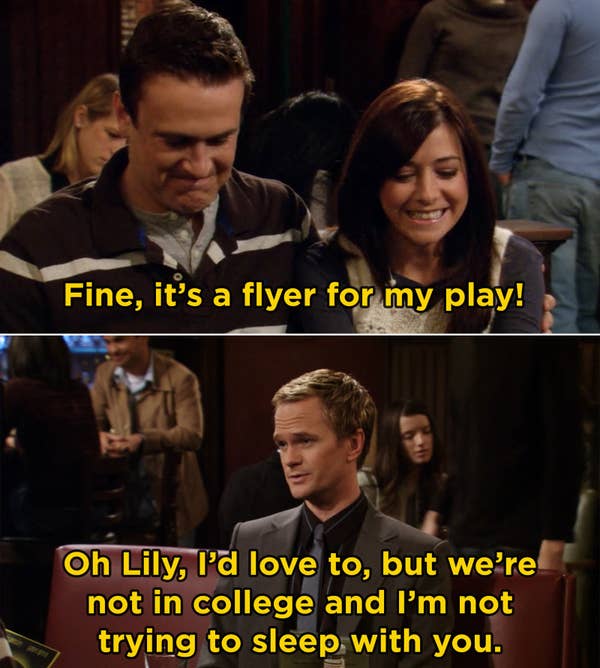 19. When Lily and Marshall proved to be the best couple: 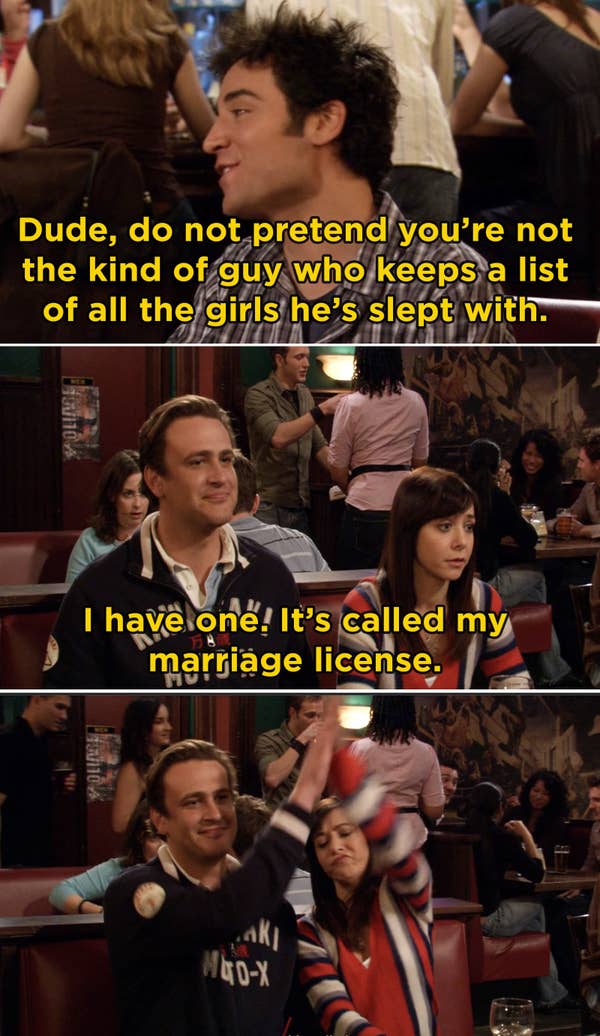 21. When Ted and Marshall couldn’t go more than five minutes without talking to each other:

22. When Ted had to fix the graffiti in the alley: 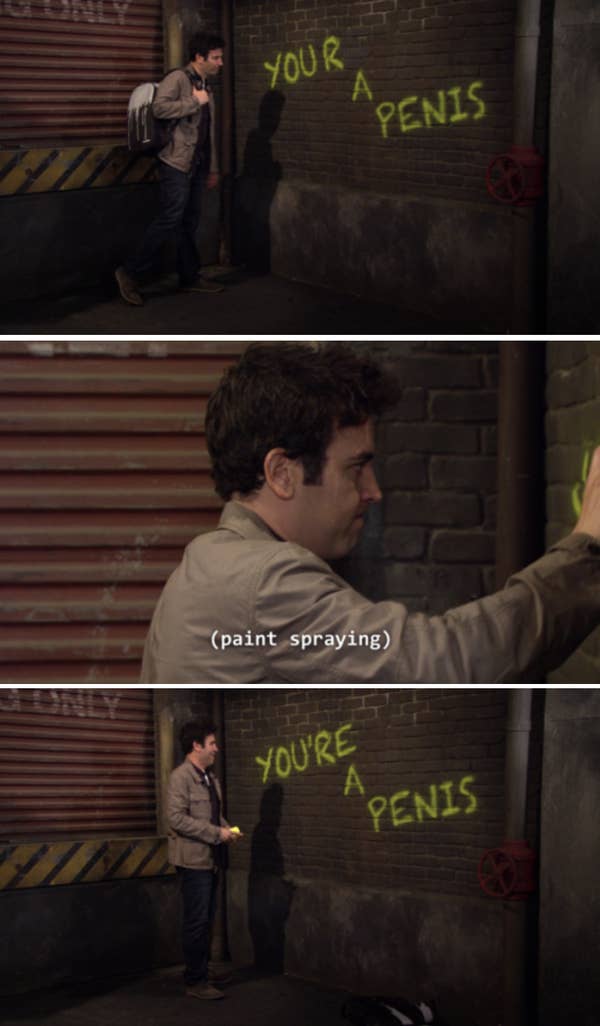 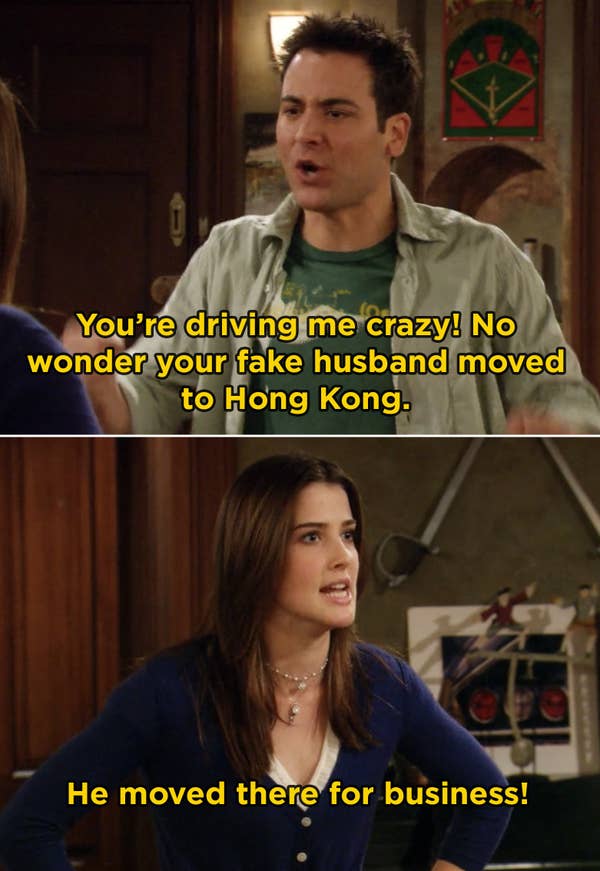 24. When Ted drunkenly got a butterfly tattoo: 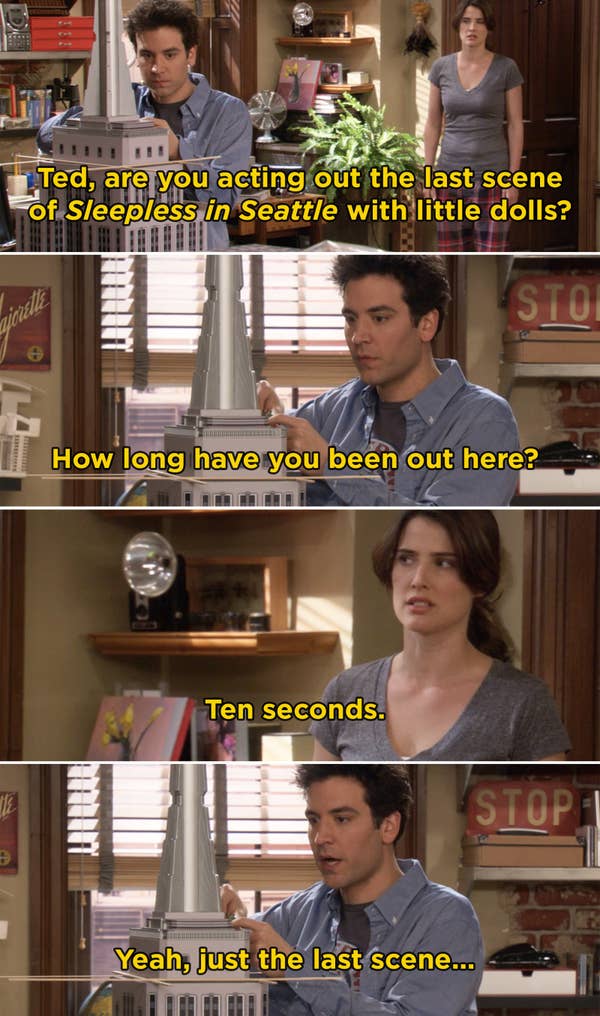 26. When the gang failed to coordinate their Halloween costumes: 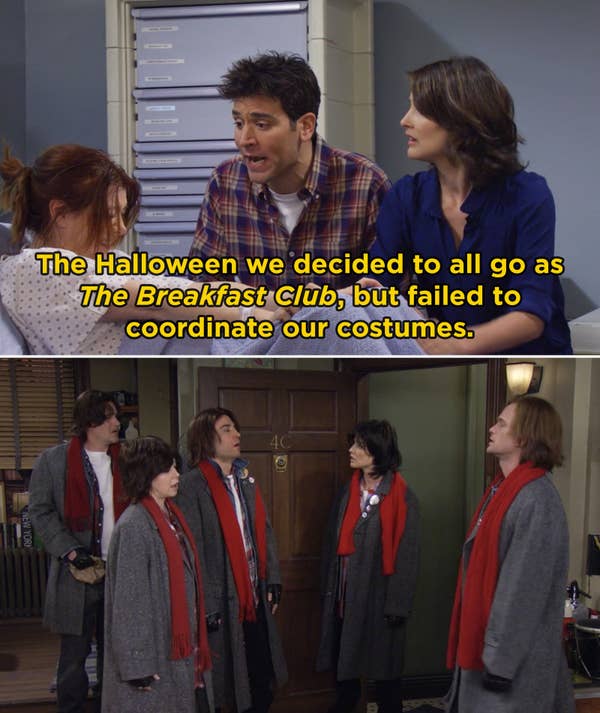