How I Met Your Mother may have finished, but the memes that fans are making about the sitcom just keep coming.

THE ONE TRUE CANADIAN POP STAR 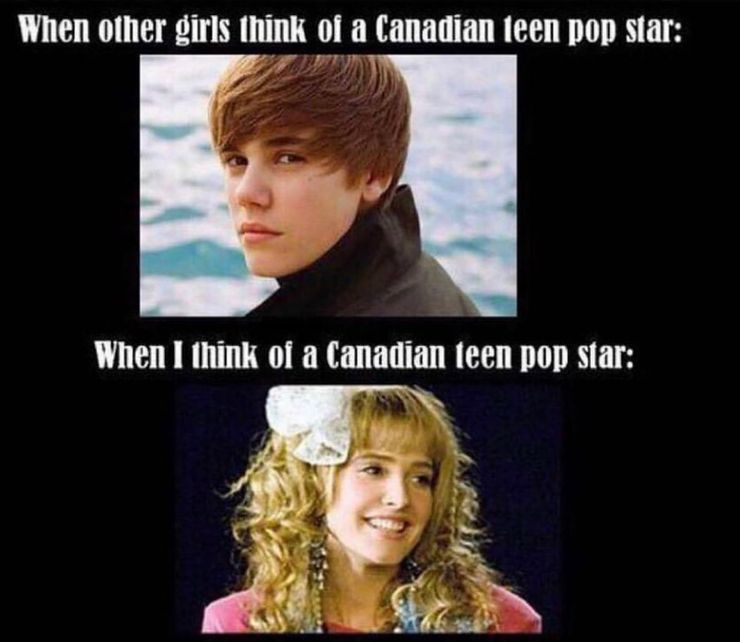 Robin Scherbatsky is known for her “cool-girl” persona. She is the beer-guzzling commitment-phobe who would rather stick needles in her eyes than do anything remotely girly. Her stoic ways make it all the more hilarious when we discover her truth: that she was once a pop diva icon in Canada. Her pop star persona, better known as Robin Sparkles, always sported tutu skirts, giant bows, and pink T-shirts. This version of Robin is the polar opposite of the woman the gang knows and loves, so when they discover her secret, they are as giddy about it as we are.

WHAT THE SERIES SHOULD BE CALLED 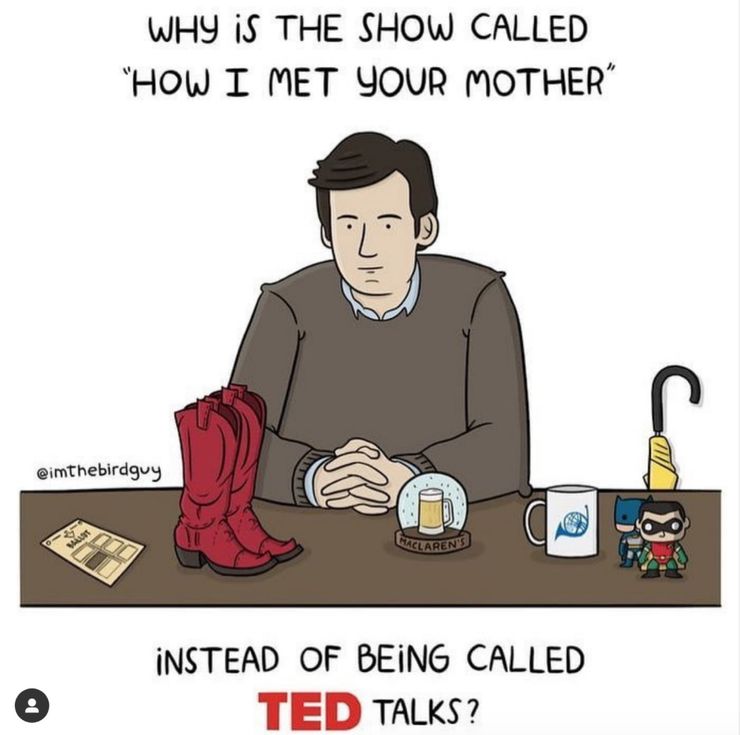 Many fans were outraged by the structure of the series and how it promised one thing while delivering something different. This is because the series is called How I Met Your Mother, although Ted barely even tells his children about how he met Tracy McConnell. The story of how he met their mother is summed up in less than a season despite the series having nine seasons in total. Ted goes on and on about irrelevant stories that have nothing to do with what the series promises to reveal. Thus, it might as well be called “TED Talks” instead. If Ted were to give a TED talk though, we assume he’d be doing so in his famous red cowboy boots. 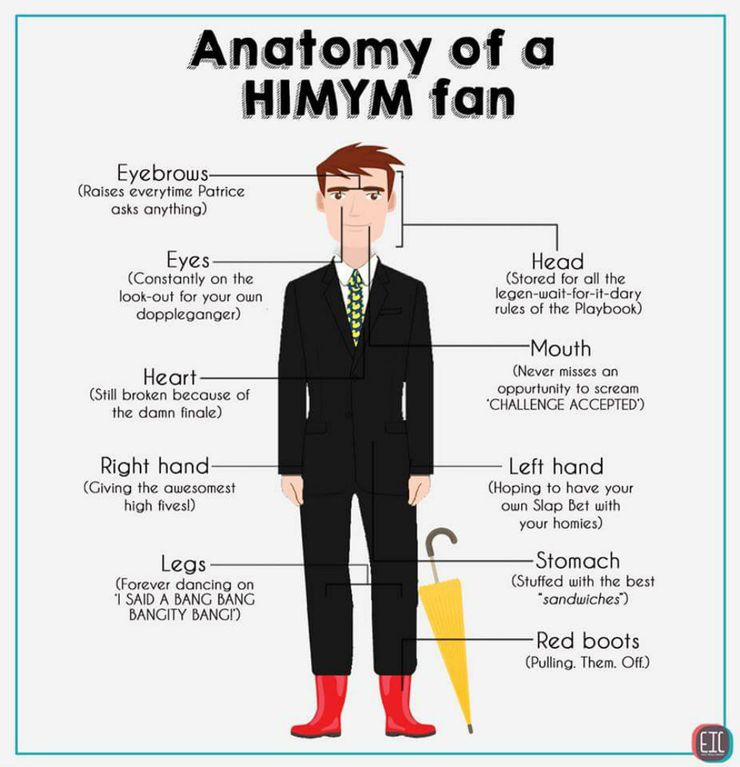 How I Met Your Mother is a successful sitcom for many reasons. It is extremely funny, it is filled with romance, and the characters are downright hilarious. Yet another element to the series that keeps fans coming back for more is the endless list of running gags that build up throughout HIMYM. These running gags include (but are not limited to): Robin’s hatred for Patrice, Ted’s red boots, and “eating sandwiches” as code for smoking weed. How I Met Your Mother has some of the funniest running gags on TV and this is one of the many reasons why the series is such a hit.

THESE ARE THE REAL QUESTIONS, PEOPLE 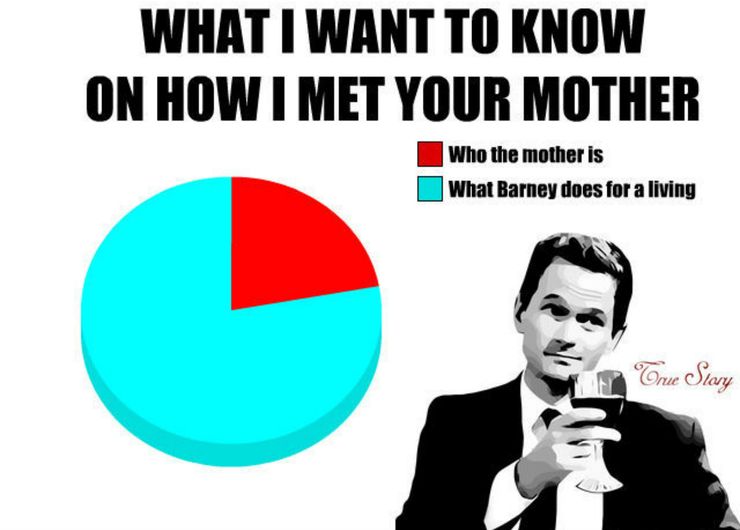 Sure, one of those most burning questions we wanted to have answered on HIMYM was who Ted’s mysterious wife ended up being. Was it going to be Robin? Victoria? Stella? But even though the series asked you to constantly seek the answer to who “the mother” was, what we wanted to know was what Barney Stinson did for a living. The man was incredibly well off, especially because he lived in New York City where living is not exactly cheap. Fans, along with the rest of the gang were constantly trying to figure out what their mysterious friend did on a day-to-day basis to make so much money. How was he able to afford “suiting up” 24/7? We later found out that he worked for P.L.E.A.S.E which stands for “Provide Legal Exculpation And Sign Everything”. 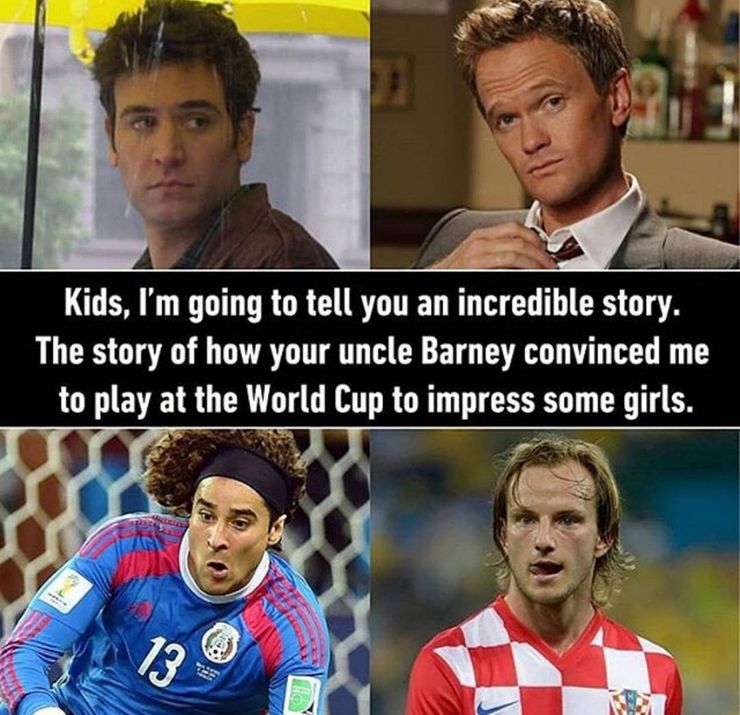 One of the most hilarious running gags on How I Met Your Mother is the “doppelganger” running gag. The doppelganger running gag comes into play when each member of the series runs into their doppelganger aka the person who looks identical to them. Here in real life are two soccer players who look a little too similar to the HIMYM characters, Ted Mosby and Barney Stinson. We could easily see an episode where Barney would try to help Ted score chicks by scoring soccer goals at the world cup. 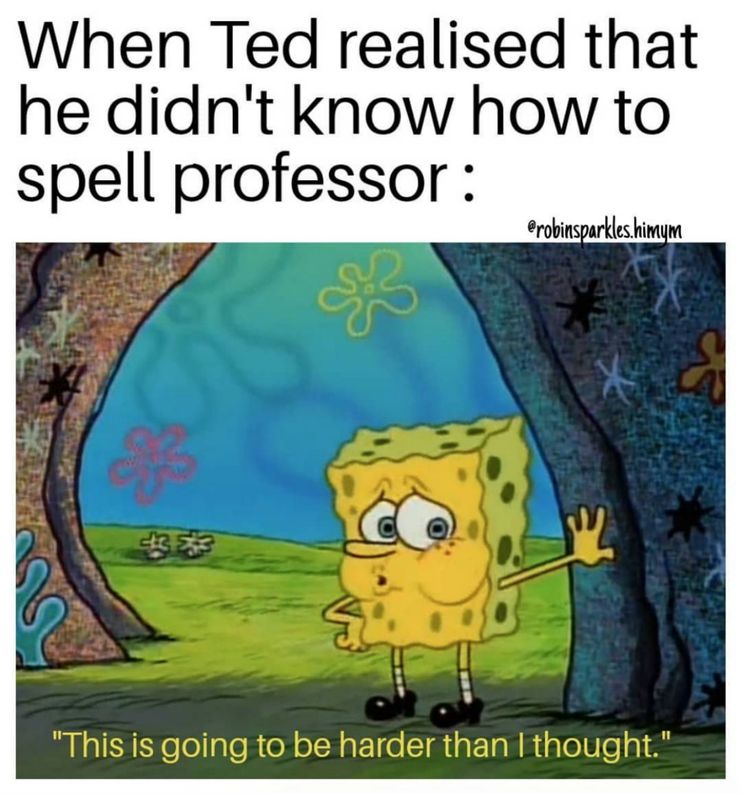 Ted is always extremely quick to show his pretentious side on How I Met Your Mother. If he sees a graffiti sign that uses the grammatically incorrect form of “you’re”, he will go out of his way to point it out and fix it. If someone asks where he is from, he will gladly point out that “my parents live in Ohio, I live in the moment.” Yet it looks like Ted finally gets a bit of a reality check when it comes to his inflated ego once he becomes a college professor and can’t even remember how to spell the word “Professor”. Is it with two “f”‘s or one? At that moment, Ted’s ego deflates just the tiniest bit, and he realizes that teaching isn’t going to be as easy as he thought it would be.

TED HAS NEVER HEARD OF “TAKING IT SLOW” 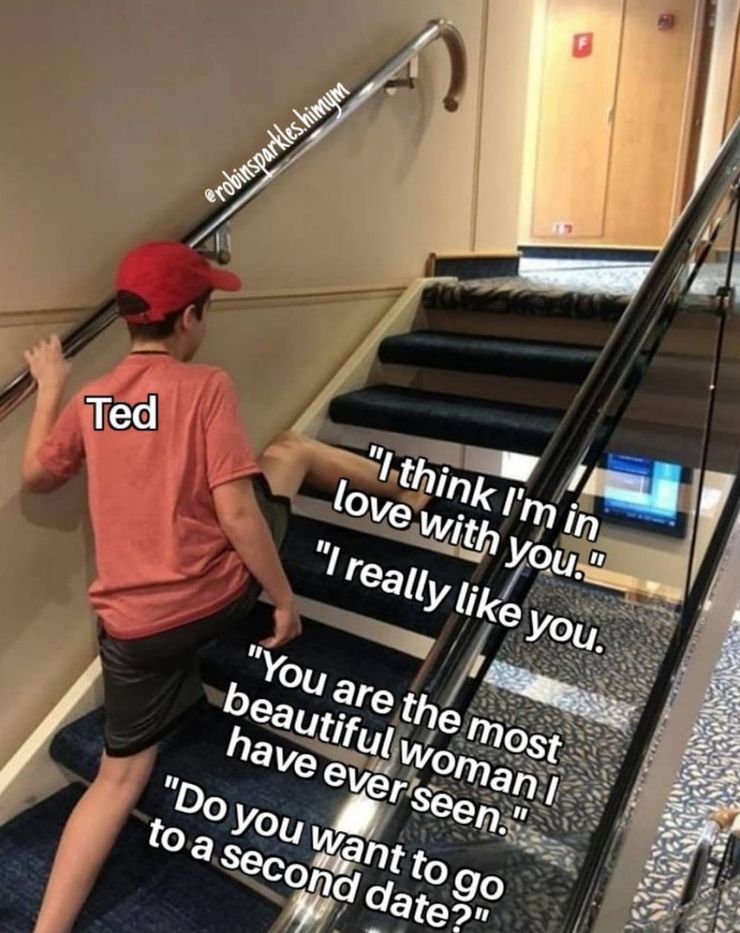 We all remember that classic moment in the pilot episode of How I Met Your Mother when Ted told Robin that he was in love with her on their very first date. It went a little something like this:

Ted: I think I’m in love with you. 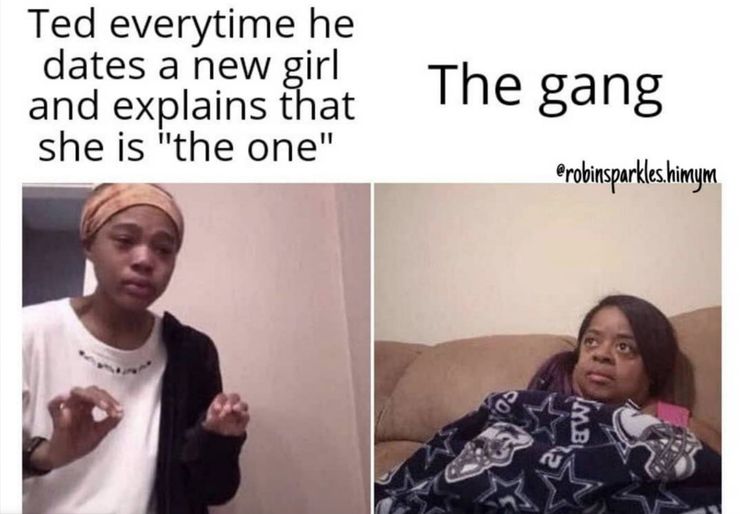 It’s safe to say that the rest of the gang is fed up with Ted and his overly romanticized ways. Ted Mosby seems to buy into the belief that life is one big fairytale with a happy ending that derives from marriage. Robin, Barney, Lily, and Marshall, on the other hand, are a bit more realistic. Even Marshall and Lily who are happily married to each other throughout the series still face challenges and hurdles in their everyday life. Ted is under the impression that finding “the one” will cure all his problems while Barney pretty much operates as Ted’s polar opposite when it comes to his beliefs on the subject of love.

TED NEEDS TO SORT OUT HIS PRIORITIES 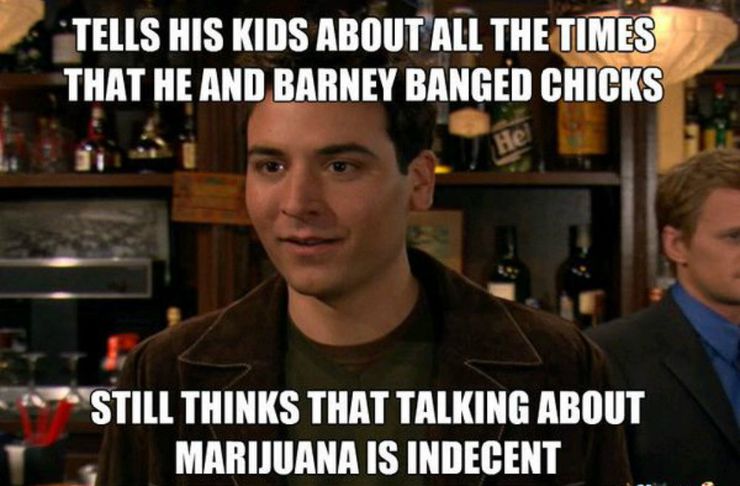 Ted Mosby needs to sort out his priorities. On the one hand, he is constantly telling his children all of the “glorious tales” of how he and his buddies would “pick up chicks” at the bar to sleep with them, yet on the other hand, he is terrified to let his kids know that he smoked marijuana in college. Some of the stuff that Ted tells his children is so inappropriate, you often get the idea that the writers completely forgot the whole point of the series when they wrote these scenes. (We wouldn’t be surprised if they did). 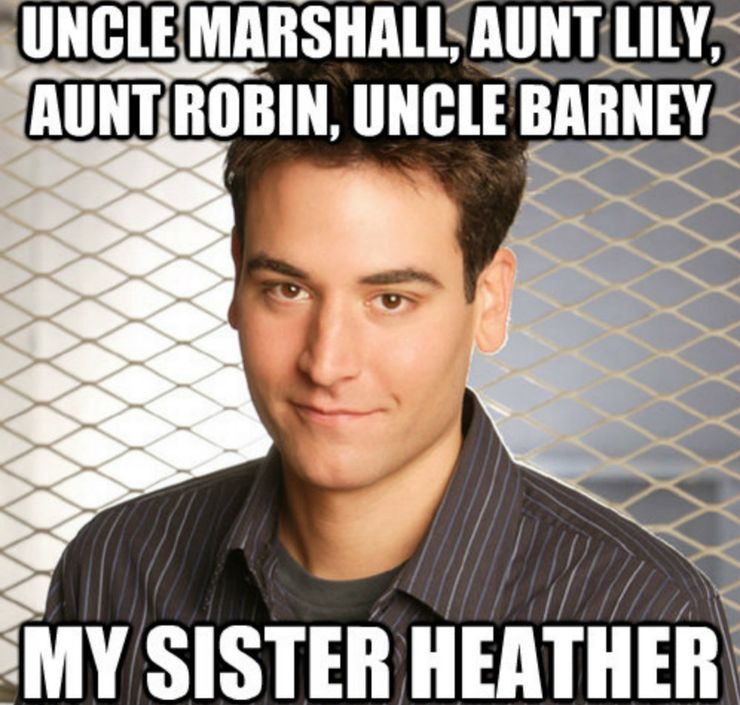 Ted’s logic is skewed when it comes to how he talks to his children. He refers to all of his best friends as the aunt and uncle of his children because they are all so close and connected, yet he refers to their actual Aunt Heather as “My sister Heather”. Makes total sense, Schmosby! Although Ted claims to love Heather, he certainly doesn’t act like it when he refers to her as “my sister” to his kids! Perhaps all of those “sandwiches” he ate are finally starting to get to him…