As much as Matthew Perry wanted to be a successful actor, he also craved the fame that came along with it. “There was steam coming out of my ears, I wanted to be famous so badly,” the actor admitted to the New York Times in 2002. “You want the attention, you want the bucks, and you want the best seat in the restaurant.”

That desire came true when Perry landed the role of the witty and sarcastic Chandler Bing on Friends in 1994. “The part of Chandler leaped off the page, shook my hand, and said, ‘This is you, man!’” he told Entertainment Weekly in 1997.

The ensemble sitcom — starring Perry alongside Jennifer Aniston, Courteney Cox, Lisa Kudrow, Matt LeBlanc, and David Schwimmer — couldn’t have come at a better time for the Ottawa-raised actor who had previously starred on a string of failed comedies.

“I desperately — desperately — needed the money,” he once said. And once he landed Friends, his financial problems were solved. During the first season, the six cast members made $22,500 an episode, which grew to $75,000 by season three — and eventually $1 million per episode in seasons nine and 10.

Along that with that came the popularity he dreamed of. “I was on Friends from age 24 to 34. I was in the white-hot flame of fame,” he said. “The six of us were just everywhere all the time.”

Despite being the source of so much laughter for audiences — 34 million viewers for its 2002 season premiere — Perry’s private life was no laughing matter. Underneath, he was harboring a dark secret. “From an outsider’s perspective, it would seem like I had it all,” he continued. “It was a very lonely time for me because I was suffering from alcoholism.”

“I ​don’t remember three years of it,” Perry admitted of Friends in a BBC interview. “I was a little out of it at the time — somewhere between seasons three and six.”

After a jet ski accident, Perry became addicted to pills

The instant success of the show felt like all Perry had ever wanted. “When it happens, it’s kind of like Disneyland for a while,” Perry told the New York Times. “For me, it lasted about eight months, this feeling of ‘I’ve made it, I’m thrilled, there’s no problem in the world.’ And then you realize that it doesn’t accomplish anything, it’s certainly not filling any holes in your life.”

But alcohol dependence did become a part of his life. And then after a jet ski accident in 1997, when he was prescribed Vicodin, drugs also entered the picture. “It wasn’t my intention to have a problem with it,” he said in 2002. “But from the start, I liked how it made me feel and I wanted to get more.”

By day, he was cracking jokes as he alter ego Chandler, but outside of work, things started spiraling — and eventually started showing physically when he lost about 20 pounds.

“I was out of control and very unhealthy,” the actor told People. 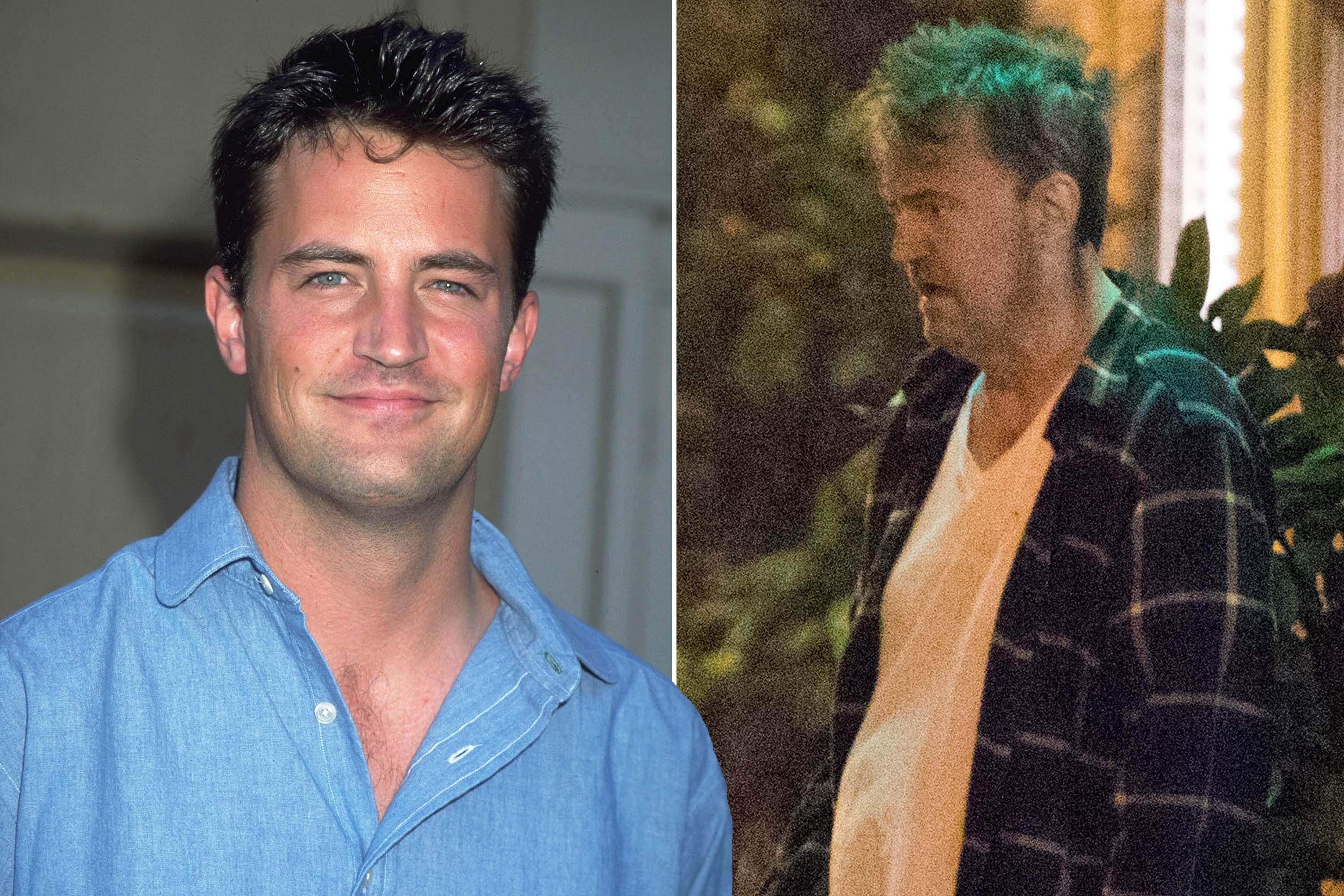 He first went to rehab in 1997, spending 28 days at a Hazelden Betty Ford facility in Minnesota. But he didn’t stay sober for long. In May 2000, he was admitted to Cedars-Sinai Medical Center in Los Angeles for pancreatitis, an inflammation of the pancreas from alcohol abuse — a condition that can be potentially deadly.

Perry was in so deep that even that scare didn’t serve as a wake-up call. “Unfortunately, that still wasn’t enough to get me to quit drinking,” he explained. As a sign of what a low point he reached, he crashed his Porsche into a house the day he was released from the hospital. Fortunately, the home was unoccupied. Though alcohol or drugs weren’t in his system that day, it was further proof of how out of control his life was.

His ‘Friends’ costars tried to help 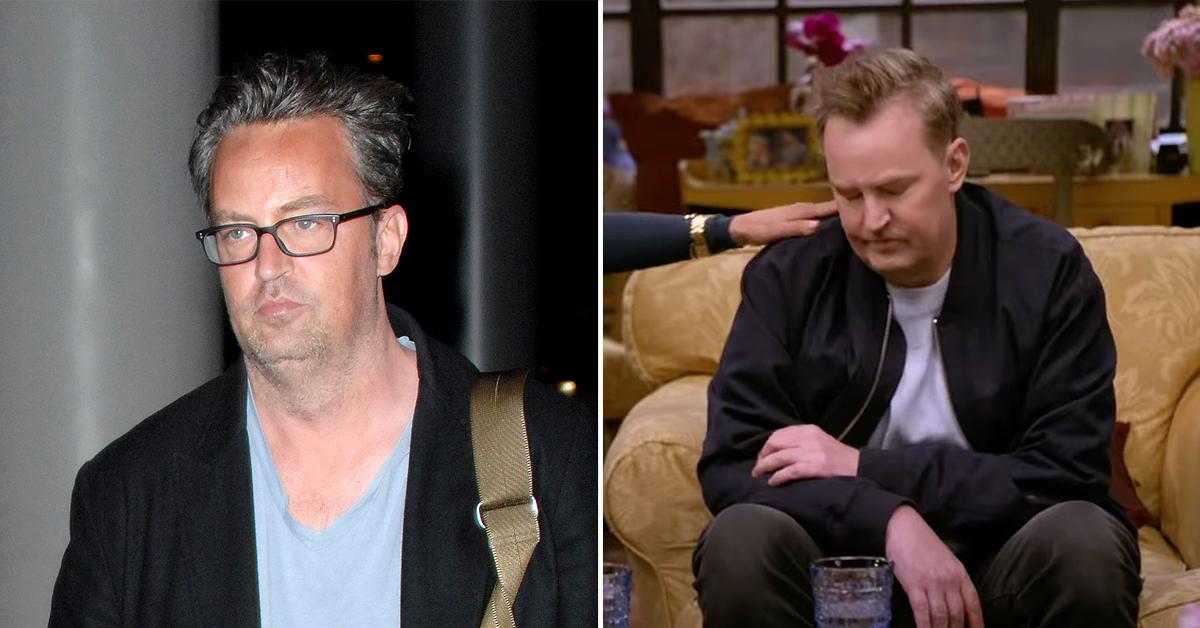 All the while, Friends’ ratings were going up and his paycheck was getting bigger as movie projects, like 1997’s Fools Rush In and 2000’s The Whole Nine Yards, came along. But nothing seemed to be enough.

“I tried to talk to him,” Friends costar LeBlanc, who played Joey Tribbiani, told People. “There wasn’t a response. It’s such a personal struggle; they need to bottom out on their own.”

So as difficult as it was, his co-stars simply stood aside, ready to support him. After all, it was all they could do.

“Hard doesn’t even begin to describe it,” Kudrow, who played Phoebe Buffay, told the New York Times of the 2000-2001 season. “When Matthew was sick, it was not fun. We were just hopelessly standing on the sidelines. We were hurting a lot. Matthew is one of the funniest people I’ve ever met in my life. He’s charming and hilarious. Most of our hard laughs came from Matthew.”

Aniston, who played Rachel Green, described him as “one of the most sensitive people I’ve ever met, more than most girls I know. His feelings get hurt. He cares what people think.”

Friends co-creator and executive producer Marta Kauffman told People, “It was terrifying… watching someone you care about in so much pain.”

Though Perry knew they all cared, the efforts were lost on him. “I wasn’t ready to hear it,” he admitted. “You can’t tell anyone to get sober. It has to come from you.”