As a kindergarten teacher, Lily is one of the biggest offenders. There were far too many times when her choices jeopardized the safety and well-being of her students.

Lily Naps When The Kids Do

After school takes away nap time, Lily finds it difficult to get through the day. Kids get restless when they’re sleepy, so it made sense that Lily’s students were more chaotic. But the problem wasn’t that the kids didn’t get a nap, it was that Lily didn’t get one.
Lily didn’t think it was dangerous because there was nothing else the kids could do to her, but she seemed to be missing the point. Anything could happen to the kids while she’s asleep and she would have no clue.

Marshall Falls Out Of The Bathroom With His Pants Down 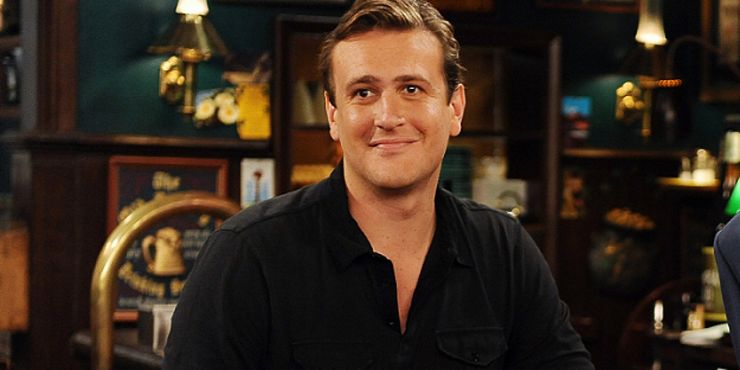 Since Lily allows her husband to visit her classroom, whatever Marshall does is automatically on her. Marshall uses the bathroom, but the toilet is built for children. When he gets startled he accidentally opens the door and falls out of the room.
Lily and her students all watch as Marshall lands on the floor, completely exposed. It might have been an accident, but no school would allow its children to witness a grown man in that position.

Lily’s Students Tie Her Up 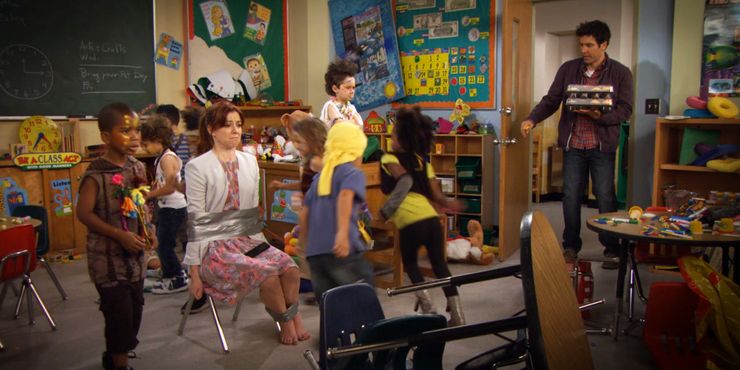 Since this was a “no questions asked” situation, viewers don’t have much information on how Lily ended up tied to a chair and at the mercy of her students. But if she can’t control her class, there’s no way she’s fit to teach it.
Ted brings cupcakes to the school to fulfill the children’s request, but this wouldn’t fly in reality. Not many parents would trust a teacher who allowed herself to be blackmailed by a group of kindergarteners. It’s also alarming that no one heard the noise coming from Lily’s classroom. 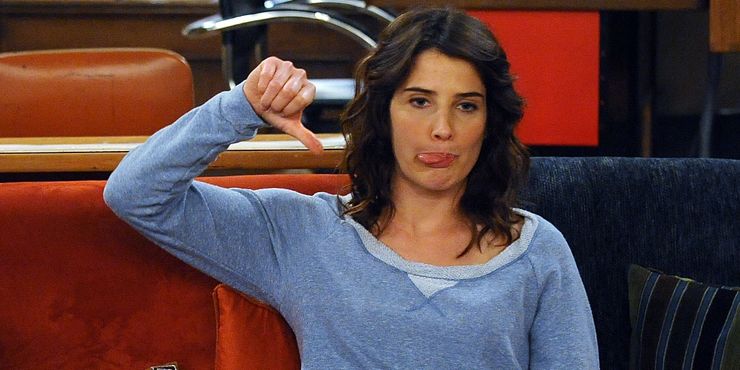 Robin agrees to speak to Lily’s class for career day and tells the students about her job as a news reporter. However, they’re much more interested in her personal life than her career and start asking a lot of rude questions.
Although she tries to stay calm, Robin eventually calls a little girl’s grandma a “pathetic cat lady.” When another student tries to probe into her business, she claps back at them pretty forcefully. Lily has to cut Robin off mid-rant before any more damage can be done.

Lily Yells At A Child For Painting A Rainbow 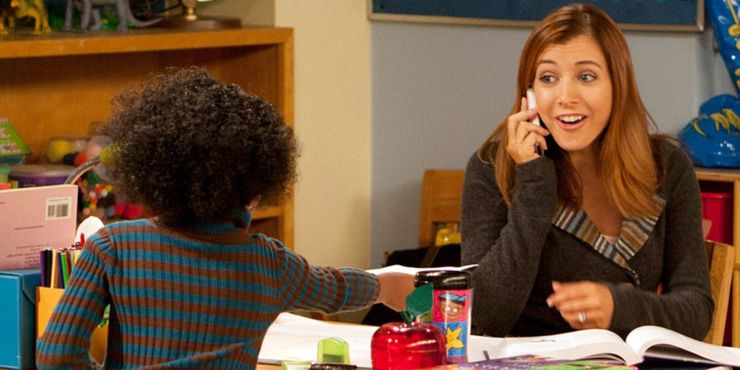 In Lily’s defense, she tried to be supportive. The same girl would come up to her with a new picture of a rainbow, and Lily would always compliment it. One day, when she’s in a bad mood, Lily ends up scolding the child for her painting.
It was played off as a joke, but if the child went home and told her parents there would probably be some serious consequences. Teachers are supposed to encourage their students, not take out their anger on them. 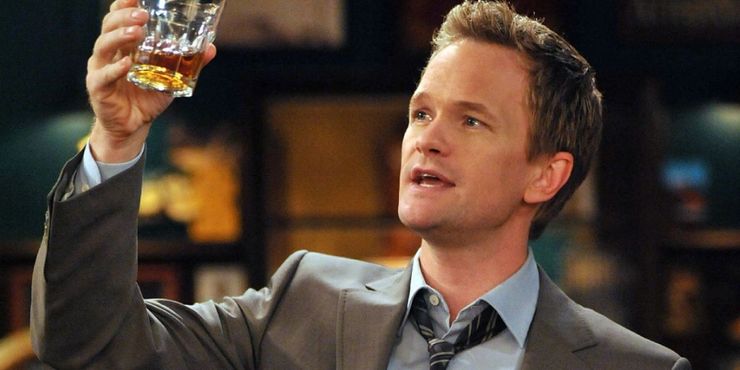 When Ted and Robin start sleeping together again, Barney gets jealous. He’s miserable for the entire episode and decides to attend feelings hour in Lily’s classroom to talk things out. He talks to the kids about sex and starts smoking while he’s sitting in the share chair. Lily eventually yells at Barney to get out, but she lets him go on for far too long. She also accidentally reveals to the whole class that a child’s parents are getting divorced, which the student didn’t even know, himself. 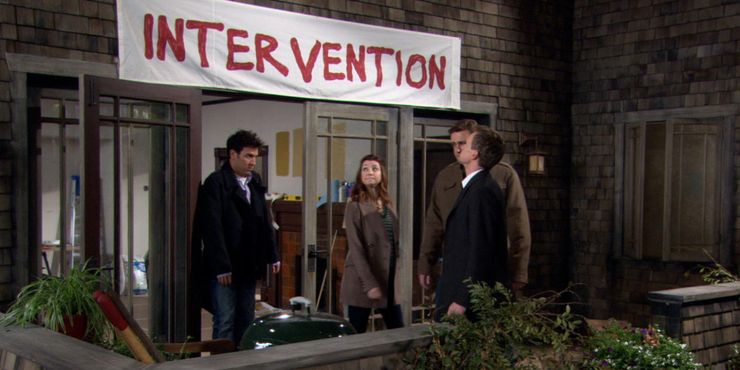 The gang has held plenty of interventions throughout How I Met Your Mother’s nine seasons, but one didn’t go the way that it was intended. Ted’s friends were worried that he was rushing into things with Stella and wasn’t ready to marry her.
They prepare everything for the intervention but end up changing their minds and not going through with it. Unfortunately, Lily accidentally sent her letter to Ted home with a student. It wasn’t a very appropriate topic and the mother was left wondering why her child had it.

Marshall Starts A Rivalry With One Of The Students 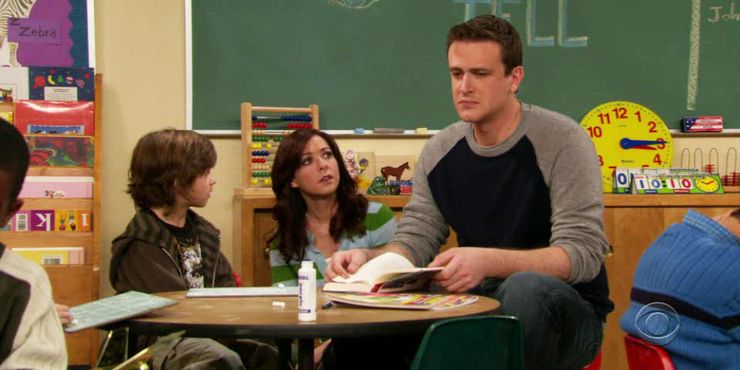 It’s never a good idea to fight fire with fire, but it’s an even worse one to do it with a five-year-old. Lily’s student was being rude to Marshall, but he should have been the adult, rather than let things escalate.
Lily was completely unaware that one of her students was blackmailing her husband, and the child could have easily said that he was being bullied. Marshall sprayed juice on the kid’s pants and even took the pudding snack pack from his lunch.

Lily brings plenty of guest speakers into her classroom, but she clearly doesn’t do enough research on them. She allows a farmer to bring in his goat, and the students all get attached. They fall in love with the animal and even Lily finds herself fond of Missy.
Before he leaves, the farmer reveals that Missy is headed to the butcher shop. He goes into detail about how they’re going to kill her, leaving Lily’s students completely horrified. Lily ends up bringing the goat home to ave its life, but what the farmer told the kids still wasn’t appropriate.
Share this article: