Marshall didn’t just believe that mythical creatures were real but considered himself an advocate for their rights. As an environmental lawyer, he believed in protecting all living things, legendary or not. There were multiple different creatures Marshall mentioned throughout the years, and, there were a few times his theories were proven correct. 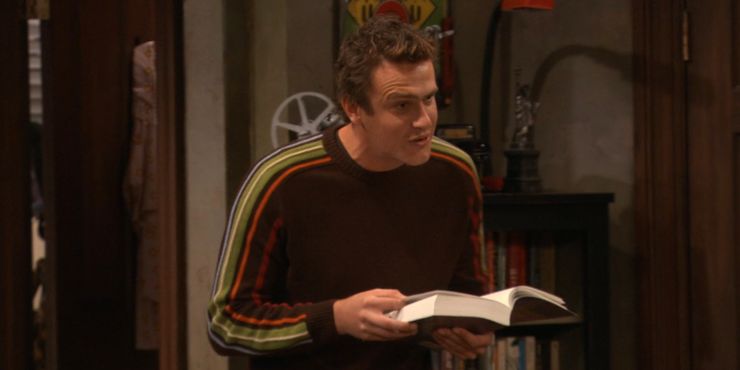 Marshall’s belief in the supernatural was first mentioned in the season 1 episode “Puzzle Master.” Marshall doesn’t just love mythical creatures but takes offense when others discredit their existence.
After Robin revealed that she wasn’t a believer, Marshall went to his room and came out with a book about Area 51. He read to Robin, “On the night of July 2nd, 1947, conditions were clear over Roswell, New Mexico when, suddenly, an array of—” before being cut off by Ted. However, it doesn’t seem to sway Robin in the slightest. 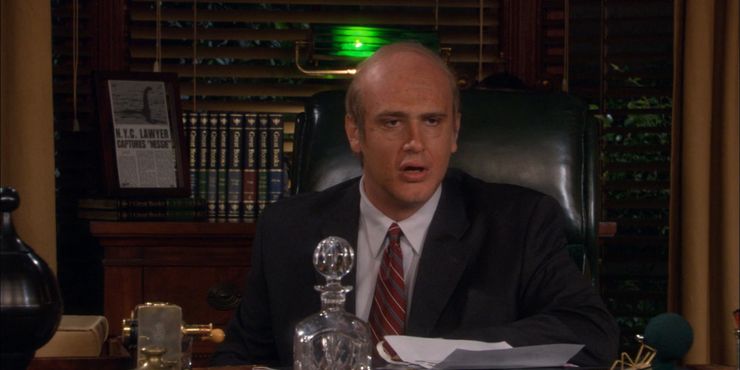 Out of all of the legendary beings, the Loch Ness Monster was the one Marshall talked about most. When visiting Lily’s class, he doesn’t want her students to get the wrong idea about Nessie. He tells Lily to stay away from terms like “monster,” because Nessie is a gentle creature.
Some fans managed to spot an interesting Easter egg during one of the show’s brief flash-forwards, in which a newspaper clipping is framed behind Marshall’s desk. The title of the article reads, “N.Y.C. Lawyer Captures “Nessie,” implying that Marshall was right and had caught Nessie himself. 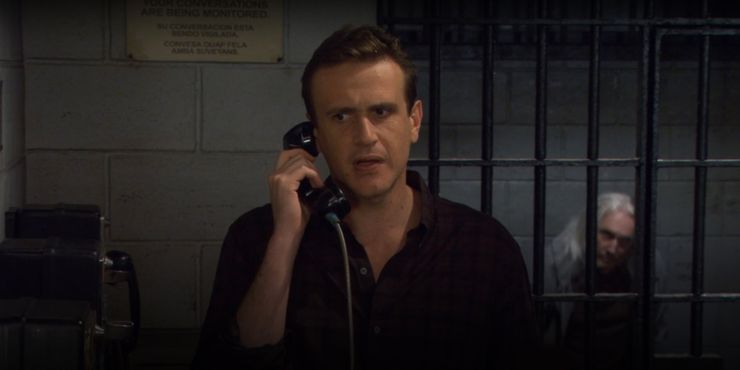 Unlike Nessie, Marshall believes Big Foot could be dangerous. Lily comments that Marshall refuses to go to the Pacific Northwest because he’s afraid of Sasquash, but Marshall argues that he just thinks they should all be on alert. Marshall once thought he saw Bigfoot in Central Park and tackled him. However, it turned out to be Russell Brand, and he had to call Lily to bail him out of jail.

Anytime something is out of the ordinary, Marshall is convinced that a ghost has something to do with it. When neither Marshall nor Lily recalled making their toast, he thinks that a ghost put the bread in and made it for them.
On the weekend of Barney and Robin’s wedding, Marshall requests room 13 at the Farhampton Inn, which was featured on The Ghost Network. It was said to be haunted by the spirit of Captain Dearduff The Hooker, a serial killer who murdered travelers with his sharpened hook. 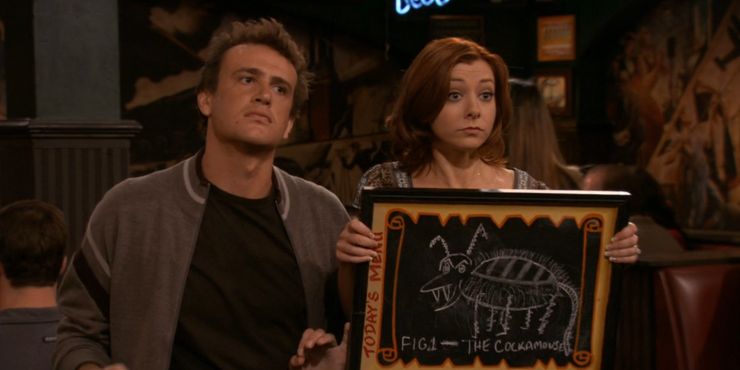 The cockamouse is another creature that Marshall was right about all along. It was half cockroach, half-mouse, and was residing in Ted and Marshall’s apartment. As always, Lily proves why she and Marshall are the best couple when she continues to believe him, even though their friends think he’s making it up.
However, they soon changed their mind when Robin ends up in the apartment when the cockamouse makes an appearance and is shocked and terrified to discover that it’s real. Seasons later, Ted spots the cockamouse in the Arcadian and discovers that it had babies. 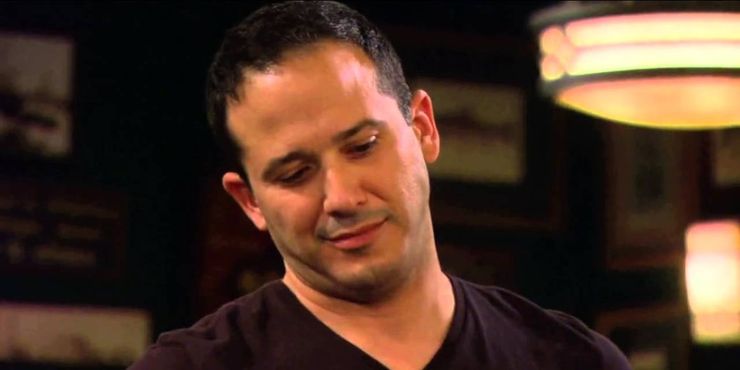 Not only does Marshall believe in vampires, but he was once convinced that Carl the Bartender was one. His argument was weak because he based his assumption on Carl wearing black and only coming out at night. His friends pointed out that that is generally what bartenders do.
Marshall keeps his cool around Carl until Ted gets drunk and tells him Marshall’s theory. He tries to laugh it off but shoots Ted an angry look. To be fair, it’s not that preposterous given the other creatures that turned out to be real in the series. 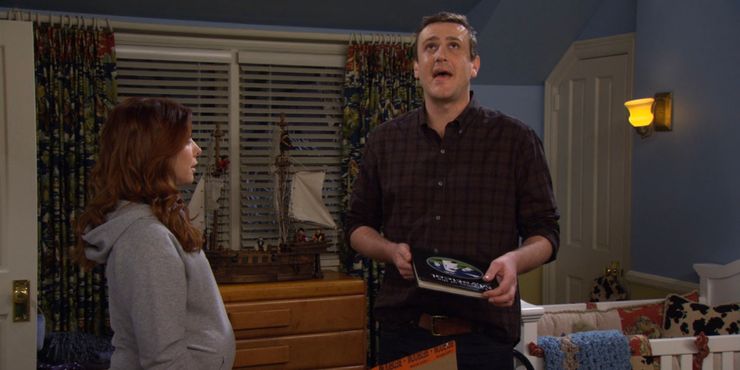 Out of all the supernatural creatures, Marshall seems to believe that werewolves are one of the greatest. Lily assumes Marshall is talking about God when he asks, “Don’t you think it’s a little bit narcissistic to not allow for something bigger out there?”
He continues on to say that its beauty and power humbles them, making her particularly confused. In Lily’s defense, Marshall has an odd way of describing werewolves. He clearly worships them and sees them as superior to humans.

The “Enigmas Of The Mystical” 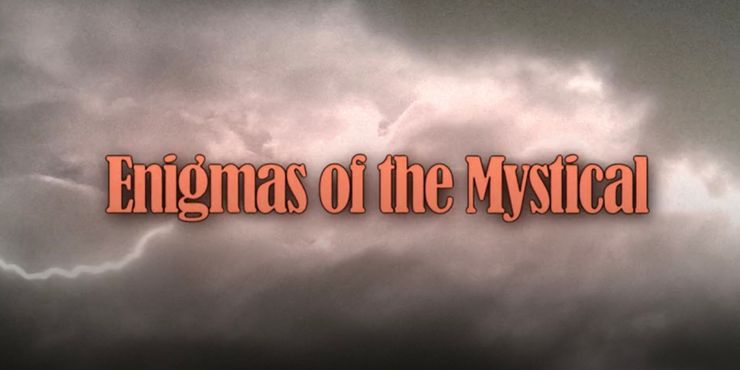 When Marshall tells Lily he wants to read their child, “Enigmas of the Mystical” it leads to one of the biggest arguments on the show. Lily doesn’t believe in the supernatural, and Marshall takes offense.
The book is full of paranormal creatures and strange phenomenons, that aren’t quite as strange as advertised, and he wants to raise their child to believe in them as he does. Marshall even talks about yetis and leprechauns, raising the question of just how many mystical figures he thinks are real.