As good as How I Met Your Mother was at the ridiculousness and light-hearted comedy such as goats and pineapples, the show did not shy away from emotional gut-punches. So often, throughout the show’s nine seasons, the creators and performers left the audiences in tears, whether that be through shock deaths, endings of relationships, or surprisingly sad endings.
All of the main characters are involved in their fair share of sad storylines, a testament to the character’s meaningfulness to the fans. From the season 1 finale all the way up to the series finale, the show was always willing to deliver episodes that were best enjoyed with tissues for tears nearby. 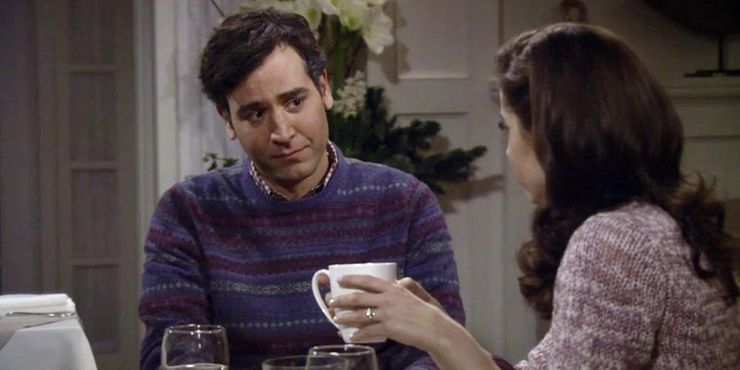 ‘Vesuvius’ may not immediately stick out as the most memorable episode in terms of sadness. Still, hindsight is a powerful thing, and after the reveal of the finale, this episode becomes so poignant.
The episode sees Tracy and Ted at the Farhampton Inn in the future, realizing they have told most of their stories until Ted comes up with one. That story has a bit of emotion in it with Robin being reunited with her mother, but the true sadness comes after this story has finished. After that story about Robin’s mom, Tracy asks, “What mother is going to miss her daughter’s wedding?” prompting sadness from Ted, and upon rewatch, fans realize this is because Tracy will not live to see her daughter’s wedding. 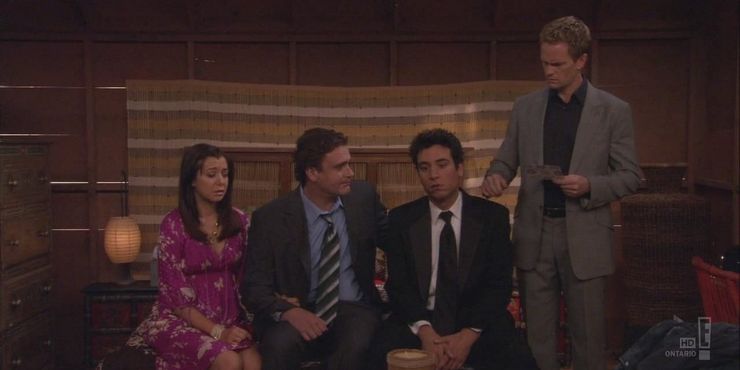 Right at the core of each season of How I Met Your Mother is Ted’s (oftentimes obsessive) quest for love. Apart from the obvious two in Robin and Tracy, the closest he got to the apple pie family life was with Stella.
‘Shelter Island’ was the day of the pair’s wedding, and on that day, Stella decided to leave Ted at the altar for her ex-husband Tony, who Ted invited to the wedding. No matter how much wrong Ted does throughout the show, it is impossible not to feel heartbroken for him. 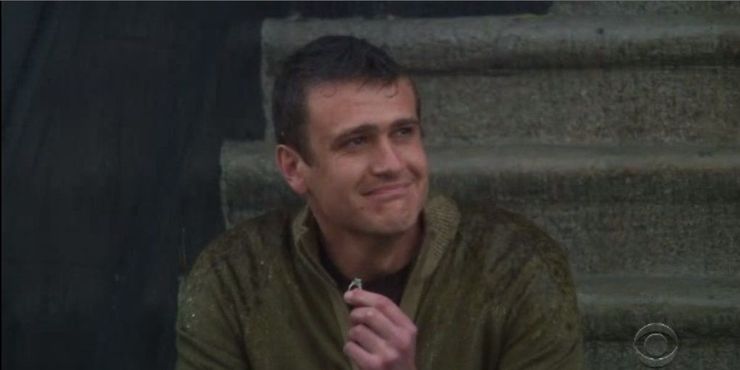 The first truly heartbreaking episode of How I Met Your Mother comes at the very end of the first season, with ‘Come On’ bringing about Lily and Marshall’s (temporary) end.
The whole debacle of Lily going to San Fransisco to follow her artistic dreams was building up to this point. That moment where Ted is walking home and spots Marshall holding Lily’s engagement ring in the rain is one of the series’ saddest, with the lack of dialogue and immediate recognizing over what has happened adding to the down atmosphere. 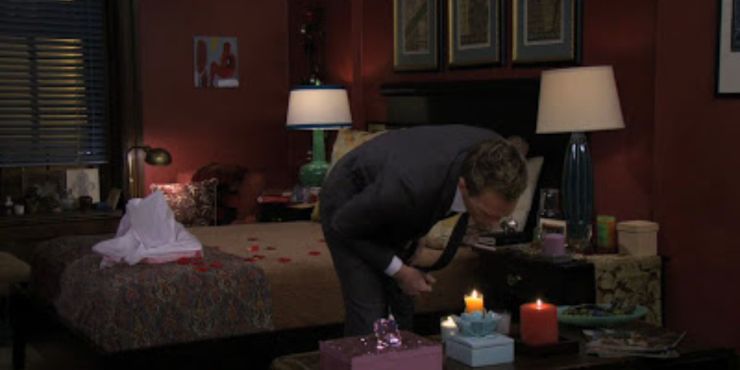 For fans of Barney and Robin, ‘Tick Tick Tick’ is probably the most painful to watch, except for the series finale. For all the wrong Barney does, his character is so great that he garners a huge amount of sympathy at the end of this episode.
After cheating on Nora with Robin, who likewise cheated on Kevin, the two agreed to get back together and leave their partners. Barney did as such and waited in MacLarens, only for Robin to give him the most painful head shake in history. Barney’s longest second was painful, and the follow-up likewise as we see him clean up Robin’s room of all the romantic things he set up there. 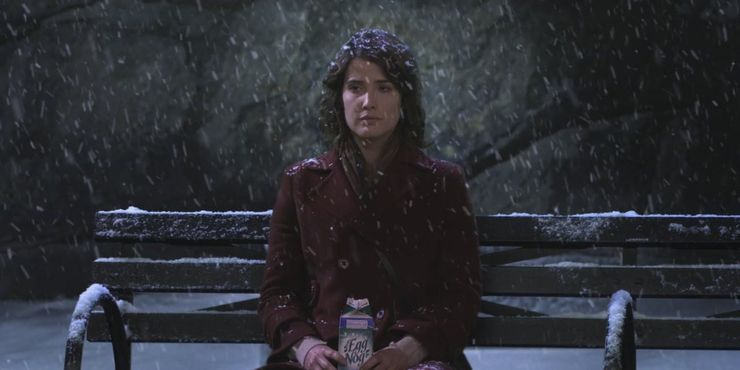 For most of How I Met Your Mother, Robin is fiercely independent and empowering, wanting to focus on herself and her career, with not much interest in kids and a husband.
However, the options for a change of heart were always there; she did marry Barney after falling in love, after all. However, in ‘Symphony Of Illumination,’ it is revealed to Robin and the audience that Robin is medically unable to carry a child, taking the option away. Seeing her process this information is Robin at her most vulnerable, and it is difficult to watch, especially with the image of her kids fading away. 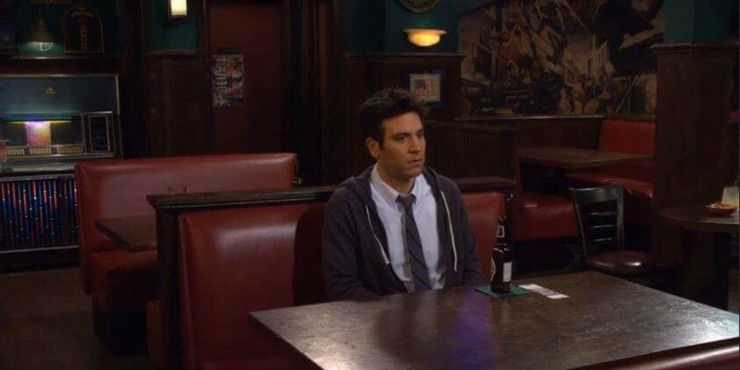 Speaking of fading away, that is exactly what future versions of Ted and Barney did in ‘Time Travelers,’ an episode layered with emotion revolving around Ted.
The episode reveals that Ted is alone with a single Robots vs. Wrestlers ticket while everyone else is busy with more important things. It is a sad reveal to see Ted so isolated and stagnant. What makes the episode even sadder is when he visits the mother, and hindsight points to this moment foreshadowing her eventual death. 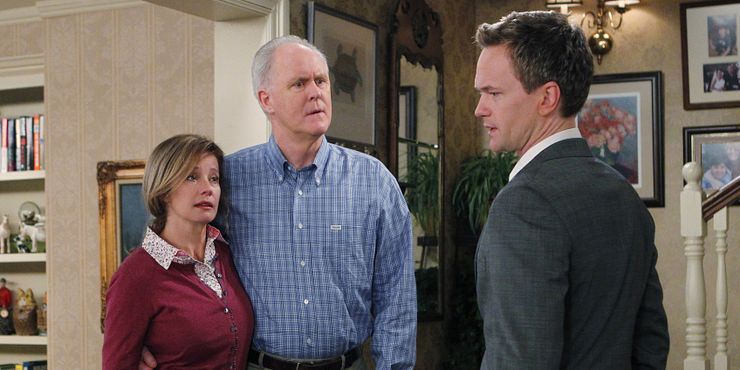 Part of what makes Barney such a great character is the fact that audiences understand a lot of his issues, with his childhood being a hard one to deal with and being the source of so many of his insecurities.
One of the many issues with his childhood was his father’s absence, who eventually pops up again but disappoints Barney. In ‘Legendaddy,’ Barney takes a big step in meeting his father’s family, getting a glimpse at the domestic, healthy life he could have had. His breakdown when trying to pull off the basketball hoop is a standout Barney moment that is all emotion.

‘How Your Mother Met Me’ 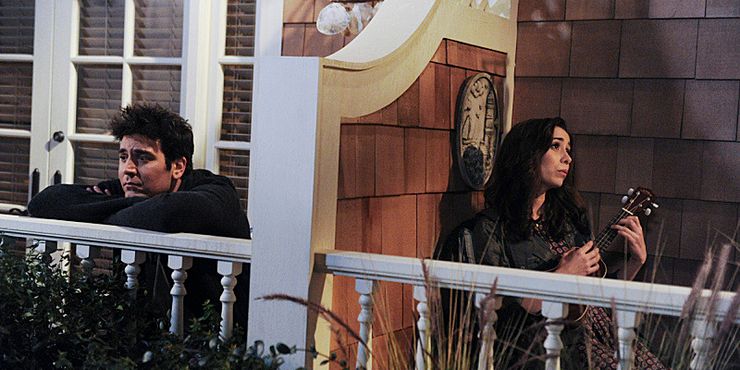 One of the series’ very best episodes flips around the show’s entire premise and shows the condensed story of how Tracy, the mother, met Ted. It also happens to be one of the show’s most emotional.
Fans get to see Tracy suffer through her partner’s death, and then when her new boyfriend proposes, fans see a beautiful moment where she talks to her departed Max, seeking guidance. After rejecting her new boyfriend, Tracy goes to the Farhampton Inn, and in the balcony beside Ted recites a beautiful “La Vie En Rose,” the episode adds a lot of depth to Tracy’s character, as well as bringing tears to the audience’s eyes. 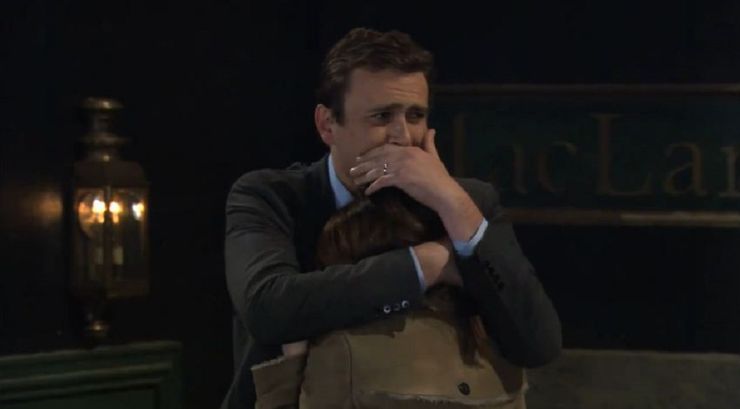 The quintessential sad How I Met Your Mother moment comes in ‘Bad News,’ with a mysterious episode-long countdown ending in just an emotional gut punch for fans and characters alike.
In the ending scene, a teary-eyed Lily reveals Marshall’s dad has died. The episode as a whole is not massively sad; the plotline of Lily possibly not being able to get pregnant is a bit worrying, but that moment between Marshall and Lily at the end of the episode is enough to earn its place here. 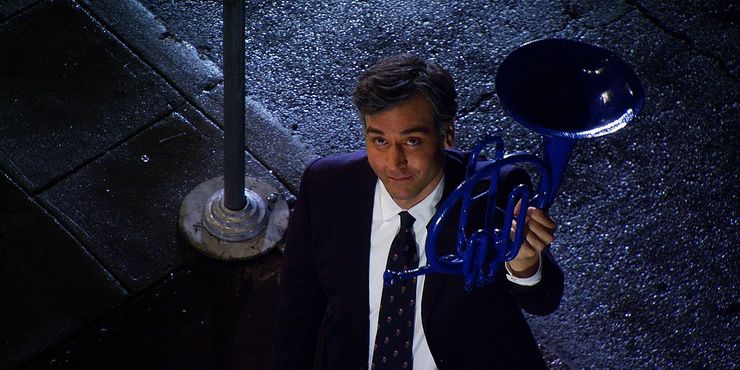 When talking about entire episodes, there is no doubt that, despite its divisiveness and overall controversy, the series finale is the saddest episode of How I Met Your Mother.
Straight off the bat, it is the end of a beloved show that amassed an adoring fanbase, automatically giving it a built-in level of sadness. However, the content within the episode does little to ease the heartbreak. Barney and Robin break up for good, the gang get old and drift, specifically Robin, who just is not a regular part of the gang, and then, of course, there is the death of the show’s titular character, the mother, Tracy. It all adds up to make ‘Last Forever’ How I Met Your Mother’s saddest.