The many (many) breakups of How I Met Your Mother are well-known for frustrating fans, a lot of the time. Robin’s final breakup (and divorce) from Barney is particularly controversial (as is Ted reuniting with Robin, of course), but it’s not the only one that annoyed viewers. However, for every breakup that fans hated, there was one that just made sense.
Whether it was a relationship that fans were rooting to see fail, or one that broke hearts but was clearly logical, these break ups happened for good reason (and often after tough decisions). 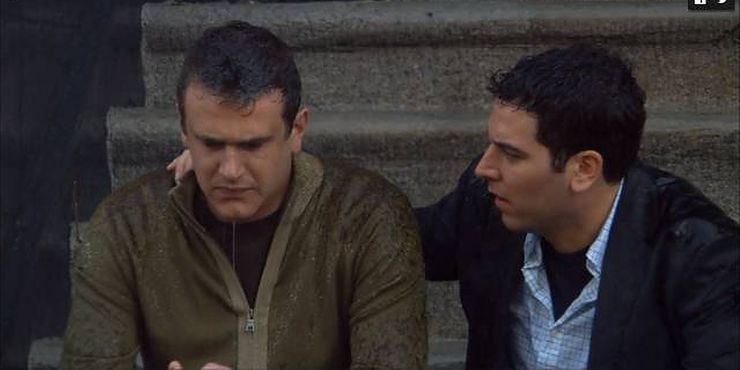 Lily and Marshall start the series already in a long-distance relationship, and newly engaged – but fairly soon, they break up, as Lily leaves Marshall to move to San Francisco (temporarily) and attend an art program. This may seem like a selfish reason to end things, but it actually made sense for them. Lily was questioning her path in life, and needed to do something to try and follow her dreams. Had she not done this, it would have likely led to a very unhappy marriage, but because she does, she realizes what she really wants, and is able to build an incredible relationship when she returns.

Robin & Kevin Broke Up Over Not Wanting Kids 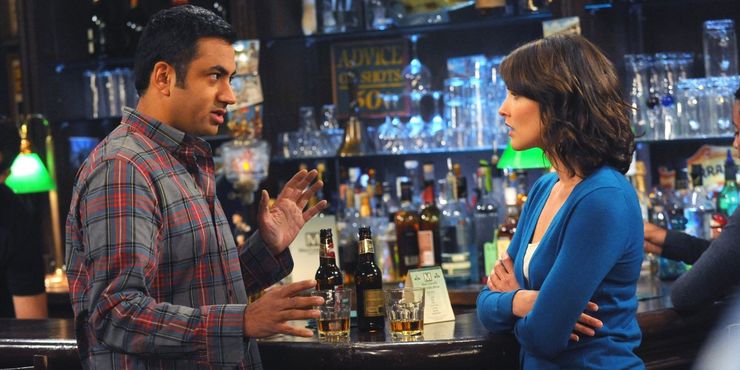 Robin and Kevin seemed like a great relationship (despite the strangeness of meeting as therapist and patient), and he even proposed to Robin. However, he then revealed that he wanted kids, and although he knew that she was incapable of becoming pregnant herself, wanted to find a way to adopt or find a surrogate. Robin, however, didn’t want to have children – whether she was the one pregnant or not. Wanting very different futures (and when it comes to such a key issue), it made sense that things had to end.

Ted & Zoey Broke Up Because She Couldn’t Support His Career

Ted and Zoey had a tumultuous relationship, going from enemies to friends to romance… and then back to enemies again. At the end of the day, Zoey liked to throw herself into various activist causes, and when one put her up against Ted, she couldn’t accept it.
They constantly battled, and Zoey chose her cause over his career. Had Ted given in to stay with her, he would have been resentful over the impact on his work for the rest of his life.

Barney & Nora Broke Up Because He Cheated 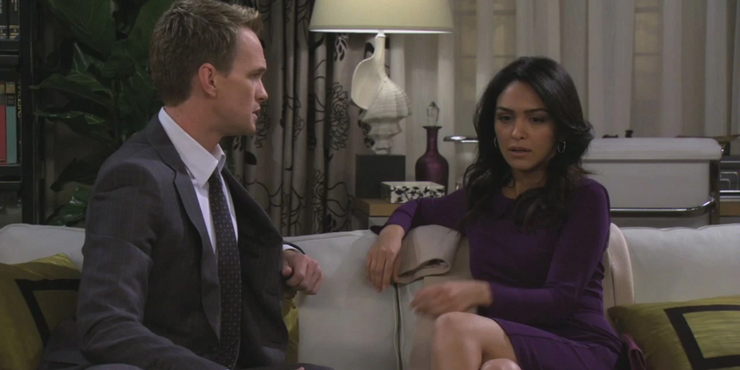 Barney and Nora seemed to have a good thing going, and he was on track to meet her parents… and then he slept with Robin. He did do the right thing in deciding to come clean and end things (especially as he had feelings for Robin, too), and while cheating wasn’t appropriate, it makes sense as a reason to break up. They weren’t the only pair to end over infidelity, either. Ted and Victoria, Ted and Karen, and many other relationships also ended on the show because of cheating.

Don Broke Up With Robin For His Career 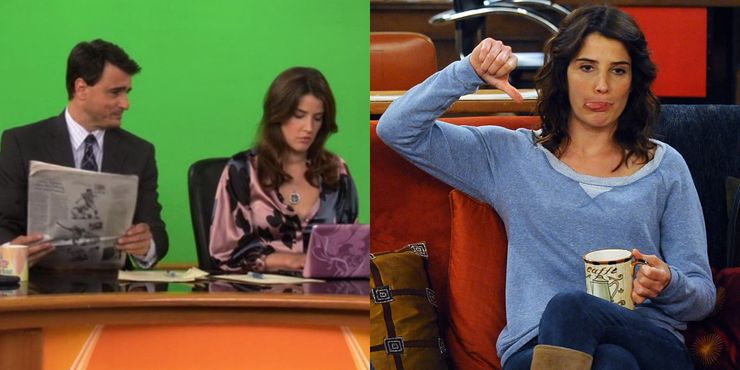 Fans (and Robin) were heartbroken when Don ended things with Robin to take a news anchor job in Chicago – not least because Robin was offered the job first, and turned it down to stay with Don! However upsetting it was, though, it was a reasonable move. As he points out when breaking the news to Robin, this is the chance of a lifetime for him, and as someone who thought his career was over, turning down the opportunity for a relatively new relationship just wasn’t worth the risk.

Robin Broke Up With Gael Because He Was A Holiday Fling 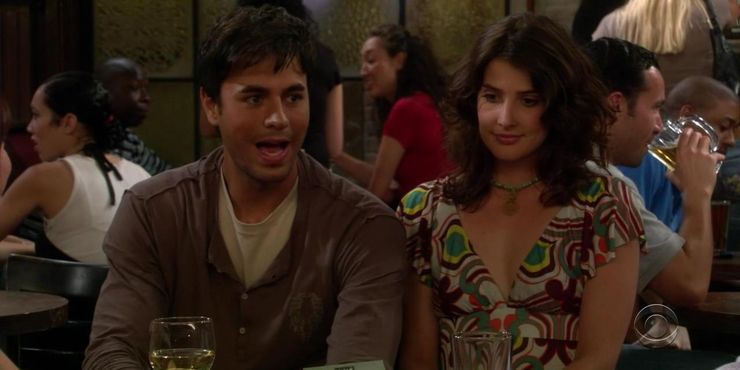 After Robin went to Argentina to mend her broken heart, she returned with a new boyfriend: Gael. At first, he seemed incredible and romantic, but she soon realized that the way he lived only made sense in Argentina – not as part of her real life in New York. Drum circles, late night guests, slow living, mess… it was all romantic on vacation, and upsetting back home. Ending things because their lives simply didn’t fit in the long term makes perfect sense (even if Robin took the method of the breakup a little far…)

Ted Broke Up With Jeanette Because She Was Destructive 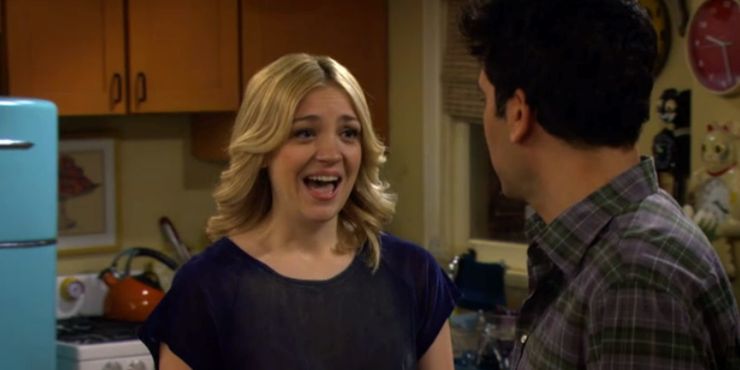 Ted often breaks up with women for ridiculous reasons, but this one made perfect sense. Fans actually wondered why on earth it took him so long to end things, although the narrative Ted does explain that he loved the drama of it all at the time, and founded Jeanette exciting.
This is despite her actively stalking him, setting fires to get his attention, and getting into screaming fights, as well as trashing his apartment, burning his things, and throwing his stuff out the window. Ted should really have left the moment he learned how inappropriate her behavior was to begin with.

Naomi Broke Up With Ted Because There Was No Chemistry 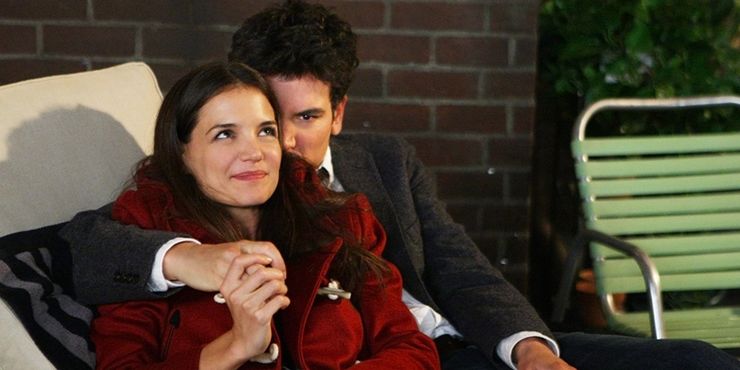 Quinn & Barney Broke Up Because They Didn’t Trust Each Other 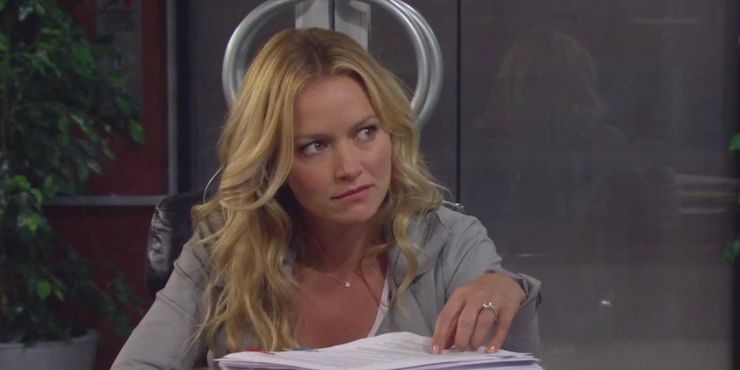 For a long time, it seemed as though Quinn and Barney were a perfect match, and they were even engaged. However, when the topic of a pre-nup came up, things got out of hand. The two battled over the details of it for far too long, eventually realizing that the need for a pre-nup four feet tall was a sign that they didn’t trust each other, and that a marriage without trust couldn’t work. It was heartbreaking, but they were right. A lack of real trust was always going to be an issue.

Stella Left Ted Because She Was In Love With Someone Else 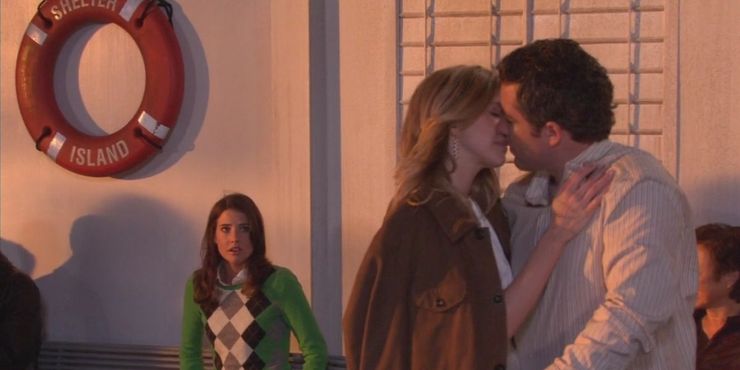 Stella was one of Ted’s most serious relationships, but she ended up leaving him at the altar. It was a devastating moment for Ted, for obvious reasons, but being in love with someone else (especially the father of her child) is an unassailable reason not to get married. Of course, she should have dealt with this very differently, and ended things long before they got to a wedding day, but even if the execution was flawed, the reasoning was solid.