The show does a great job at breaking hearts through the likes of Marshall’s dad’s death, but it also is capable of inducing happy tears. 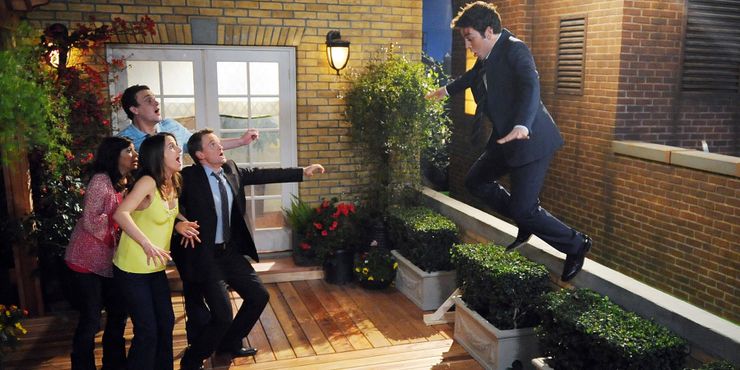 “The Leap” refers to a jump from Marshall, Ted, & Lily’s apartment roof to that across the way, a jump Marshall had planned on doing for a long time. The leap meant a lot to the characters.
As older Ted states in his narration, he went through a lot in that past year and overcame it all, just like Marshall, and the rest of the gang overcame their own issues and made the leap. It is such a hopeful, optimistic ending to the episode, with the gang all sharing a loving embrace, making fans excited for what was to come next in their lives. 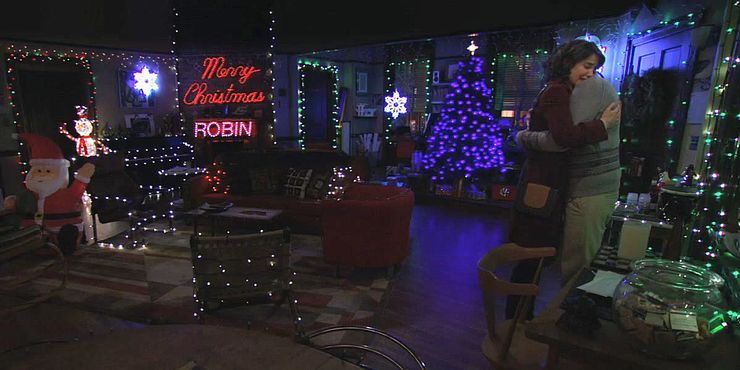 Ted’s obsession with Robin is so often unhealthy and provides many moments that annoy fans and make them dislike Ted even more. This, though, was touching.
The episode “Symphony of Illumination” heartbreakingly reveals that Robin cannot have children, which she does not tell anyone. Ted becomes determined to cheer her up to her annoyance, but in the end, he tells her he does not want to know; he just wants to make her happy and creates Christmas in their apartment for her. It is a beautiful moment. 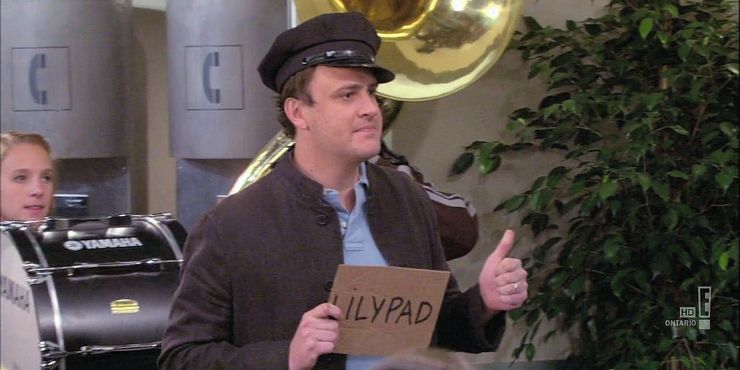 Marshall and Lily have such a beautiful relationship. Still, like any relationship, it is susceptible to, they are not always able to keep up all the cutesy nor the white-hot level of romance they did.
This comes to a head in “Three Days of Snow,” where Marshall and Lily realize they have slacked on the things that have made their relationship, such as telling each other what they ate that day or meeting at the airport. After her plane was delayed, Marshall decided to surprise Lily with a marching band to make up for missing the turn of the new year and telling her everything he ate that day. It is an incredibly touching moment for the couple who consistently deliver on relationship goals. 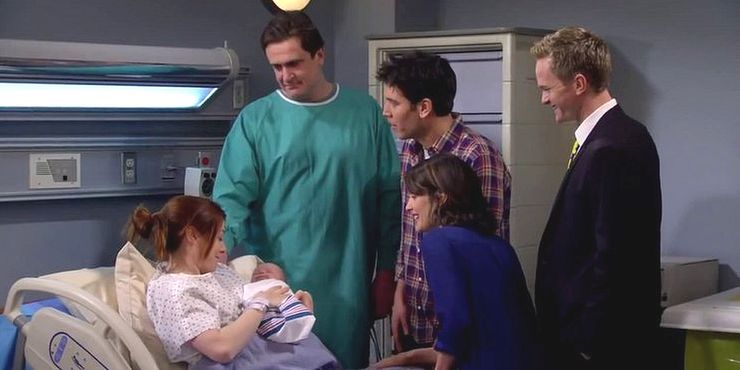 Sticking with the couple, it was obvious from moment one that Marshall and Lily would have children on How I Met Your Mother. After a road full of twists and turns, it finally happened in “The Magician’s Code – Part 1.”
The birth of the gang’s first child would likely be enough to earn it a place here. But the fact that not only did the baby get given the middle name waitforit, but as Marshall says, the baby was named Marvin after his recently passed father.

Barney’s Moment Of Acceptance With His Mother 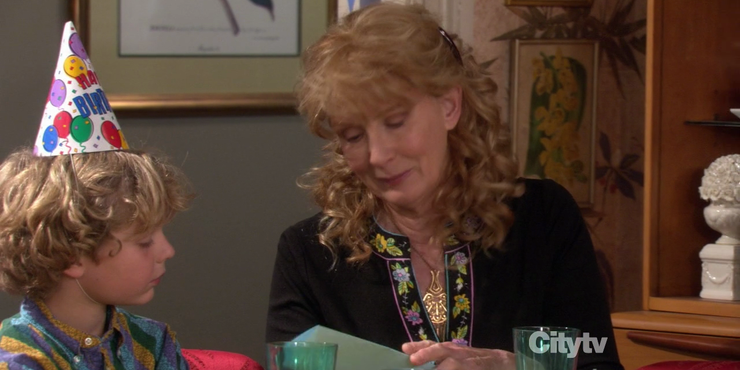 Barney’s childhood is the cause of so many of the issues he has as an adult, and so often, it is easy to blame Loretta for that, given how she was when Barney and James were children.
However, in the same episode where James meets his birth father, it comes to light that Loretta did not lie to Barney to avoid difficult conversations. Some lies she told to protect her son, doing so as a single mother nonetheless. When Barney realizes this, and Loretta tries to give him his father’s address, Barney says he does not need it because Loretta is not only his mother but his father. It is a really great moment of vulnerability from Barney and another example of how much he truly cares about those close to him, whether they always appreciate it or not. 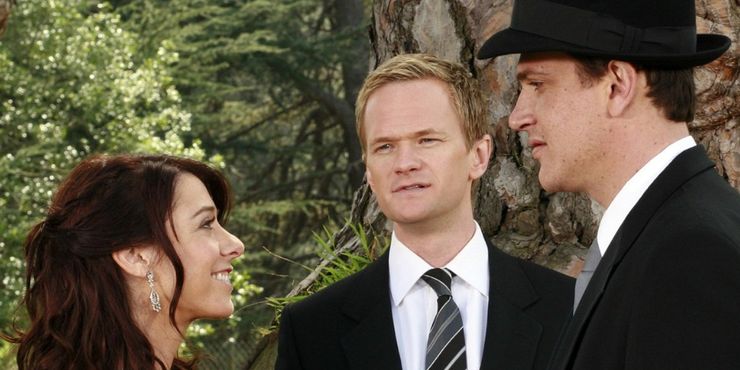 Everything went wrong at Marshall and Lily’s wedding, from Scooter’s appearance to Marshall’s hair catastrophe. In the end, though, it was all these mishaps that made their wedding so perfect.
Outside the venue with only the gang, the real family, Marshall, and Lily officially got married in a small, beautiful ceremony before going inside to the chaos and getting married in front of relatives and friends. Watching the two finally get married in such a personal way was just lovely. 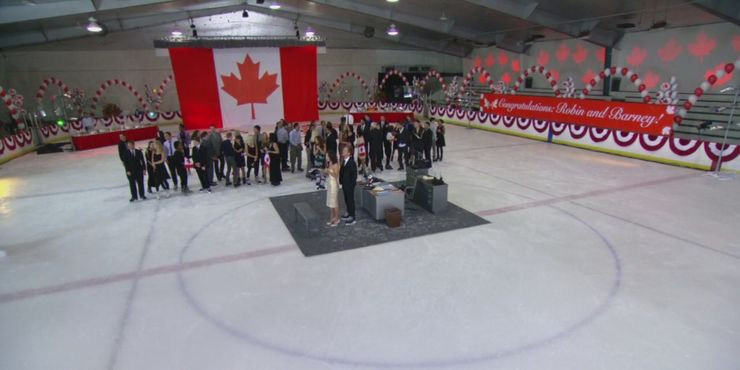 Speaking of weddings going wrong, that is fully what Robin and everyone else expected of her wedding with Barney, but despite some roadblocks, it really was perfect. The biggest worry came regarding the rehearsal dinner.
Barney made it seem as though he was expecting a laser tag rehearsal dinner; it was all a big ruse, though, as, in reality, Barney planned Robin’s perfect rehearsal dinner in an ice-skating rink, bringing Canada to her since she could not go to Canada. The reveal was excellent, Robin’s reaction was great, and overall it just made audiences so happy for the pair. 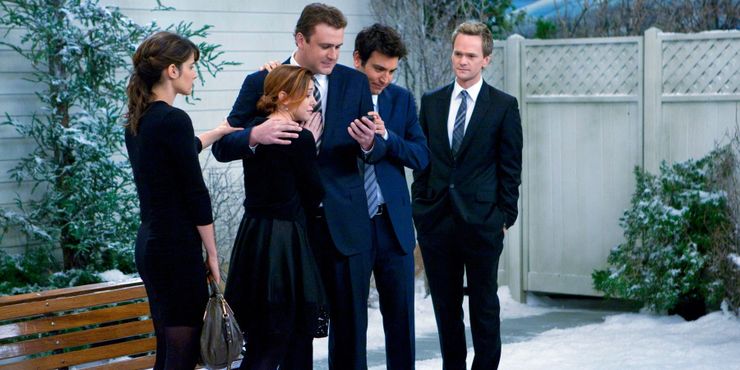 The aforementioned death of Marshall’s father Marvin was such an emotional gut-punch to fans, hitting like a freight train and standing still as the show’s saddest moment across all nine seasons.
The funeral was not exactly a joyful occasion, and it was awful to watch people suffer in different ways, with Marshall struggling with his father’s last words to him, which were meaningless compared to everyone else’s. In a moment that goes from heartbreaking to heartwarming, Marshall listens to a voicemail from his father, which, after a long wait, ends with an I love you. 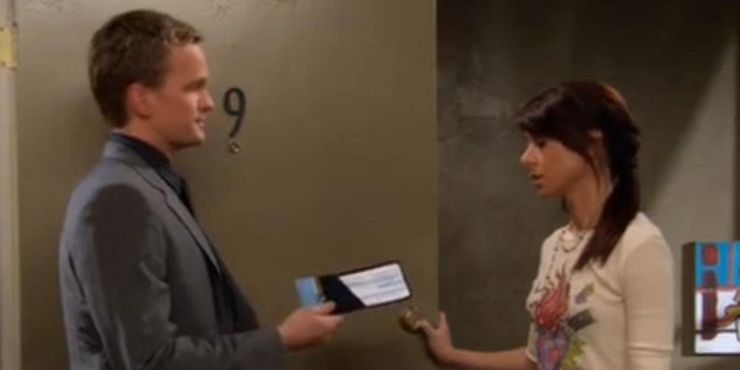 Barney may be a terrible person at times, but he is so necessarily piled on by the group of people he loves the most that, at times, it gets pretty annoying. One prime example of this came when Marshall told him he should not be invited to the wedding because he does not want Marshall and Lily to get married.
Lily then tells Marshall something Barney told her not to tell anyone; he had flown to San Fransisco to give Lily a plane ticket home because she and Marshall belonged together. This was one of the earliest examples of Barney showing how much he truly, unequivocally loved his friends. He makes many mistakes and is not a good person sometimes, but when it comes to his friends, he would die for them, which is a crucial aspect of his growth over the years. 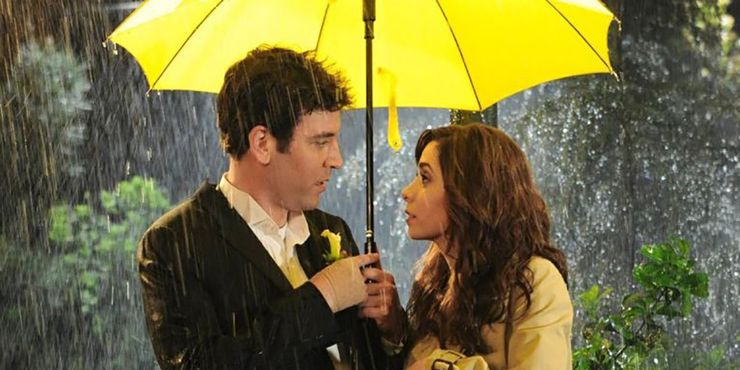 The entirety of How I Met Your Mother’s central and titular storyline culminates under the iconic yellow umbrella at Farhampton train station when Ted finally meets Tracy.
The moment is so satisfying. Seeing the banter and chemistry between the two, after watching every step on the long, long road, is incredible. Of course, the finale takes away from this moment a lot, but it is still incredibly heartwarming to see Ted and the mother meet at long last.