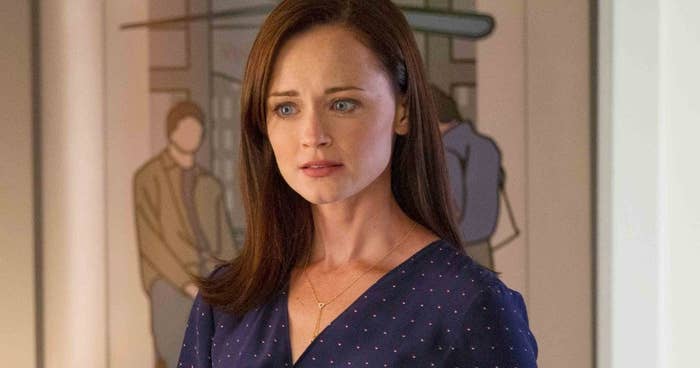 In the first three seasons, Rory is sweet, kind, learns from her mistakes and is an all round lovely character. She was also such a role model for me, showing that you could still be cool while loving books and wanting to do well at school.
Then Rory goes to college and loses her damn mind. She becomes insanely arrogant and treats people quite horribly sometimes. Plus, she makes some really weird choices (especially over boys) and never learns from anything she does. Don’t even get me started on her character in the revival — I’m pretty sure she got replaced with an alien in disguise.

2. Ted Mosby from How I Met Your Mother 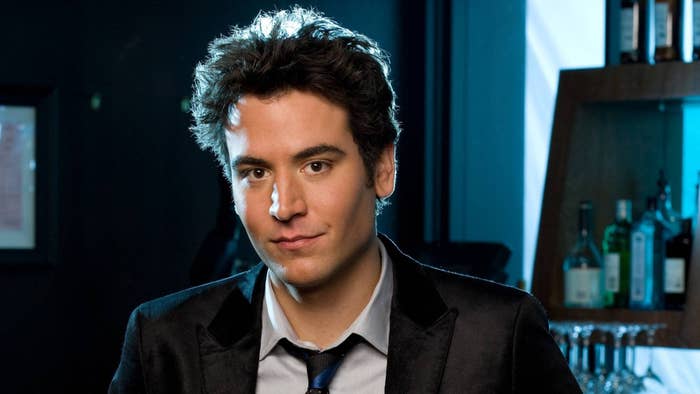 In the beginning, Ted was a hopeless romantic and sort of adorkable guy who just wanted to find his dream girl and live happily ever after. But his character became so annoying and self-righteous through the seasons. He dated countless women, but would judge Barney about sleeping around.
Ted was picky and shallow and he would play the victim when he screwed up a relationship. He went in circles from being in a serious relationship, breaking up, hooking up with random girls and then back to wanting true love again. It became exhausting after nine years, especially when it all led up to that terrible finale. 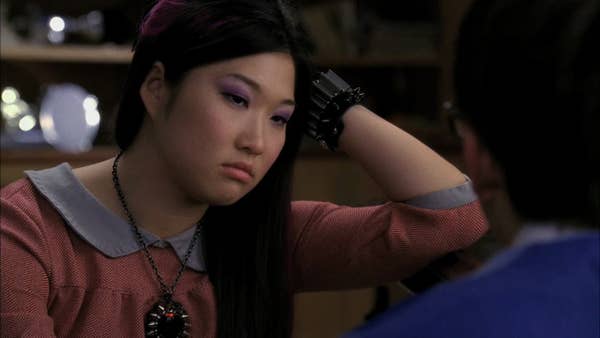 4. Randall Pearson from This Is Us 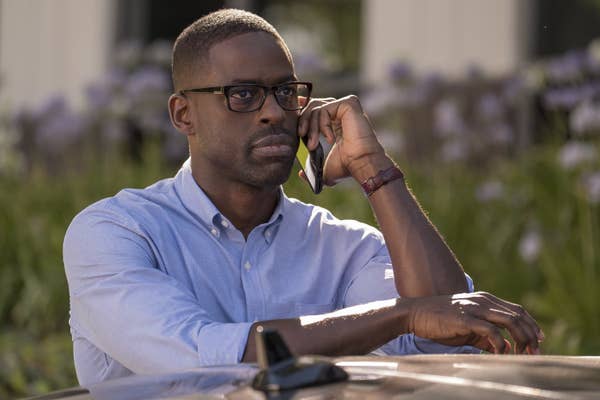 Randall started out as my favourite character, but by Season 5 I hated him. He became so self-righteous and wanted everything his way, even if it meant sacrificing his relationship with his siblings. 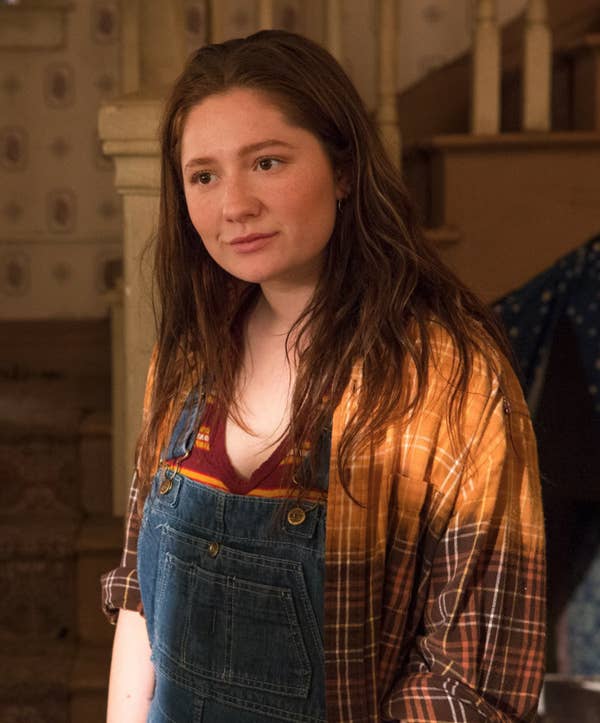 They turned Debbie’s character into such a twat on Shameless. 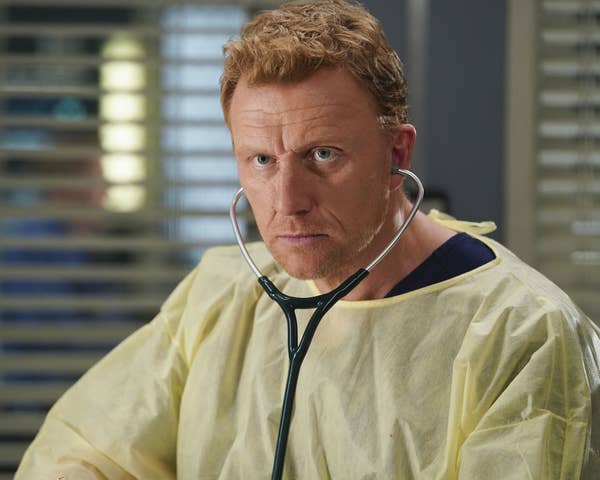 When Owen first entered Grey’s Anatomy, he was respectable and self-assured. Plus, he seemed like a fitting partner for Cristina because he was super supportive towards her career and could keep up with her independent nature. But, his character drastically changed over time. The two events that made me lose respect for Owen were when he screamed at Cristina for having had an abortion in front of her friends and when he cheated on her. In my book, these are two really unforgivable things to do. Although, it seems as if the tables are turning against him because in the most recent season we see that he was now cheated on. Sucks, but karma’s a bitch! 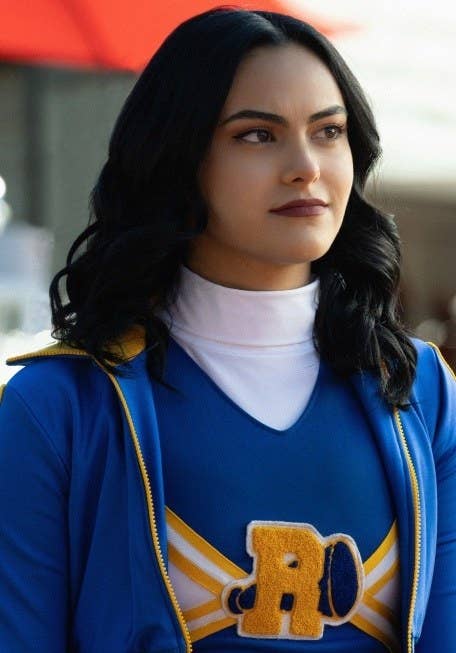 As someone that still watches Riverdale (seriously, don’t ask me why — I’ve started it, so I must continue with it), Veronica is definitely someone that started with so much promise, but has become increasingly more annoying in the later seasons. When she’s not mentioning her father — Hiram Lodge, in case you didn’t know — in every sentence, she’s running a billion side hustles. Now, don’t get me wrong, I love the fact that Veronica is a power-hungry female icon — but it just feels so unrealistic to have a high school teenager doing all of this while playing detective and getting good grades. Also, I’m still not over that RIDICULOUS Varchie shower sex scene. 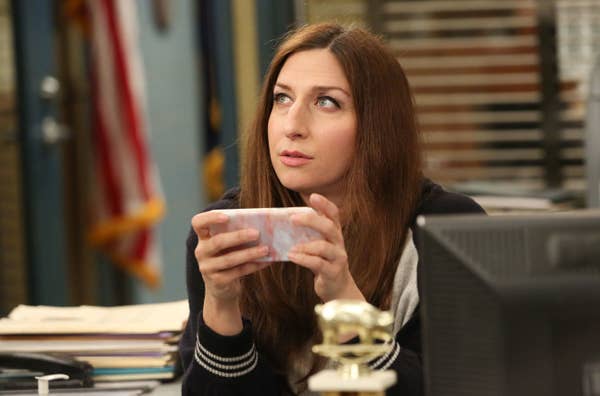 When I started watching Brooklyn Nine-Nine a good five years ago, I thought Gina was hilarious. But, as the show went on and the other characters grew, it was striking how little she changed to the degree that she was no longer funny, but just rude. Plus, I found similarities between her and the kinds of people who bullied me in school. I know she’d make me feel terrible if she were a real person.

9. Andy Bernard from The Office 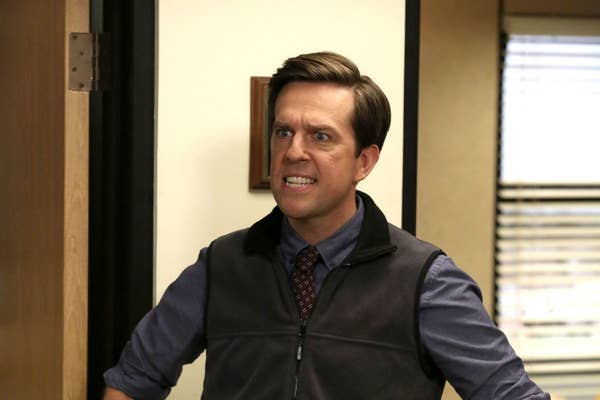 I genuinely thought Andy was funny when he was first introduced and I liked how he was always singing. He drove me crazy in the end and I’ll never forgive him for how he treated Erin.

10. Jon Snow and Daenerys Targaryen from Game Of Thrones 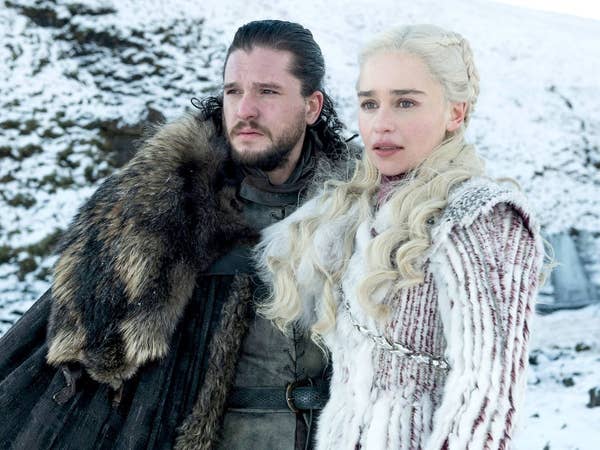 Jon and Daenerys had the most disappointing end to their character arc. They both had to go through so many terrible hurdles before they were recognised as the powerful leaders they were. What could have been a power couple ended in a rush with Daenerys becoming the mad queen and Jon becoming a spineless, broken tape recorder with just one line throughout the season.
I LOVED Jon for so much of GoT. He used to have integrity and strength in his beliefs and decision, but in the last two seasons he was basically reduced to an inactive, indecisive, whiny and frankly kind of dumb character.

11. Piper Chapman from Orange Is The New Black

I get why people were annoyed by Piper, but I GENUINELY LIKED her character. Her naiveté and perky, basic (and highly privileged) attitude was humorous, but also engaging and realistic. But, as fans (rightfully) protested the focus on Piper over the assortment of diverse and complex secondary characters, I think the writers sort of leaned into that dislike and just turned her into this one-dimensional, annoying and devious character, without any redeeming qualities. It’s a bummer because I think the show could have broadened its focus, while still keeping Piper an interesting, if flawed, character. 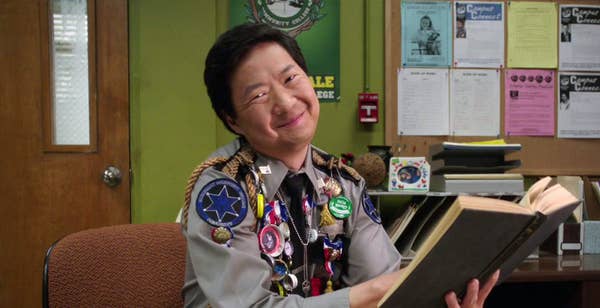 Chang started out as this weird, trying to be cool Spanish teacher, but then eventually turned into either an idiot who wanted to be part of the study group more than anything or an evil tyrant type. I preferred him badly teaching Spanish. 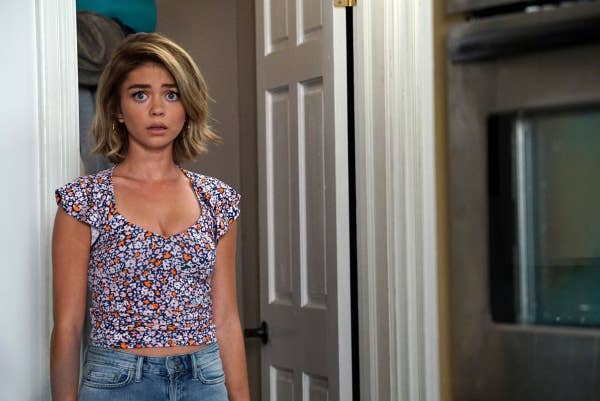 Hayley had a lot of development for most of the show and became a character that I quite enjoyed. But, the last season completely ruined her character. I will never forgive the writers for making her end up with Dylan. 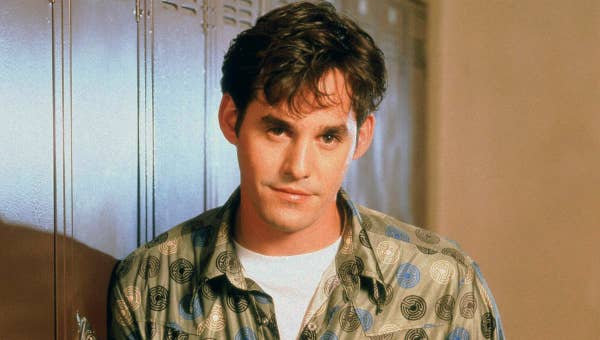 When I was growing up, I loved Xander. But, while rewatching Buffy recently, it was hard to understand why. He was great in the beginning, but eventually contributes nothing to the Scooby gang. All Xander did was bitch about (insert any Buffy love interest here) and spouted one liners that were supposed to make us forget that he was a garbage person who either just waits for Buffy to save him or goes full throttle into a situation with no plan. He also cheated on Cordelia and ditched Anya ON THEIR WEDDING DAY! He does get snaps for causing the musical episode though. 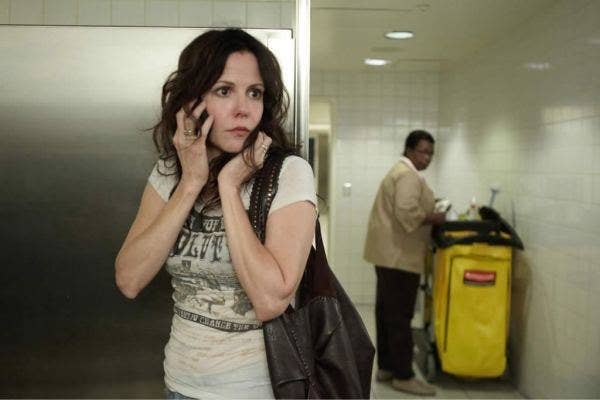 Nancy went from doing all she could to keep her family afloat, to making the most selfish and dangerous decisions for the thrill of it, leaving her family in tatters. It makes it so hard to root for Nancy or even watch the show. 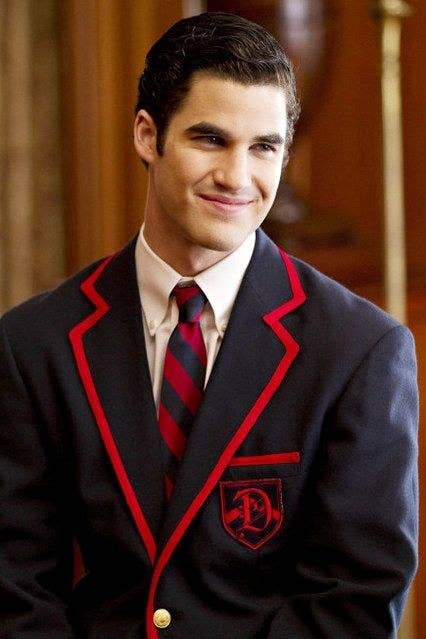 Blaine started out really kind and his relationship with Kurt was sweet, but then it all deteriorated. They turned him into a cheater who spends the latter half of the series obsessing over Kurt. That’s literally it. They used him for every song, but didn’t bother giving him a meaningful story other than “I must be with Kurt at all costs”, despite the fact they couldn’t stand each other! Also dating the love of your life’s high school bully is a weird flex.
Nothing his character did made any sense and the show never dealt with his erratic behaviour other than a brief therapy mention. 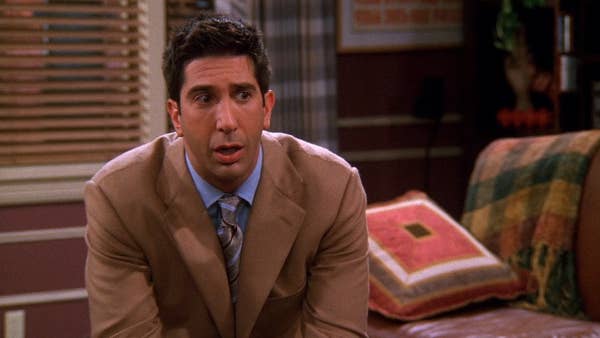 I love Friends, but Ross is my least favourite character. He was just so toxic with the whole “we were on a break” thing. He didn’t deserve Rachel.

18. Rafael Solano from Jane The Virgin 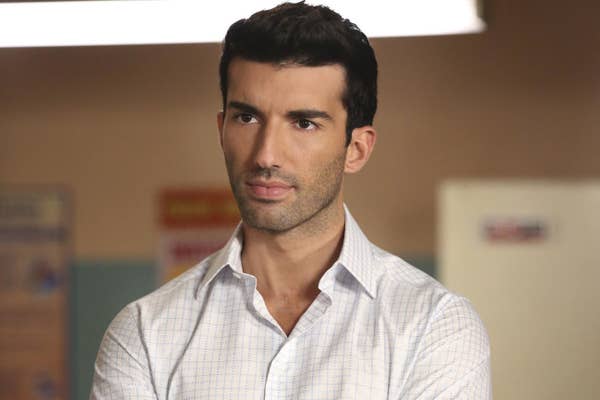 Tbh, I never had a strong attachment to Rafael, but by Season 4 I could see he had grown as a person and would make an acceptable match for Jane. All of that was screwed up in Season 5 when Michael returned from the dead. Rather than giving Jane the support she needed for such a stressful and absurd situation, Rafael became jealous and manipulative. It also became very clear how much he favoured his son with Jane over his daughters with Petra. A terrible parent and boyfriend.

19. Danny Castellano from The Mindy Project 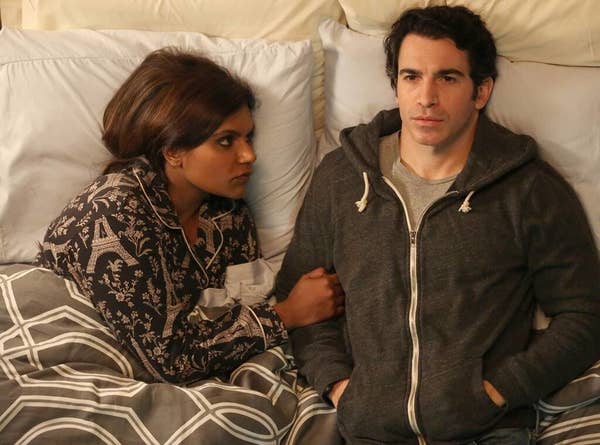 Danny was a great boyfriend at times, but his desire to control Mindy and even take her birth control to try get her pregnant was insane and so toxic. 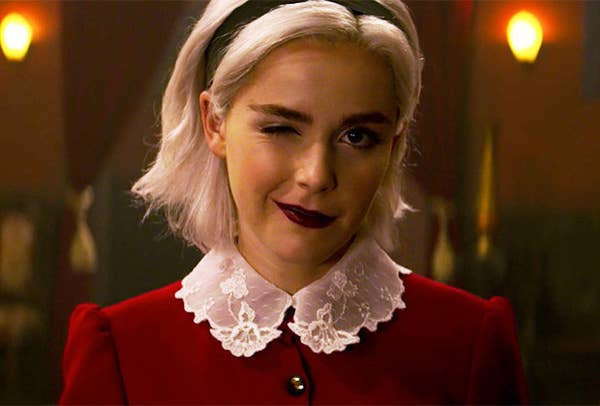 When I first started watching the new Sabrina, she seemed whip-smart, cunning and considerate. Then, as things progressed, it felt as though every other character grew and improved while she seemed to go from stupid decision to stupid decision. By the end, it was like she had to be spoon-fed by her friends and allies into a victory.