1. First, on This Is Us, when Beth received a postcard from William after he died. 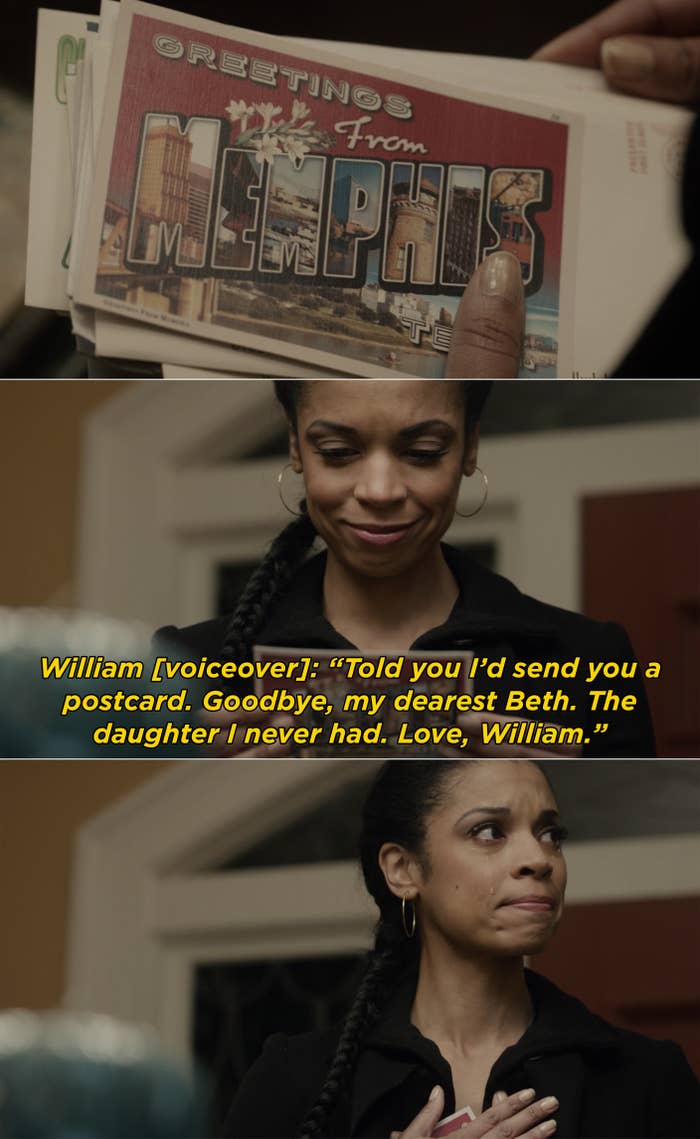 “She was super upset earlier because she thought he didn’t say goodbye to her, like he did everyone else, but he sent her a postcard. It was so touching to me because both Beth and Randall lost their fathers, and William was able to play that role for both of them. Everyone seems to forget how William had a huge impact on Beth, too.”

2. On How I Met Your Mother, when Marshall took Robin to a Canadian bar because she was homesick. 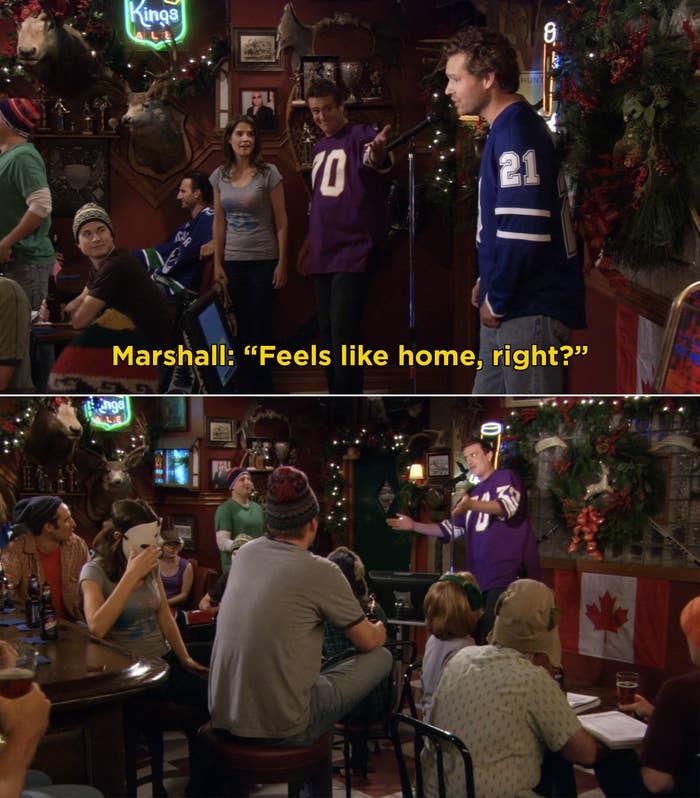 “I loved when Marshall found a Canadian bar for Robin and he sang ‘Let’s Go to the Mall’ at karaoke. It was so sweet.”

3. On Grey’s Anatomy, when Bailey taught Derek how to do Zola’s hair. 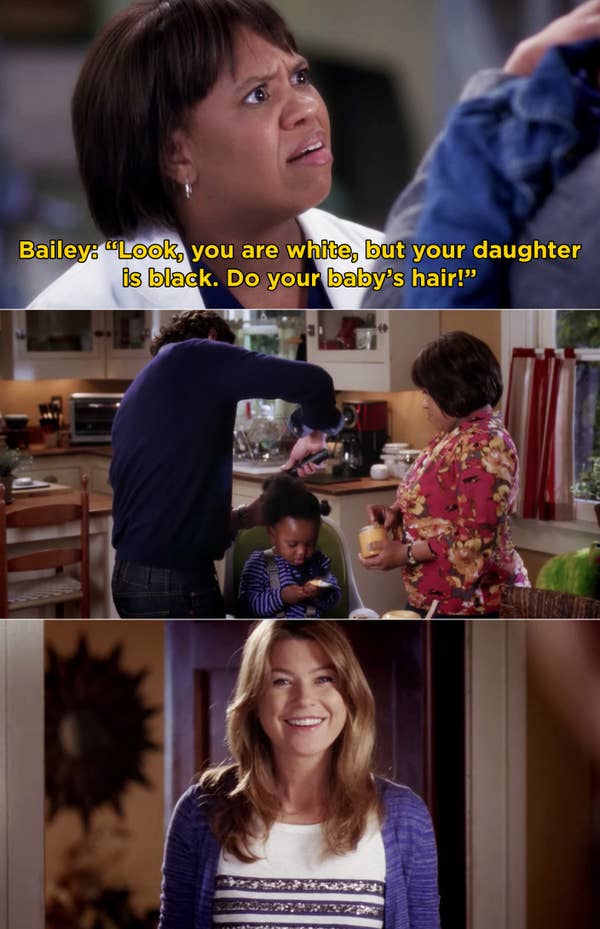 “This was such a small but important moment. I loved that Bailey not only told Derek that he needed to learn to do Zola’s hair, but then she taught him. Such an underrated moment.”

4. Also on Grey’s Anatomy, when Alex sang to Lily while she was getting a test done, and then she brought him to school after she was released.

“I think this is one of my favorite Alex Karev moments. He kept telling the camera crew that he didn’t do it for the kids, but his actions proved that he was just a sweet guy who actually cared. He even showed up in her class when she invited him.”

5. On Shameless, when Fiona wished that Monica had been a better mother to her. 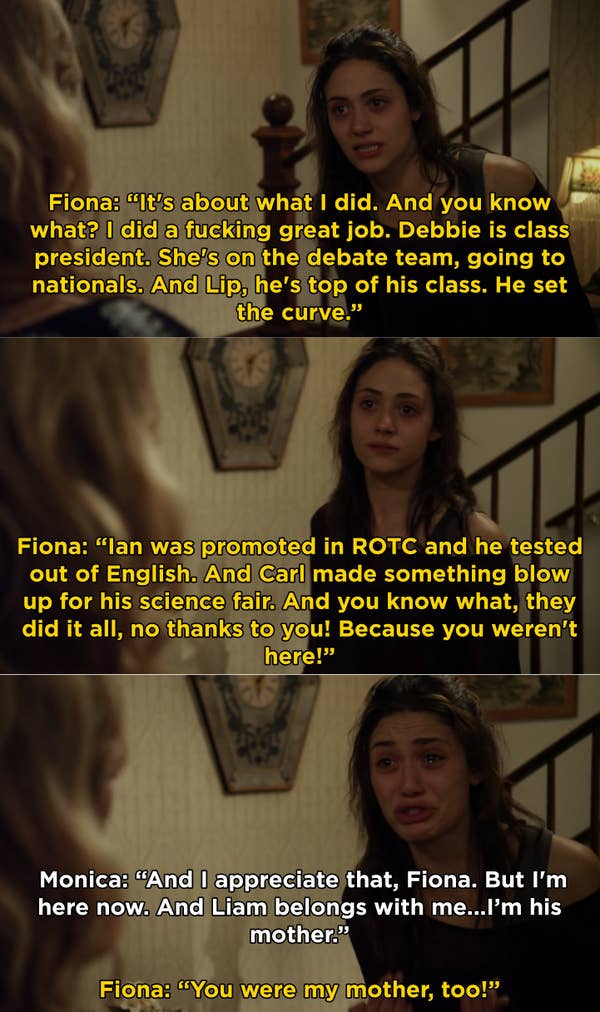 “When Fiona said, ‘You were my mother, too!’ it absolutely broke me. It gets me every single time I rewatch this episode.”

6. On The Suite Life on Deck, when London and Mr. Moseby said goodbye to each other.

“This was a super-emotional moment for a children’s comedy series. When Mr. Moseby promised London that she could call him and then, less than five seconds later, she called him.”

7. On The Originals, when Klaus told Camille that he would have found her no matter what. 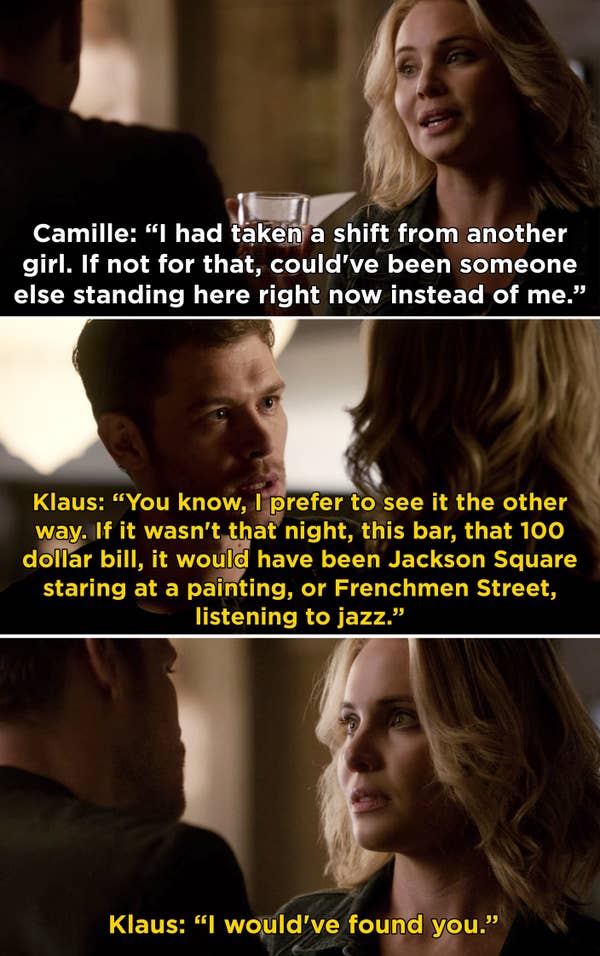 “I absolutely loved Klaus and Camille together, and I think their relationship doesn’t get enough love.”

8. On Brooklyn Nine-Nine, when Amy chased down a perp while wearing a wedding dress. 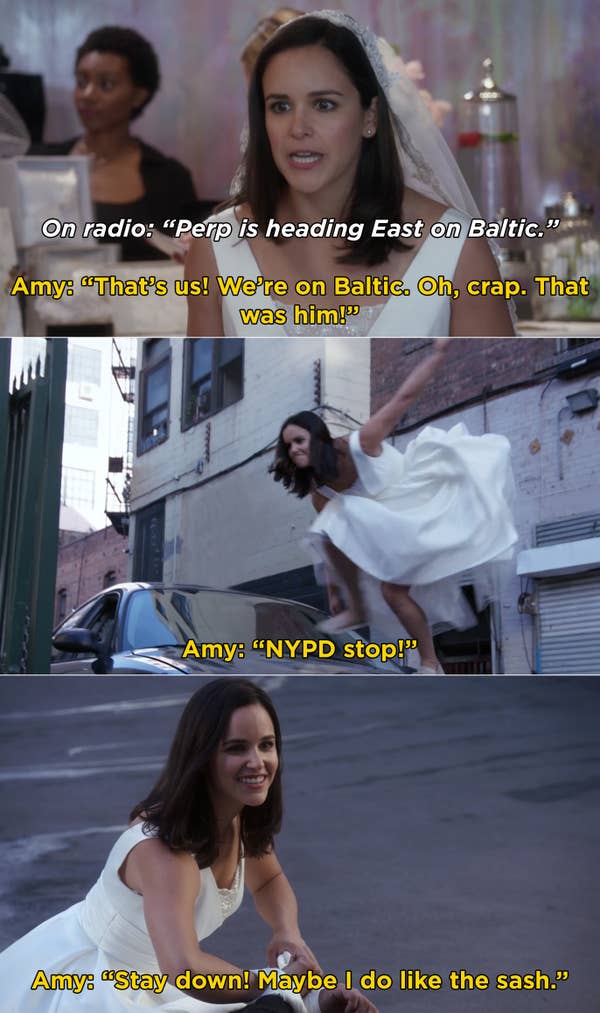 “This one is definitely not talked about enough, and I just watched it. The moment just showed how Amy is such a badass, and it’s just a really amazing and empowering moment.”

9. Also on Brooklyn Nine-Nine, when Jake learned why Kevin didn’t like cops, and then the squad put together a fancy dinner for Kevin and Holt. 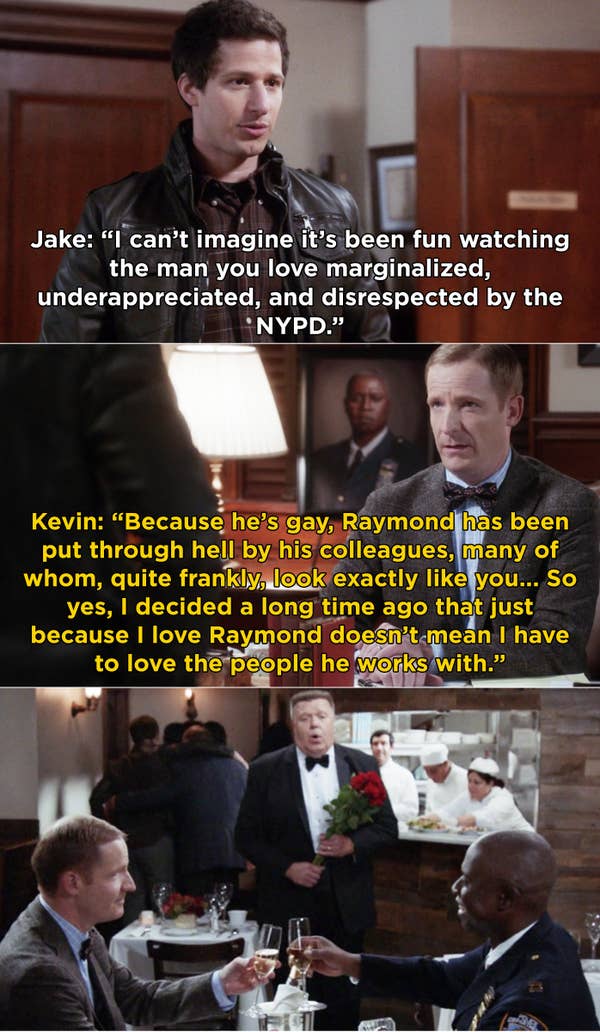 “I thought it was a really cute moment when the whole squad got together to make Kevin and Holt a fancy dinner and help them celebrate being a couple. It’s one of my favorite moments from the show.”

10. On Sex Education, when Eric performed at the school assembly and apologized because it was so bad. 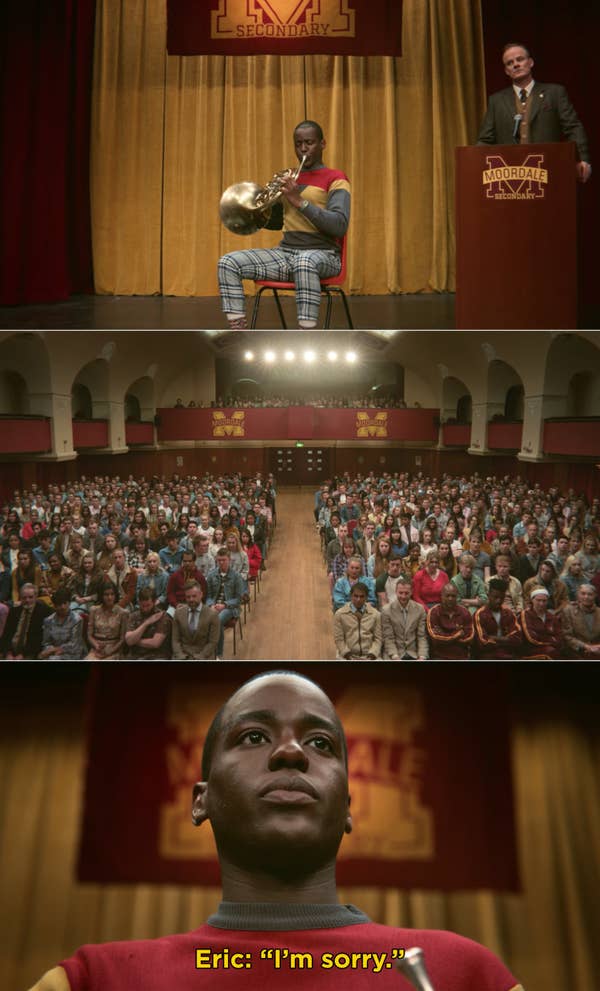 “I love the scene when Eric ended his performance at the assembly with just ‘I’m sorry.’ I was crying because I was laughing so hard.”

11. On Friends, when Rachel and Joey swapped their favorite books, and then when they both ruined the endings for each other. 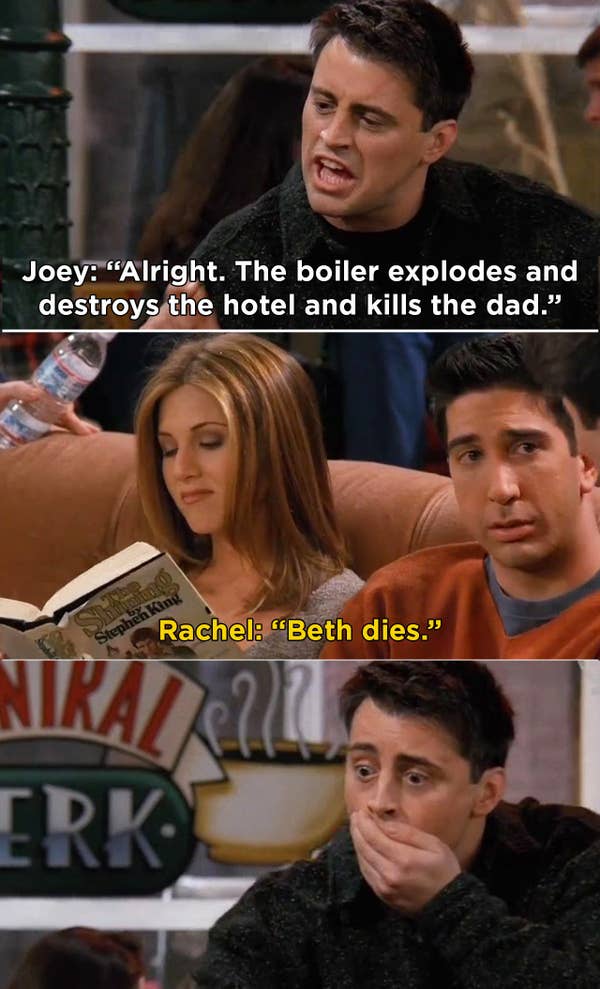 “This was great because Rachel and Joey are two characters you’d never expect to form a book club and share their favorite novels.”

12. On The West Wing, when Josh heartbreakingly relived his experience getting shot during a Yo-Yo Ma concert. 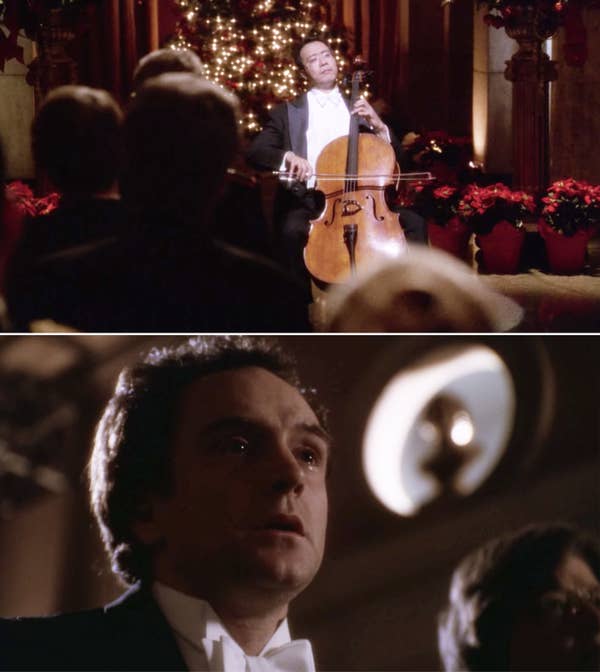 “It has one of the best uses of music I have ever seen on TV. Also, it allowed Bradley Whitford to show his acting talent in a show that used him heavily as comedic relief up until this point. Aaron Sorkin truly is a genius.”

13. On Derry Girls, when they showed the gang dancing with Orla during the talent show while their parents watched the horrific news about a bombing. 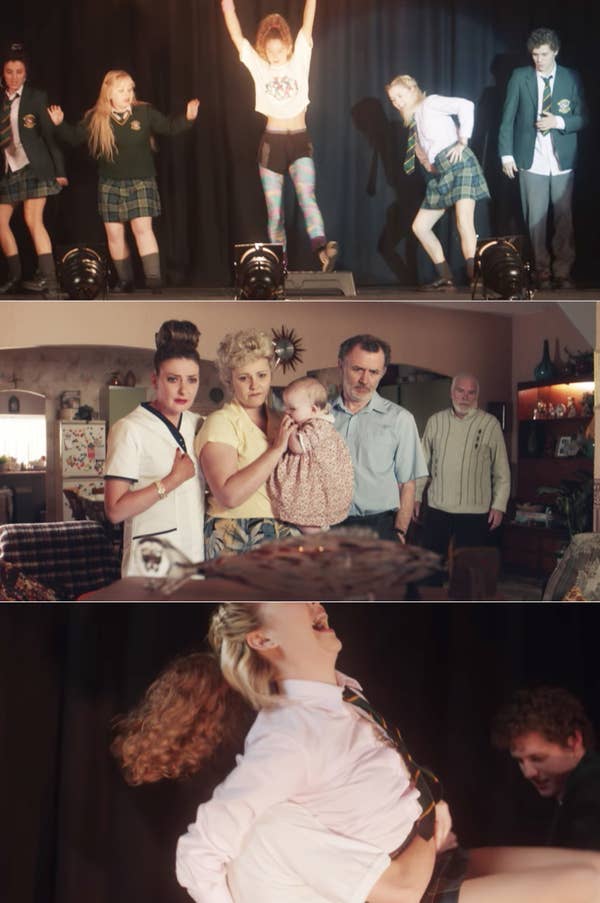 “The juxtaposition between the younger generation enjoying themselves on the stage at school and then the adults at home watching the terror unfold on the news was so brilliant and sad. The song ‘Dreams’ by the Cranberries really made that scene.”

14. Also on Derry Girls, when James came back and proclaimed that he was a Derry girl. 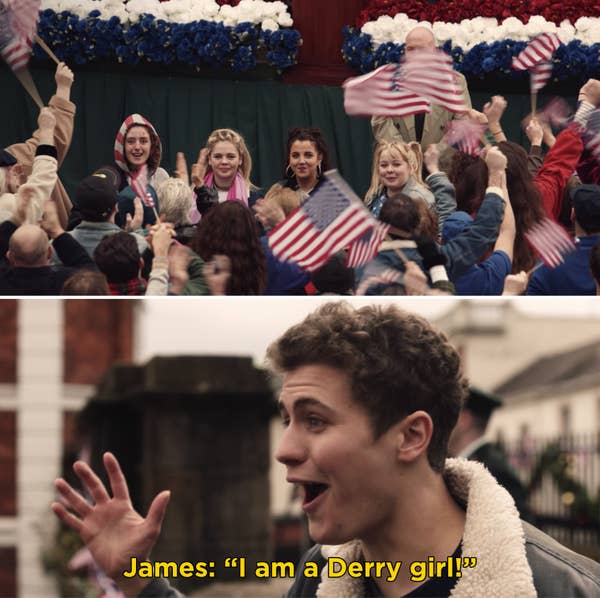 “James’ last-minute turn around in the Season 2 finale was one of the best moments of the entire show. It also showed how much everyone else grew as well. It moves me to tears every single time.”

15. On Scrubs, when Dr. Kelso retired and thanked Ted for everything. 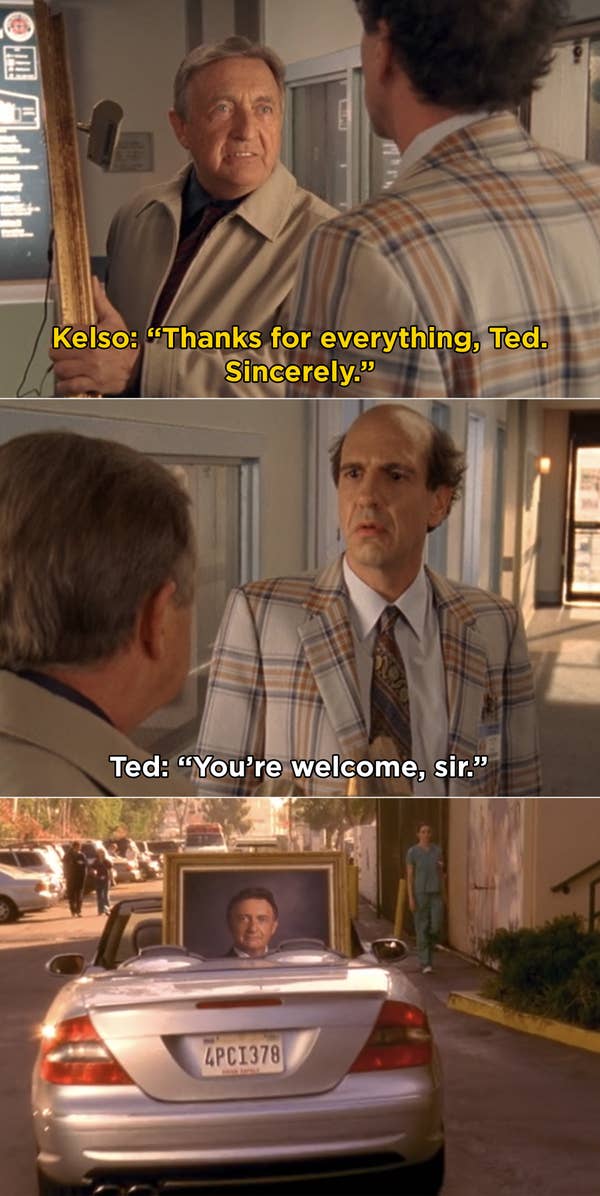 “Considering everything Kelso put Ted through, it was so heartwarming to see him let him know he appreciated everything he did for him.”

16. On Jane the Virgin, when Petra broke down to Jane after J.R. left her. 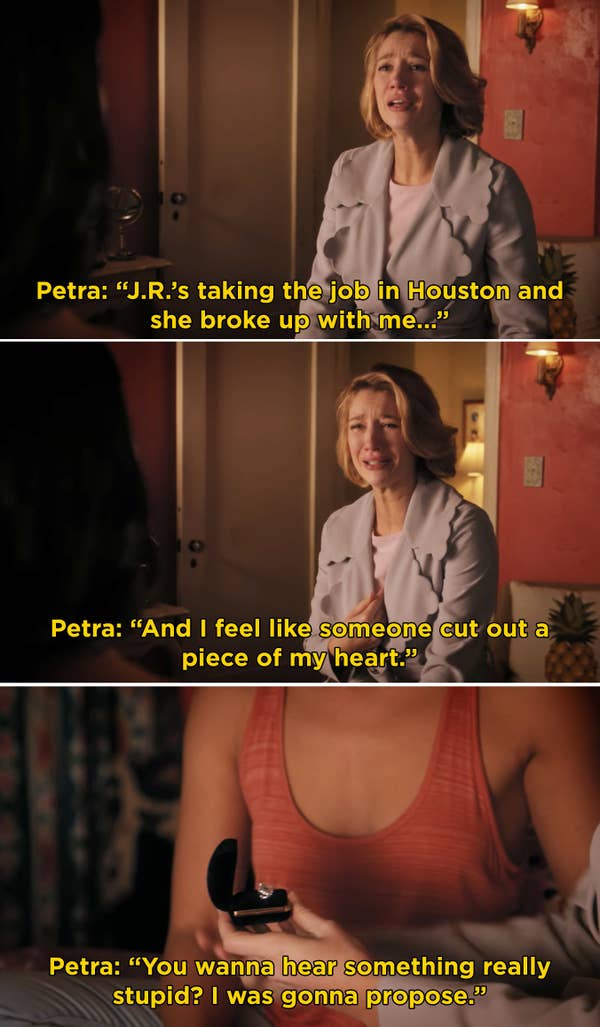 “This is just one scene that showed Petra’s amazing character transformation on Jane the Virgin. She started the series as an absolutely awful person, but as the show went on, I found myself thinking, Huh. I seem to be rooting for Petra. Sure, she made a lot of mistakes, but I really felt like she learned from them, and her character arc improved because of it.”

17. On Game of Thrones, when Missandei told Grey Worm that she wanted to return to Naath.

“It may not seem like your average romantic exchange, but there was so much love between them as they have what ended up being one of their last meaningful conversations.”

18. Also on Game of Thrones, when Sansa and Jon were reunited. 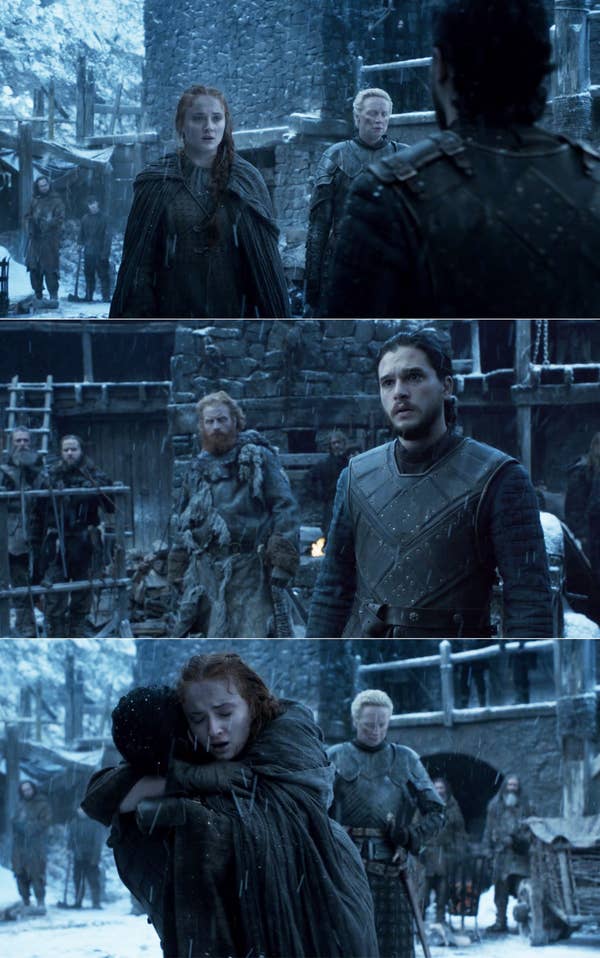 “When they were both just staring at each other and then Sansa ran and jumped into his arms and he held her. The emotional music and the scene was everything, and I’d love to see it celebrated more.”

19. On The Americans, when Elizabeth and Philip were fleeing to Russia and they spotted Paige on the platform because she decided to stay behind. 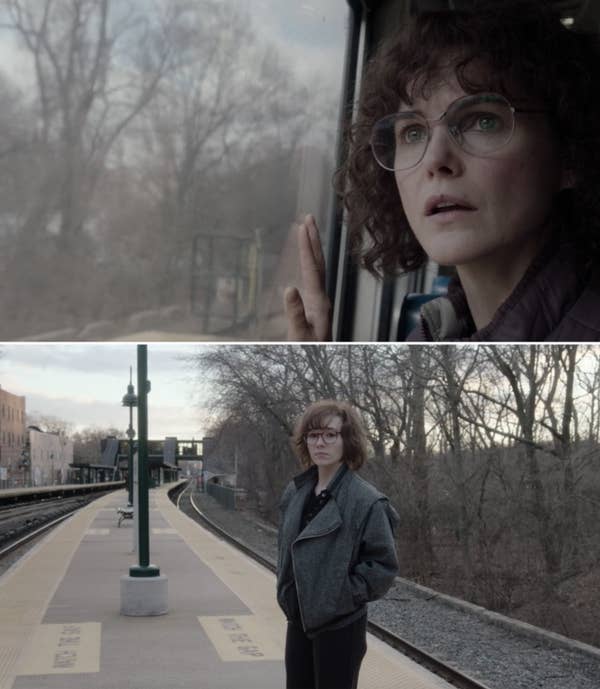 “This is, hands down, one of the most underrated scenes on a criminally underrated TV show. Just watching Elizabeth and Philip realize that they may never see their daughter again hurts. Not a single word was even exchanged in this scene, but wow, it was so powerful, and the emotion was palpable.”

20. On One Tree Hill, when Haley and Nathan reunited at the hospital after he was found.

“This was by far one of the best scenes in the entire show. It was also one of my favorite Nathan-and-Haley scenes. Plus, it was accompanied by ‘Never Let Me Go’ playing in the background.”