Throughout the nine seasons of How I Met Your Mother, fans got to watch the show’s beloved characters grow and develop, both as individuals as a group. The friendship of the iconic group, including those that no one saw coming, are some of the best in sitcom history and have provided so many wonderful moments as well as a slew of excellent and emotional quotes that sum up their friendship.
Whether they be from one-on-one conversations or broader statements of friendship from Ted’s narration, there are so many powerful quotes that always resonate with fans and have an emotional impact.

“You’re My Best Friend. I Don’t Need Objectivity. I Just Need Your Support.” 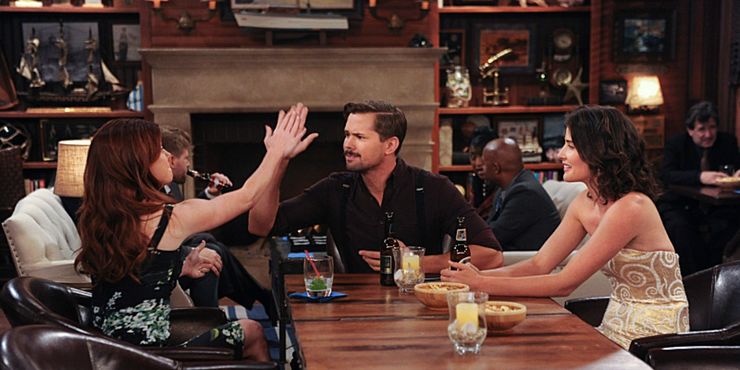 One of the biggest arguments in How I Met Your Mother came in the show’s final season between Marshall and Lily following Marshall’s acceptance of a judgeship.
Lily sought support from Robin, support it was revealed she did not have after a meeting with Darren. That prompted Lily to say this line, which is something everyone can relate to. Whether or not someone is in the wrong, they will always want the support and love of their friend to help them through something hard, which is what Lily wanted here.

“No Matter How Awkward You Feel, If You’re Not There For Him, You Will Always Regret It.” 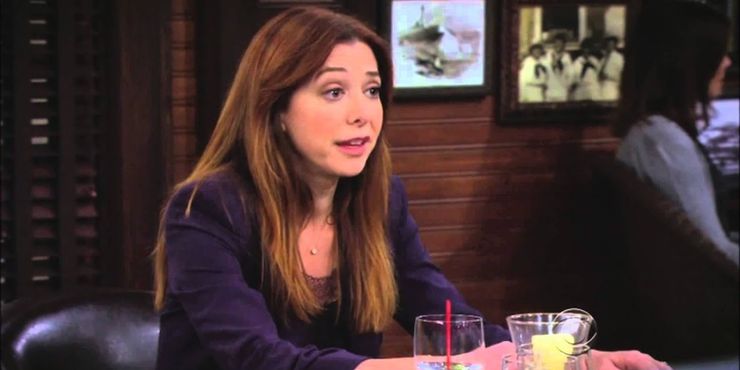 As the mother figure of the group, even though she had many immature moments, Lily is always handing out advice to the other characters. Often times this can be annoying, but sometimes it is heartwarming, and they can be poignant, important moments, like this quote to Ted.
The whole speech is about saying goodbye to the bad things in New York, rather than the good, and stopping avoiding Barney due to his feelings for Robin. Sometimes everyone has to swallow their pride and be a friend or risk regretting it for the rest of their lives, which Ted would have likely done had it not been for Lily.

“We Spend So Much Effort Trying To Keep Parts Of Our Lives Hidden, Even From Our Closest Friends, That In Those Rare Times When We Do Open Up, It’s Amazing How Minor Those Secrets All End Up Being.” 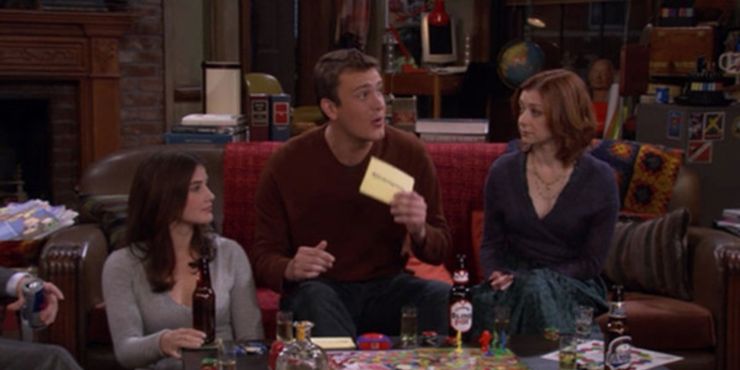 The episode “Game Night” sees the gang have a game night, led by Marshall, who is clearly setting the game up to get to know and make a judgment on Ted’s new girlfriend, Victoria.
This quote from Ted’s narration could be applied to both his friendships with the likes of Robin and to Victoria, who quickly got over his past with Robin. People always want to hide vulnerable aspects of themselves and hide past secrets and bits of baggage so as not to be judged or lose people when in reality, nobody really cares about such meaningless details. 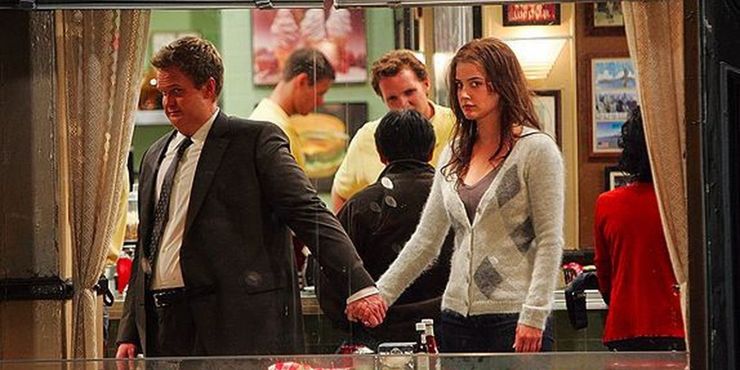 Many believe Barney and Robin were the endgame couple of How I Met Your Mother in terms of the will-they-won’t-they options. Together or not, the two were fantastic together and great friends.
When they broke up the first time, it was because they got to the point of severe unhappiness. When they civilly spoke about it, they agreed to break up, and instead of being sad, Barney pointed out that maybe they are “just two friends getting back together.” It is a pretty good message for those who were friends before partners and did not end on terrible terms, like these two. 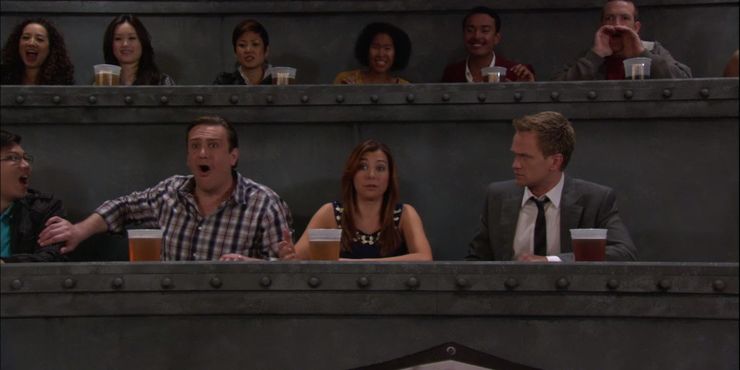 One of the saddest aspects of How I Met Your Mother, and a slew of other sitcoms out there, is the growing up of the characters to the point where they drift apart. This is a big part of How I Met Your Mother, particularly the finale.
This is a lesson that is particularly hard for Barney. Having dealt with abandonment issues and immense insecurities for his whole life, the idea of everyone drifting away scares him. As Lily points out to him after nobody can attend “Robots Vs. Wrestlers” everyone needs to move on and grow up with their lives, families, and careers. It is a tough message, but a real one.

“We’ll Always Be Friends. It’s Just Never Gonna Be How It Was. It Can’t Be. And That Doesn’t Have To Be A Sad Thing.” 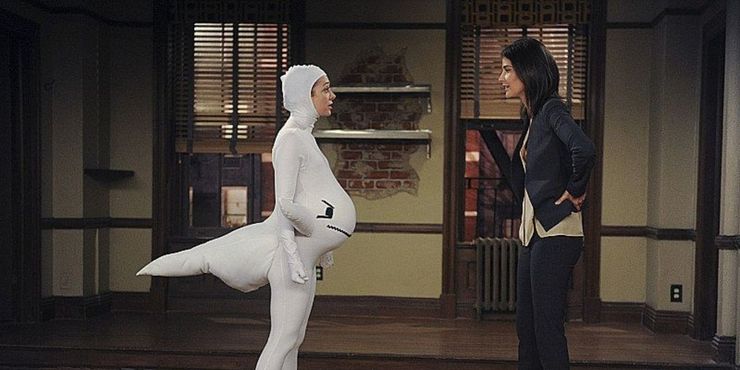 The finale of How I Met Your Mother did a lot wrong for fans, but it also had some good, emotional moments, such as Robin and Lily’s conversation on Halloween.
Robin decides to leave the Halloween party early, which greatly upsets Lily, especially since Robin had drifted further than any other friend. As Robin points out, everything has changed, though, and it is hard for her. They have all moved on, but rather optimistically, Robin points out that it does not have to be sad, which is probably something everyone should hold onto when that point in life comes.

“When I Let A Day Go By Without Talking To You … Then That Day Is Just No Good.” 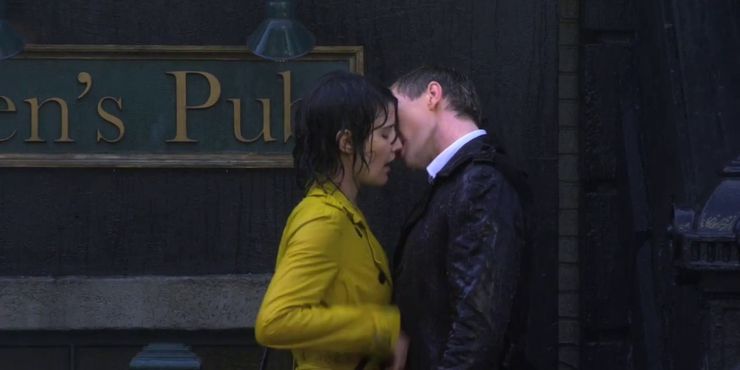 Going back to Robin and Barney, while there is romantic tension between the two for most of the show, and many of the quotes surrounding the two are to do with that, most of them can be applied to their and many other’s friendships.
After getting no phone call from her father during the storm, unlike everyone else, Robin was upset, and Barney made her feel better by telling her it is his loss. This is clearly more of a flirtation given it is these two, but it is still a great moment of friendship as the two were not together, and romantically or not, the two adored one another.

“The Friends, Neighbors, Drinking Buddies And Partners In Crime You Love So Much When You’re Young, As The Years Go By, You Just Lose Touch.” 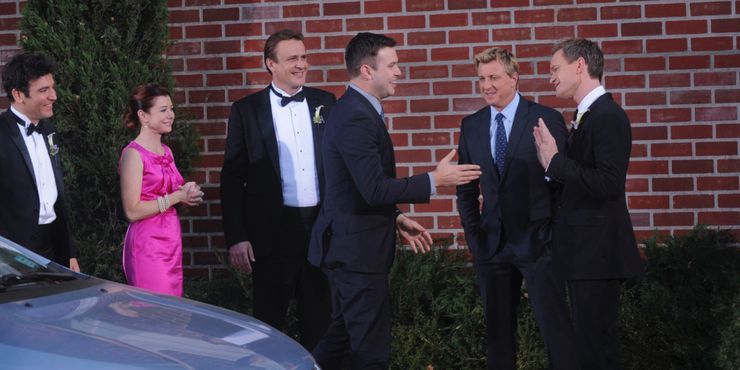 The episode “Gary Blauman” provided audiences and long-term fans of the show a montage of past beloved and hated characters and where they ended up in life. During this, future-Ted gives fans an emotional narration.
As fans see the likes of Kevin, the Blitz, Zoe, Blah-Blah, and more, Ted talks about how people move on, how time will pass, and people drift out of each other’s lives. It is a painful reality everyone is forced to deal with. Ted then goes on to give some great advice and says, “You will be shocked to learn how easy it is to part ways with someone forever, and that’s why when you find someone you want to keep around, you do something about it.”

“I-I Know I’ve … Missed A Couple Lately, But … We Said We’d Always Be There For The Big Moments.” 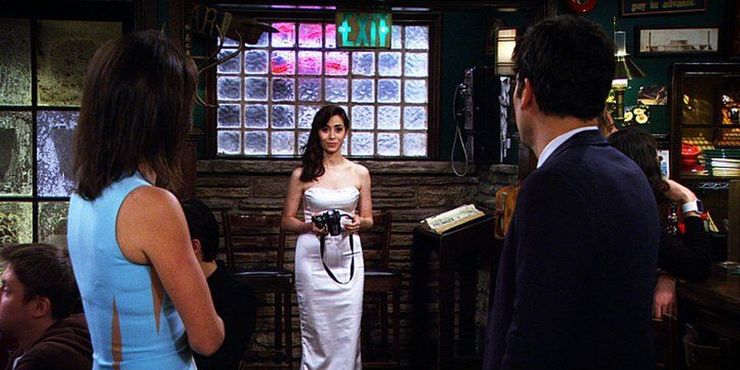 One of the big points of the finale is the gang being around for what Lily calls “the big moments.” As the group drifts apart, Ted, Lily, Marshall, and Barney tend to do just that. Robin? Not so much.
That makes it even more emotional when, after RSVP-ing “no,” Robin turns up at MacLaren’s for Ted and Tracy’s wedding. At that point in their lives, all that truly does matter is being there for the big moments. Even though Robin’s job pulled her away from her friends and from her marriage with Barney, in one of the most heartbreaking separations in the show, she manages to make it to Ted’s wedding, one of the biggest moments possible.

“Whatever You Do In This Life, It’s Not Legendary Unless Your Friends Are There To See It.” 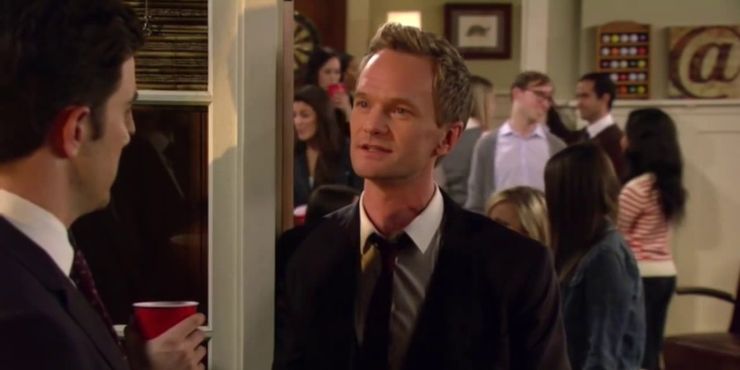 Barney Stinson may be a broken man, riddled with insecurities for much of How I Met Your Mother and fans have many unpopular opinions about him, but most will agree that there is nobody better to have as a friend.
He truly adores his friends, valuing their friendship more than he ever really is capable of letting on. A further reminder of this comes when, before his wedding, he teaches some random pair of guys the way of life, pointing out that no matter what they do, it can never be awesome without their friends there.