Let’s see if you agree with them!

1. Joey would have been more successful if he’d pursued a different career.

Joey started as an aspiring actor and although he had some wins throughout the seasons (starring in Days of Our Lives) he never did get his BIG break. The gang were very supportive of his acting career but as friends, I wished they pushed him to pursue other ventures that suited his interests, like opening a sandwich shop or something.

2. Rachel did steal Monica’s thunder on their engagement and it was selfish of her. 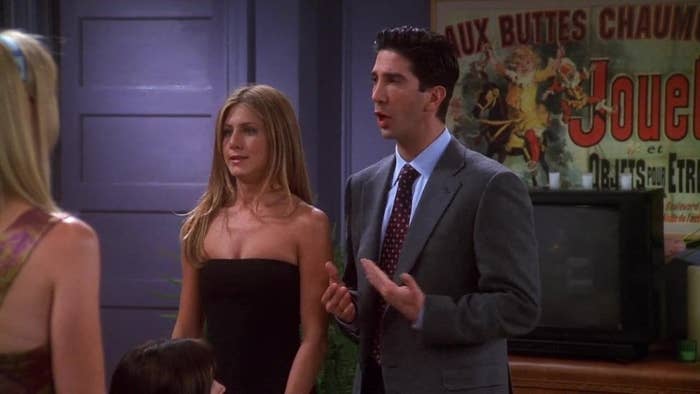 Your best friend just got engaged and you decide to make out with her brother in the hallway? Unbelievable. If I was Monica I would have still gone to the Plaza and told Rachel not to come. Her excuse wasn’t good enough – it’s okay to be sad but she should’ve been sad in silence – it was Monica and Chandler’s night!

3. That being said, Richard was way more compatible with Monica than Chandler was. 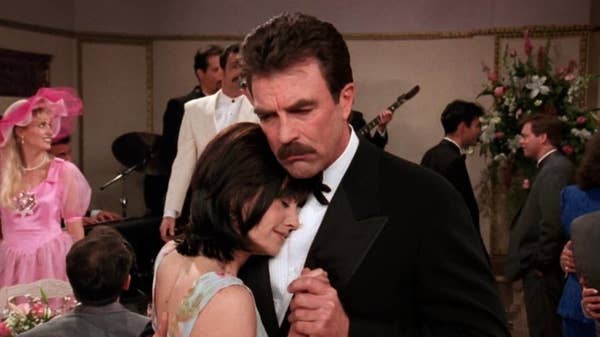 I love Chandler and Monica, I do. However, Richard did tick a lot of her boxes – he was her type on paper. Richard’s maturity, emotional intelligence, and the ability to have actual adult conversations made him a better match for Monica. This begs the question: had he wanted kids would Chandler be in the picture? Would he even be a serious contender? Highly unlikely.

4. Mike was actually quite boring. 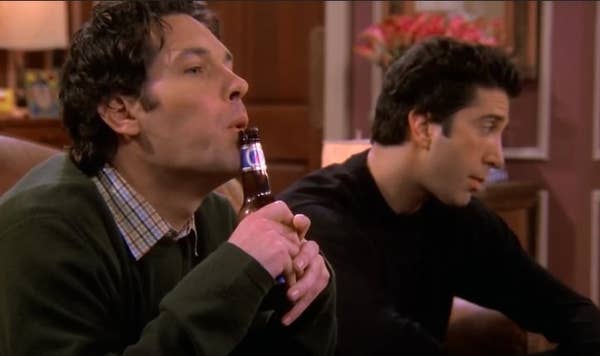 His humour was dry, he wasn’t that interesting, and I got the sense he didn’t like the gang. I also felt like Phoebe was compromising her bubbly quirky personality for Mike and that never sat well with me.

5. Janice was a lovely person and they were unnecessarily horrible to her.

Janice was a hoot to be around, the gang were just rude to her. The whole show concentrated on her weird laugh and the “Oh my God ” thing. Remove those and she was actually one of the sweetest people in the show. Chandler wasn’t boyfriend material until he met Janice – she helped him go through the tunnel of commitment! There would be no Monica and Chandler without Janice.

6. And Gunther should have been part of the gang!

Gunther had the most guest appearances, but we never really got to know much about him. The gang were at the coffee house every day but Gunther was barely invited to anything!

7. In fact, the whole group were really quite elitist. 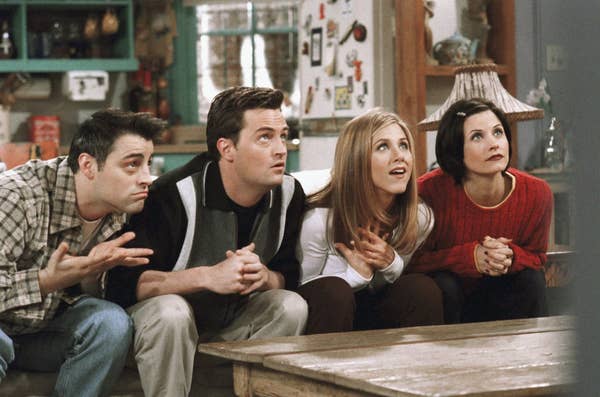 I felt like they always found something annoying to complain about when it came to people’s partners and potential new friends. Parker was overly enthusiastic, Amanda had her fake British accent, Paul cried too much. There was never anyone who “fit” into the friendship group. Perhaps they were the problem.

8. Roger’s analysis of the gang was completely true, they just weren’t ready to hear it. 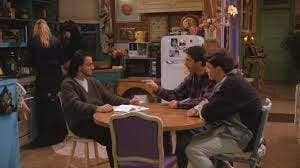 Roger called out their friendship for what it was: a dysfunctional group dynamic, where they are all emotionally codependent. He’s a psychiatrist. Did they expect him to lie?

9. The gang were bad friends for making it so hard for Ross to get over Rachel.

Ever feel like your friends want something to happen more than you do? The gang continued sponsoring the Rachel-Ross saga, which made it hard for Ross to get over Rachel and truly move on.

10. And for not telling Phoebe that she couldn’t sing. 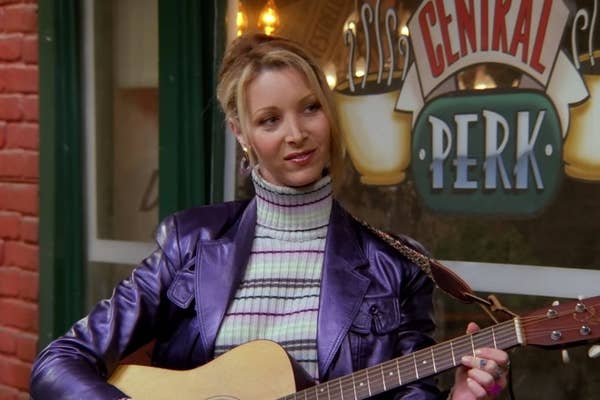 Yes, I loved “Smelly Ca,t” but let’s be real – Phoebe was tone-deaf and they all knew it. The gang tiptoed around Phoebe and even encouraged her to sing when they really should have told her the truth: she did not sound good.

11. Ross and Charlie made a great couple. 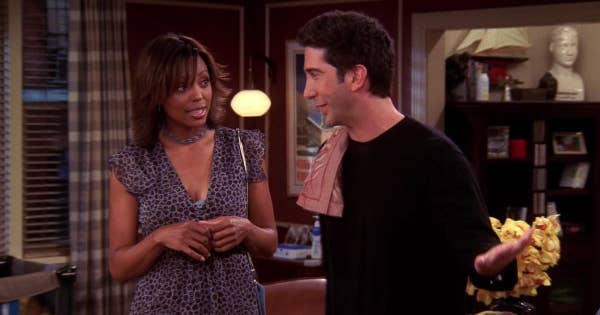 I couldn’t help but think when Charlie helped Ross re-write his speech for the palaeontology convention that they were undeniably perfect for each other. BUT, their growing flame was put on hold for the Joey-Rachel storyline. Ross, fueled by anger and betrayal, couldn’t see the right one was right in front of him. He was so not fine!

12. And Rachel and Gavin were cute together. 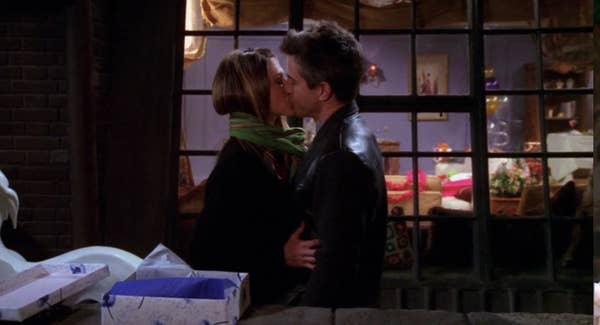 Rachel and Gavin had more chemistry in the three episodes he appeared in than Rachel and Ross’s whole relationship. I’m sorry, but it’s true! I wished we’d seen more interactions between the two.

13. We never saw Ben and Emma together, and that was weird. 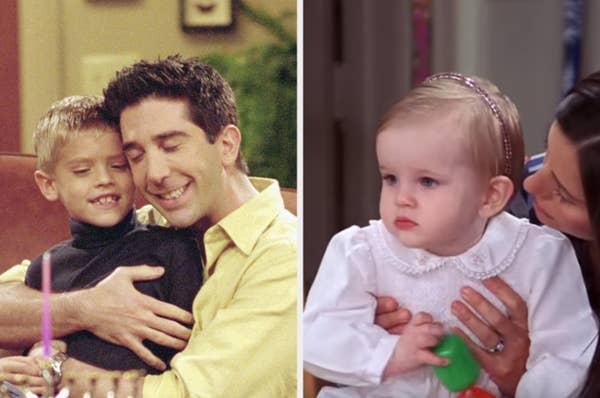 How cute would it have been to see Ben super excited to meet his baby sister? I think the producers missed out on an important storyline here. When did Ross have the conversation with Ben that he was going to have a sibling? How did Ben react to no longer being an only child? I have so many questions!

She was super controlling and would drive most people up the wall. She focused so much on being the perfect host that she was rarely any fun. In real life, you would ignore her texts, let’s be honest.

15. And Joey mooched of his friends so much that if it was real life, they probably would’ve ditched him.

For an aspiring actor trying to make it in the film industry, it’s not easy. You often have to do loads of part-time jobs to make ends meet. But Joey was lounging at home while everyone worked. Yes, he did work at the coffee house for a short period, but he relied on everyone else to cover him. Chandler pretty much paid for everything when they lived together and Monica fed him! In real life, this wouldn’t have run – he’s a grown man! 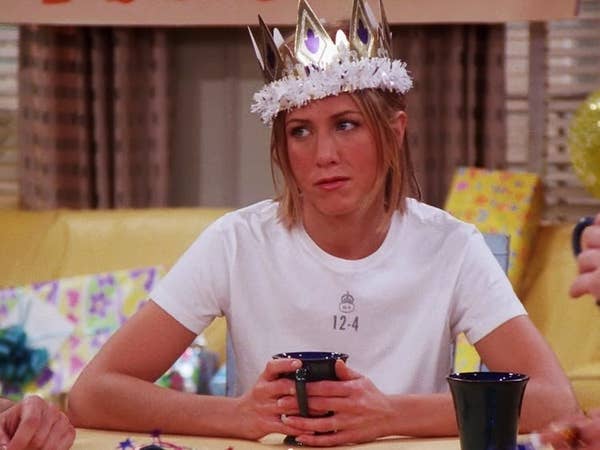 Granted, everyone gets a little sad about growing older, but honestly the episode “The One Where Everyone Turns Thirty” was dramatic AF. Rachel is miserable throughout the whole episode because she felt like she hadn’t achieved everything she wanted to – but she had the biggest glow up in the series! From gaining independence from her family, to being a waitress, to working as an executive at Ralph Lauren. Ralph Lauren! She was making big moves by 30 and that should’ve been something to celebrate. 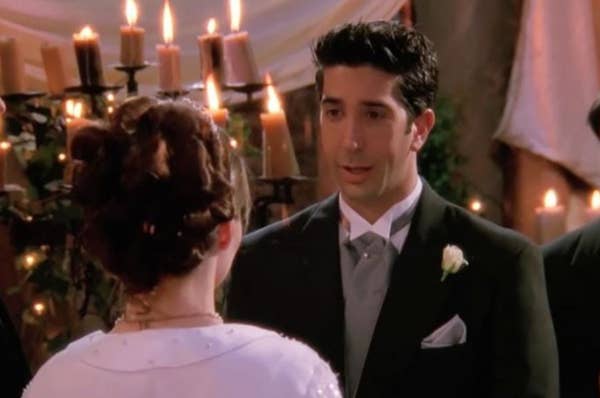 She was going to move her whole life to New York for Ross who dared to say the wrong name at the altar. In my opinion, Emily was well within her right to ask Ross to stop talking to Rachel.

18. And Rachel should NOT have gotten off the plane.

If Ross was Rachel’s “lobster” why couldn’t they have worked it out in all the 10 seasons of Friends?. Why at the very LAST minute did he choose to profess his undying love for her, when she was about to embark on this new and exciting journey. Ross was never encouraging of Rachel’s career – remember the scene he made in her office because of Mark? Her once in a lifetime opportunity to work in Paris – the fashion capital – went out the window because he didn’t have the guts to tell her how he truly felt earlier. Sorry…..not sorry.