The majority of these catchphrases come from Barney, something the gang touch on in “Spoiler Alert”. But that does not make them any less of an incredibly prominent and enjoyable part of the series. 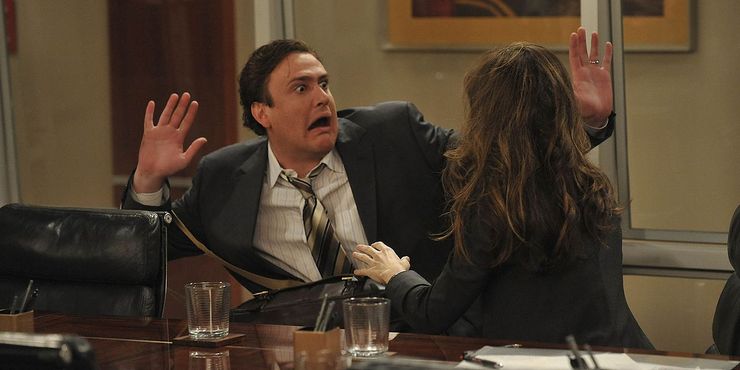 Marshall Eriksen’s career as a lawyer–and then, eventually, a judge–brings about many great recurring jokes and quotes, from changing up big Fudge to Judge Fudge to this catchphrase Marshall sparingly uses alongside “Lawyered.”
“I’ll allow it.” is basically oral permission from Marshall for something to happen and is just another way for him to whip out his lawyer lingo. It only pops up occasionally, like when Barney asks the gang to let him be himself, not as prominent as some other catchphrases, but one of Marshall’s go-to’s. 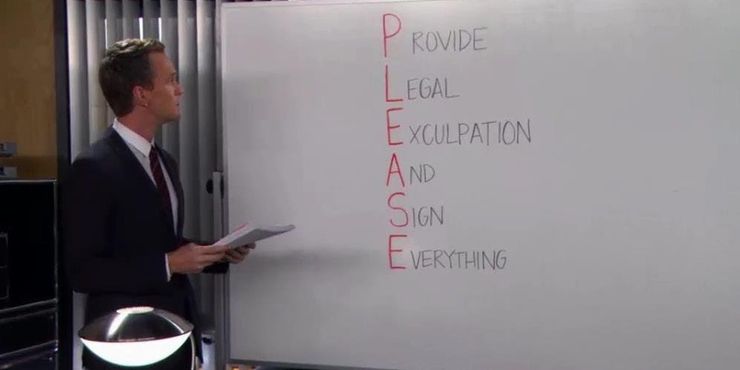 Barney Stinson’s job is one of the best and most prominent running jokes in How I Met Your Mother, with nobody knowing what his job was for a long time, only knowing he made a lot of money and wore suits in an office.
Anytime Barney was asked about his job, Barney would reply with a simple, nonchalant “Please.” Finally, in season 9, it was revealed that the word was actually an acronym for his job; “Provide Legal Exculpation And Sign Everything,” a risky career that was part of a master plan. The recurring phrase of “Please” always provided fans and characters with some funny, if not frustrating, moments. 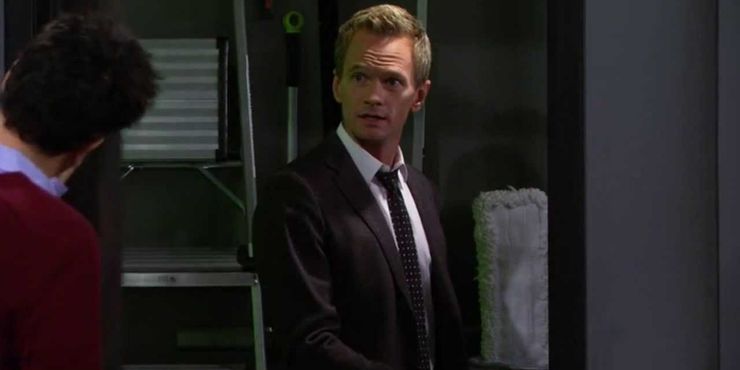 It is rare for the gang to totally go along with Barney’s antics. Often times they either sit by, allowing him to ramble and go on, but they also call him out on lying, and when that happens, he has a reply ready to go.
His typical dejected and frustrated “Just… OK” comes out whenever he is caught lying or whenever someone questions his plans and antics, such as when Ted does not let him talk through his Jor-El camera. Barney is a compulsive liar so the “Just… OK?” pops up a lot throughout the show. 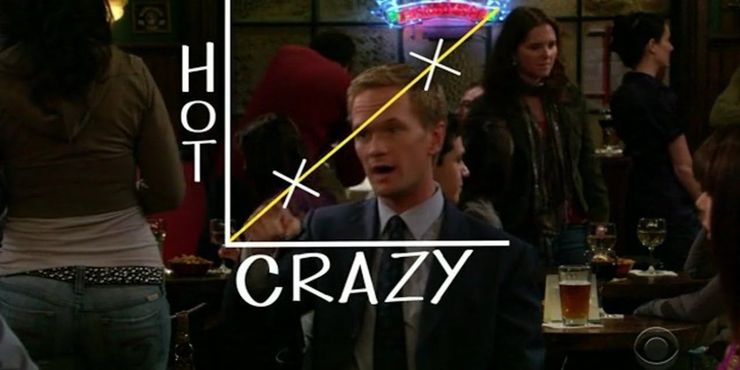 Speaking of Barney and his unnecessary lies, he has many disgusting rules that usually relate to picking up women or avoiding a specific type of woman.
What makes his rules so typically Barney, as well as making them funny, is the fact he always starts off revealing his rules with “I only have one rule.” In reality, Barney has hundreds of rules, as well as accompanying laws like the “hot/crazy scale.” Some examples of Barney’s ludicrous rules include “Never spellcheck.” “Never meet a girl’s parents.” and “You can tell how old a girl is by her elbows.” 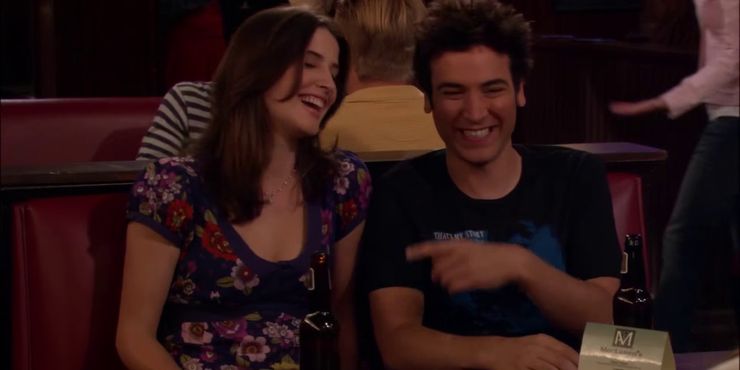 Ted and Robin do not have many catchphrases, most of them fall to Barney, but one they share together is an inside joke that takes many forms and infuriates the gang.
Using any form of military officer title that fits, whether it be Major or General, the two perform mock salutes whenever someone uses any of the words in conversation. Examples the two mock throughout the show include “General Knowledge,” “Private things,” and “Major pleasure.” 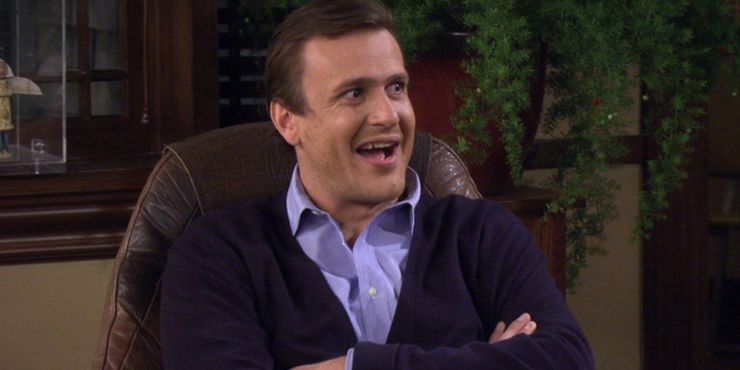 In the spirit of his profession, Marshall Eriksen coined the term “lawyered” to use whenever he successfully disputes someone’s argument with his epic law school knowledge.
It serves as a harsh and hilarious verbal “finisher” to anyone foolish enough to enter an argument with our “Big Fudge.” Although most of the time, Barney is at the other side of “lawyered,” such as their debate over the oldest profession with Marshall proving it not to be prostitution like Barney claims. 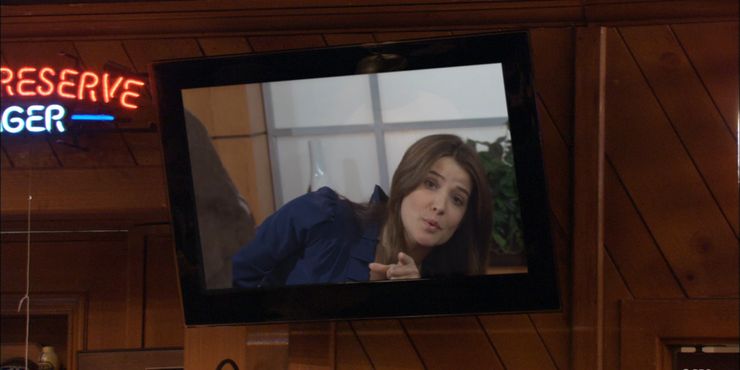 The quirky Robin Scherbatsky has a few specific habits, one of them being the repeating of “but…um,” especially during her pre-morning broadcast in Come On, Get Up, New York!
Robin’s unfortunate habit came to the gang’s attention in the episode “Jenkins” after Ted finds out that his students made a whole drinking game of it – one that inevitably leads to a debilitating hangover that arguably should have gotten Robin fired. Things are made worse by the fact that Robin believed her show to be “entertaining” for said students, not knowing it was merely an awesome drinking game. 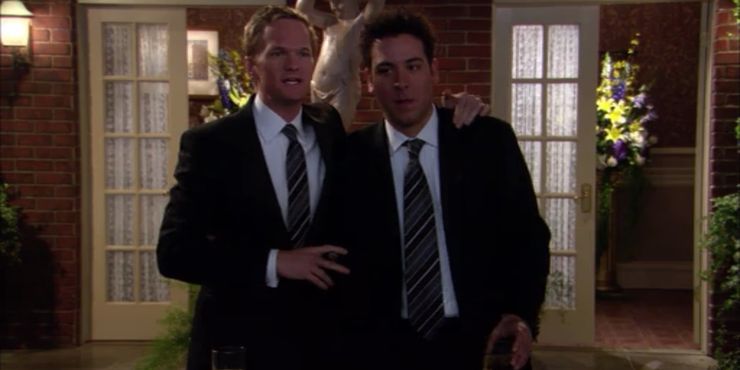 In his tendency to over-dramatize and emphasize his statements, Barney is famous for using the phrase “wait for it.” And though the phrase was first used to make his characteristic “legen-wait-for-it-DARY!” sound more potent.
It eventually found its way into our daily conversations and even the name of Marshall and Lily’s firstborn son, Marvin Waitforit Eriksen. Naturally, the show’s had much fun with this phrase; notably, the longest period between “wait for it” during the four months leading up to the premiere of season 3, given that the phrase was Barney’s last line in season 2. 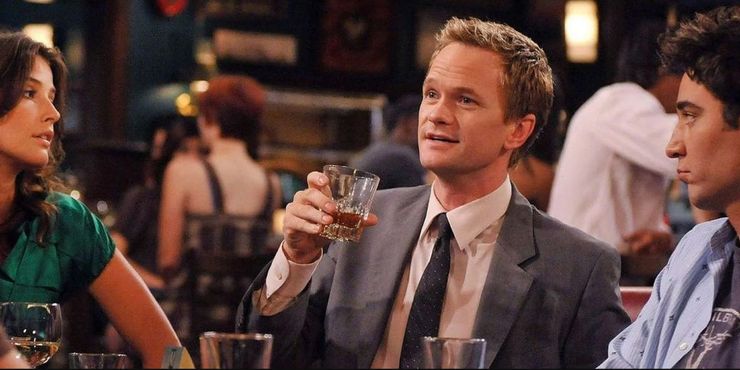 Though often accompanied by the aforementioned “wait for it” phrase in the show, our tendency of describing things as “legendary” in daily conversations now partly owes its popularity to Barney Stinson.
However, Ted has a point when saying that Barney is a bit too liberal with the phrase, as it should only be used to describe the most incredible life moments. In any case, as one of the show’s most prevalent catchphrases, it has had many variations – one of the very best being: “It will be legen—wait for it… and I hope you’re not lactose intolerant because the second half of that word is—DAIRY!” 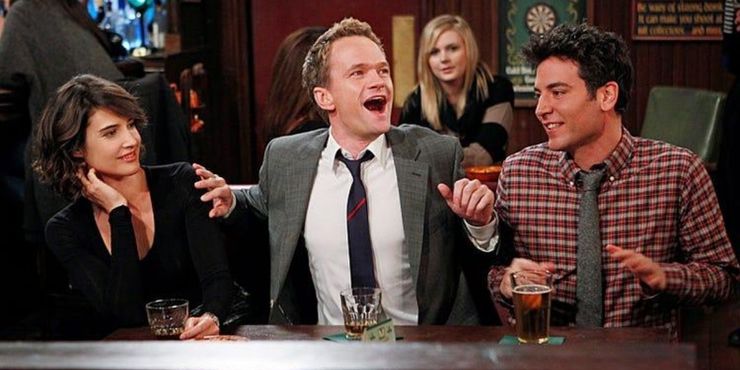 Though the word has been popular for quite a while now, Barney from How I Met Your Mother really wore it out, not just by repeating it to describe everyone and everything (unless they’re legendary) but by his pronunciation of it.
Looking back to the beginning of season two, fans might remember one of Barney’s most memorable quotes that use this word: “When I get sad, I stop being sad and be awesome instead.” Needless to say, this is something everyone should always keep in mind. 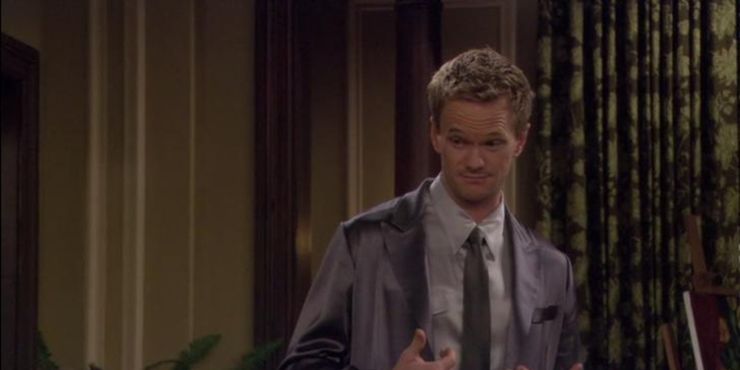 Barney’s iconic “suit up” advice is one of the few phrases with an origin story; it was the slogan of the suit store where the once-depressed Barney bought his first suit shortly after breaking up with Shannon.
With the help of this slogan, the hippie Stinson had the courage to “suit up” for the first time in his life, becoming the awesome Barney we all know and love. In all 9 seasons, there are only a couple of episodes where Barney doesn’t “suit up,” such as when attending a funeral. This is because he believes suits should be worn only to celebrate happy events. 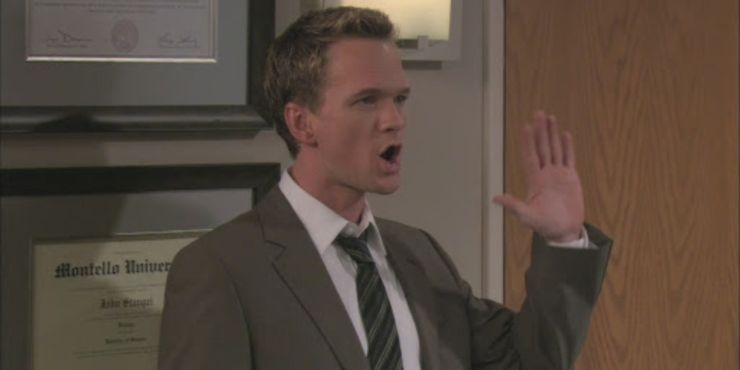 Barney is behind most of the phrases on this list, and this one is no exception. The frequent “What up” would be exclaimed by Barney after one of his frequent sexual remarks, often followed by a demand for a high five.
Over the course of the series, the phrase has been used in a variety of scenarios, and Barney never refrained from it if he saw the opportunity, regardless of appropriateness. In fact, that’s what made it so hilarious in the first place.

The humor element lies in the fact that Barney most often uses the phrase, with a completely straight face, when he states something which he’d like the gang to believe, even though it’s not true. An example of this is Barney’s frequent fake history lessons. Perhaps the best of the lot is his story about the origin of the rule to wait three days before calling a girl back, where he explains that Jesus waited the perfect number of days (three) to come back to life, inventing the high-five in the process. 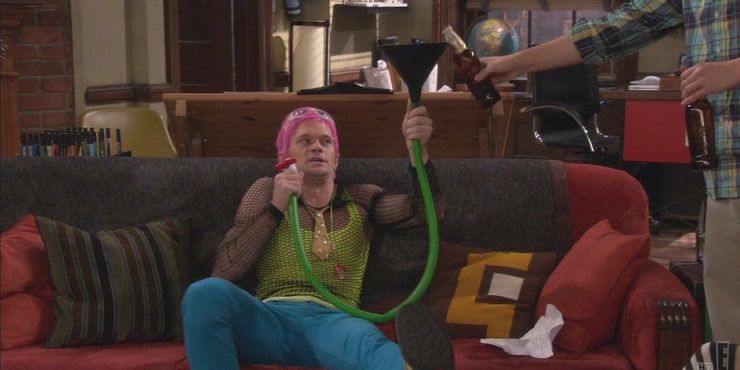 It’s no secret that Barney Stinson loves a good challenge. After all, we know he’s an incredibly competitive guy. The challenges he “accepts” are most often in some way connected to picking up women.
No matter how impossible it is, he always puts a great emphasis on completing his challenge, despite the fact that none of his friends really care if he succeeds or not. Still, there are a few exceptions where he didn’t quite pull it off, such as the girl with diapers and samosas. But probably the most impressive challenge Barney ever completed was the one where he gets Robin Scherbatsky to fall in love with him, even if fans have some unpopular opinions on their romance. 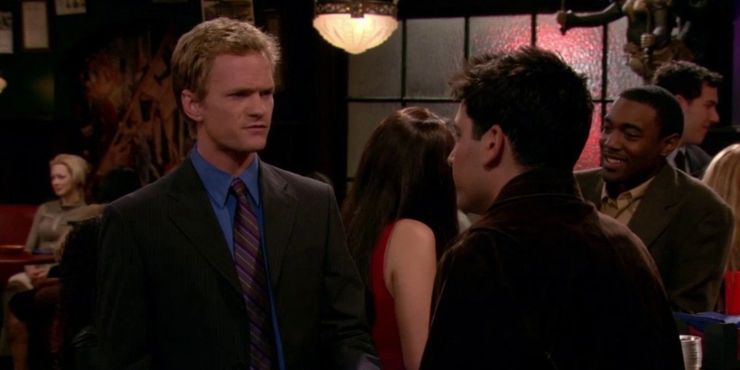 Every successful wingman has to have an authentic technique for introducing their single friends to potential partners, and Barney’s go-to phrase, in this case, is the simple “Have you met (the person’s name)?”
He even adds his little twist to the phrase by elongating the first word and then promptly leaving after putting his best friend on the spot. Yet, the famous “Haaave you met Ted?” has worked countless times, in spite of how evil it might seem. The phrase is extra important being the one that brought Ted and Robin together for the first time in season 1.